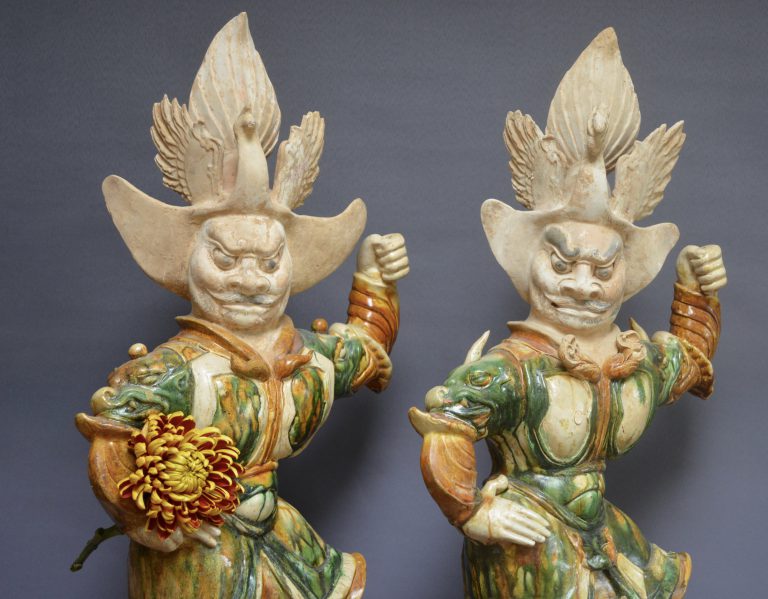 Opening hours are Monday to Friday, 8.30-4.30. Please leave a message on the answer phone if there is no-one to take your call. They will get back to you. Please note that visits to the laboratory are by appointment only.

Oxford Authentication Ltd was formed in 1997. Since its formation, we have performed over 18,000 tests. Clients come from all parts of the world, and include major museums, auction houses, dealers and collectors. The company is international, with representatives in Hong Kong, the USA and Europe, as well as in countries such as Australia, New Zealand, Israel and South Africa.

Their thermoluminescence (TL) laboratory has state-of-the-art equipment. There are three fully automated, computer-operated Riso Minsys TL readers that are constantly updated, and they have twelve Elsec alpha counters. The alpha and beta sources, integrated in the TL readers, have been fully calibrated in collaboration with workers in Australia and Munich, and the dose-rate adjusted each year. Since the TL signal can be very faint in some samples, the photomultiplier tubes in the TL readers are specially selected to be most effective. 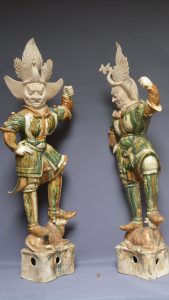 What sorts of piece can be tested?

Analysis of the results shows that 92% of tests either give ages consistent with those expected within the 20% limits or the piece is modern. The results of another small percentage of the tests lie just outside the 20% range, and there is little doubt whether these pieces are ancient or modern. Of the remainder, some cannot be dated because of problems with the material sampled: there may be a spurious signal (see below), or there is contamination, or the samples are too insensitive to radiation. Other pieces will have been misattributed. Occasionally, pieces have to be re-tested.

In authenticity testing, Oxford Authentication usually wants to distinguish between modern copies and original pieces. So one important question is when the modern copies might have been made. If there were no modern copies until the 20th century then, providing the sample is sensitive and they do not obtain a spurious signal, the practical limit for a trustworthy test is the 18th century. They regularly test Kangxi porcelain, and Staffordshire ware pottery. Italian Renaissance pieces are more difficult. Here the pieces were frequently copied in the 19th century and so that even these 19th century copies have a TL age. The latest pieces in this case would be the 17th century for reliable testing.

Pottery Sampling :
If you would like your pottery item tested, get in touch with them via their contact form. They will need to know where the piece is located so they can recommend the closest sampling agent to you, or arrange to come and sample it ourselves. Oxford Authentication will also need to know what type of piece it is, for example a Pre-Columbian pottery figure or a Chinese porcelain vase. All sampling is carried out in a darkened room by an accredited agent.
They need a 100mg sample of powder from an inconspicuous area of your object. This leaves a hole the size of the tip of a pencil lead. It is usually necessary to take more than one sample to check that there are no restored areas and that different parts of the piece are made from the same clay.
An image of the piece must be submitted with the sample. This may be an actual photo, or on a CD or emailed by the agent.
Details are entered onto a data card which is sent along with any photographs and the sample(s) to our laboratory for testing.

After testing your piece, they will issue you with a one-page report. Samples are normally processed within three weeks and once payment is received, preliminary results are emailed or faxed. Original reports will then be posted to you.

Porcelain Sampling :
All sampling is carried out by in a darkened room by an accredited agent. See photograph for an example of removing a core sample from porcelain.

Porcelain is fired to a higher temperature than pottery. It is so hard that they cannot use the same kind of drill to take samples as done with pottery. Instead they use a hollow diamond core drill to remove two cylinder shaped cores from the base or other unglazed part of the object. The cores are 3-4mm in diameter and 5mm in length. All sampling is carried out under running cold water to stop overheating the cores.
An image of the piece must be submitted with the sample. This may be an actual photo, or on a CD or emailed to us by the agent. Details are entered onto a data card which is sent along with any photographs and the sample(s) to our laboratory for testing.

After we have tested your piece, we will issue you with a one-page report. Samples are normally processed within three weeks and once payment is received, preliminary results are emailed or faxed. Original reports will then be posted to you. 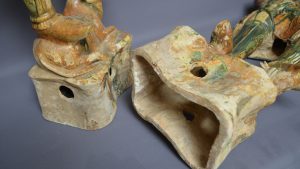