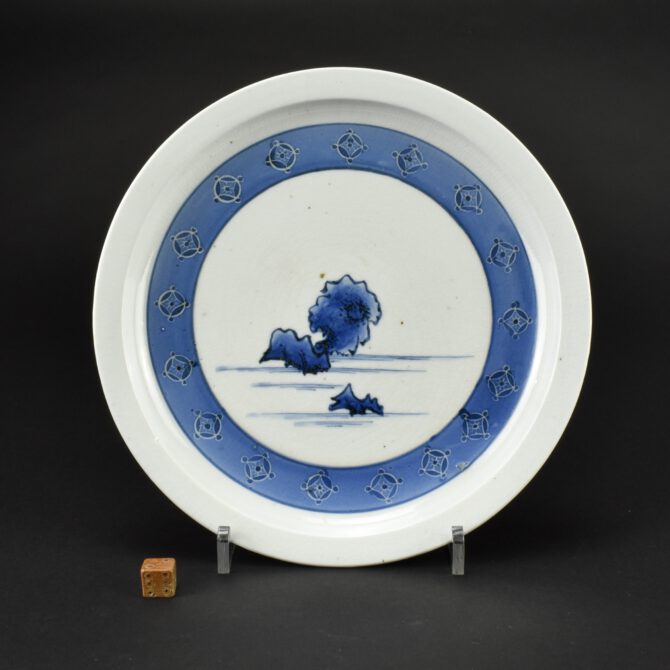 A Japanese Blue and White Porcelain Dish Ko-Kuntani Type, Arita Kilns, Kanbun 寛文 (1663–1673) or Enpô 延宝 era (1673 – 1681). This 17th century Japanese porcelain dish has a narrow rim and a small but steep incline to the well of the dish. The scene probably depicts a Karesansui or Japanese rock garden, often referred to as a Zen Garden. Three rocks are carefully placed, with one rock displayed upright, making a Classic triad rock composition. The raked gravel is depicted as flat lines with the rocks appearing to almost float on the surface. The pale blue ground with a pale lilac tint, Cash emblems are highlighted using the Sumihajiki technique of wax resist, or perhaps scratched to prior to glazing. The glaze has a pale blue-green tint and the Ko-Kutani type the glaze is evenly crazed to the front and back. There are four concentric lines to the back, and three spur-marks to the base.

Condition
In excellent condition, the glaze is evenly crazed to the front and back.
Size
Diameter 21.6 cm (8 1/2 inches)
Provenance
A Private English Collection of Japanese and Chinese Porcelain.
Stock number
26036 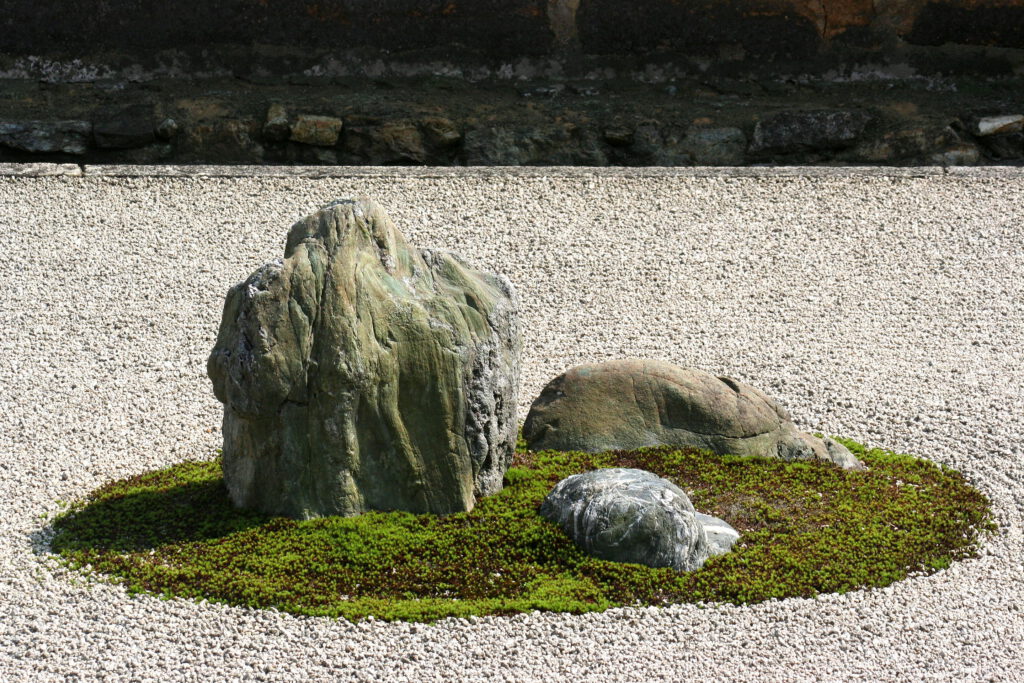 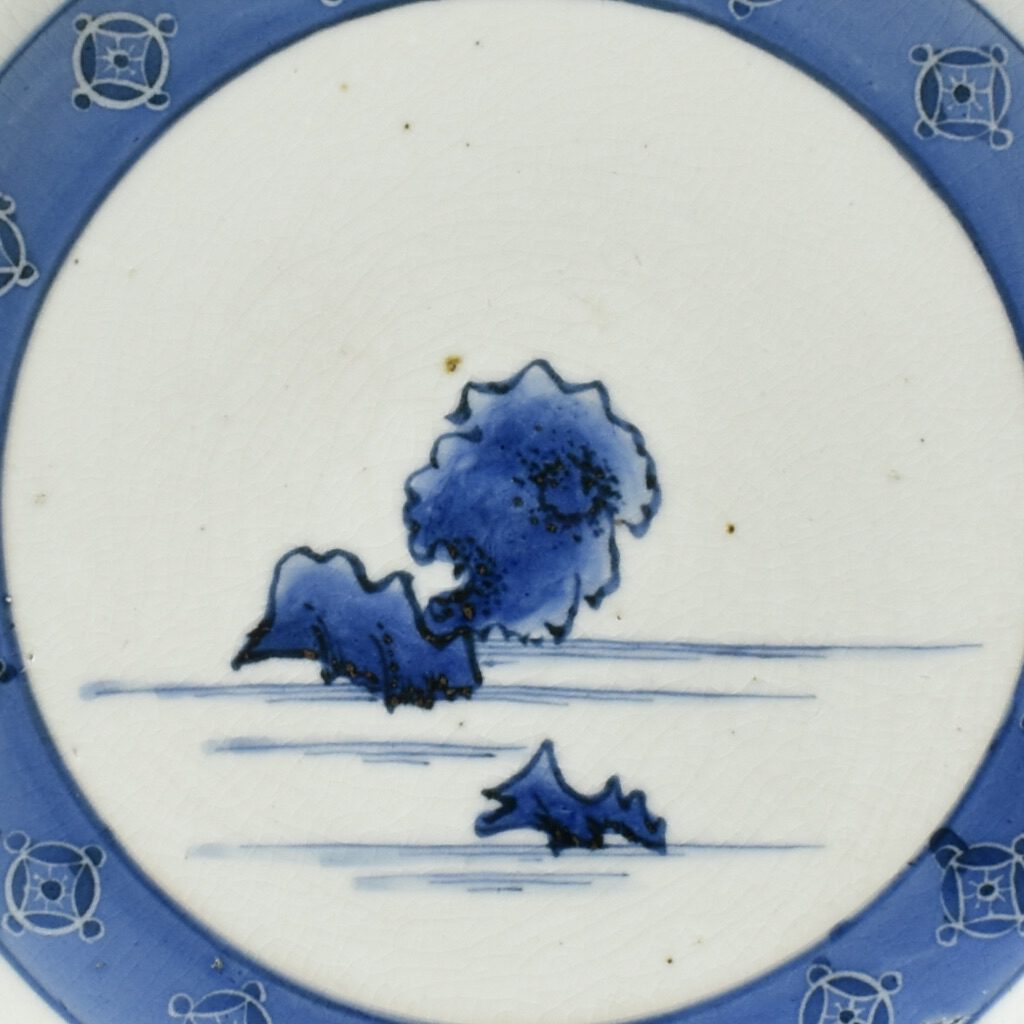 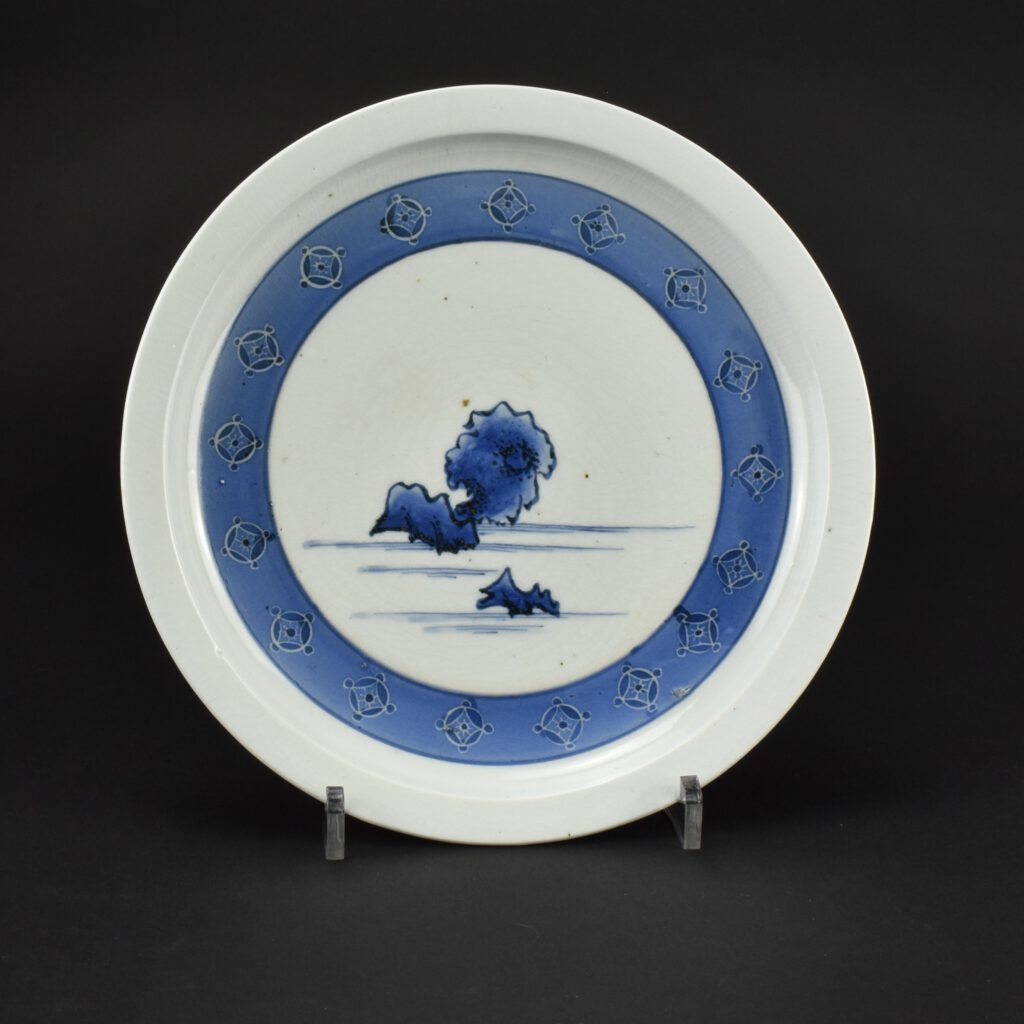 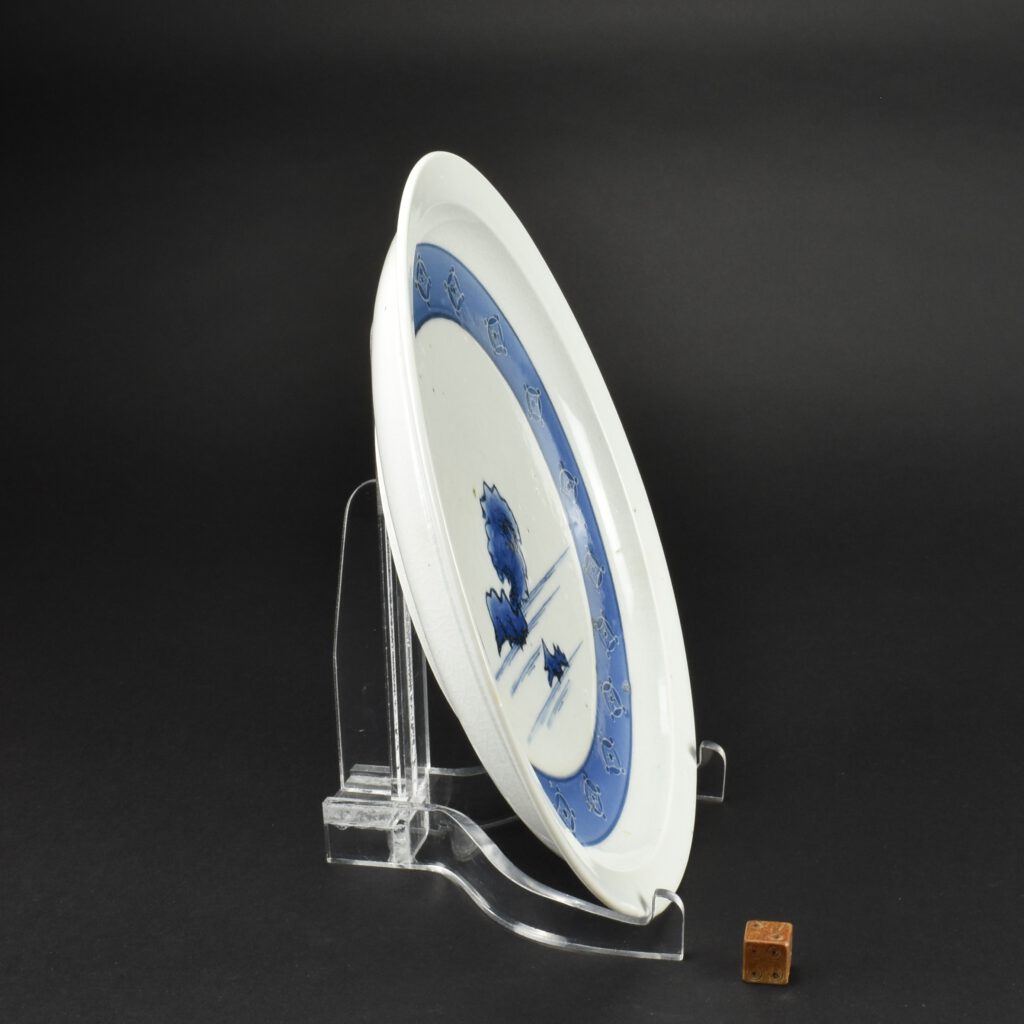 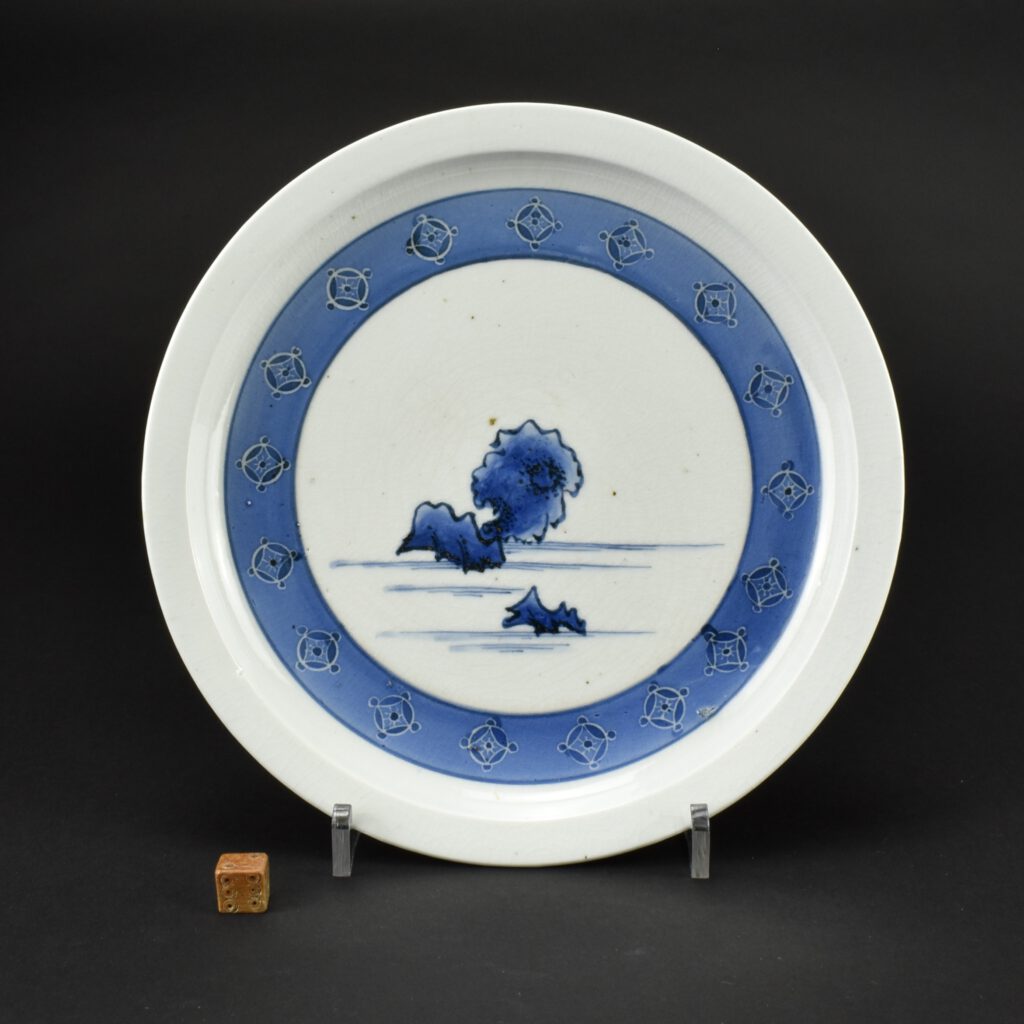 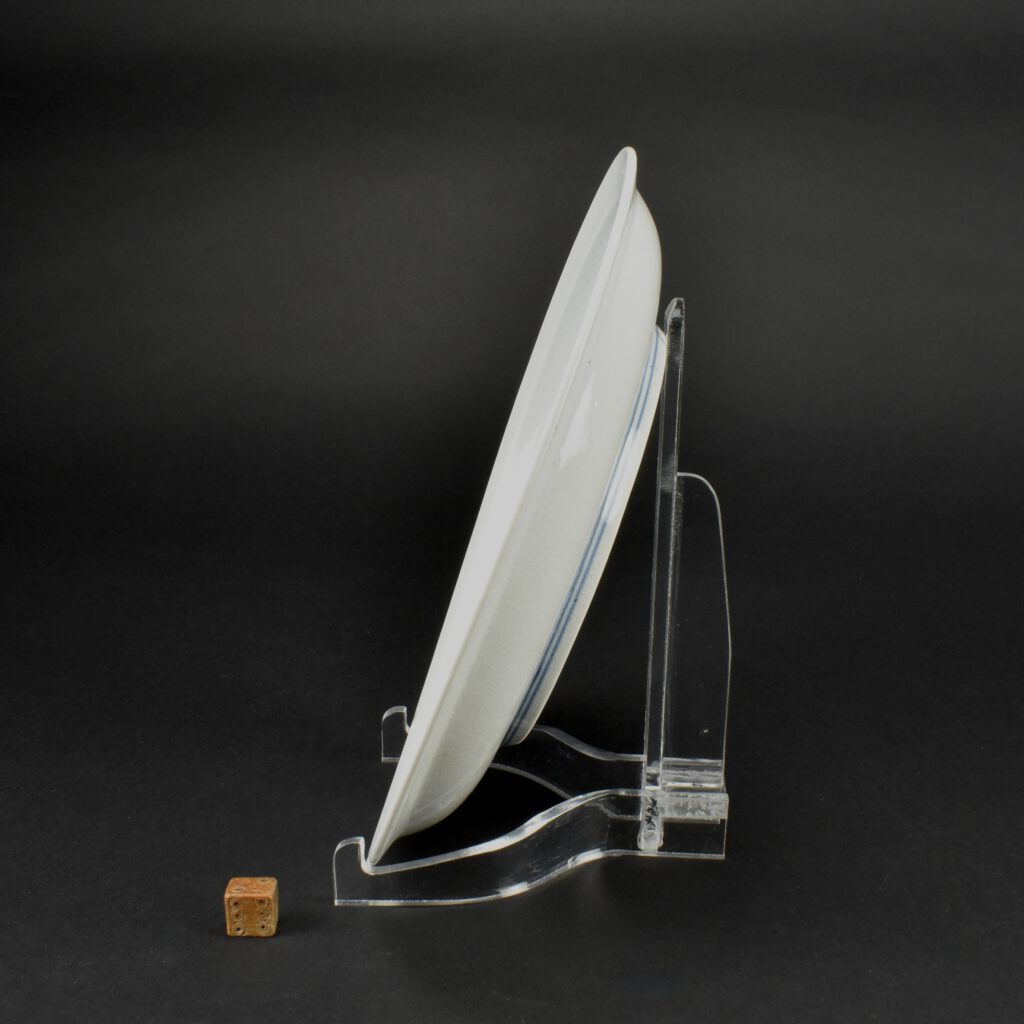 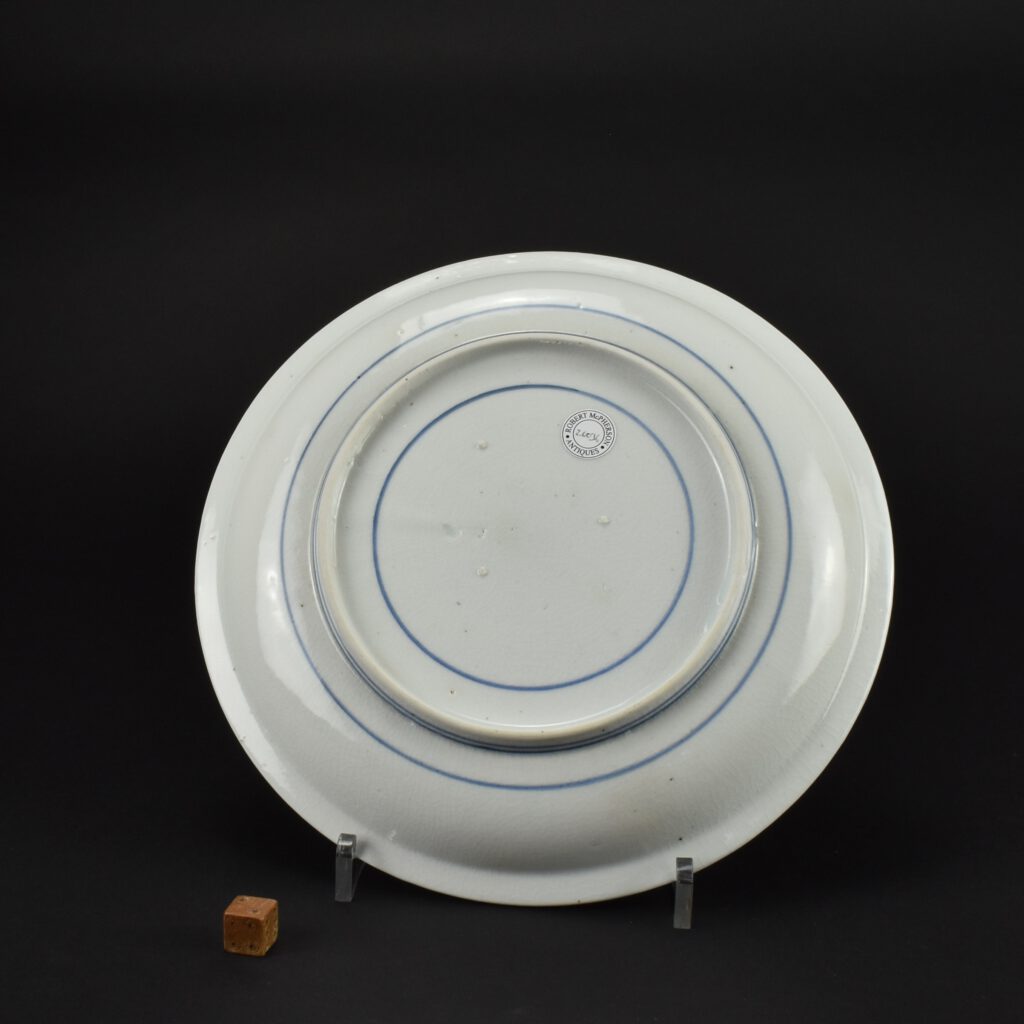 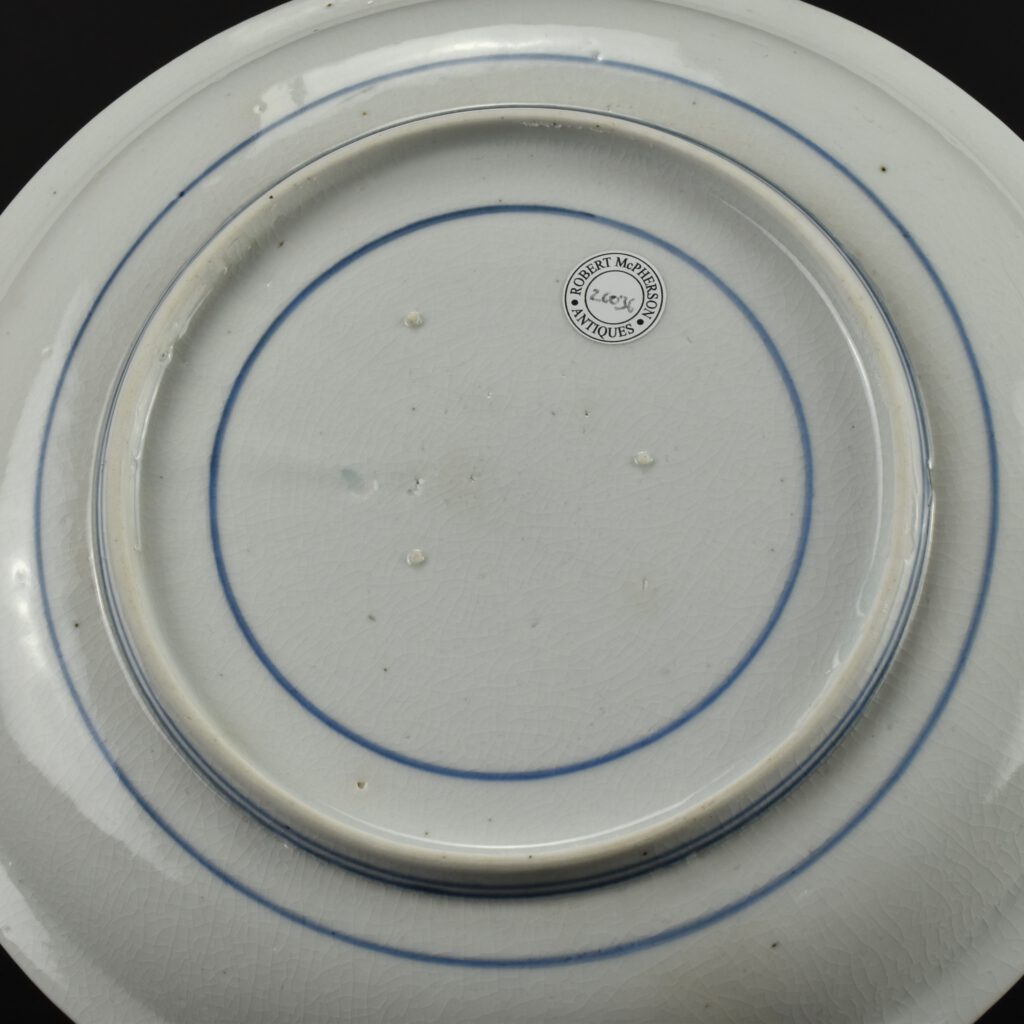