A Group of 19 Ming Blue and White Porcelain Bowls Made for the Japanese Tea Ceremony Meal, Late Wanli to Chongzhen c.1610-1640. This unusually large group of Ming porcelain bowls depicts Pak Choi (Chinese cabbage, see below) within the well of each bowl. The painting is quickly done using a fully loaded brush, there are no outlines, but wax resist has been used to show veins in the leaves. Chinese cabbage was known for its health-giving properties and it often appears in designs on Chinese ceramics. This particular design was popular in Japan, it is not only seen on Ming porcelain made for Japan but also on Japanese porcelain of the early 17th as well as the late 19th century. A single Ming porcelain bowl (from a group of five) of this design is illustrated in – Complete Catalogue of Shibata Collection (Contributors Saga Kenritsu Kyūshū Tōji Bunkakan. Published by the Kyushu Ceramic Museum, 2019) page 542, plate 4324. Also in the Shibata Collection is a Japanese porcelain bowl which is remarkably similar to the present Ming porcelain bowls in shape and design but more significantly painting style, they have been dated to 1630-1640, Shibata page 12, plate 0084. It might be that the Ming version is based on the Japanese ones from the 1630s, not the other way around. That would place the 18 Ming bowls for sale here to the 1630s. The 19th century Japanese examples are clearly later copies, probably based on the Ming version as they imitate Ming porcelain ‘chatter-marks’. 17th and 18th century Japanese porcelain was widely copied during the 19th century, many were specially made in Japan as replacements or additions to sets for the tea ceremony. 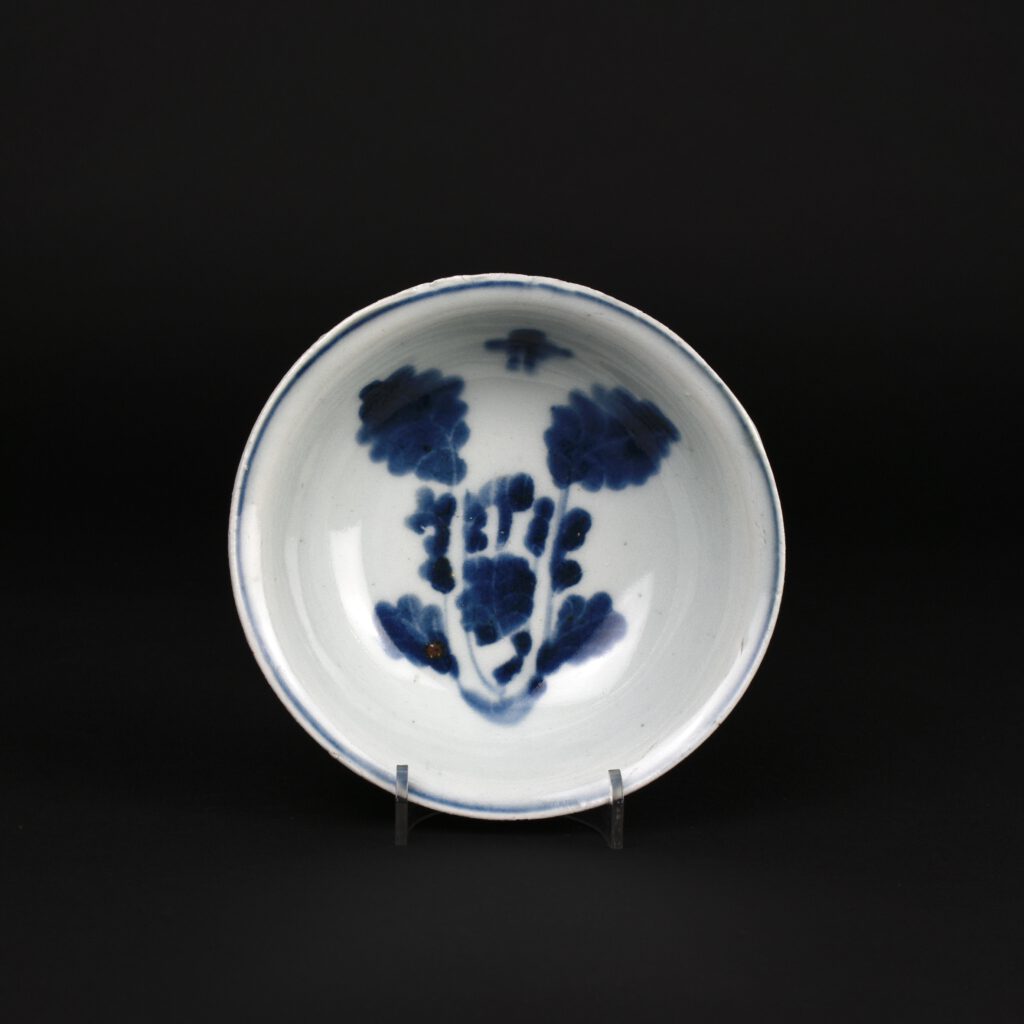 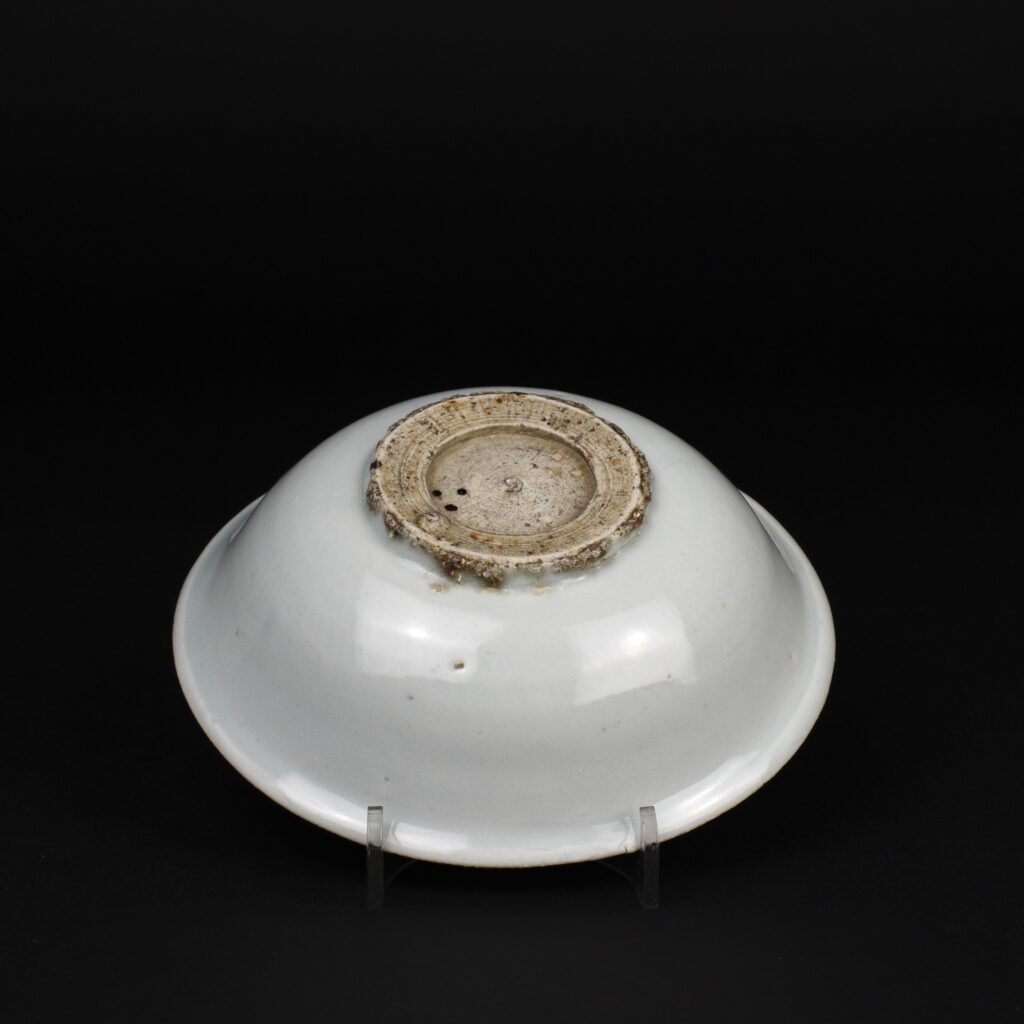 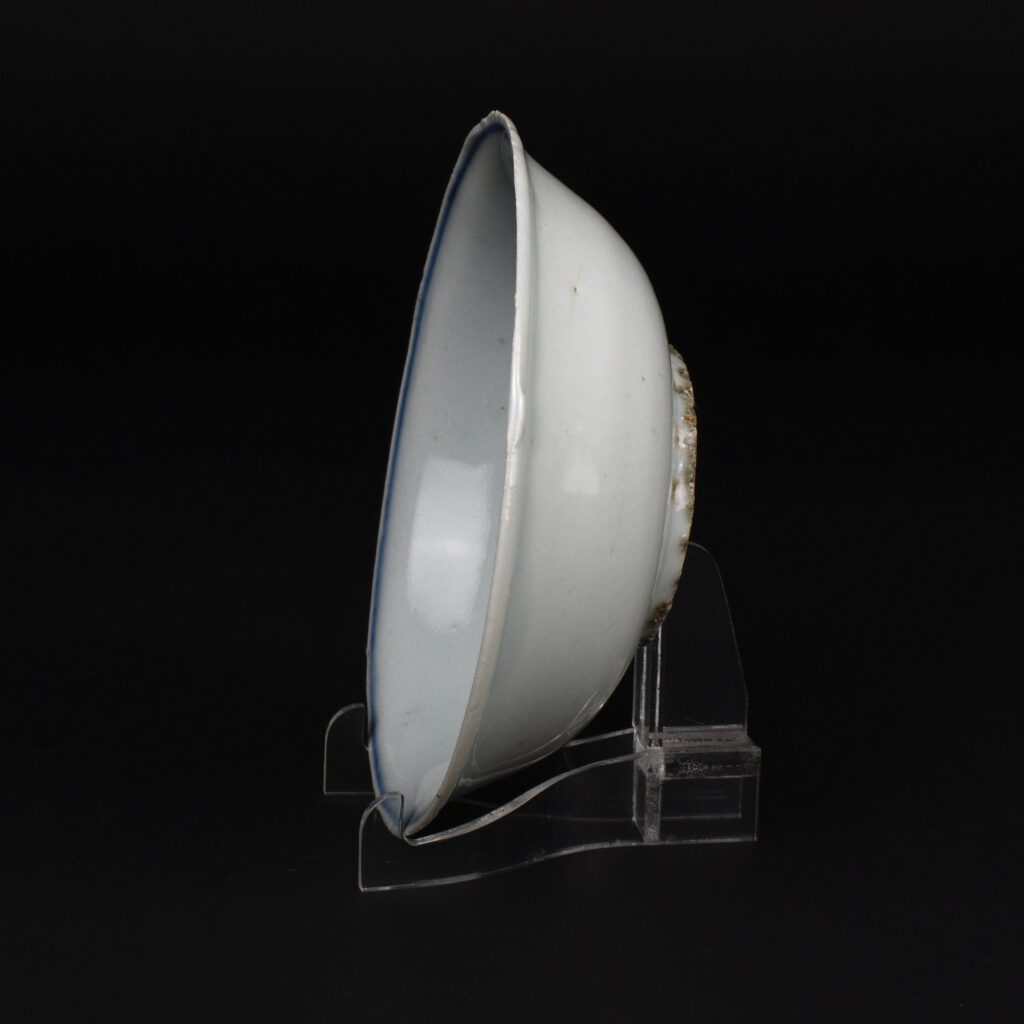 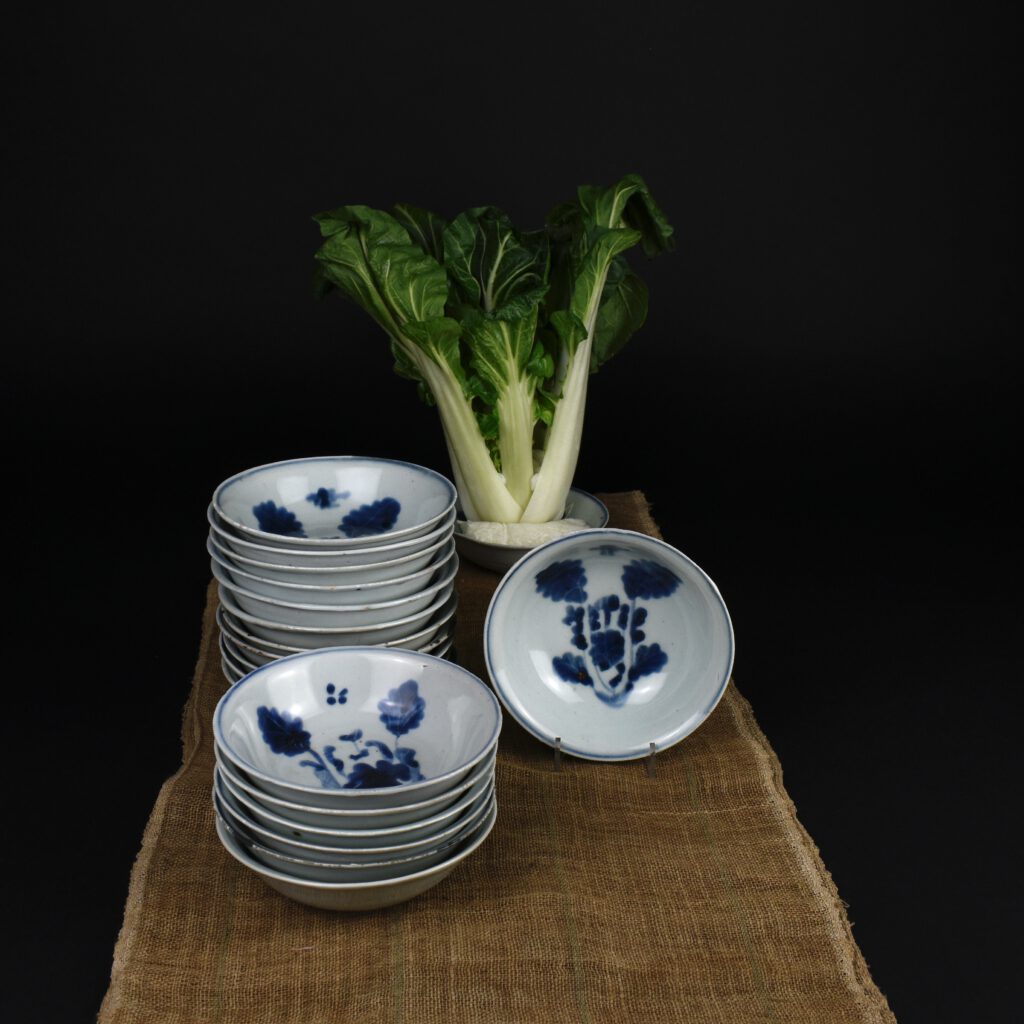 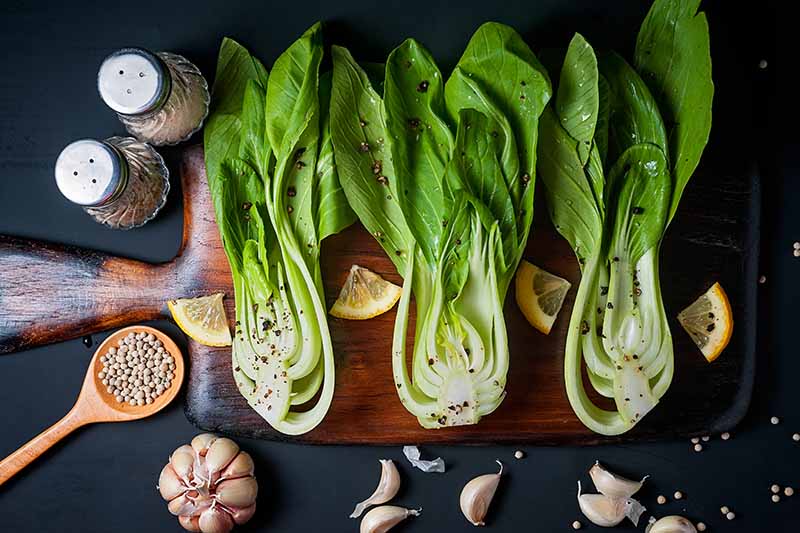 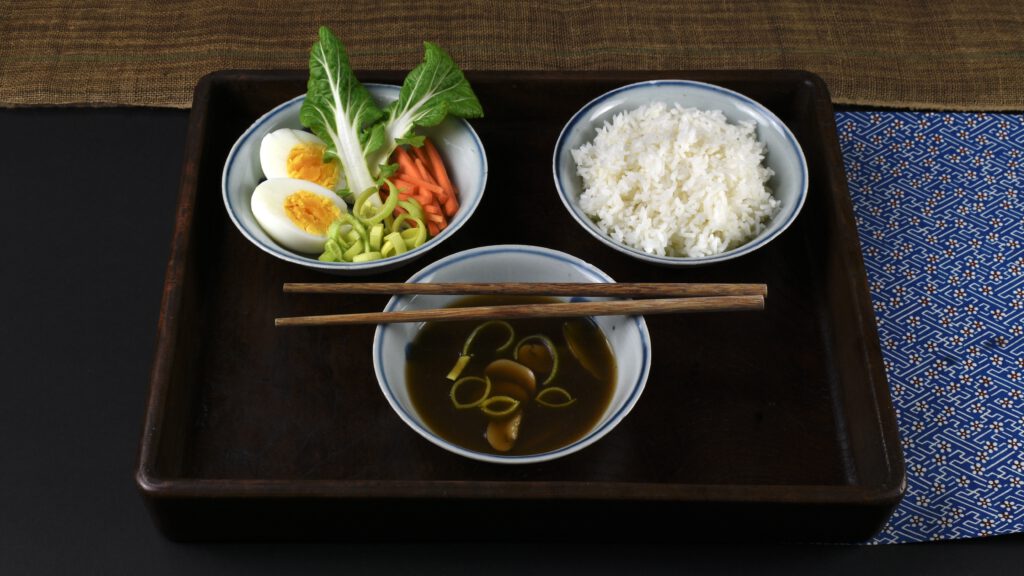 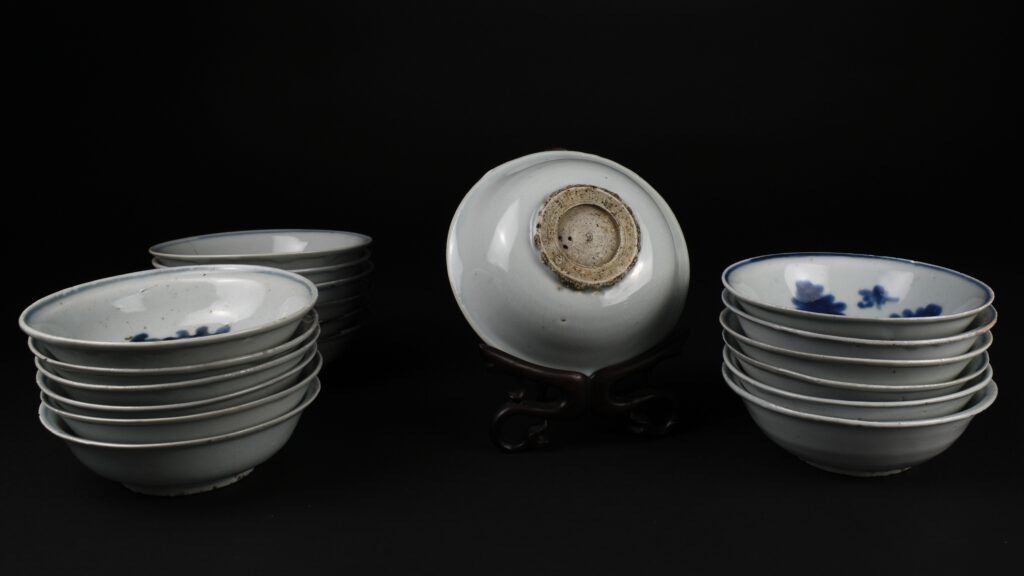 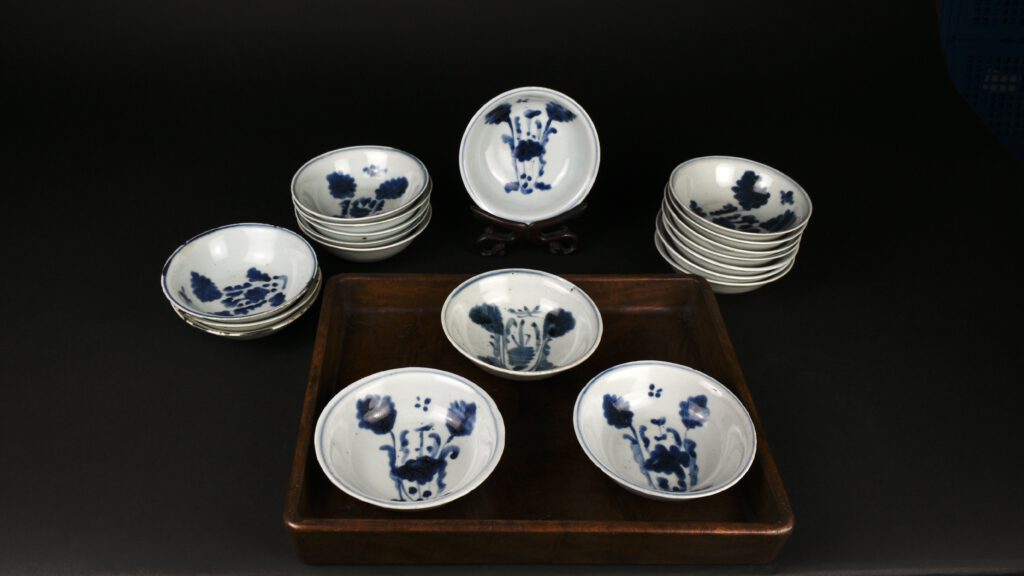 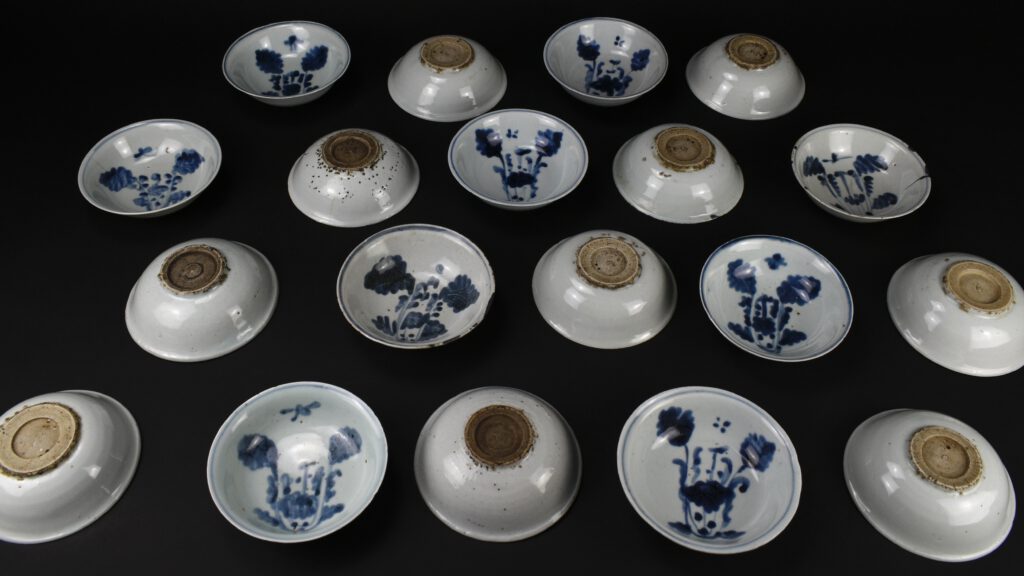 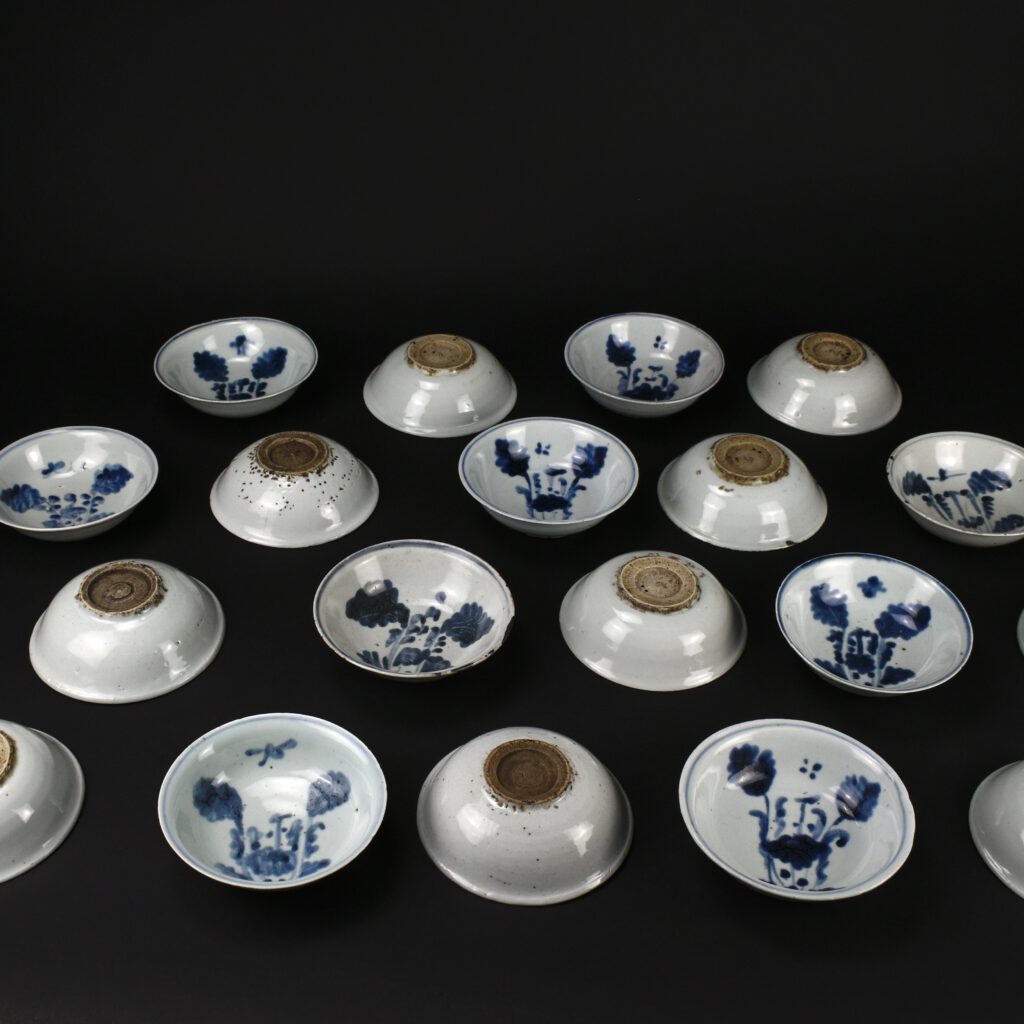 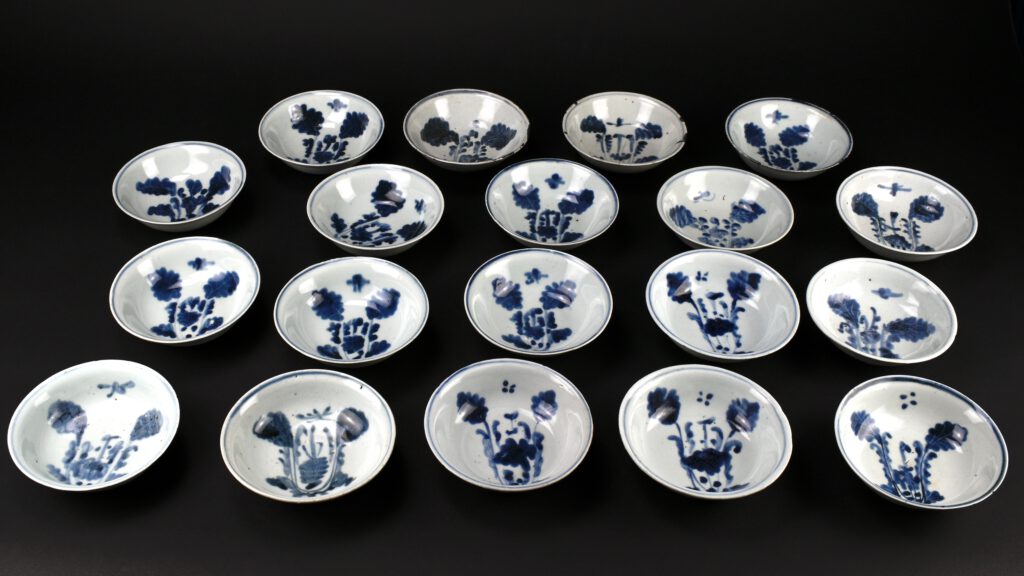 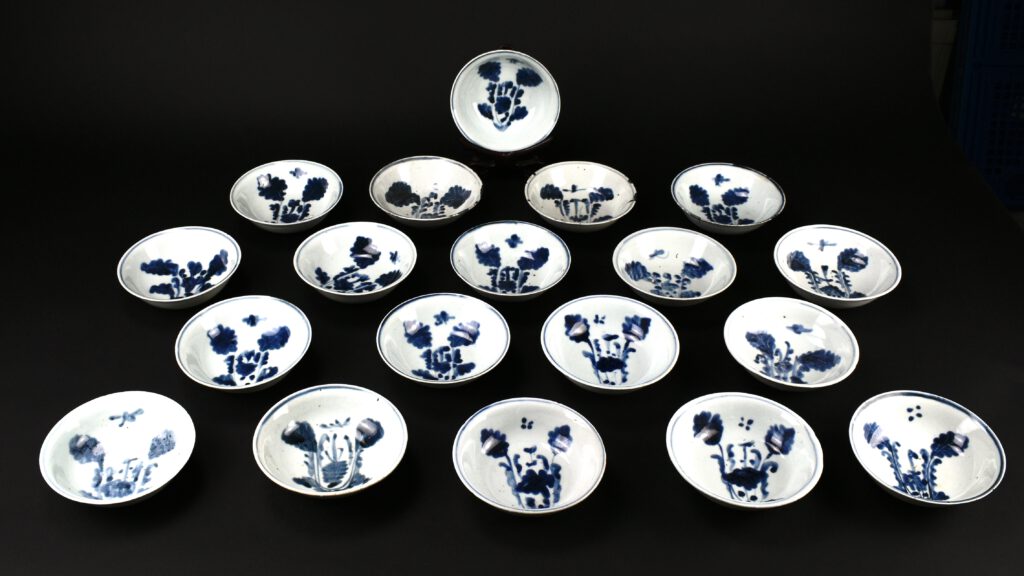 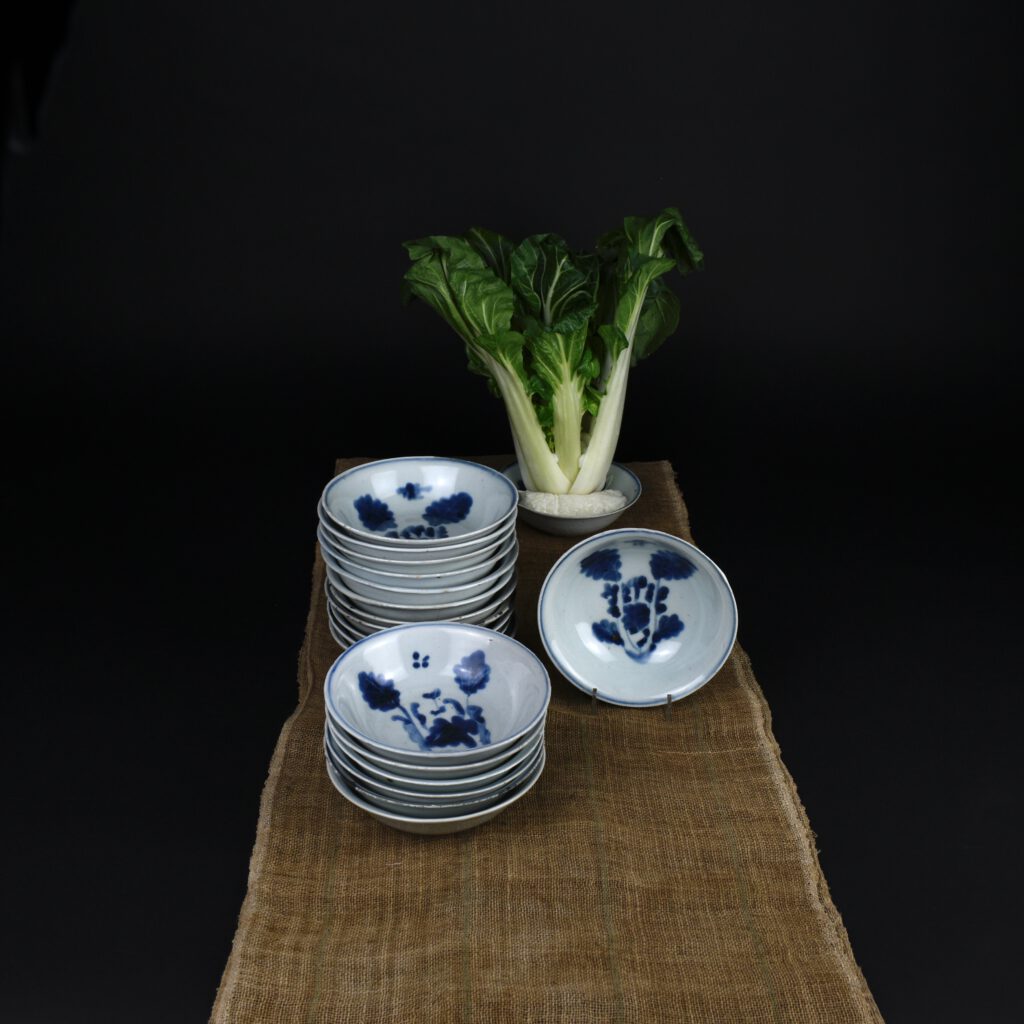 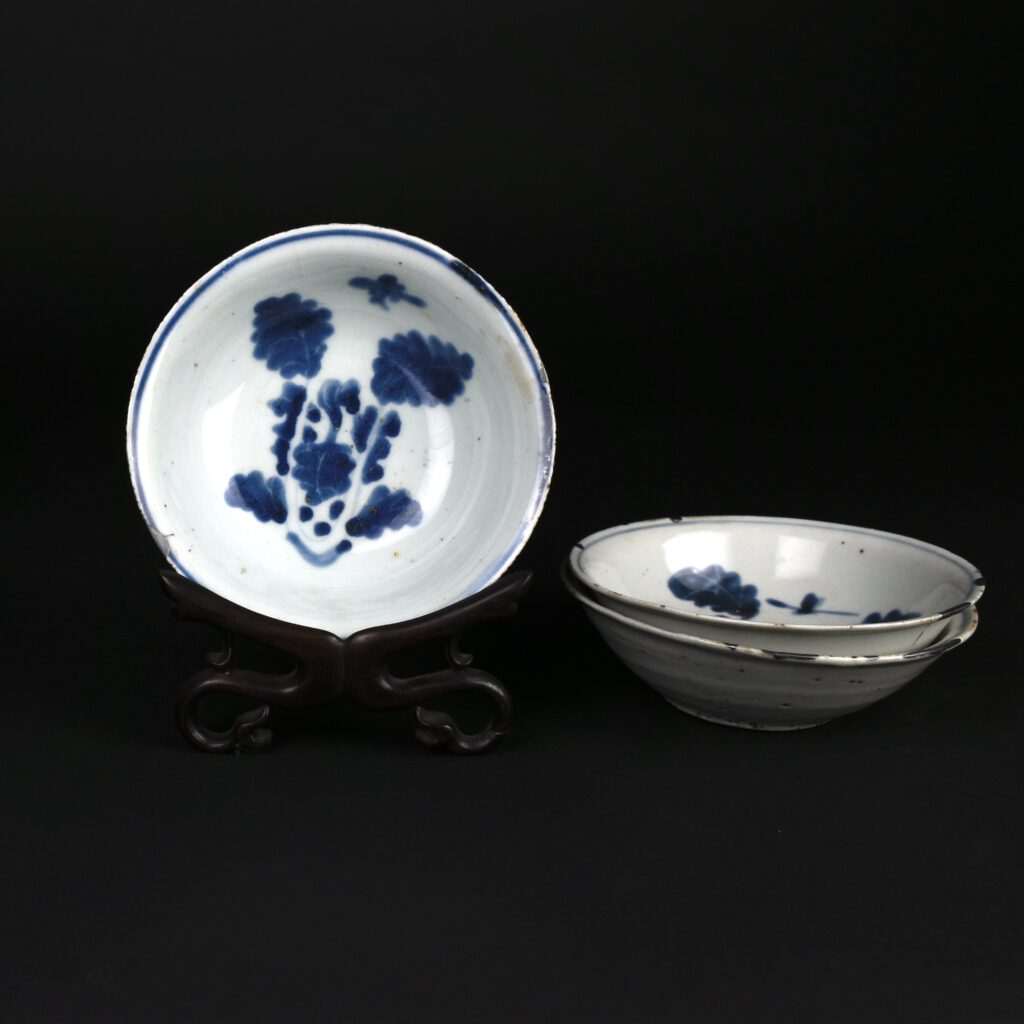 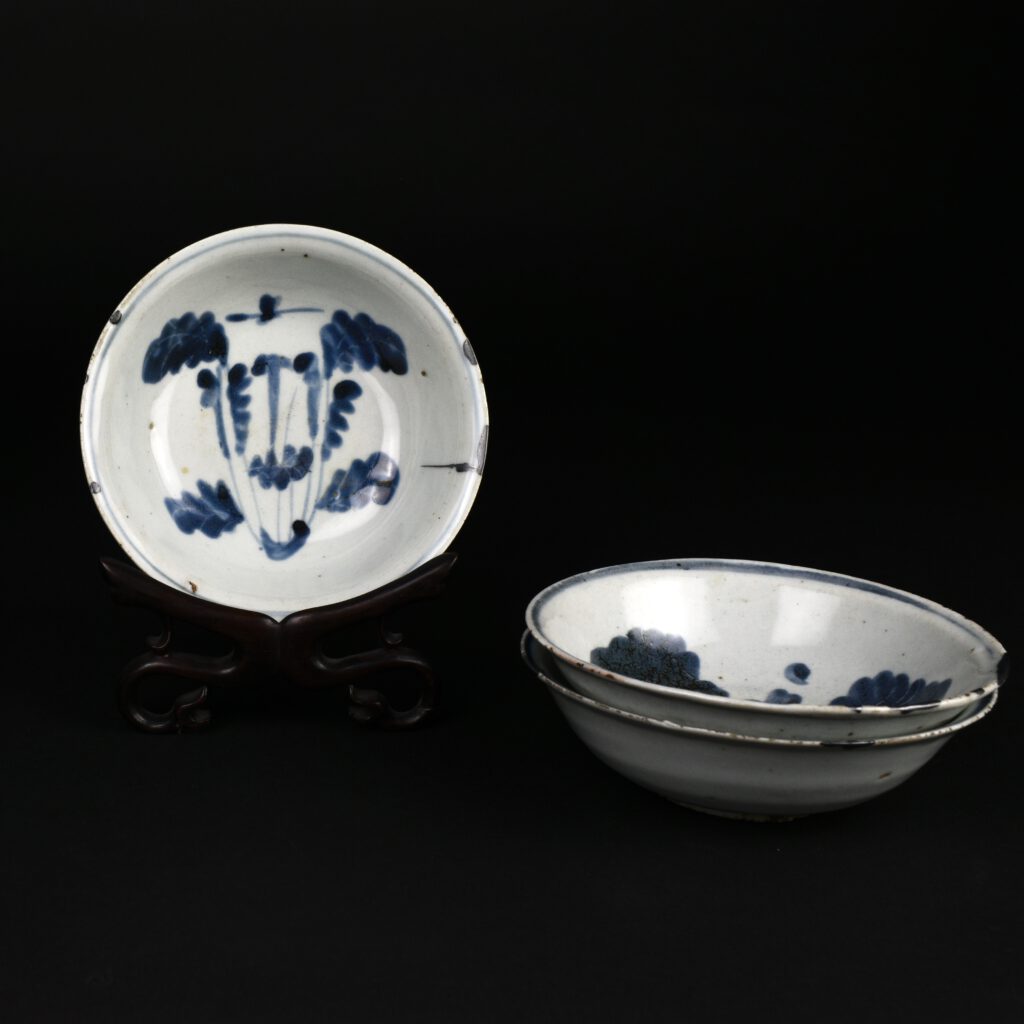 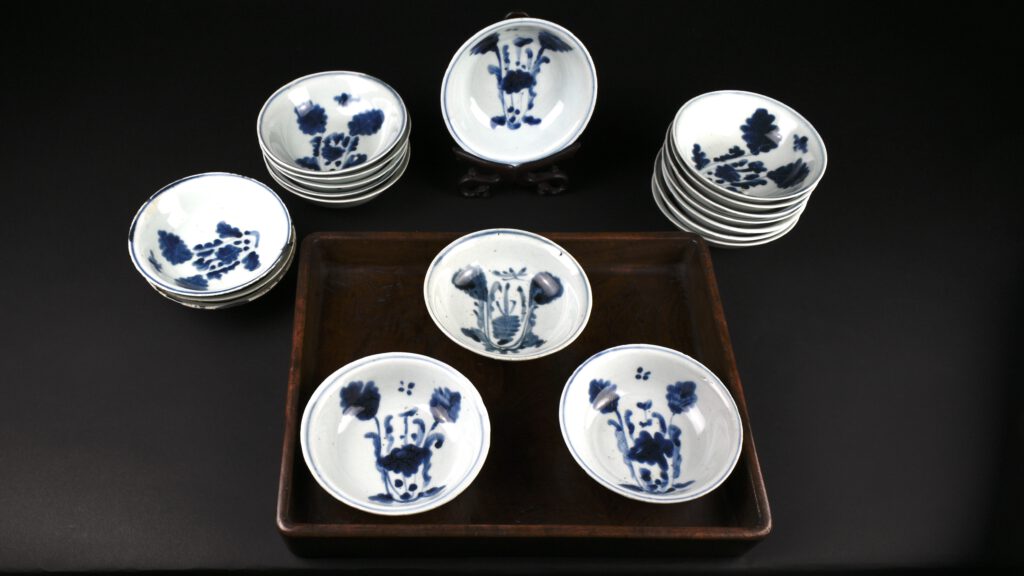 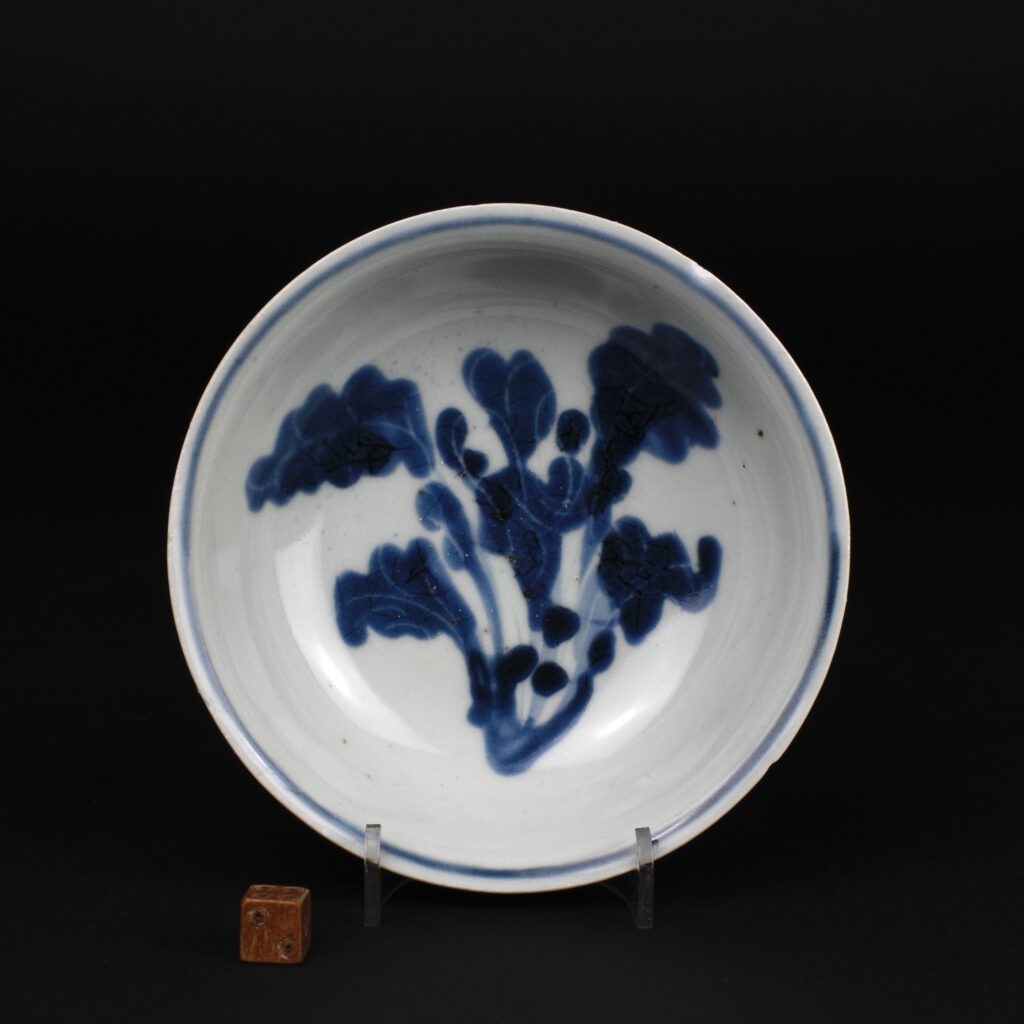 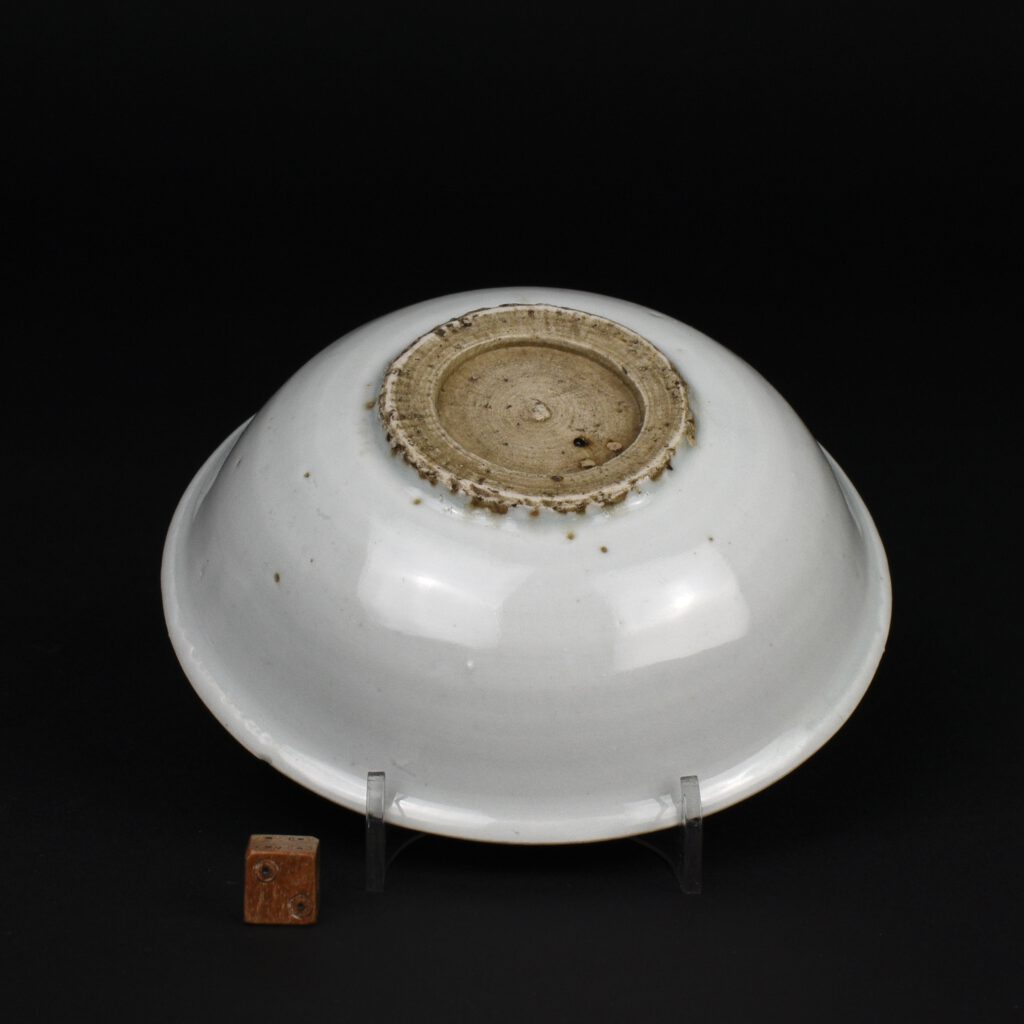 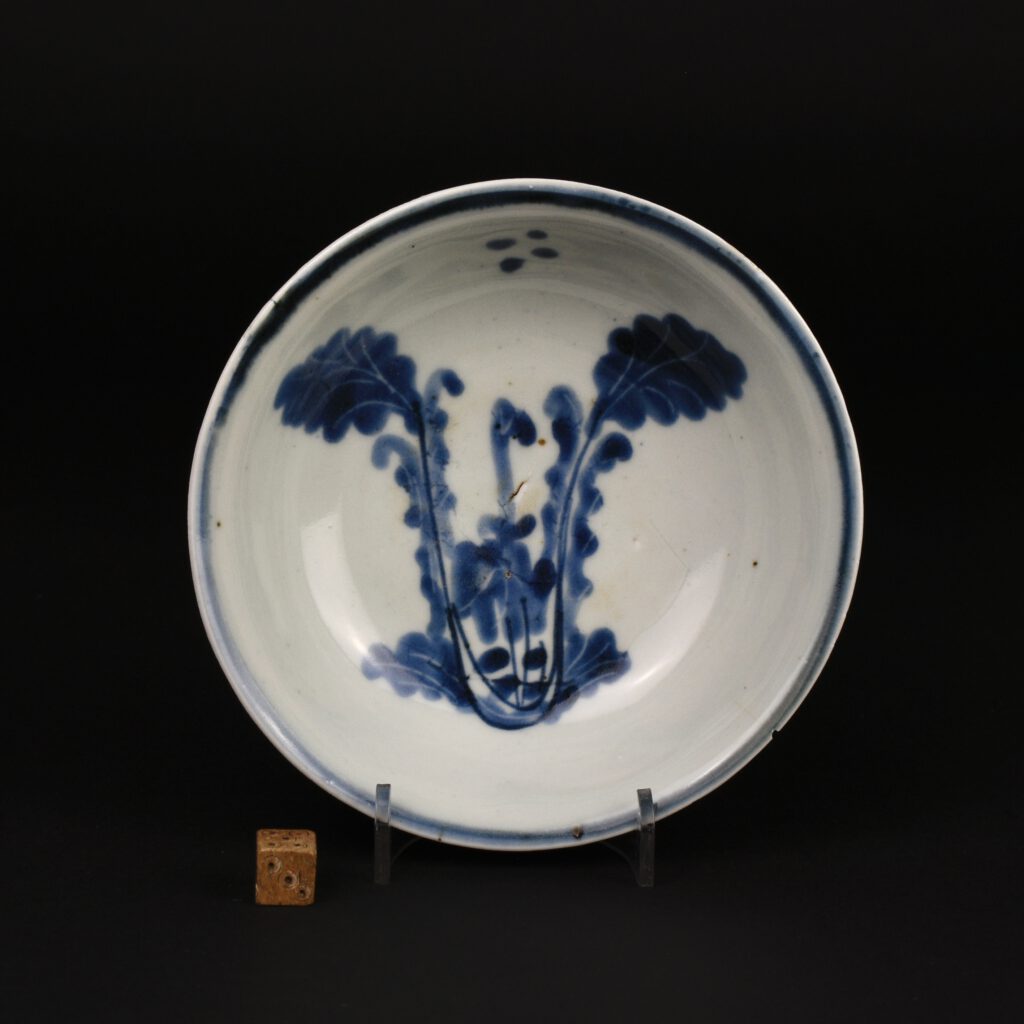 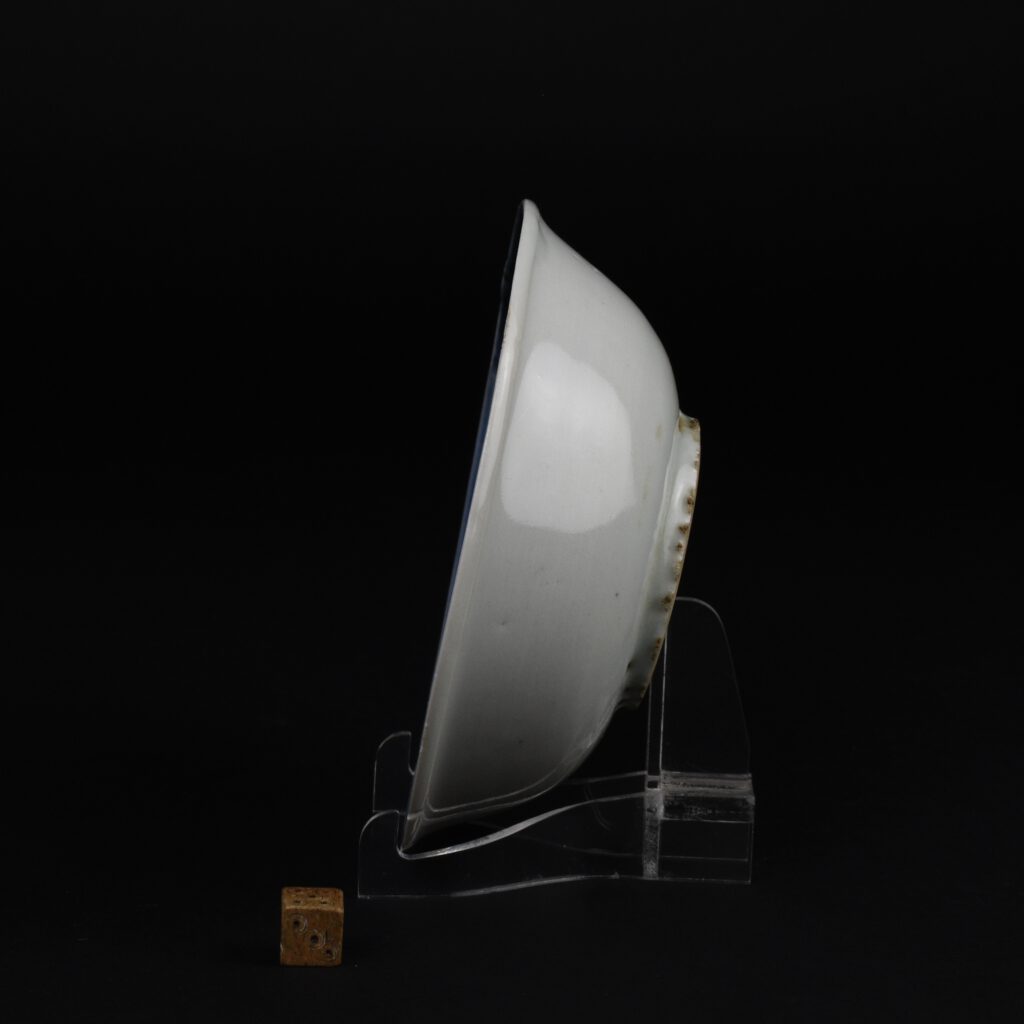 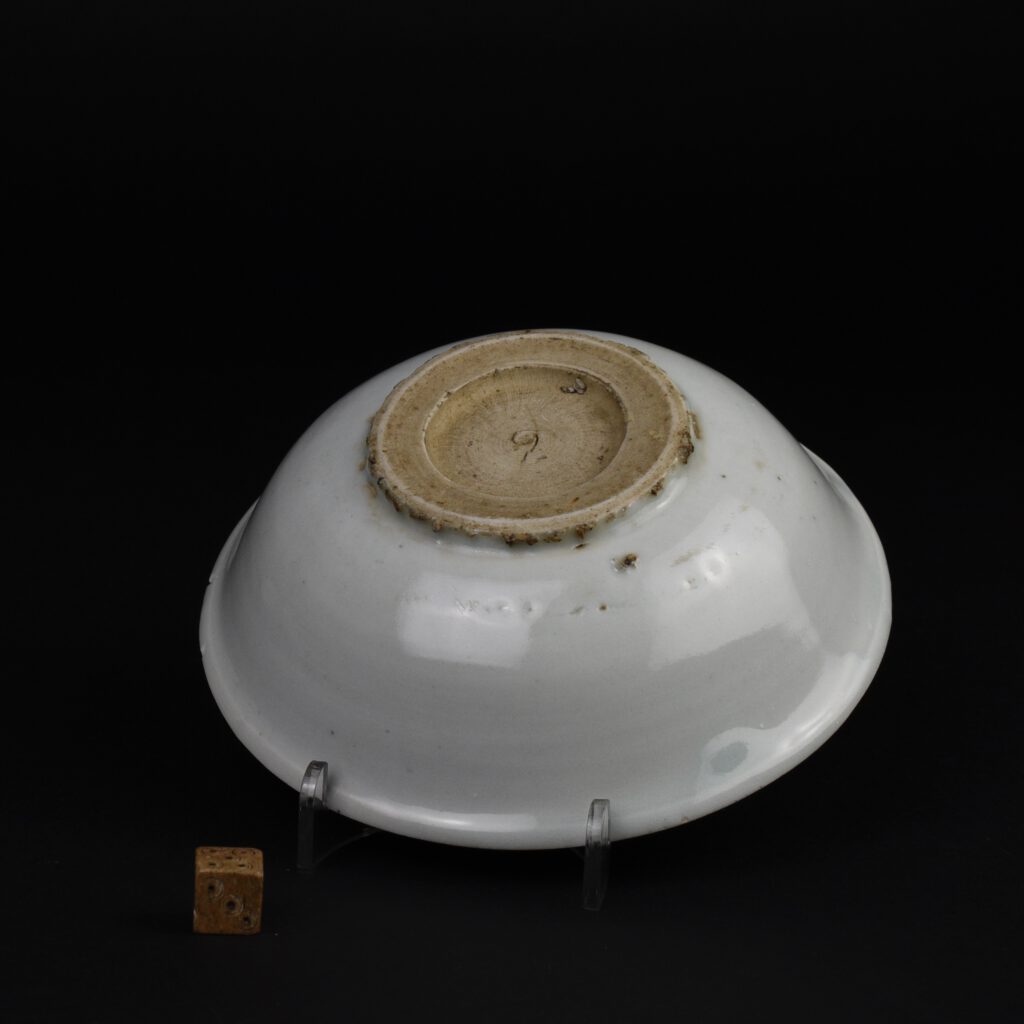 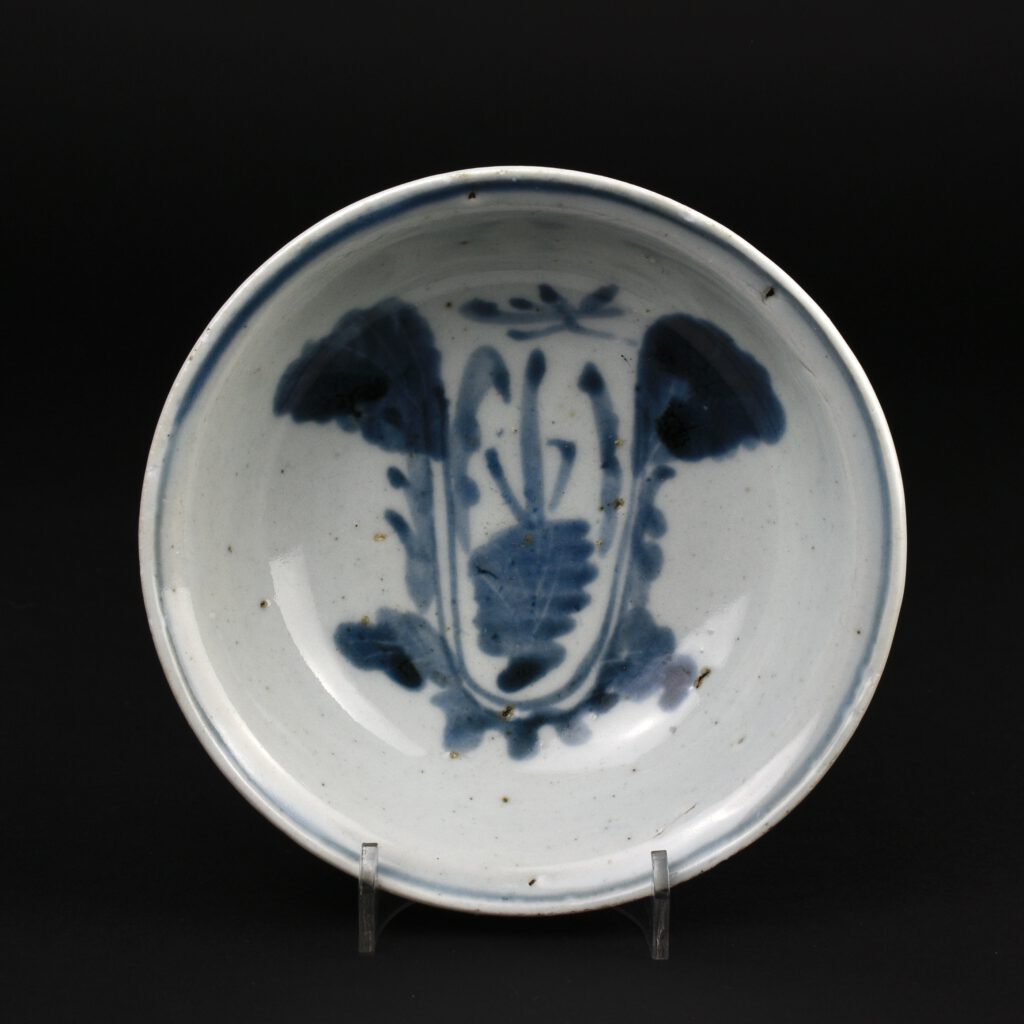 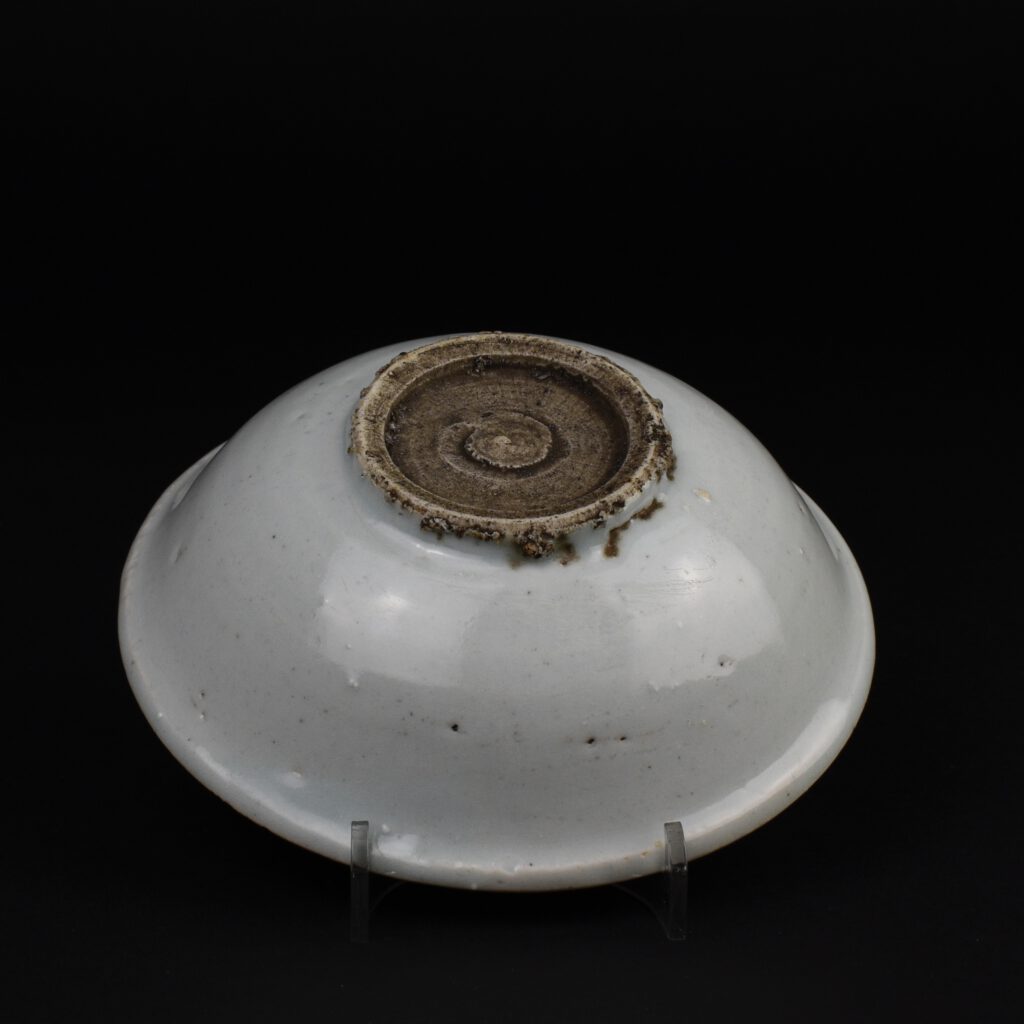 Pak Choi or Bok Choi in American English is often referred to as Chinese cabbage, it is indeed closely related brassica, rapa subsp. chinensis. The cultivar grown in Zhejiang in the 14th century became dominant. Later Chinese cabbage was principally grown along the Yangtze delta where it was widely exported. Li Shizhen (1518  – 1593), the great Ming dynasty naturalist, herbalist and scholar bought it to attention of the public because he championed its medicinal properties. Modern research can now show that Li Shizhen was right, despite containing 95% it also contains 30% of our daily intake of vitamin A, 54% of vitamin C and 44% of vitamin K among other important vitamins and minerals.