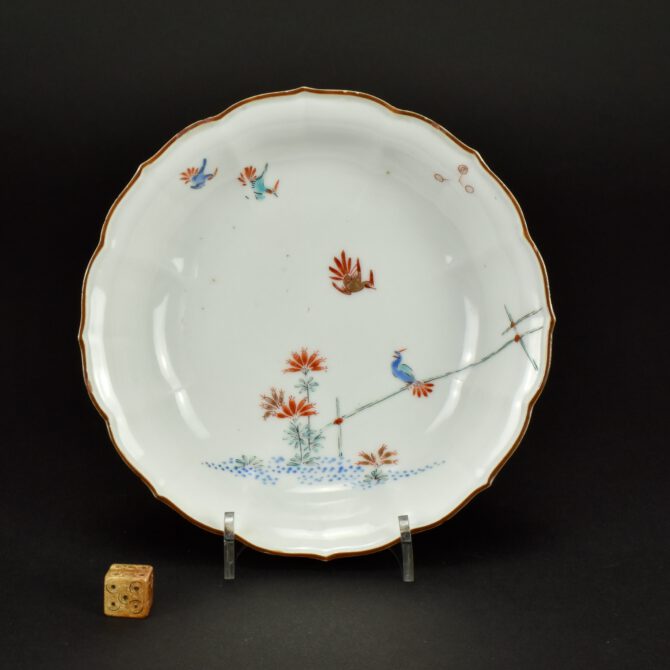 A 17th Century Japanese Kakiemon Porcelain Bowl, Probably Kakiemon Kilns, c.1670-1700. The shallow barbed form bowl is painted using Kakiemon enamels with birds and bamboo trellis alluding to a garden scene. There is a star constellation to the top right of the design. This understated subtle asymmetrical design is typically Japanese and is at its best on Kakiemon wares. The use of space shows off the pure white Nigoshide (milky white) body to its full effect.

Kakiemon decoration is usually of high quality, often delicate and with well-balanced asymmetric designs. The designs were normally quite sparse emphasizing the fine white porcelain body known in Japan as Nigoshide (milky white). The opaque white milky Nigoshide body was used on the finest pieces, it appears that it was reserved for fine quality enamelled decoration. Kakiemon porcelain was decorated with a great variety of imaginative designs which include elements such as the `banded hedge`, `flying squirrel`, and the `Quail and Millet` design. The `Three Friends of Winter` were also a very popular group of designs, other subject taken from nature include flowers (especially the chrysanthemum, the national flower of Japan) as well as birds and rock-work. Figural subjects such as the `Hob in the Well` were also popular. This design illustrates a Chinese folk tale where a sage saves his friend who has fallen into a large fish-bowl by throwing stones at it, breakin open the pot. Banded-Hedges were a formal device within Japanese traditional gardens, they were often incorporated in designs, includes `The Three Friends of Winter` (Pine, Bamboo and Prunus). These three plants signify perseverance, as neither the pine nor the bamboo shed their leaves in winter and the plumb (Prunus) flowers at the very end of the winter, heralding the arrival of spring. 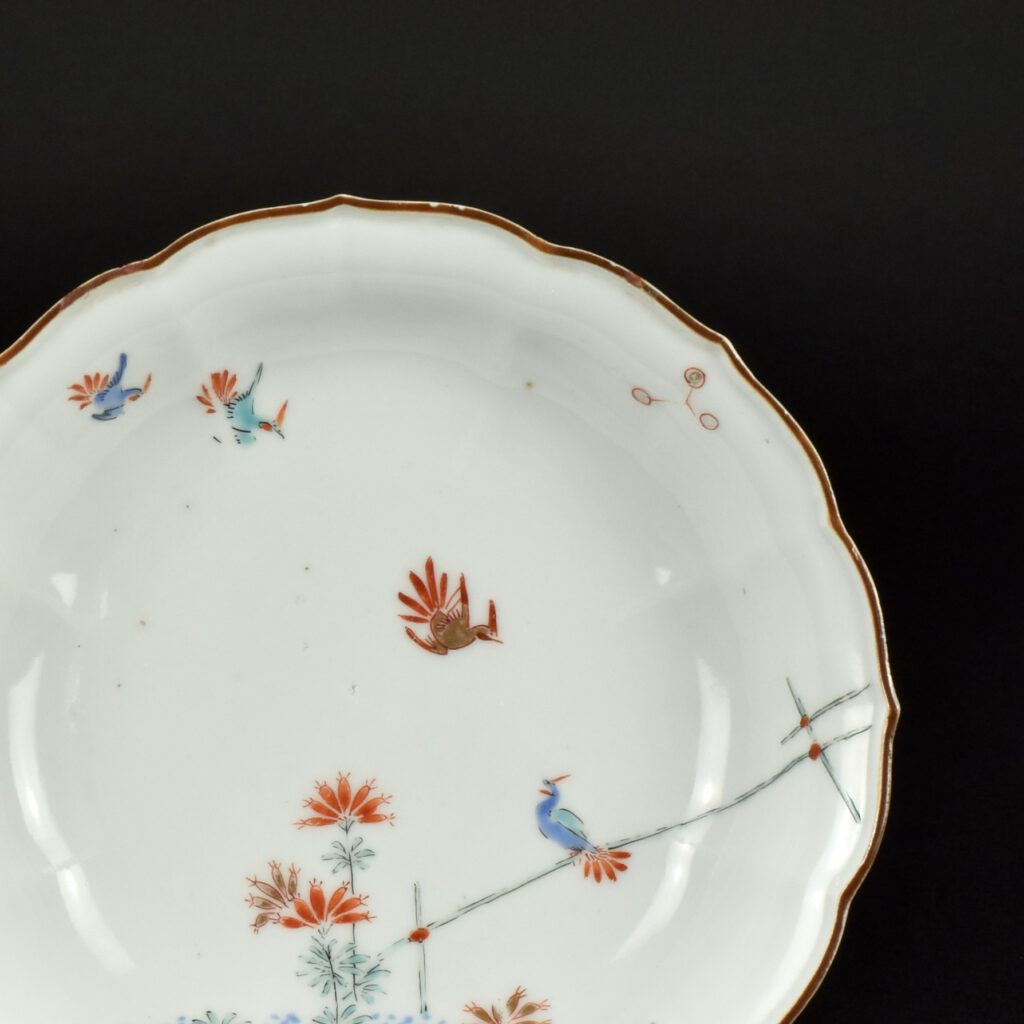 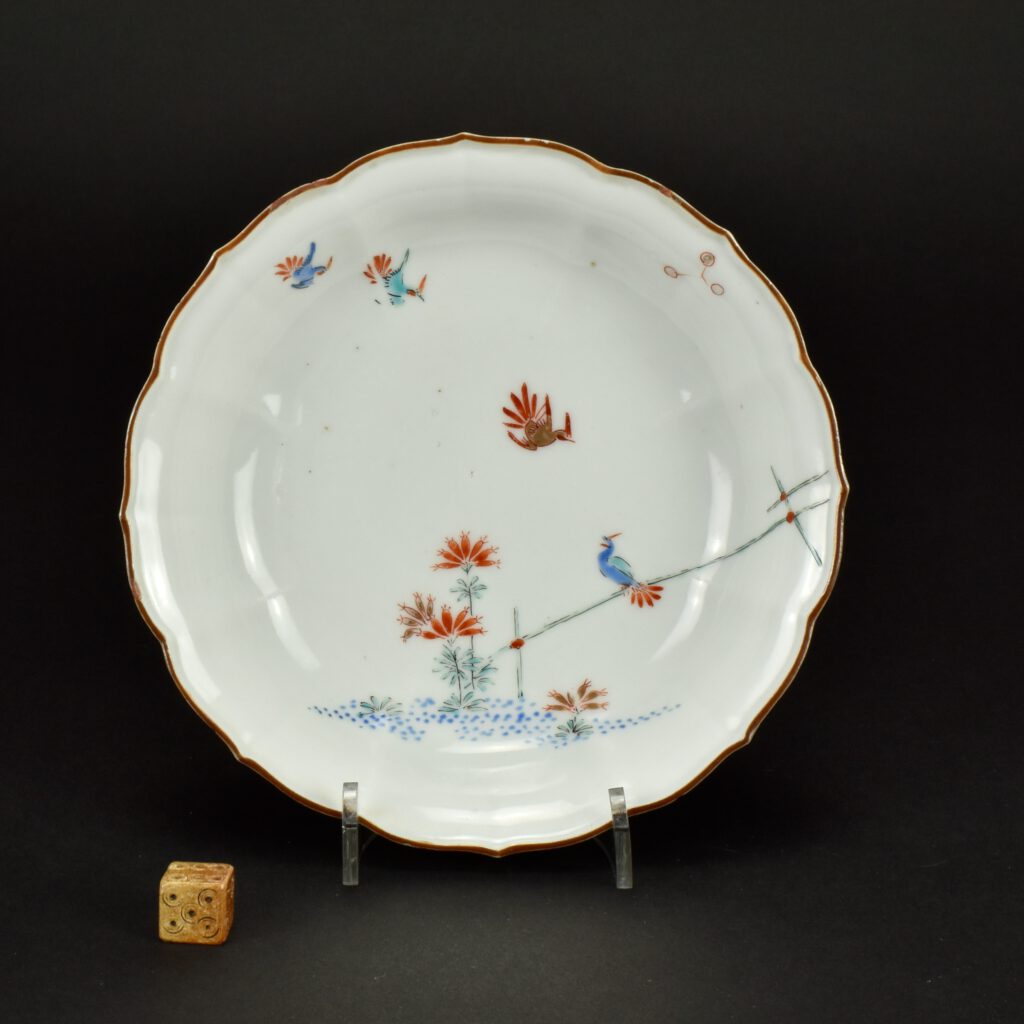 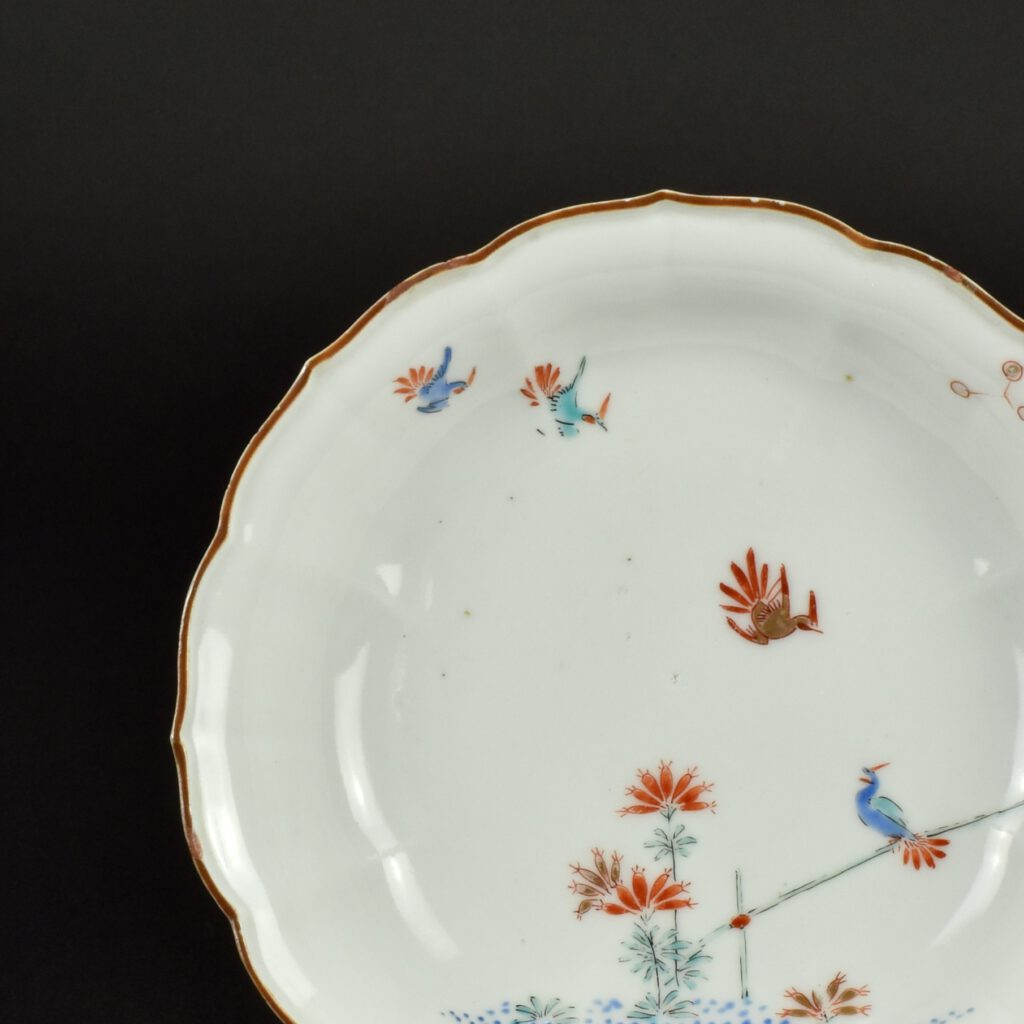 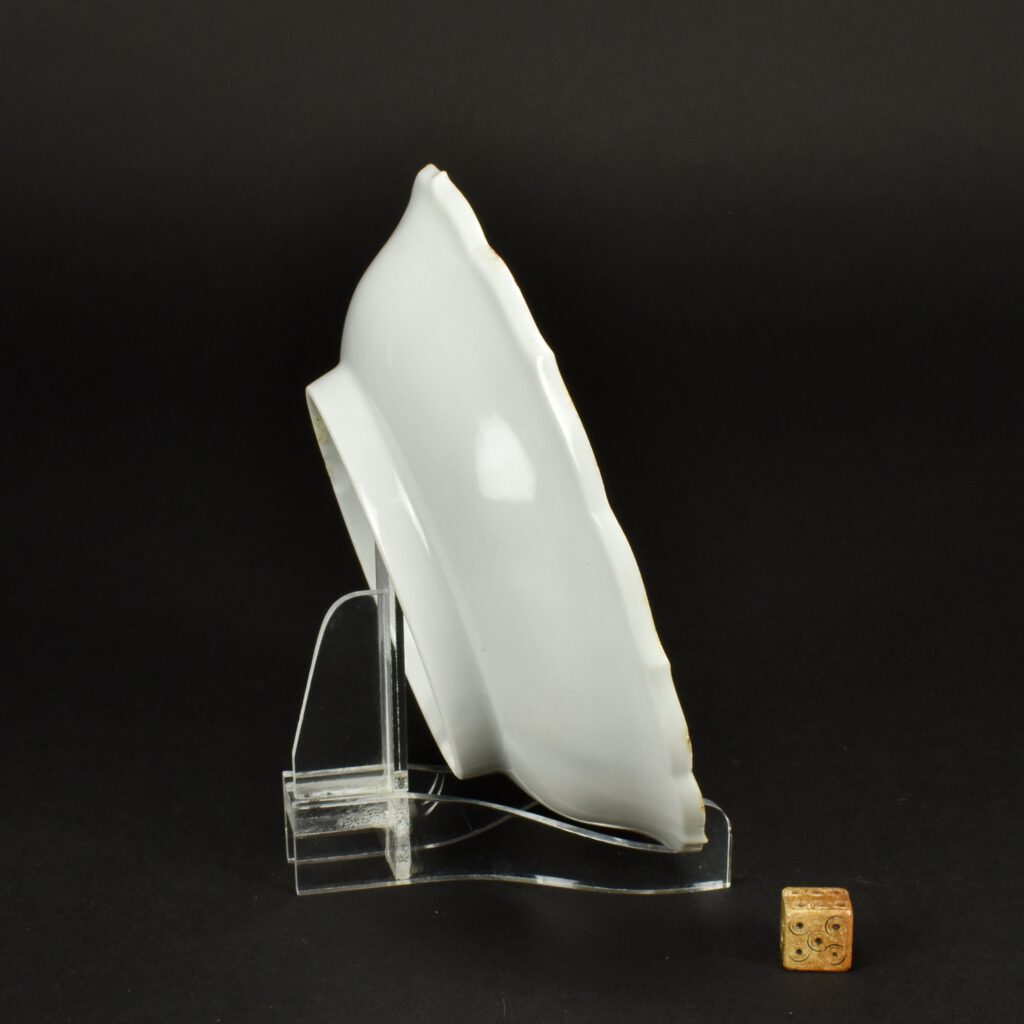 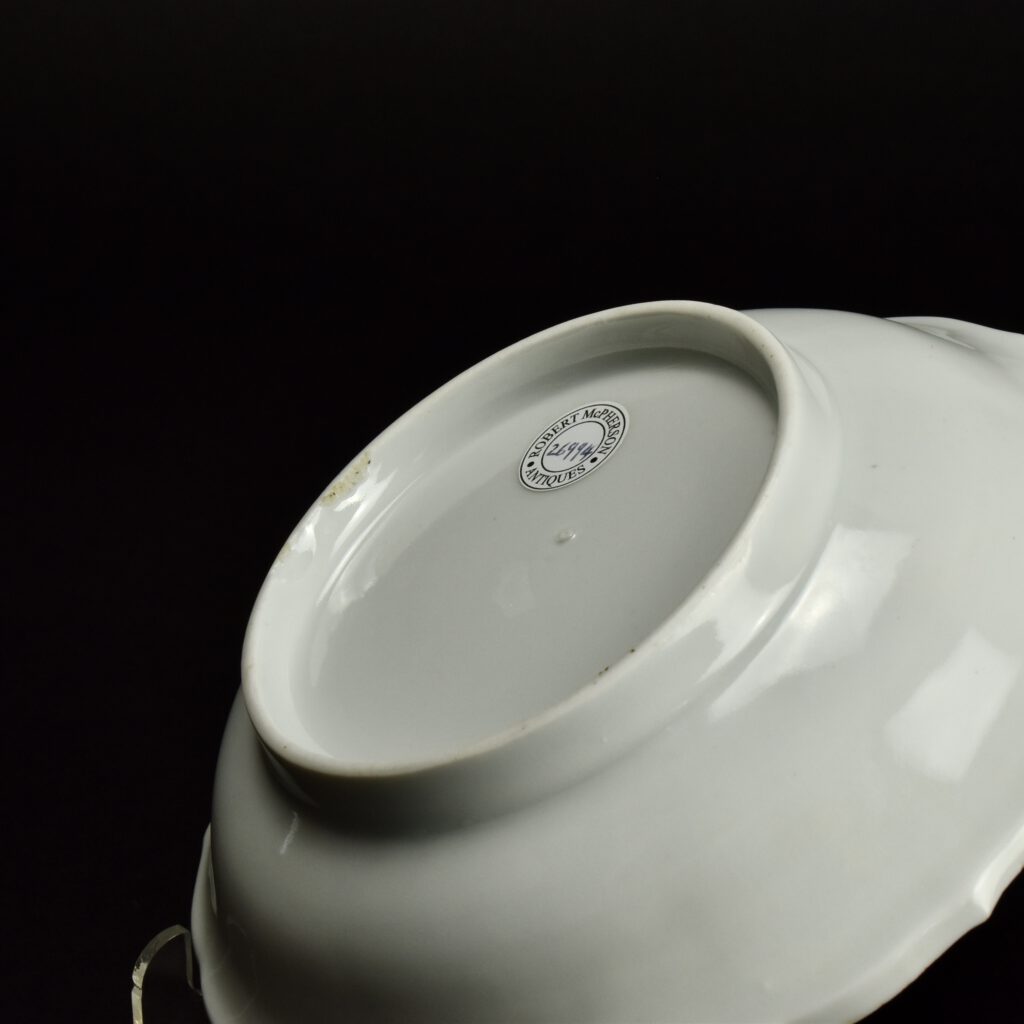 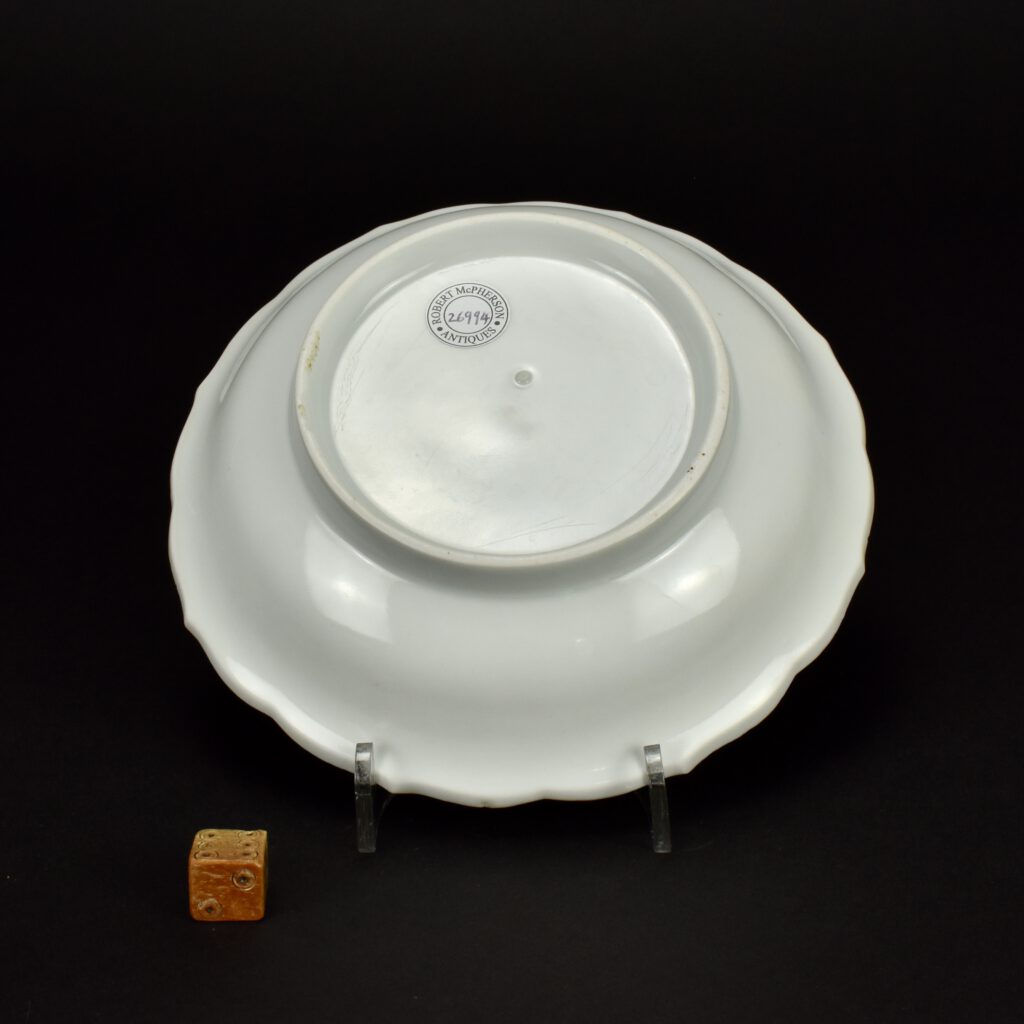 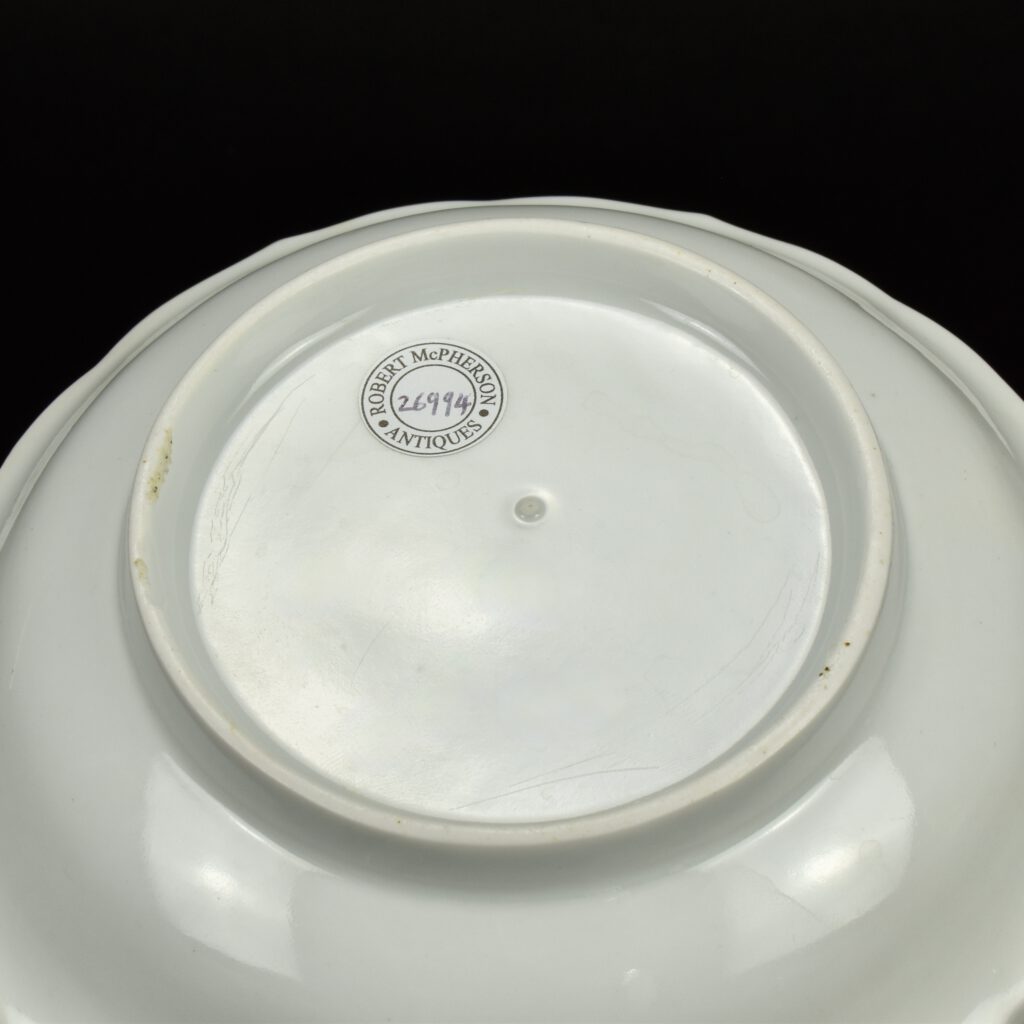 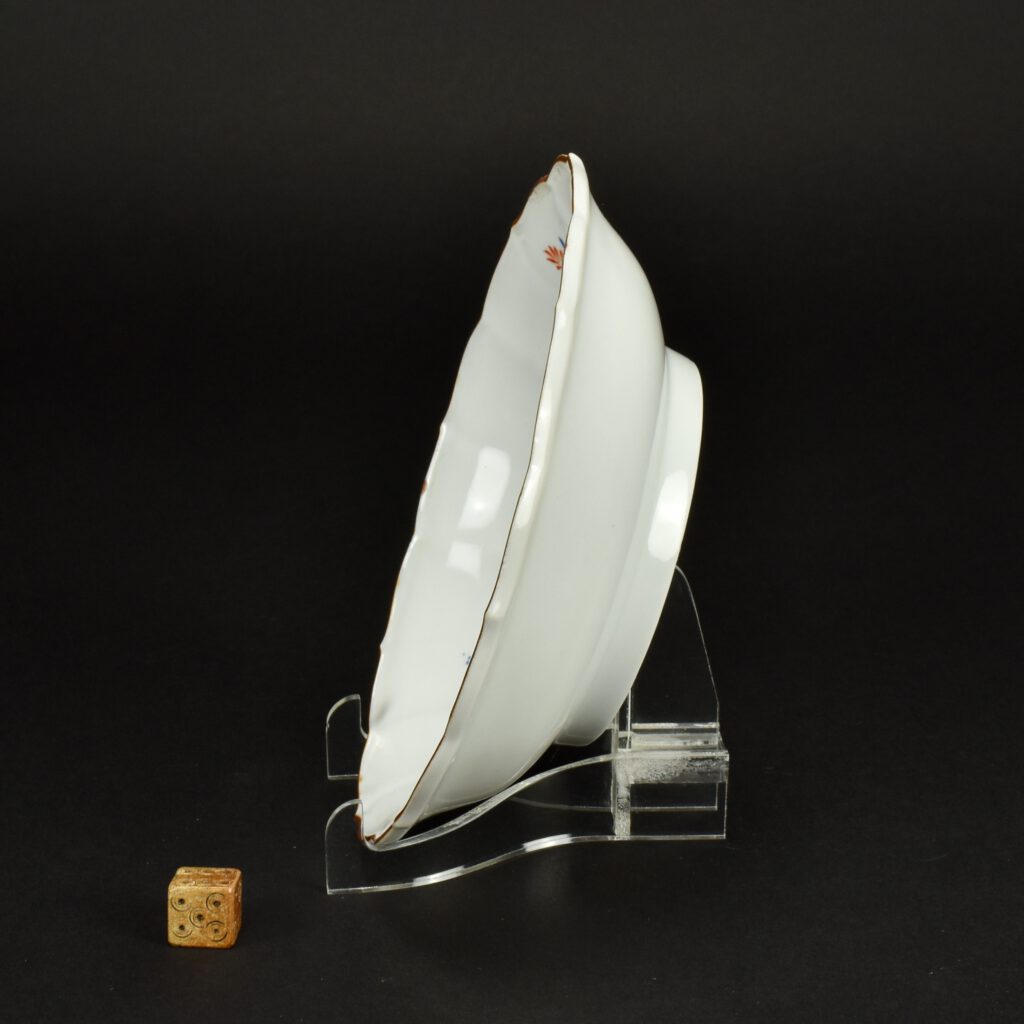 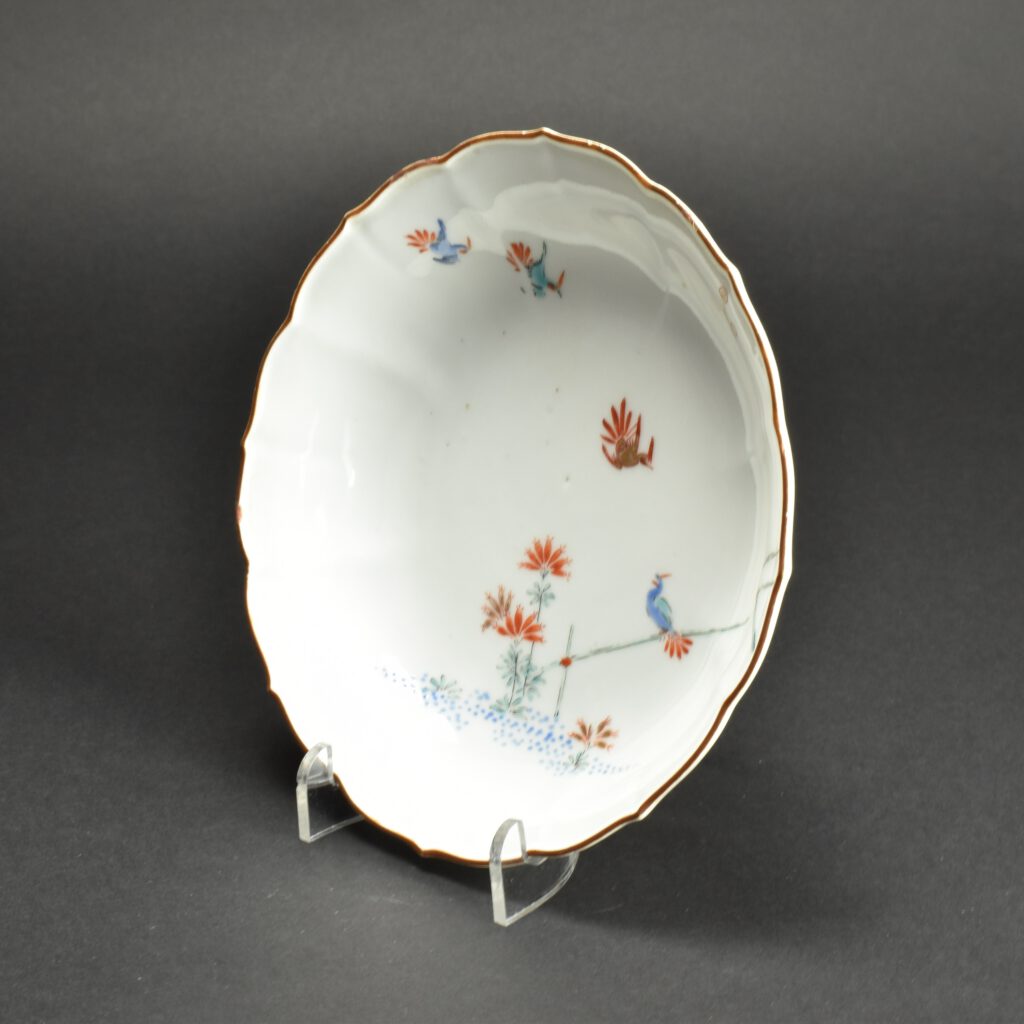 A Related Kakiemon Saucer from the Collection of Soame Jenyns.

Nigoshide Body
The Nigoshide (milky white) body was a new whiter porcelain body introduced between about 1660 – 1680, solely for use on Kakiemon Wares. Indeed the Kakiemon Palette evolved at the same time. It has recently been proposed that the Nigoshide Body is not a new body at all, rather it is just made from a clay that has been levigated and washed more thoroughly.