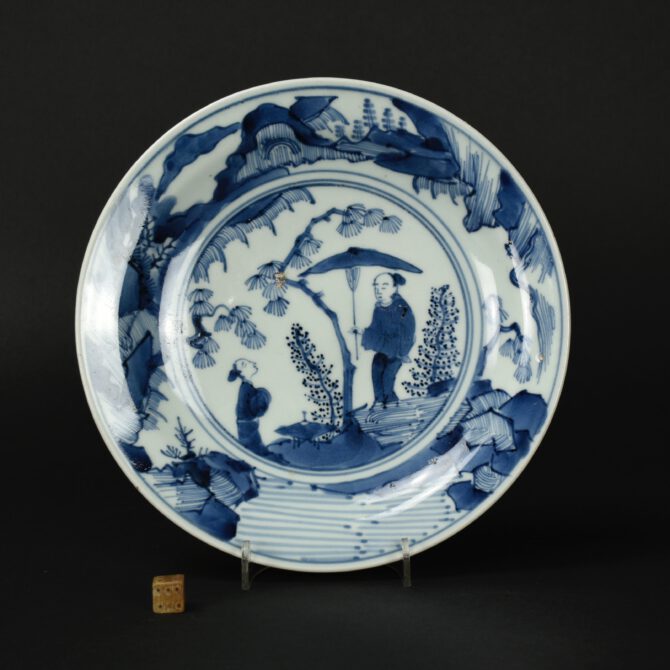 A 17th Century Japanese Blue and White Dish in the Chinese Style, Arita kilns c.1670 – 1700. Stylistically, there is little or nothing too indicated this dish is Japanese, however, it is clearly Japanese export ware for the European market. The form relates to European metal and pottery, yet the design is an attempt to give the impression of contemporary Chinese porcelain. Every element is slightly awkward, so the look of the piece comes across as a bit strange. The central figure stands uncomfortably in a landscape of pine. He stands on crosshatching that is mirrored in the topsy turvy landscape border. These hatched lines are vaguely reminiscent of Chinese porcelain in the Master of the Rocks style. Some 17th century and early 18th century Japanese porcelain interpreted the Master of the Rocks style in a similar way. The Japanese also copied Dutch Delftware in the Chinese Transitional style, could this dish be based on Dutch Delftware in the Chinese style? It can be difficult to unpick the trail of influence and copying carried out at this period, the strands of design freely ebbed and flowed between countries in Asia and Europe. 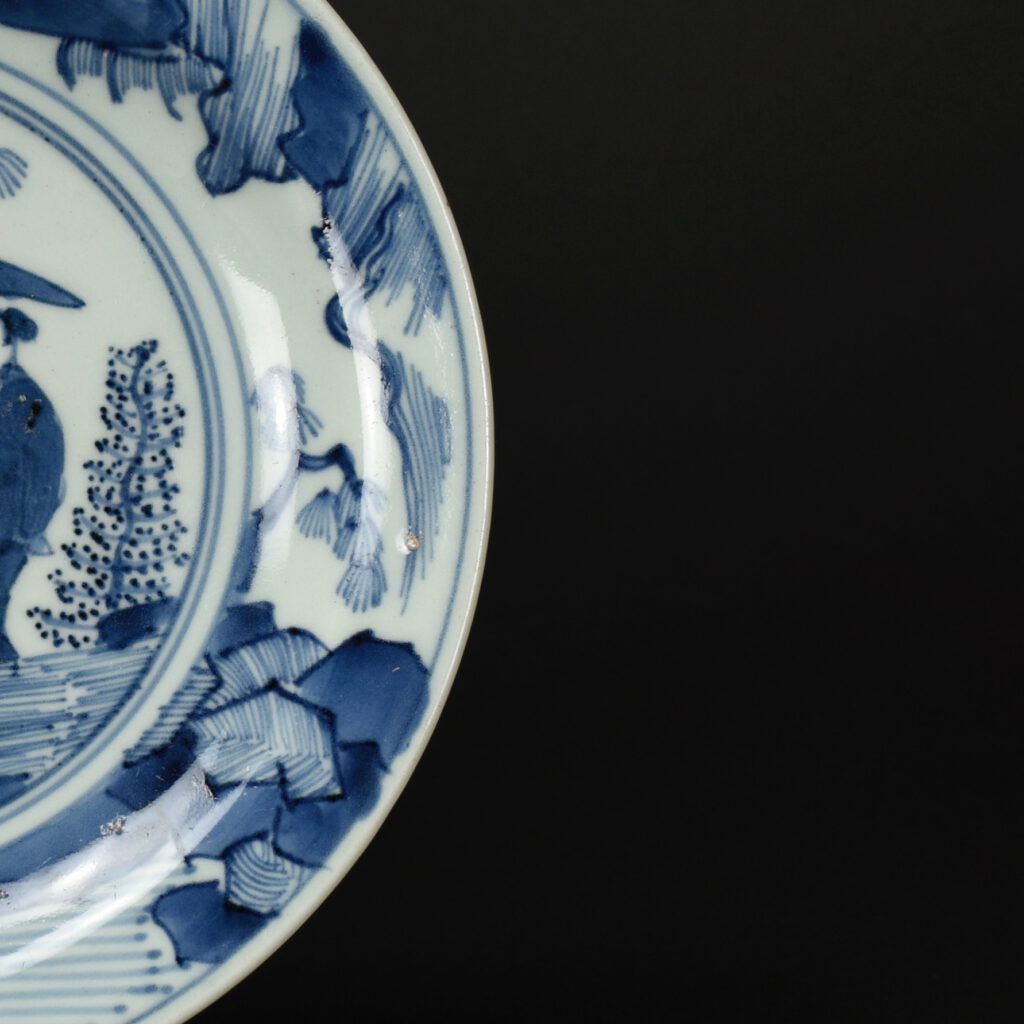 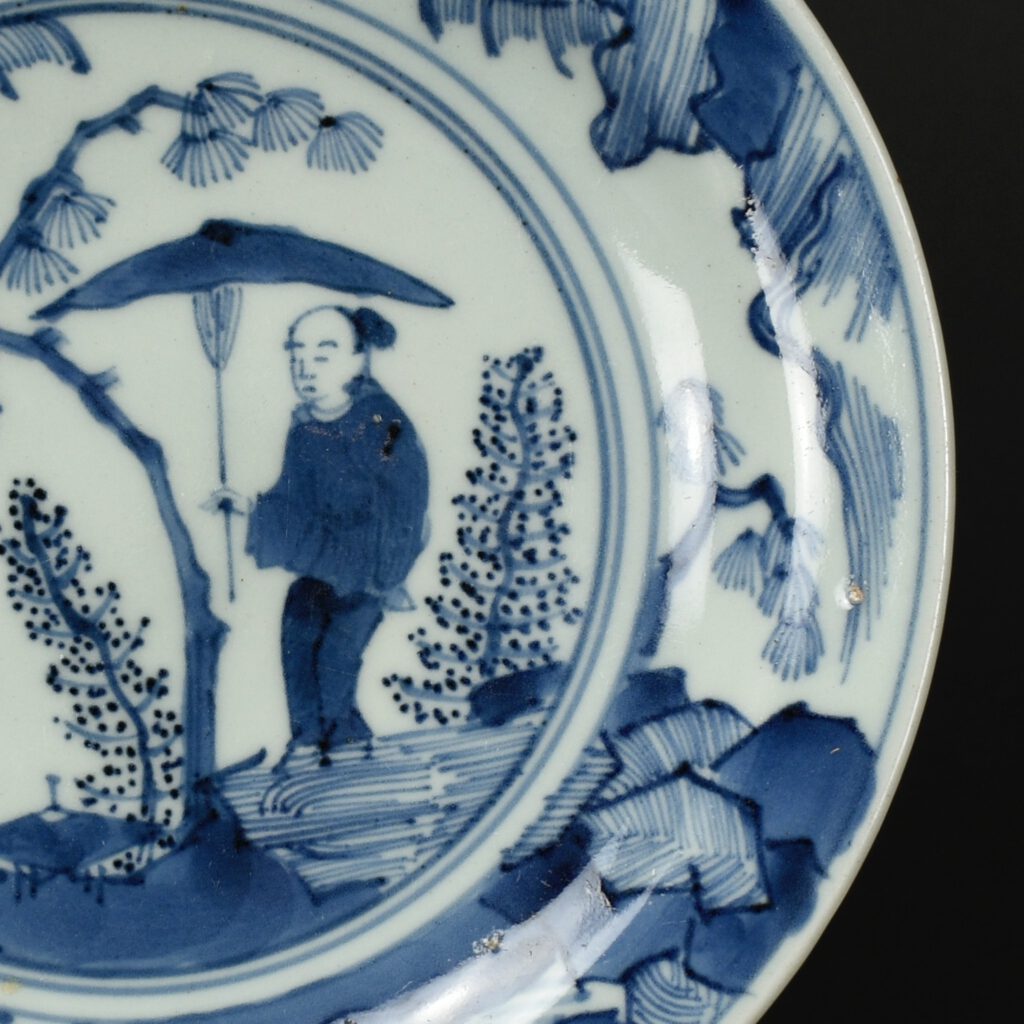 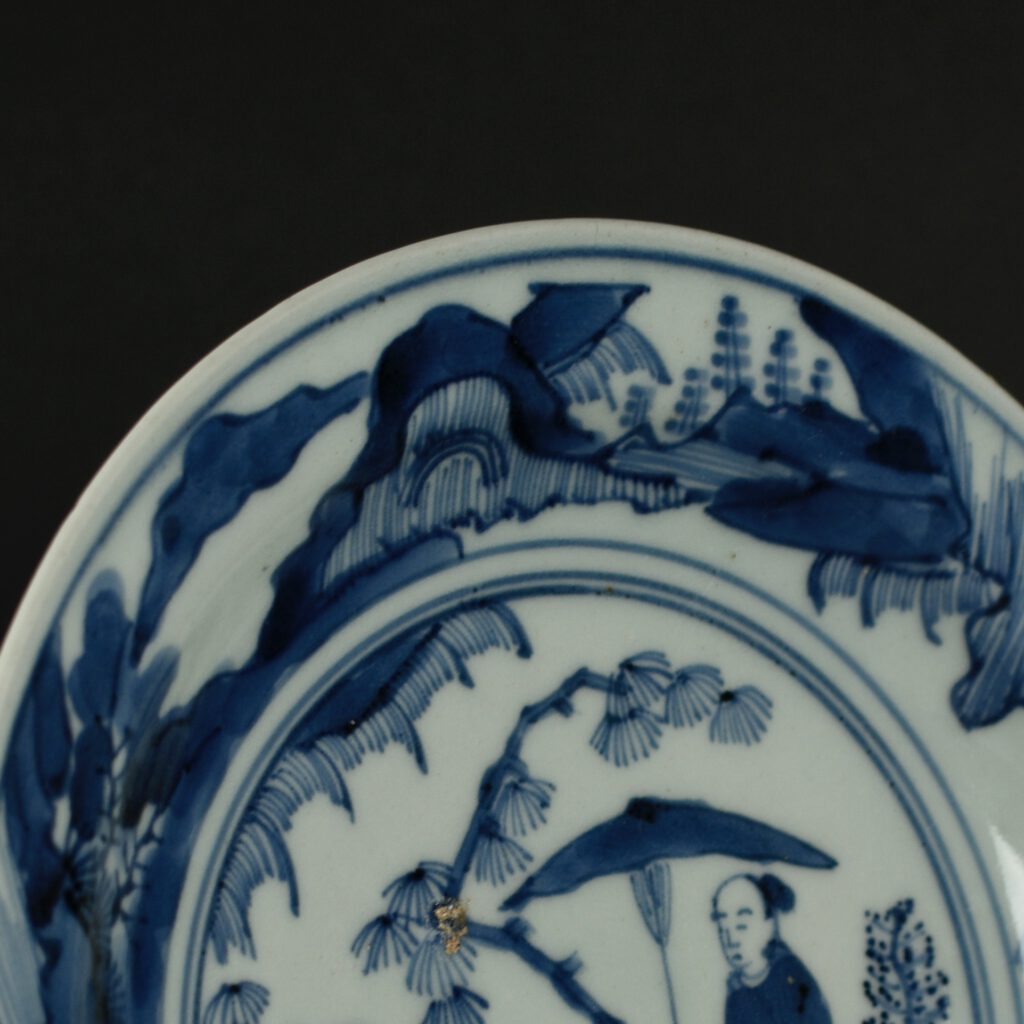 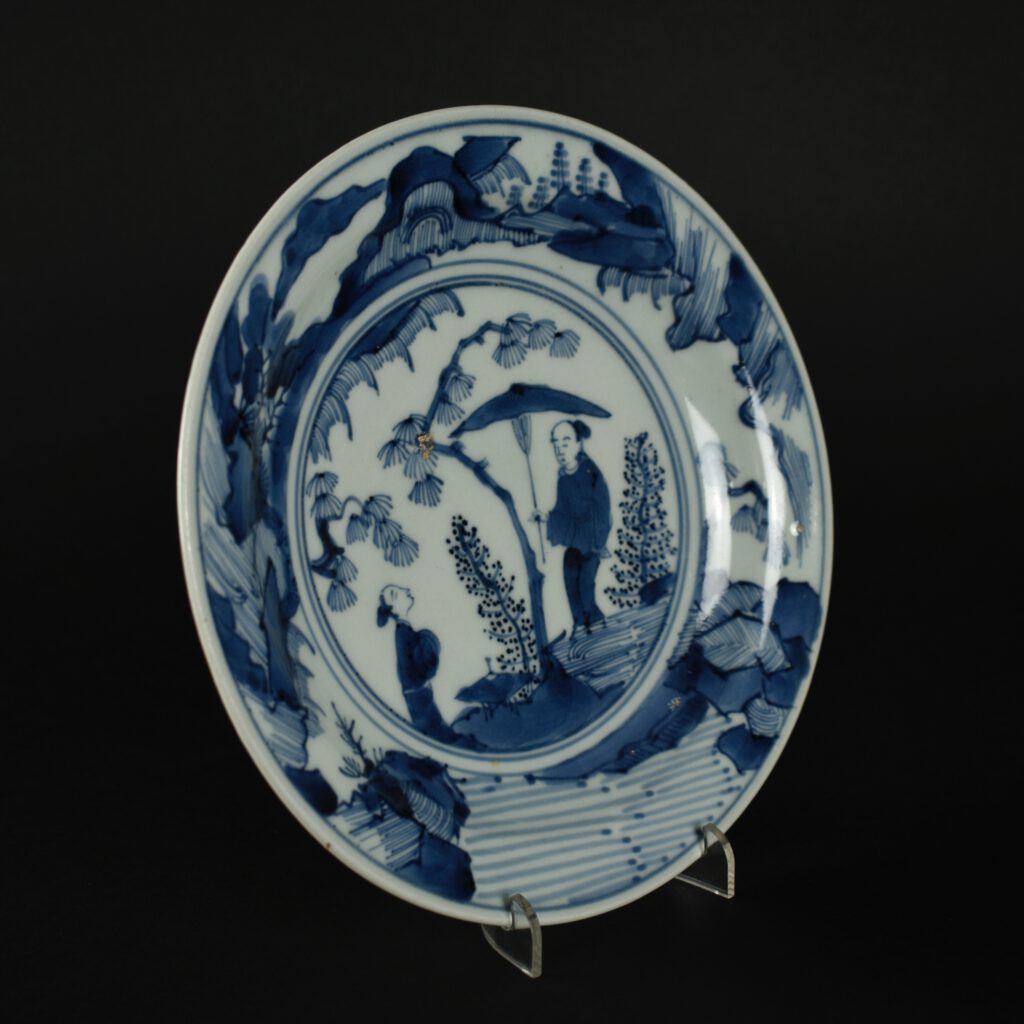 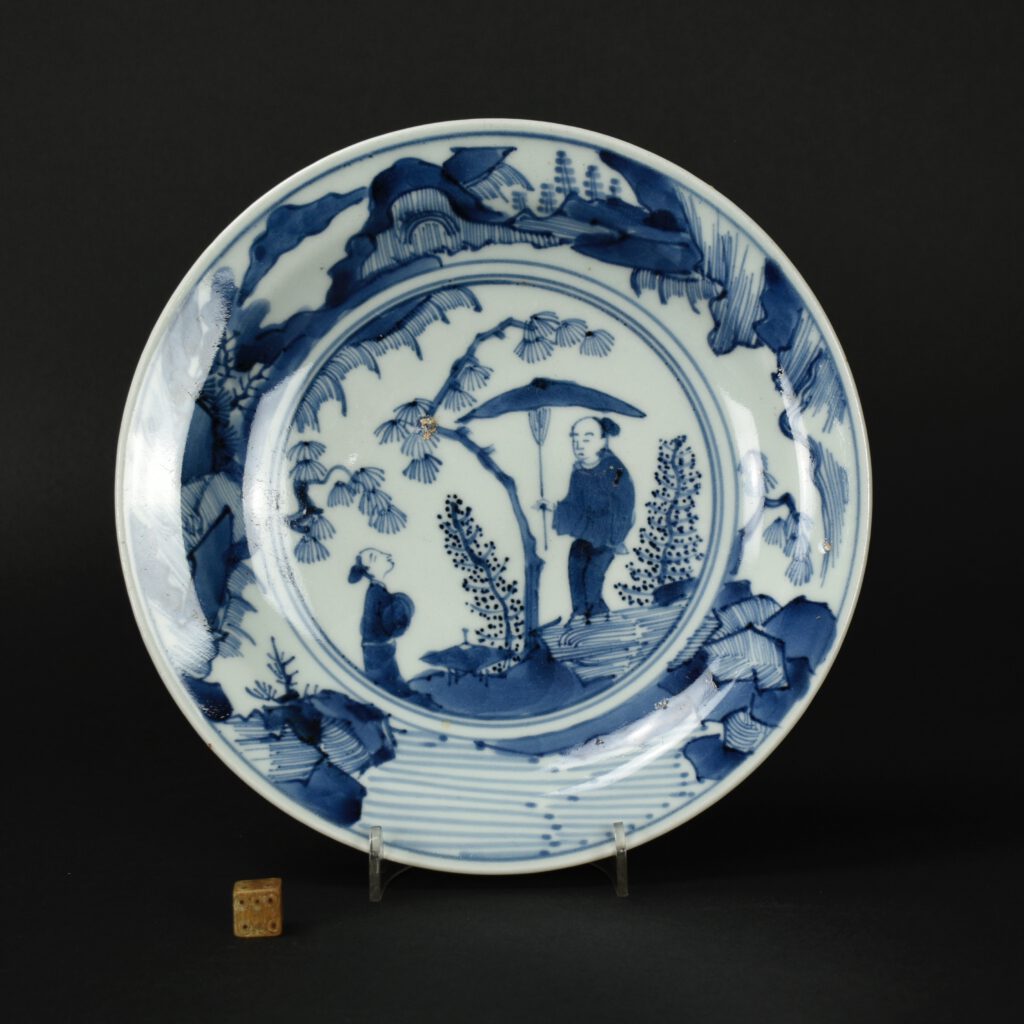 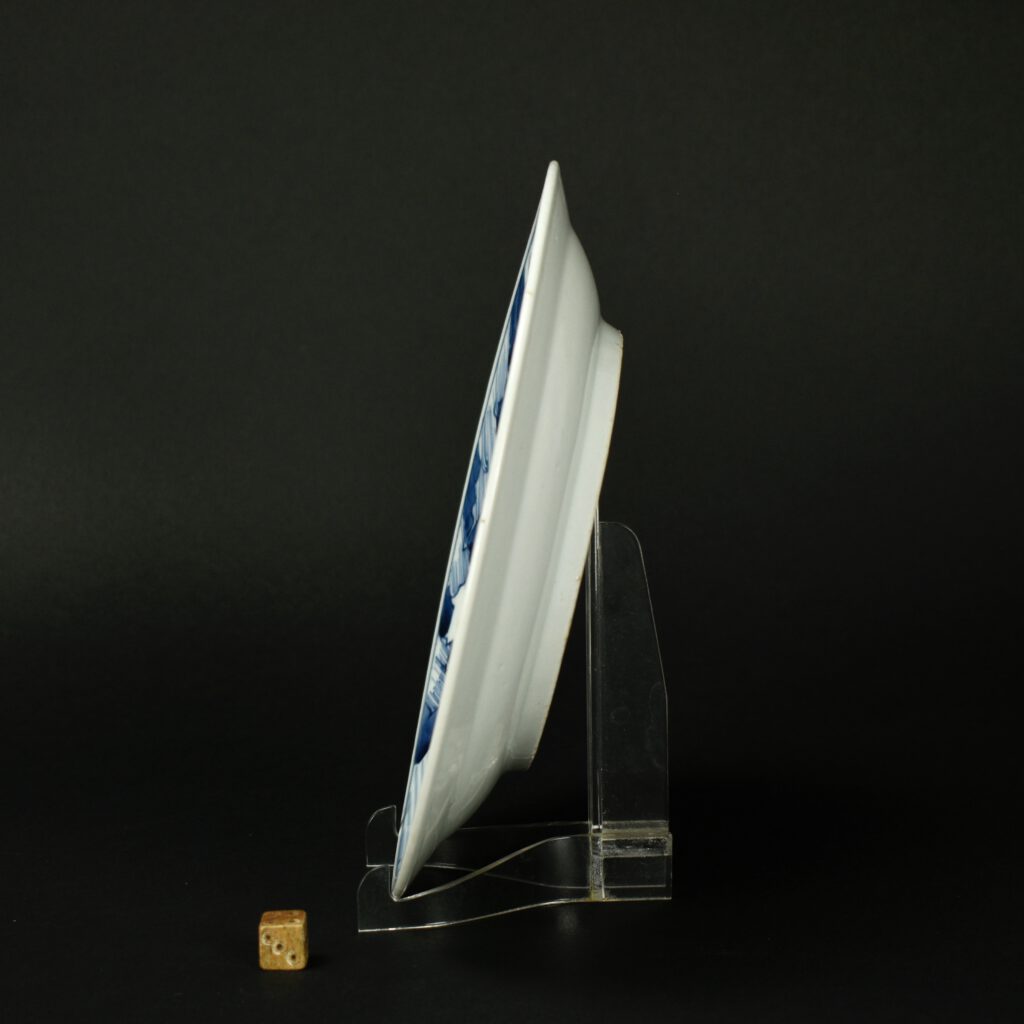 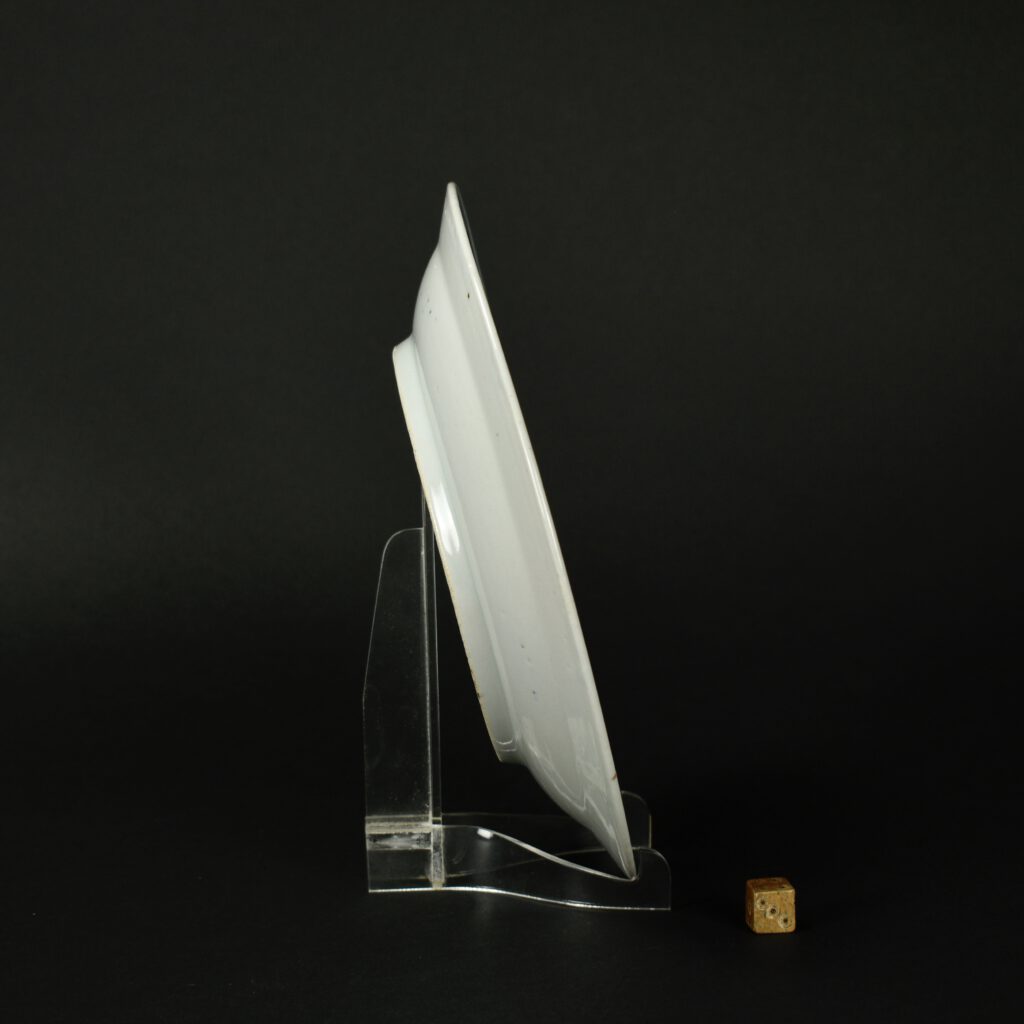 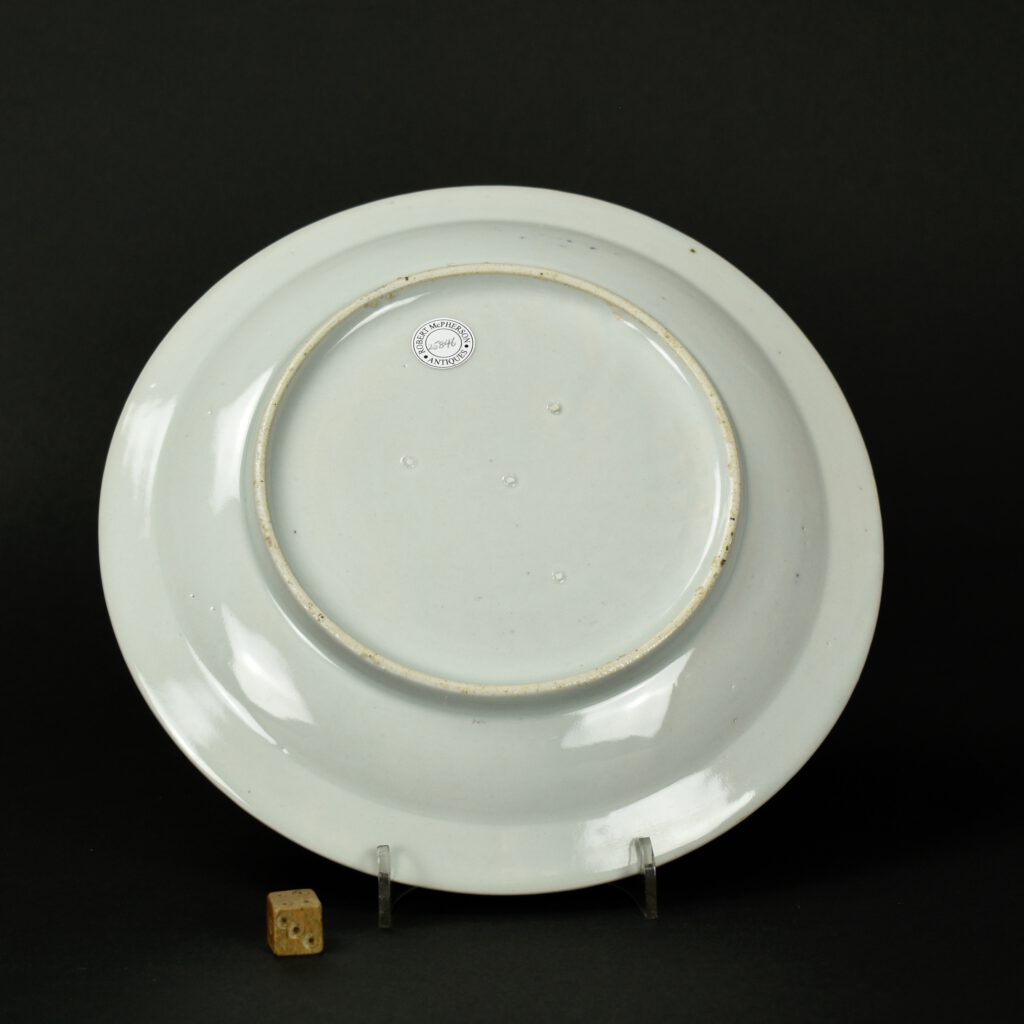 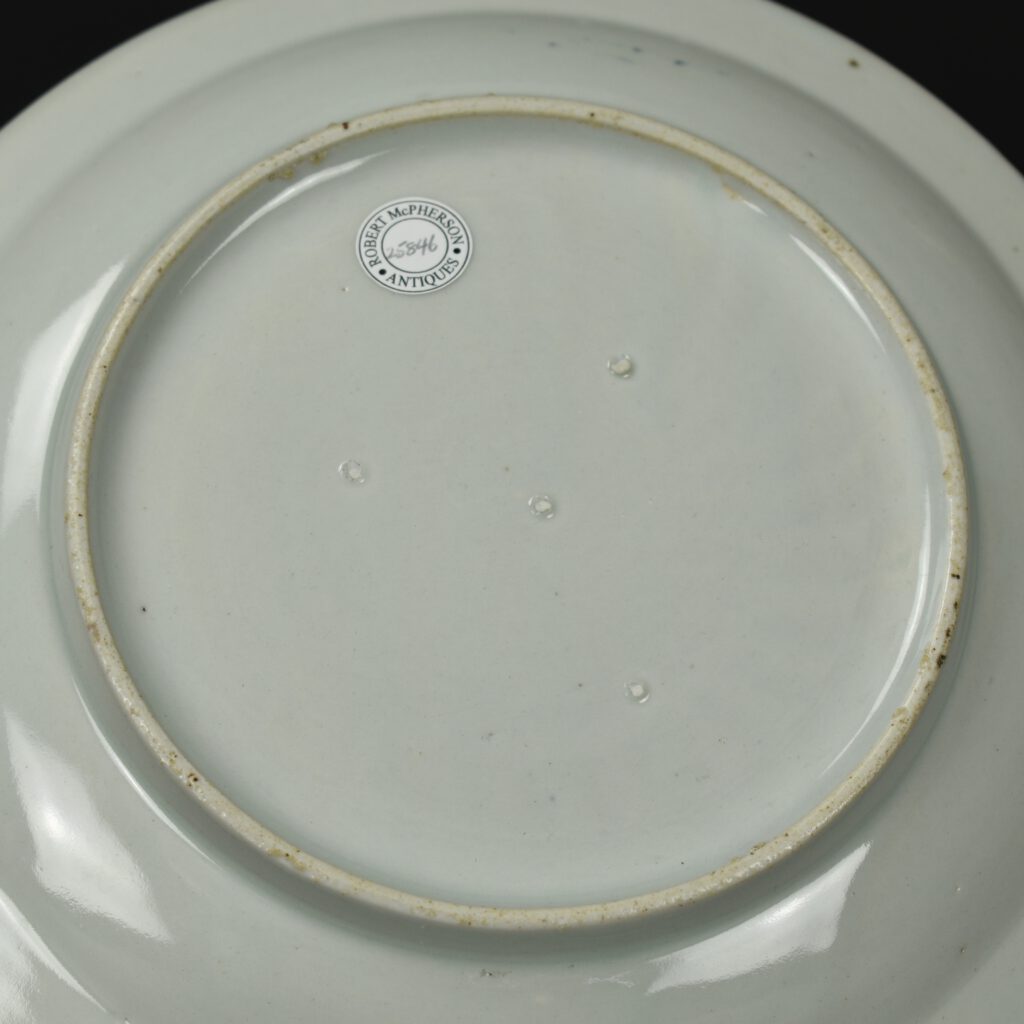 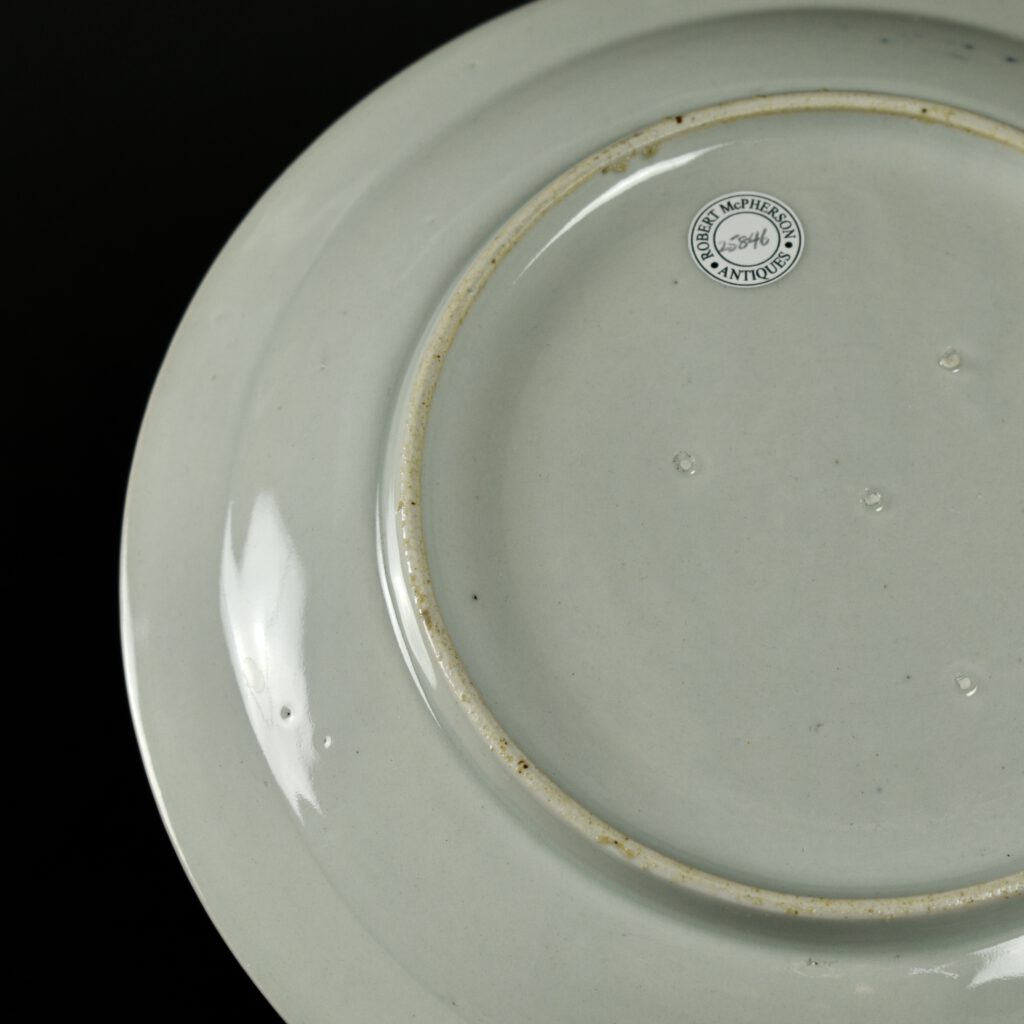