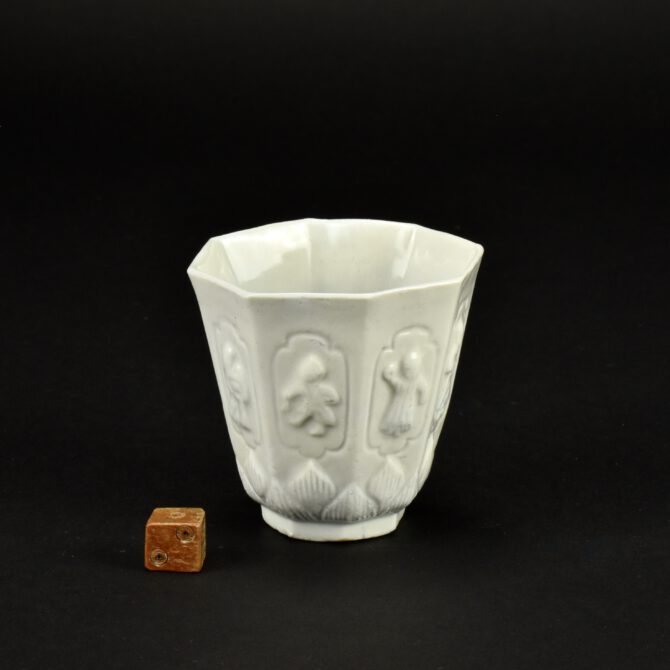 A Kangxi Blanc de Chine Porcelain Beaker Made at the Workshop of Mr. Zhongtun

A Kangxi Blanc de Chine Porcelain faceted octagonal beaker made in Dehua, Fujian Province by Zhongtun shi (Mr. Zhongtun) c.1700. The sides with recessed moulded panels containing the Eight Immortals. The base with an impressed seal-mark reading Shi Zhong Tun family. Dehua in Fujian province was the center for the production of Blanc de Chine porcelain, the products varied greatly but production was a family business, nearly alway anonymous, the potters names are lost forever. That makes these marked beakers especially interesting as the name of the workshop is impressed into the base prior to firing. 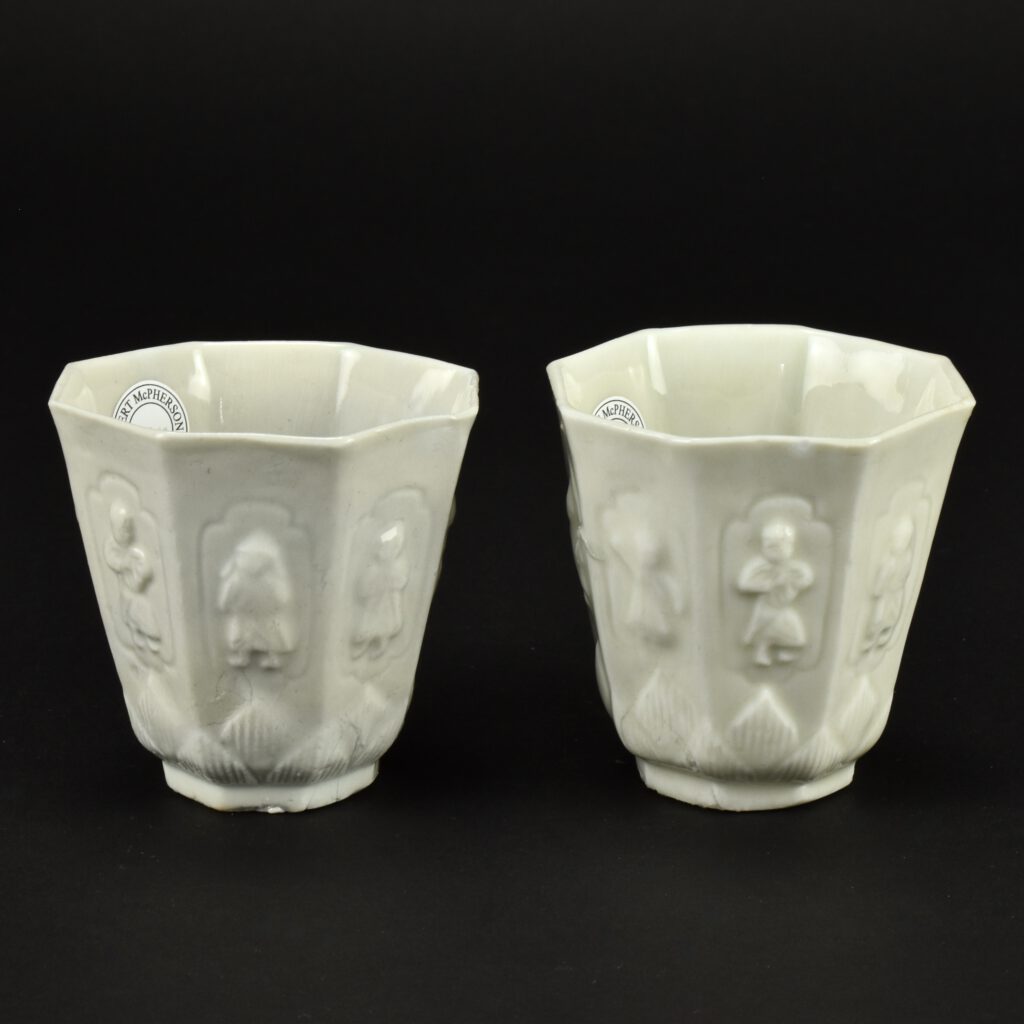 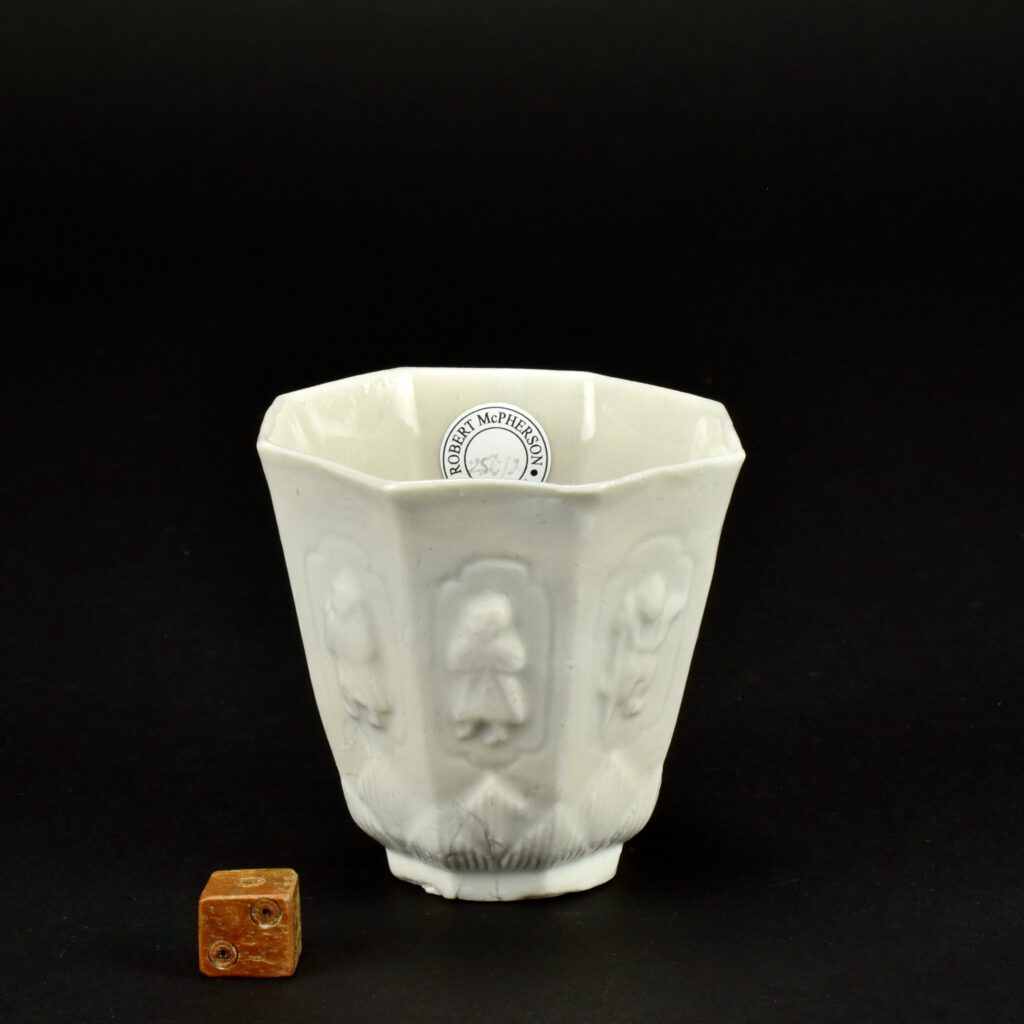 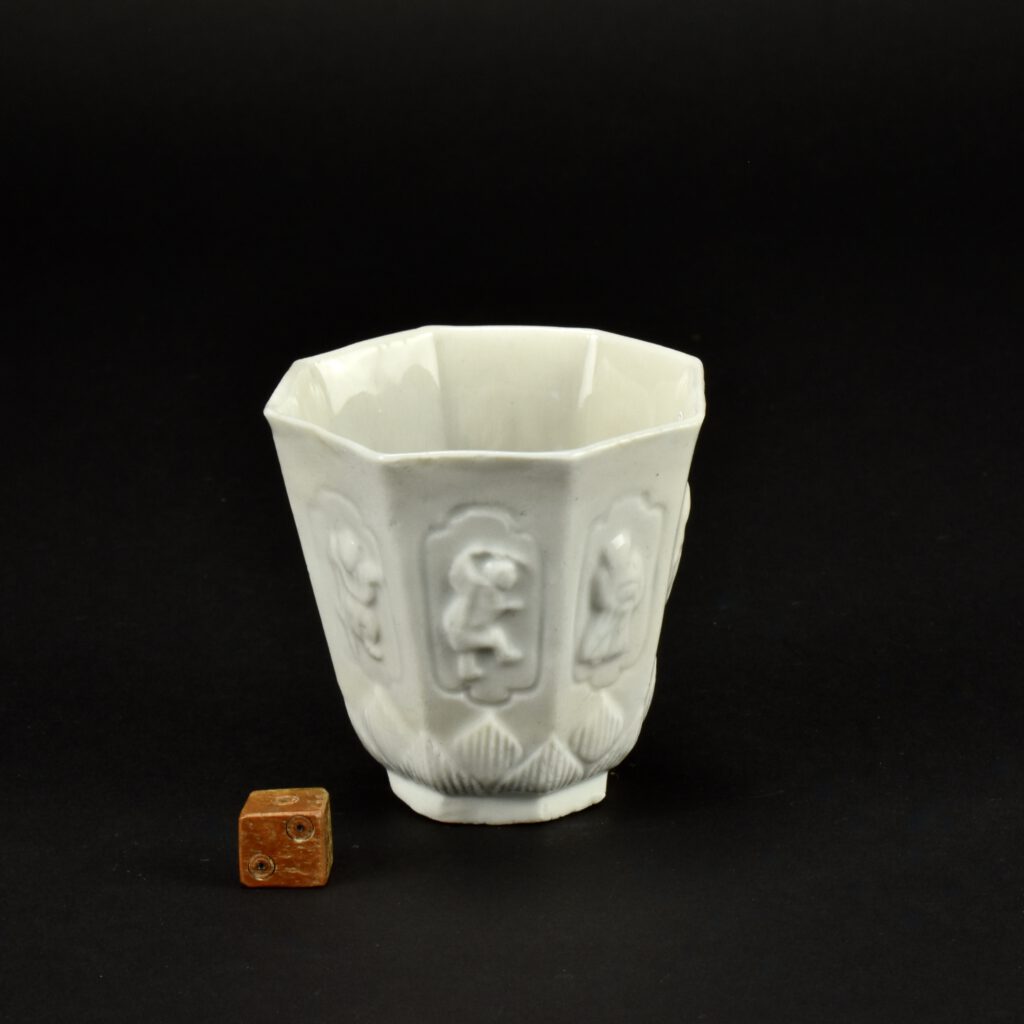 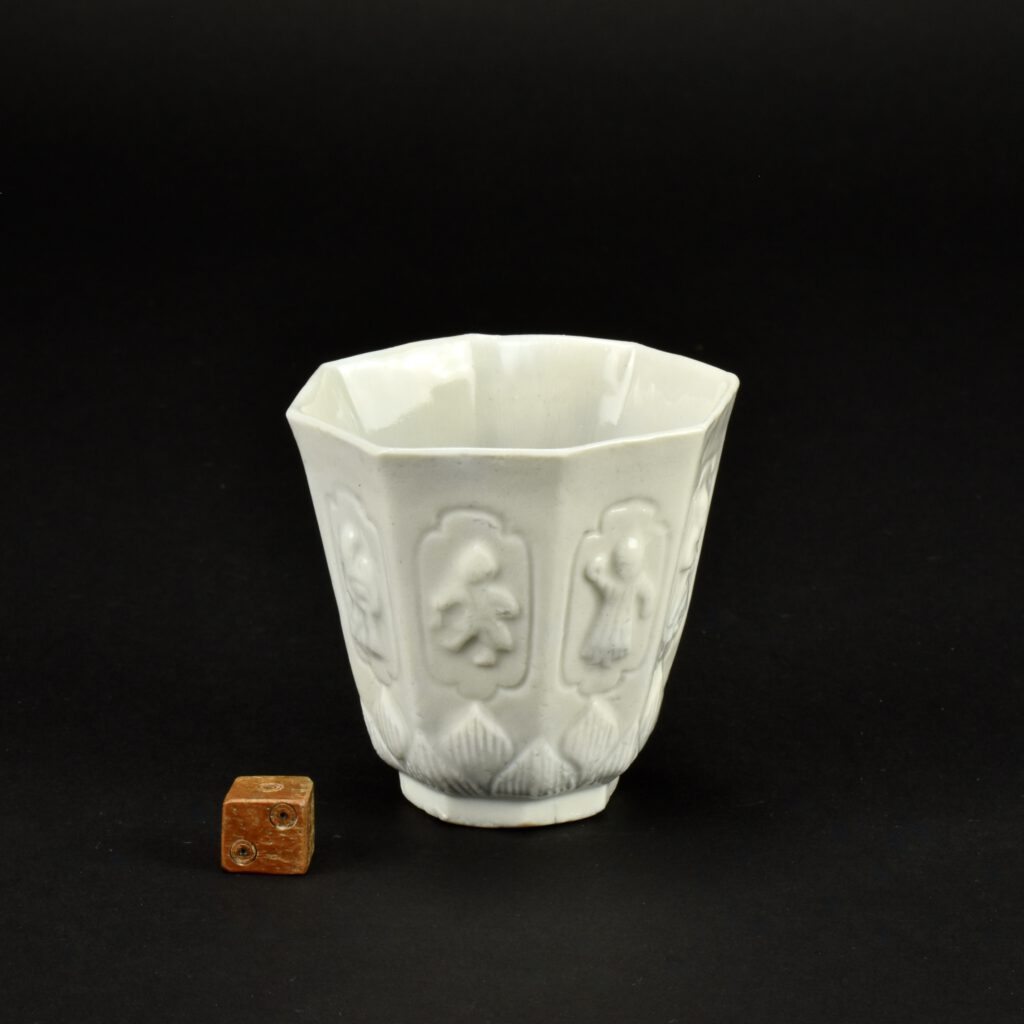 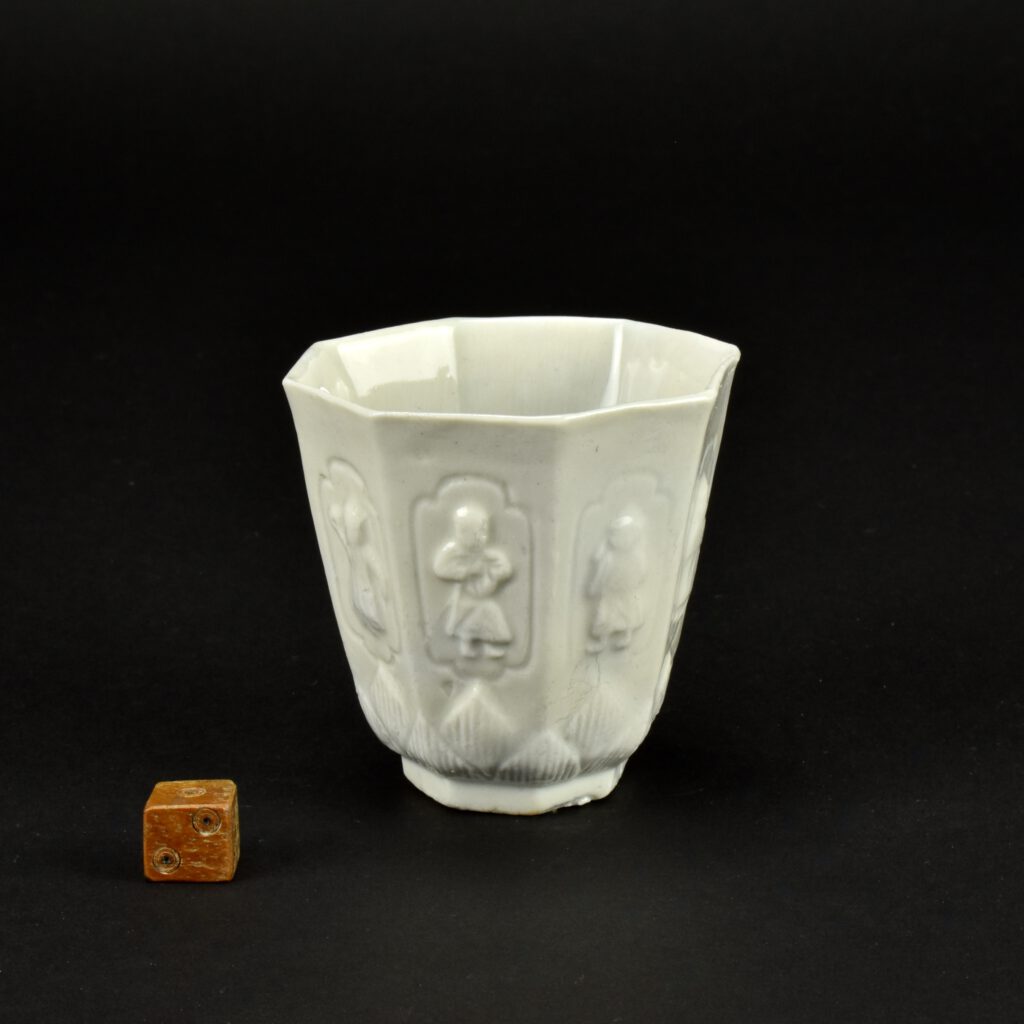 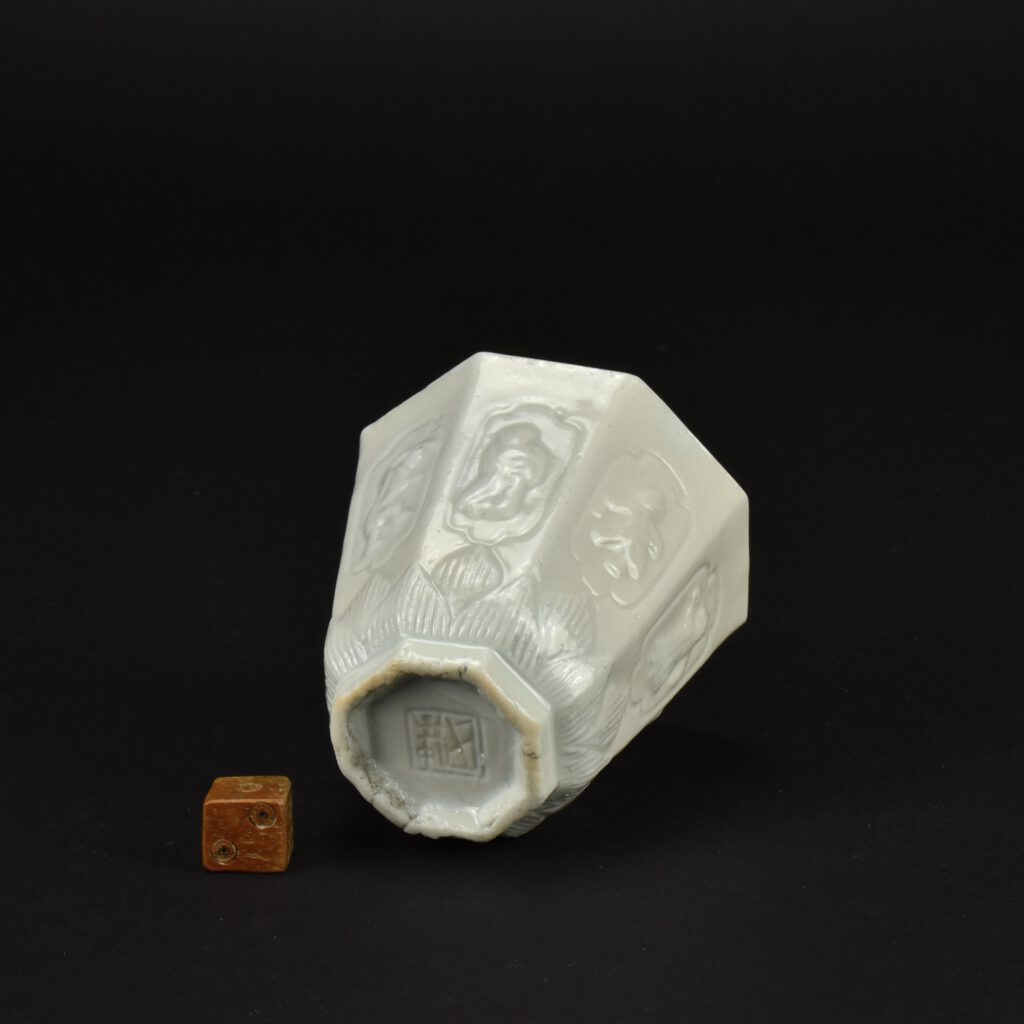 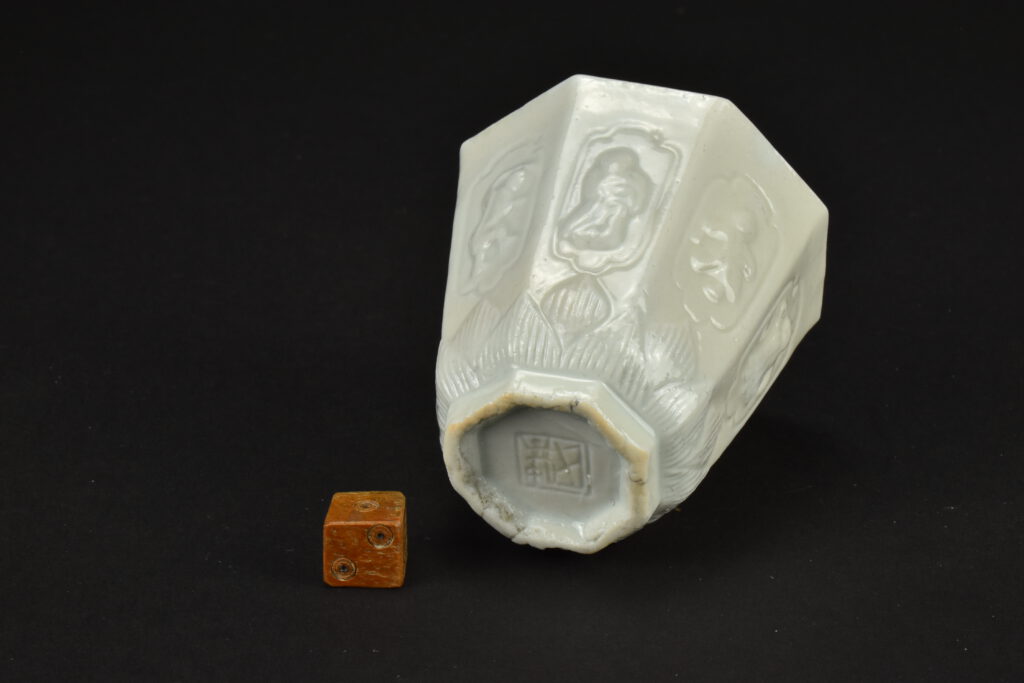 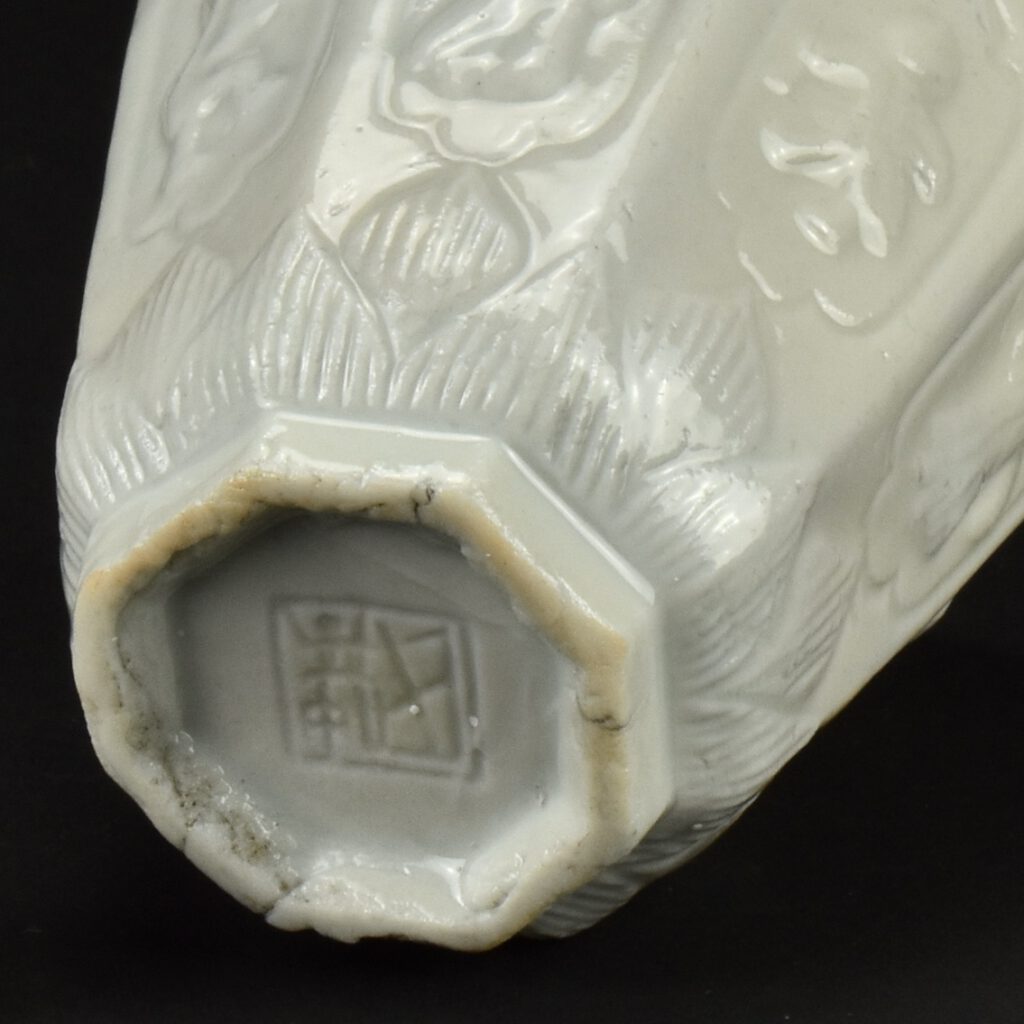 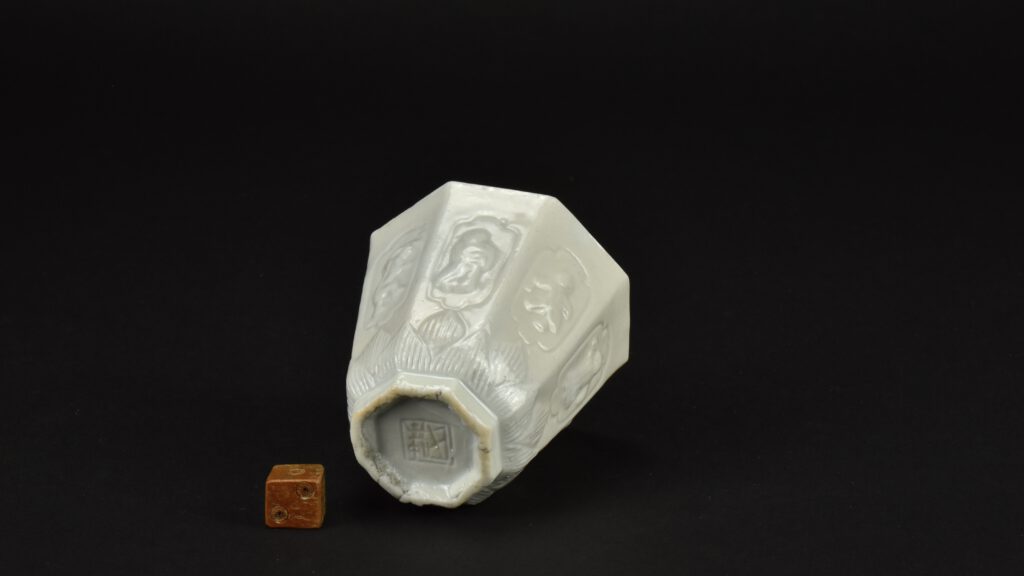 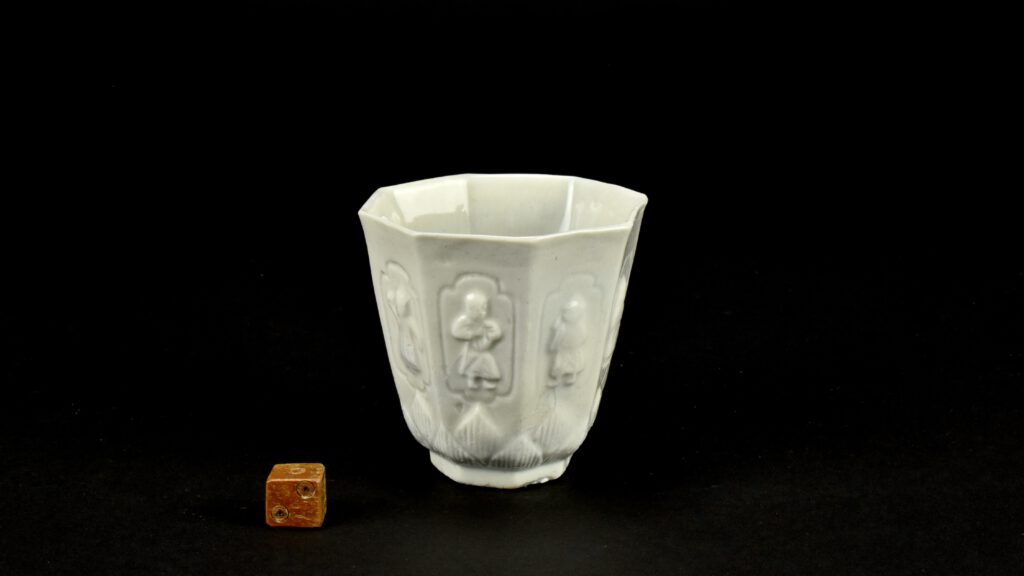