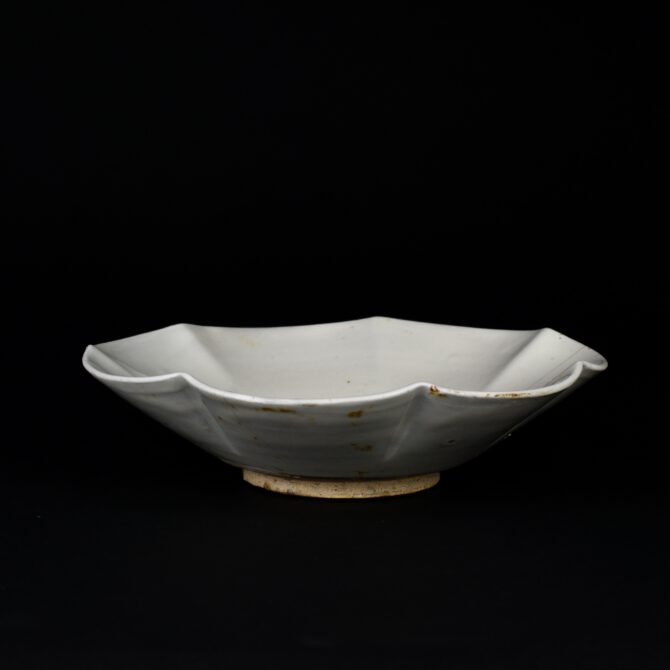 A Northern Song Dynasty Cizhou Type Pottery Flower Shaped Dish c.11th Century, Cizhou kilns, probably Hebei Province. This Cizhou pottery dish is decorated with cream coloured slip and a pale straw-coloured glaze, the shape was made by indenting the sides with a tool from the back. The interior has three spur marks, this shows that another pot was placed on top of  this one. Space inside a kiln was precious and every inch counted.

Condition
In poor condition - There are two long cracks. The is a burst bubble in the body, incrustation to the reverse due to burial.
Size
Diameter 20 cm (8 inches)
Provenance
N/A
Stock number
25615 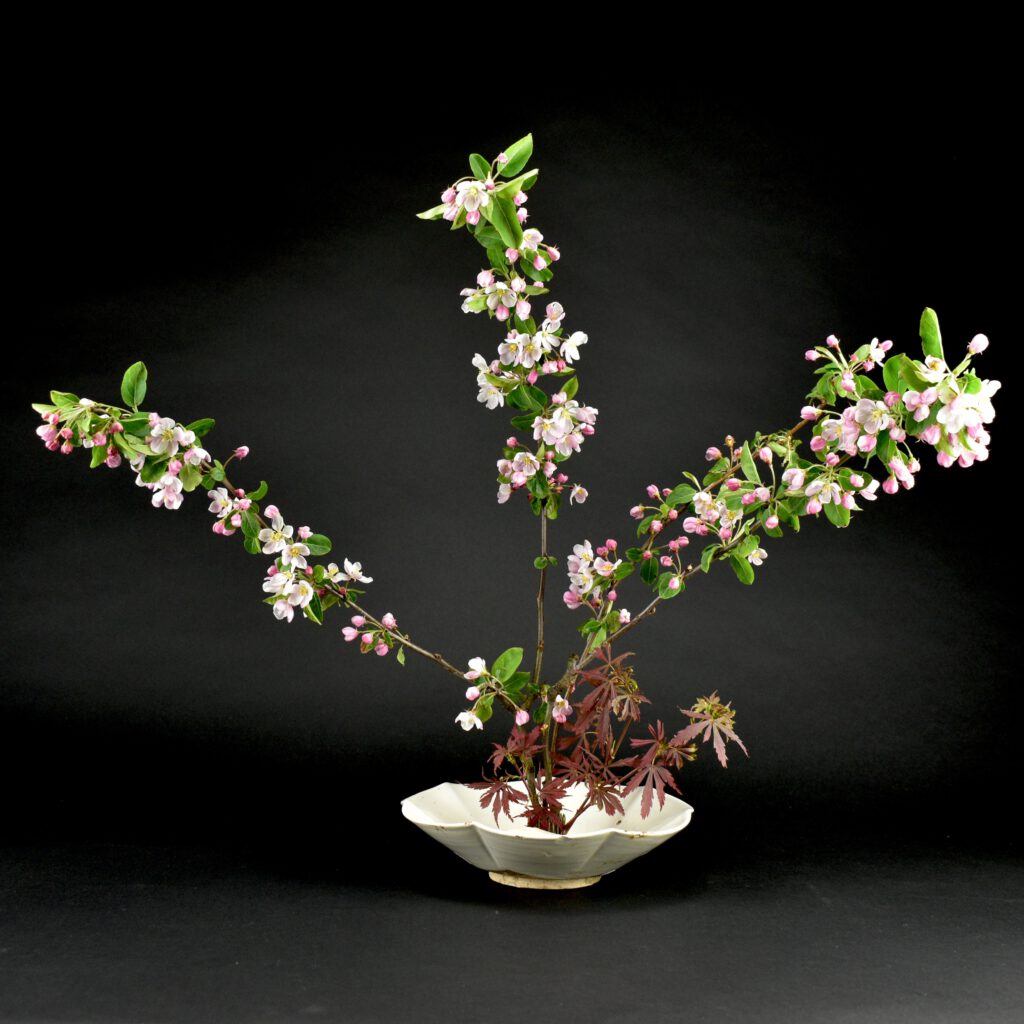 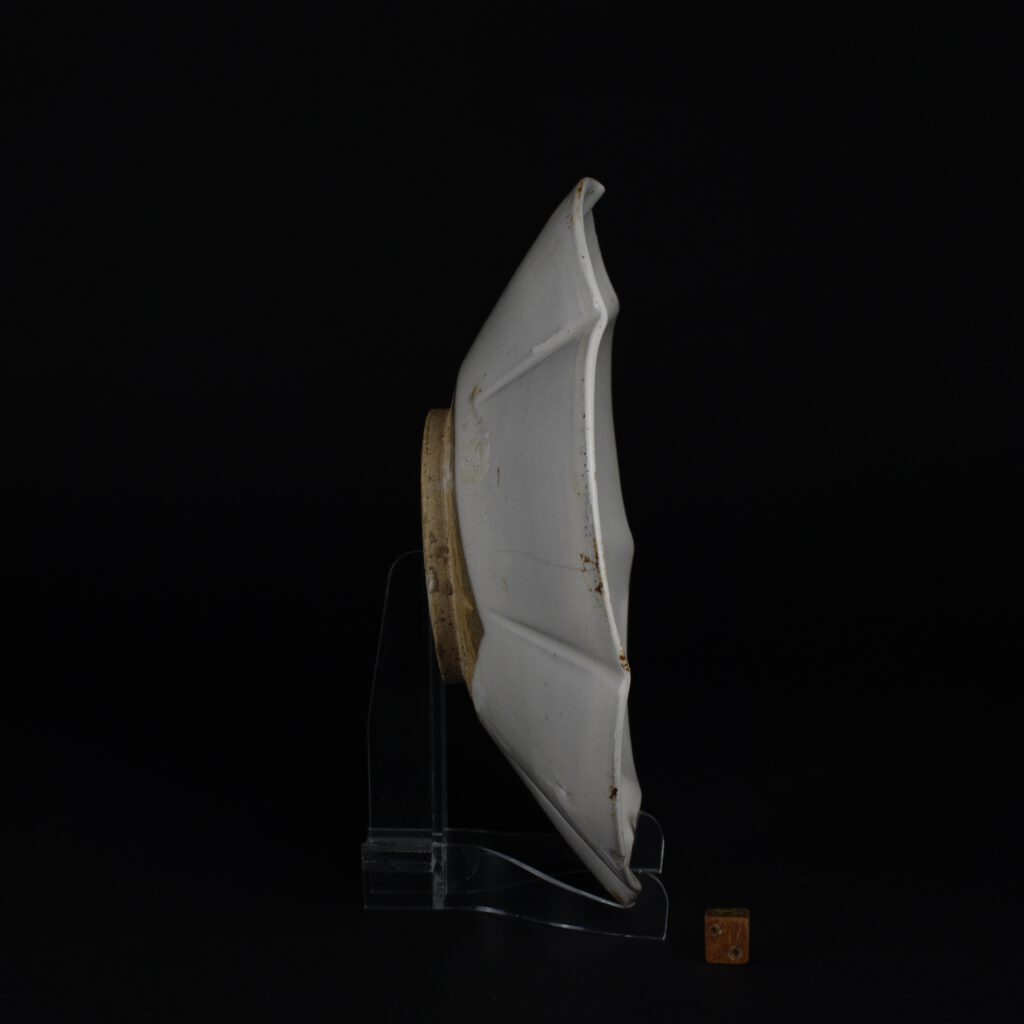 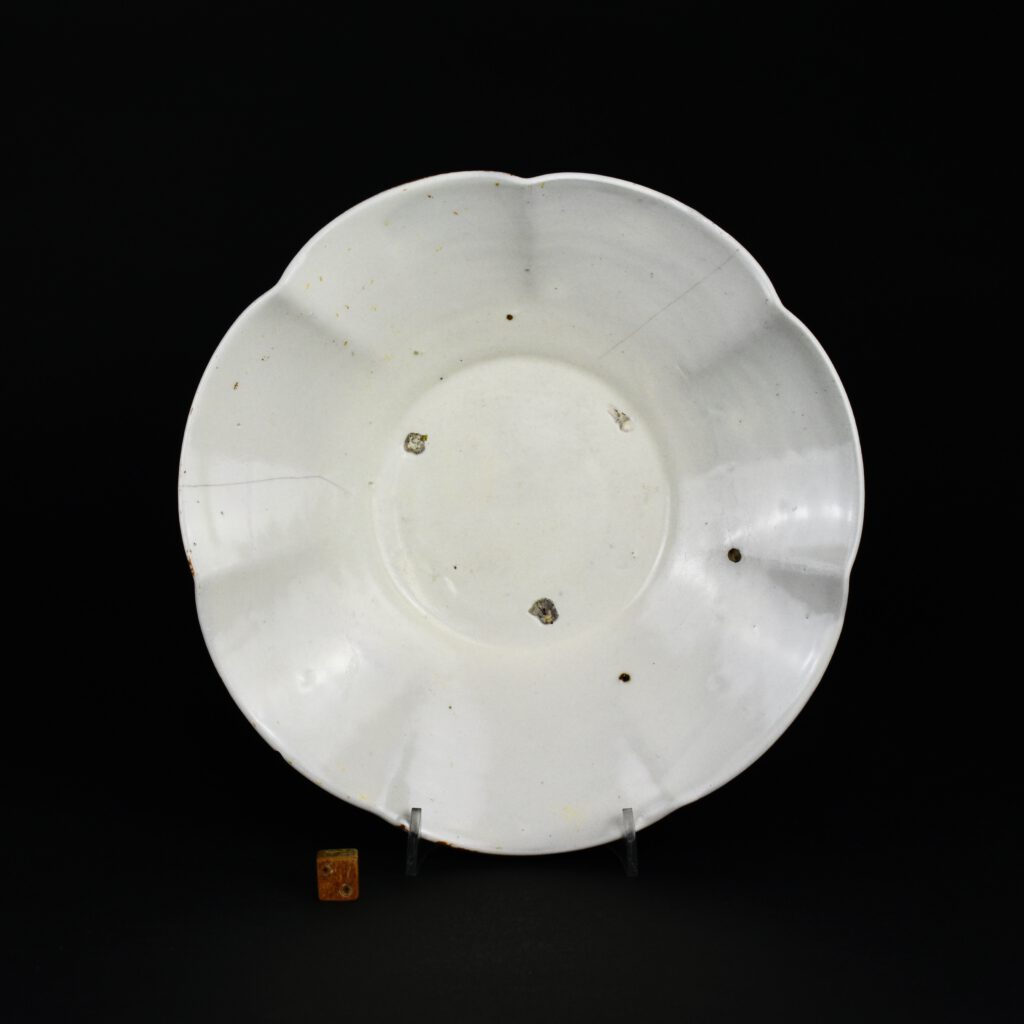 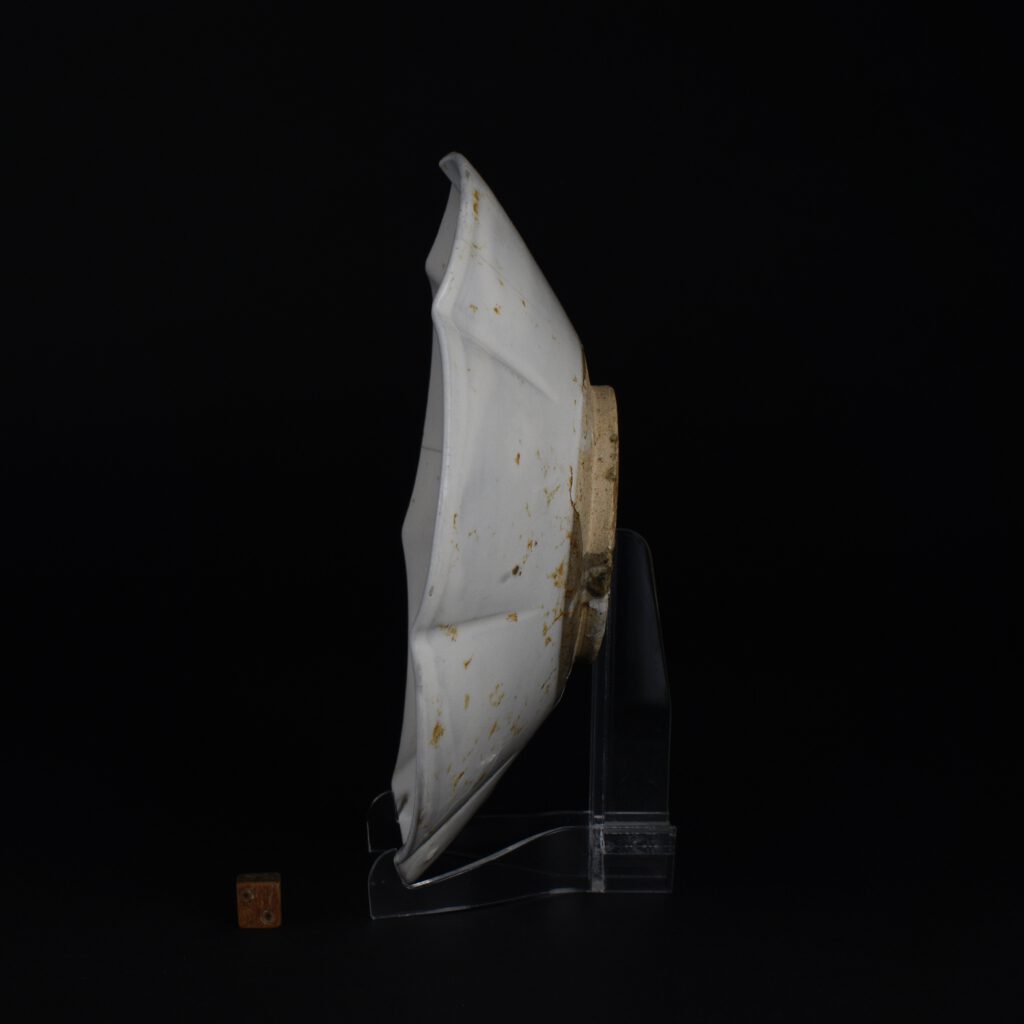 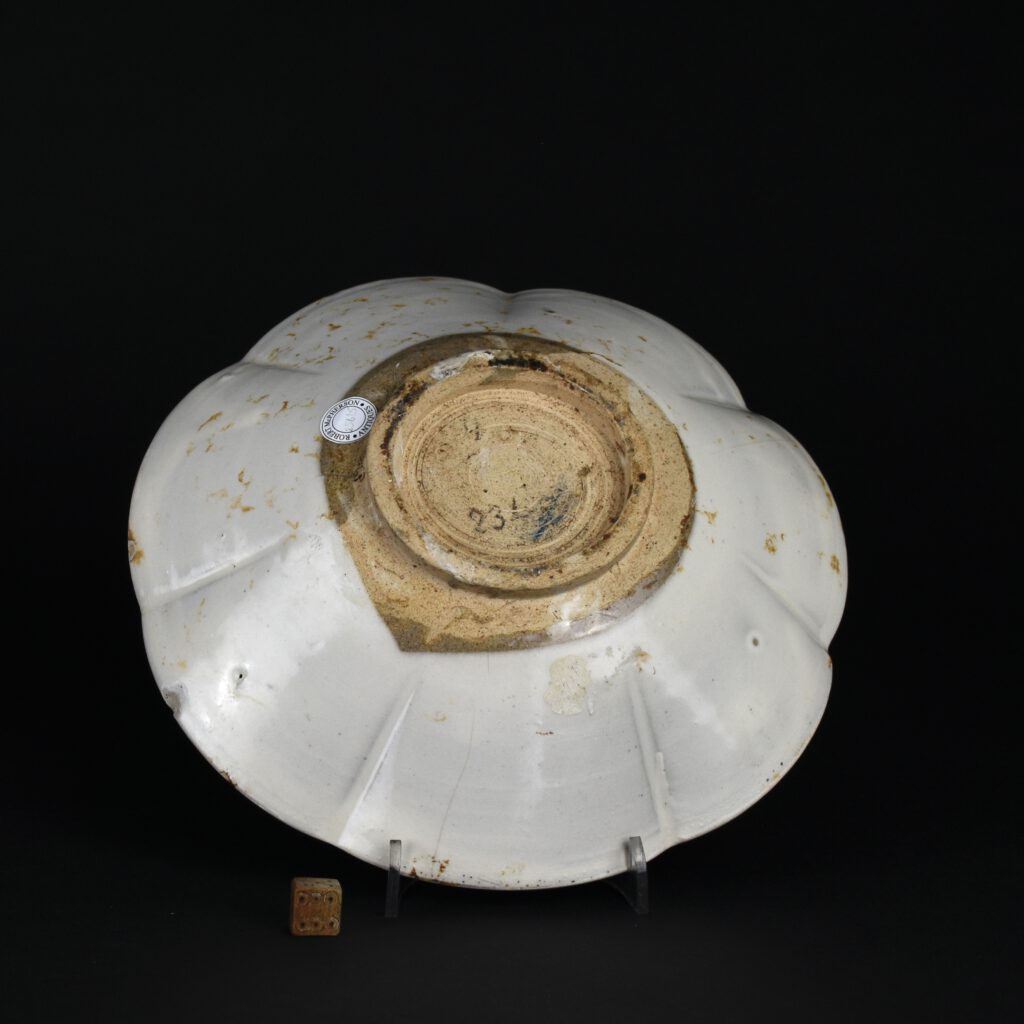 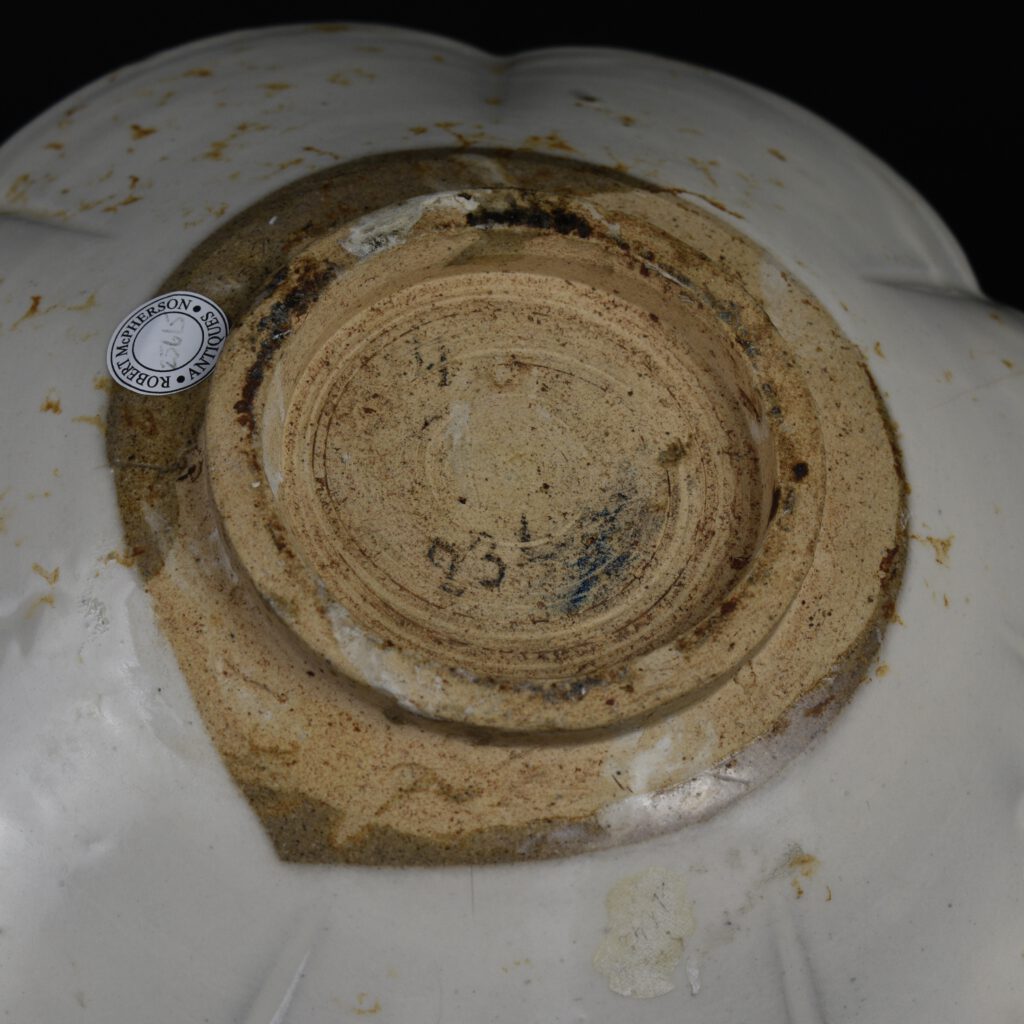 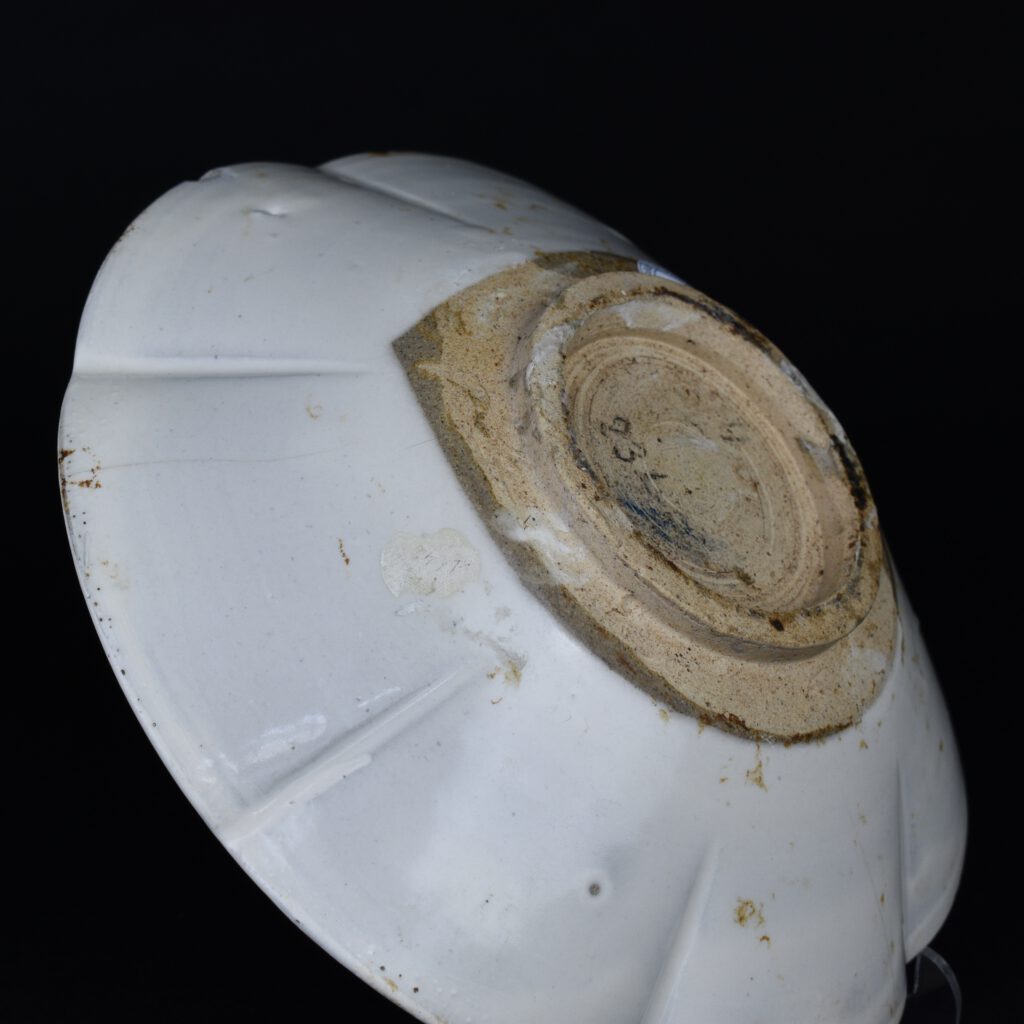 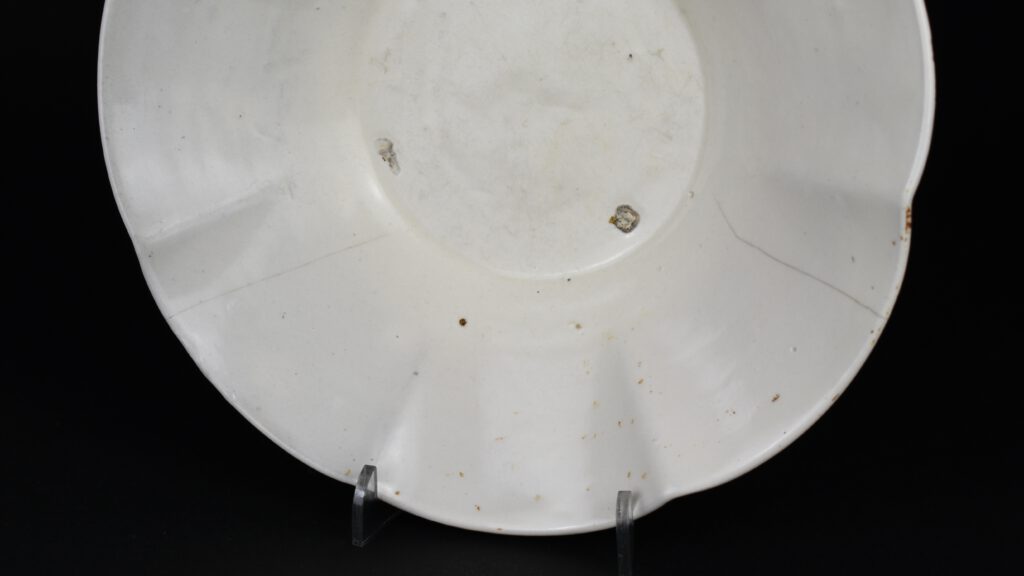 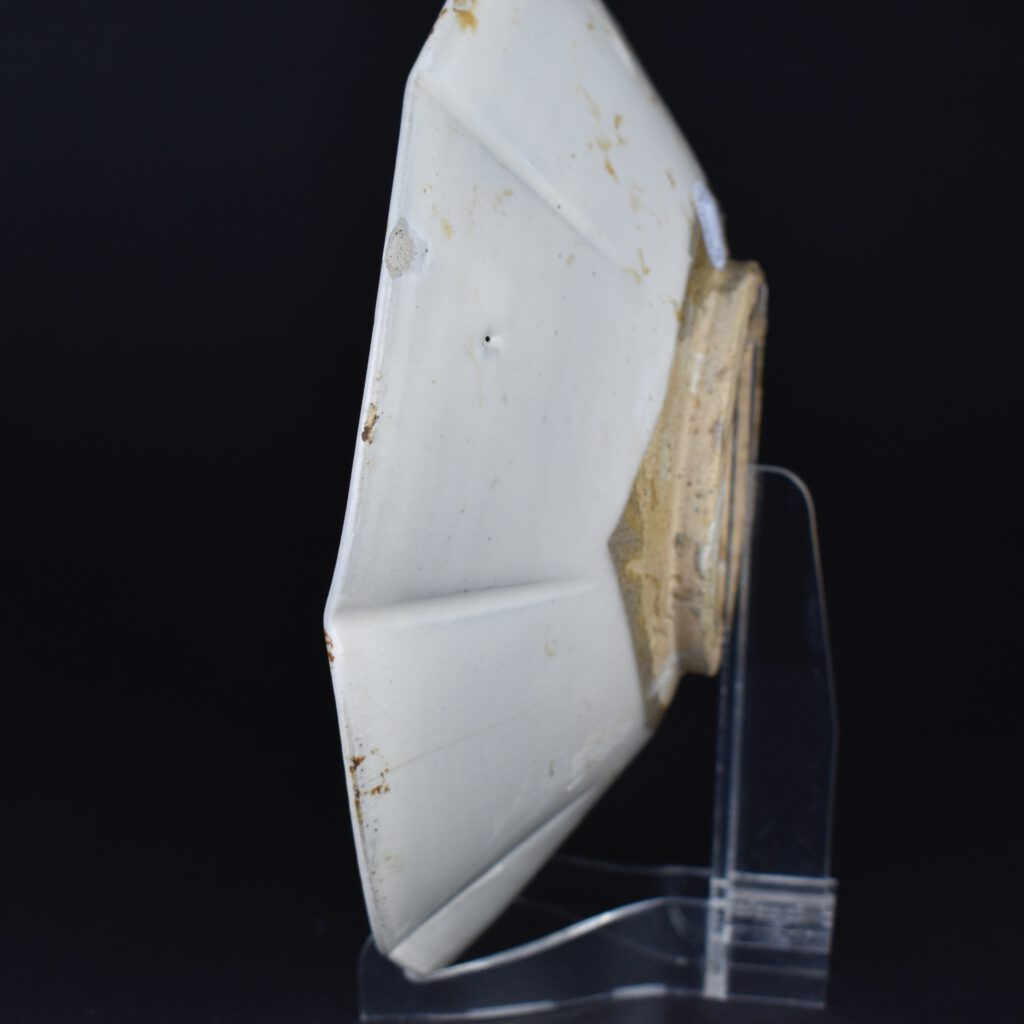 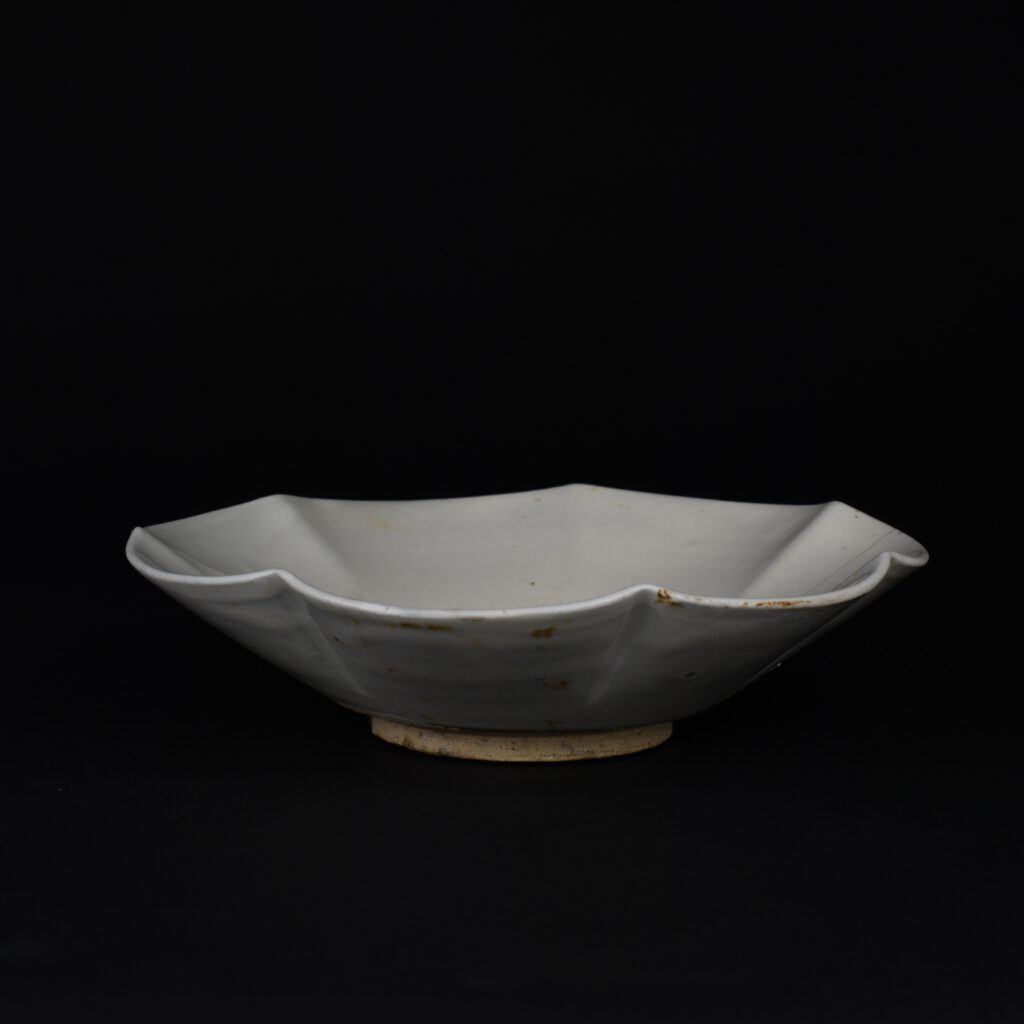 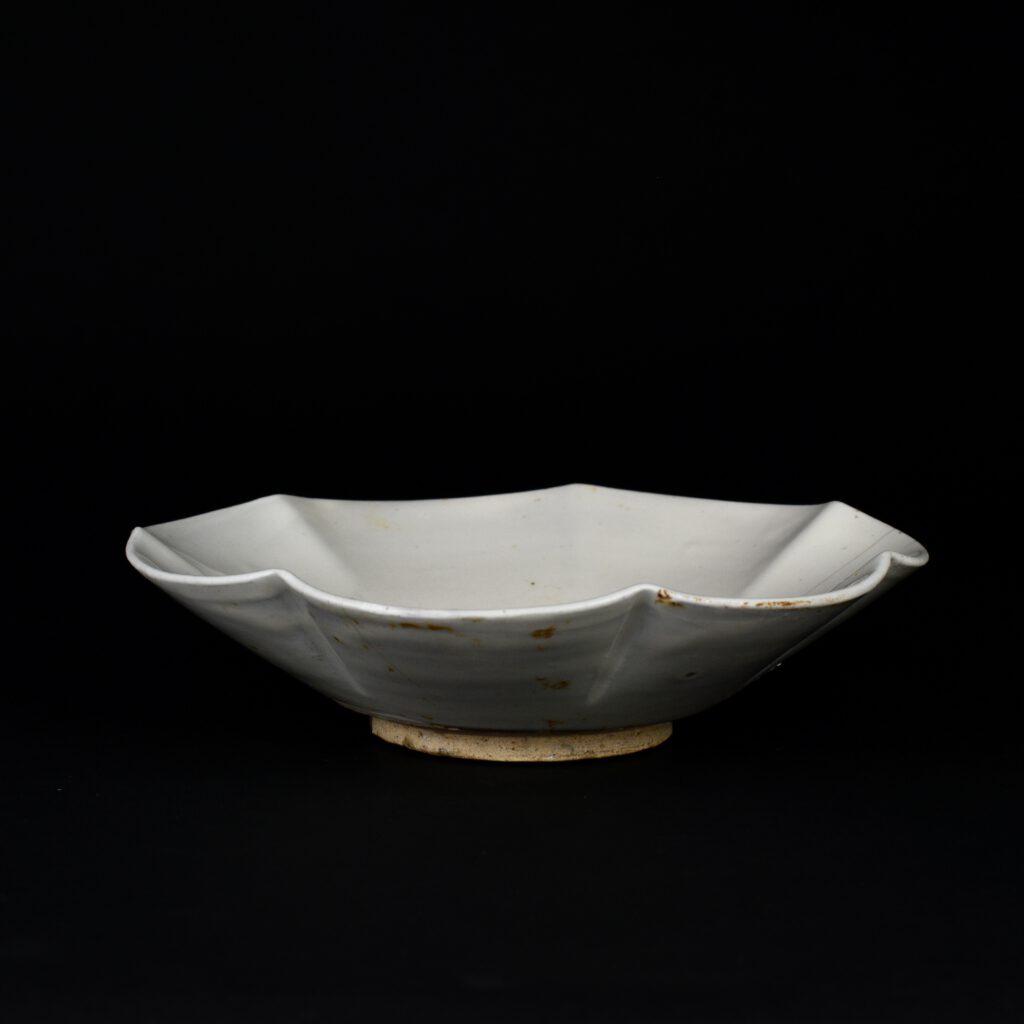