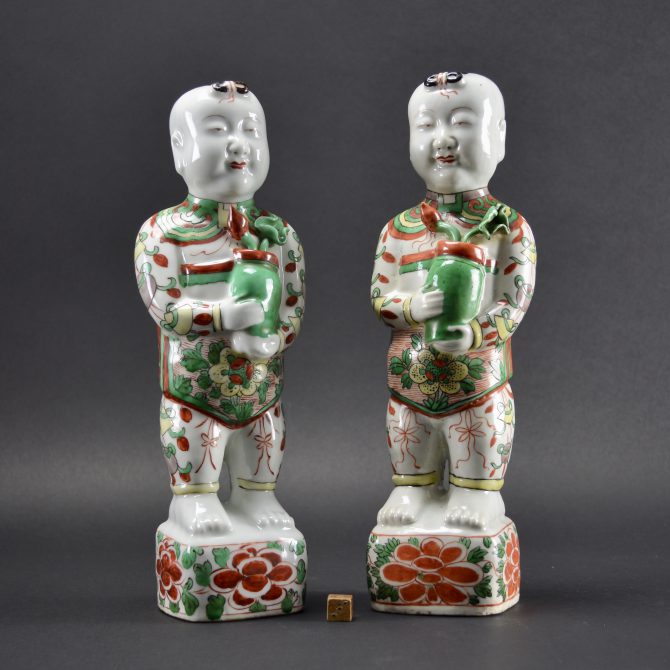 A Pair of Kangxi Famille Verte Porcelain Models of Boys

A Fine Pair of Kangxi Famille Verte Porcelain Boys holding vases of flowering lotus. Kangxi models such as these are well known and occur in a wide variety of form, size and decoration. This pair is of higher quality than most with bright clear enemels contrasting with a whiter than usual glaze.

These Famille Verte models are undoubtedly Exportware, however the meaning conveyed by a boy holding lotus would have been lost to a Western audience. Lotus was used as a symbol of purity as well as fertility, growing out of muddy water its blooms looked all the purer, the flowers and seed-heads are often used to symbolise a multitude of offspring. Boys among lotus are recurring theme among Song ceramics. For social, religious, as well as economic reasons boys were what families hoped and indeed prayed for. In China, porcelain, bronze and pottery figures of boys were used at family alters. In 17th century Europe such figures would have been seen as exotic amusing curios from the other side of the world, perfect for decorating a Chinoiserie rooM.

Condition
In perfect condition, as with nearly all of these Kangxi figures the painting is slightly different from one to the other.
Size
Height 28.5cm and 28.2cm
Provenance
N/A
Stock number
25601
References
For a pair of related Kangxi boys dated to c.1700-1720 see : Oriental Export Market Porcelain and its Influence on European Wares (Geoffrey A. Godden, Granada, 1979. ISBN 0246110570) page 579, plate 600. 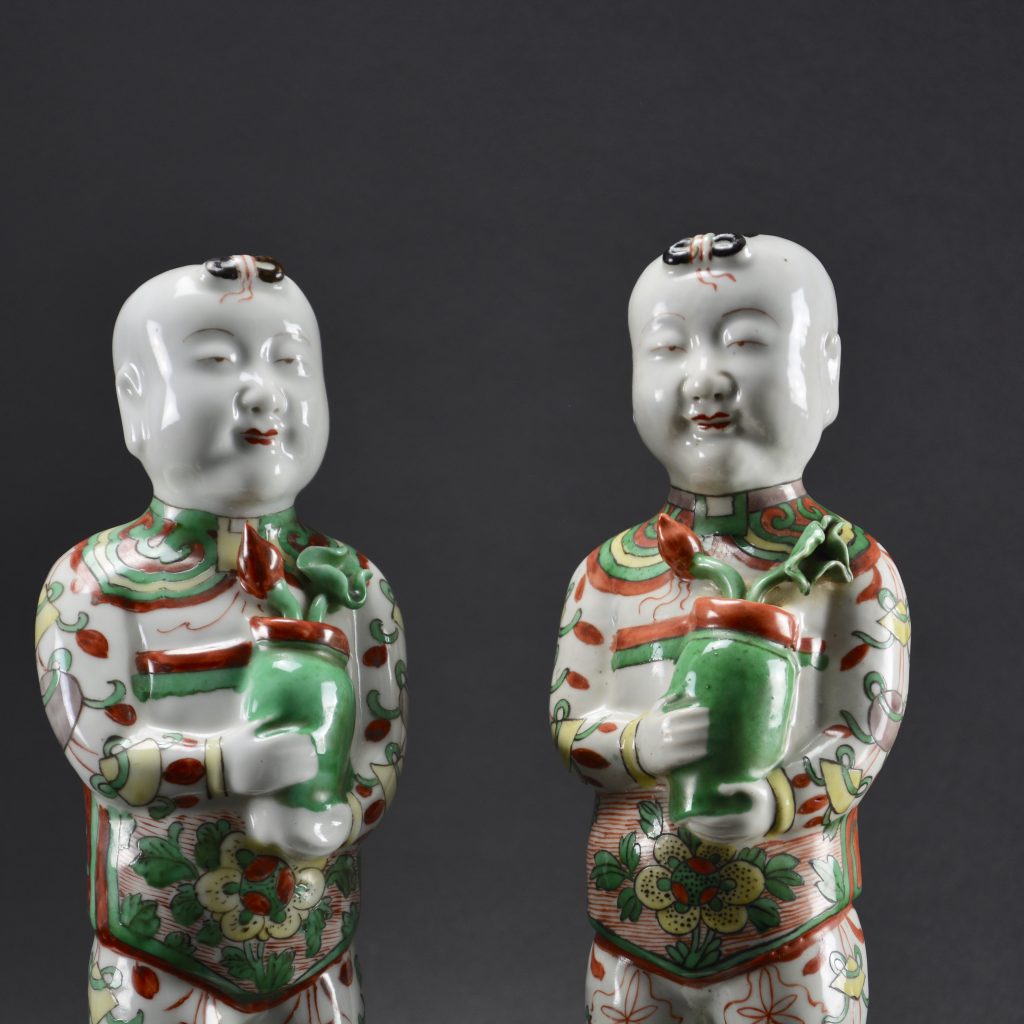 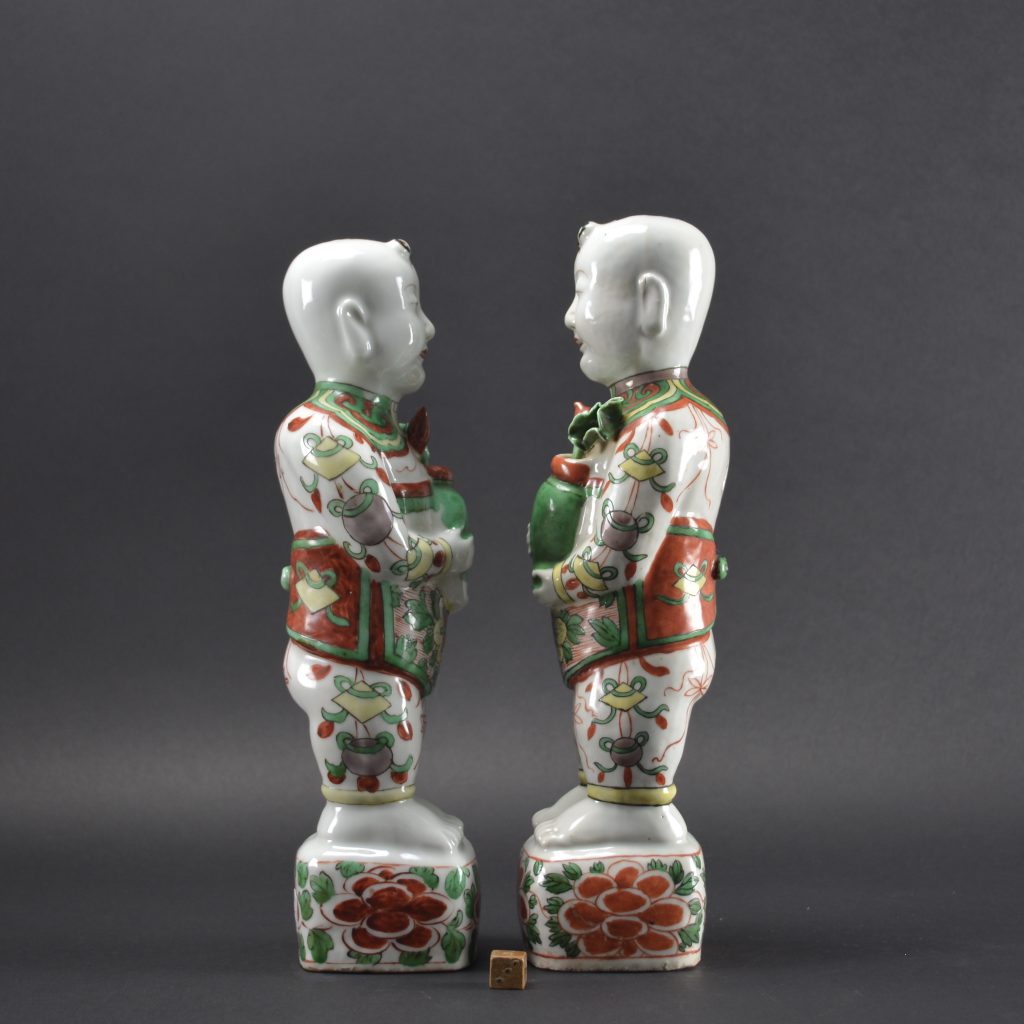 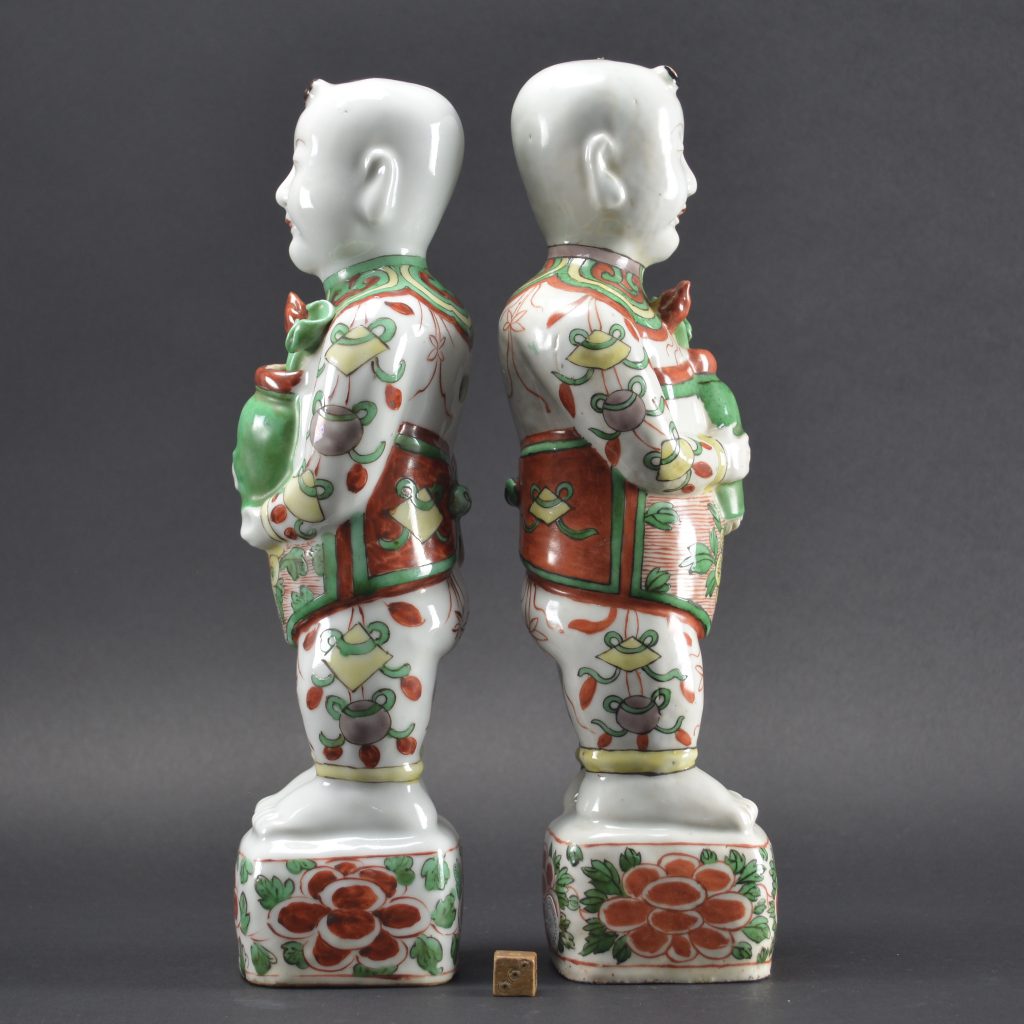 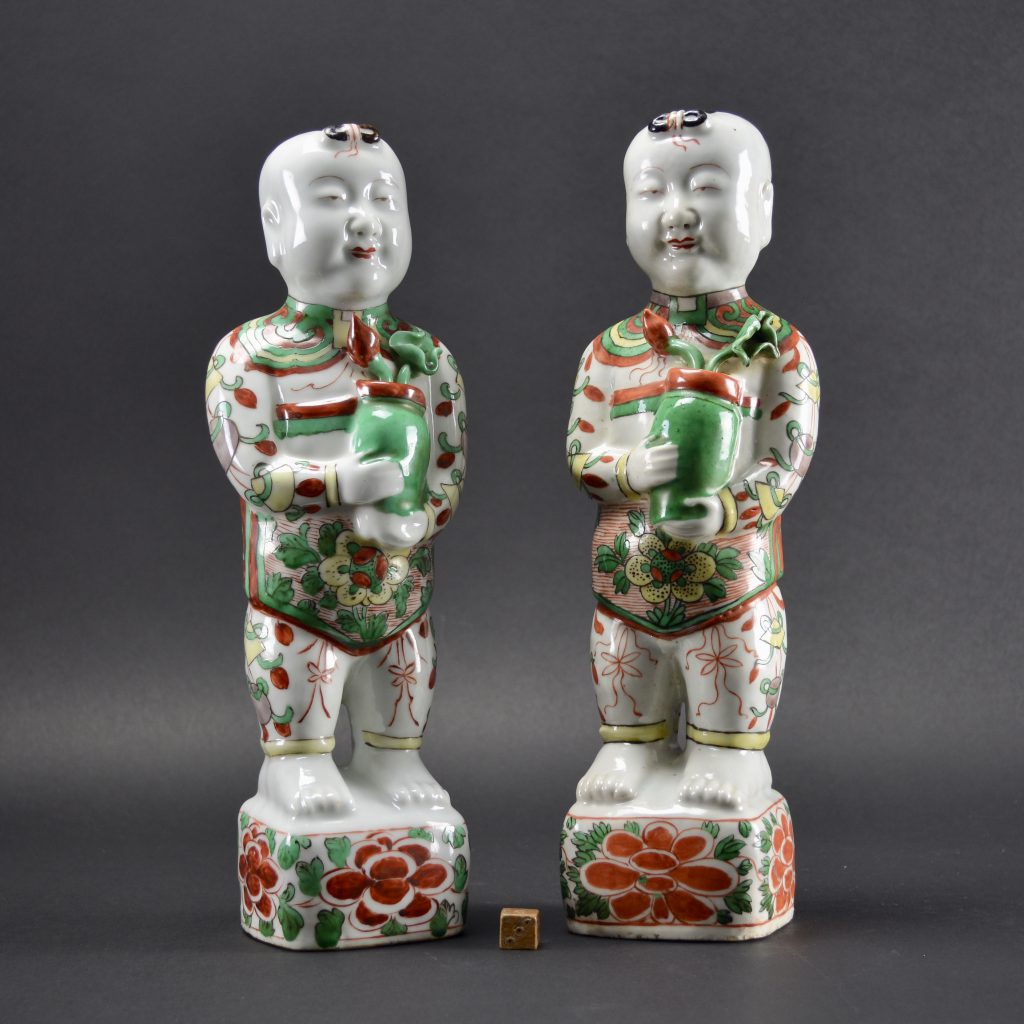 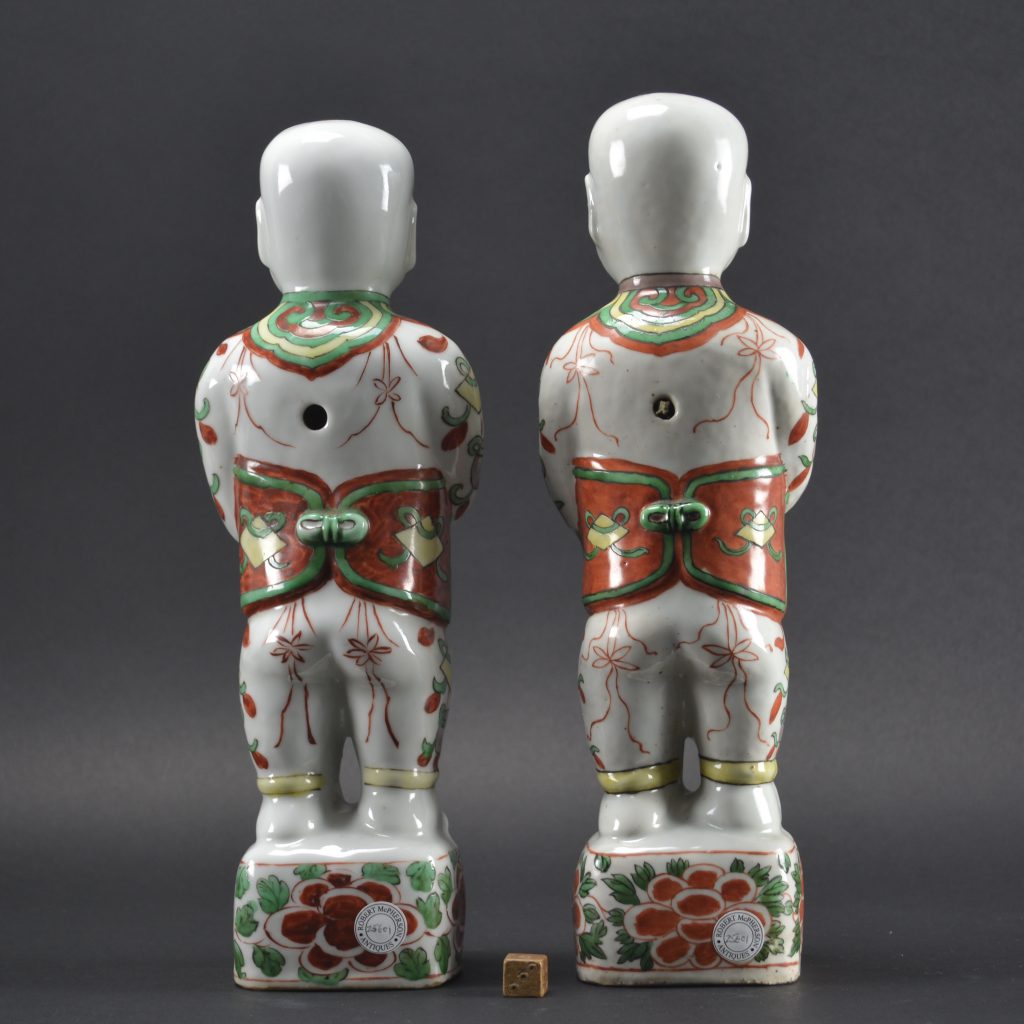 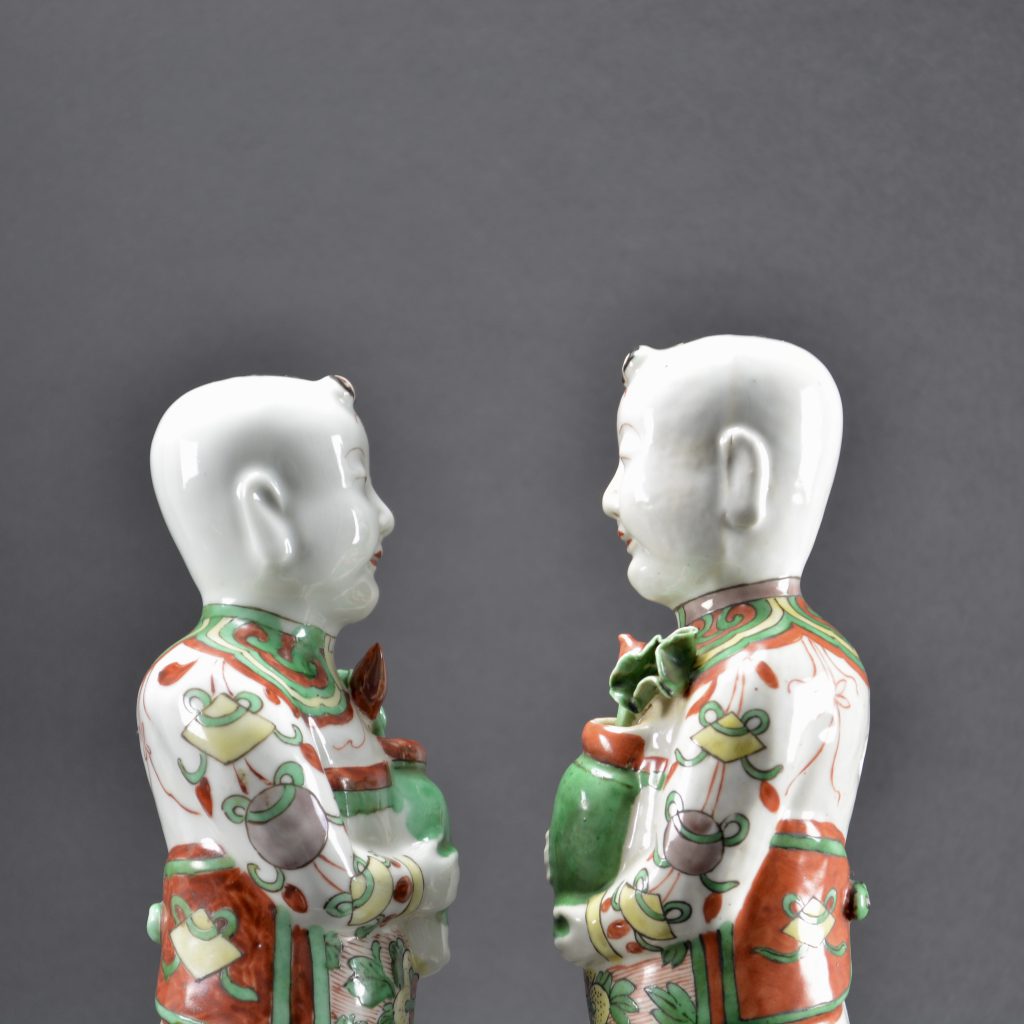 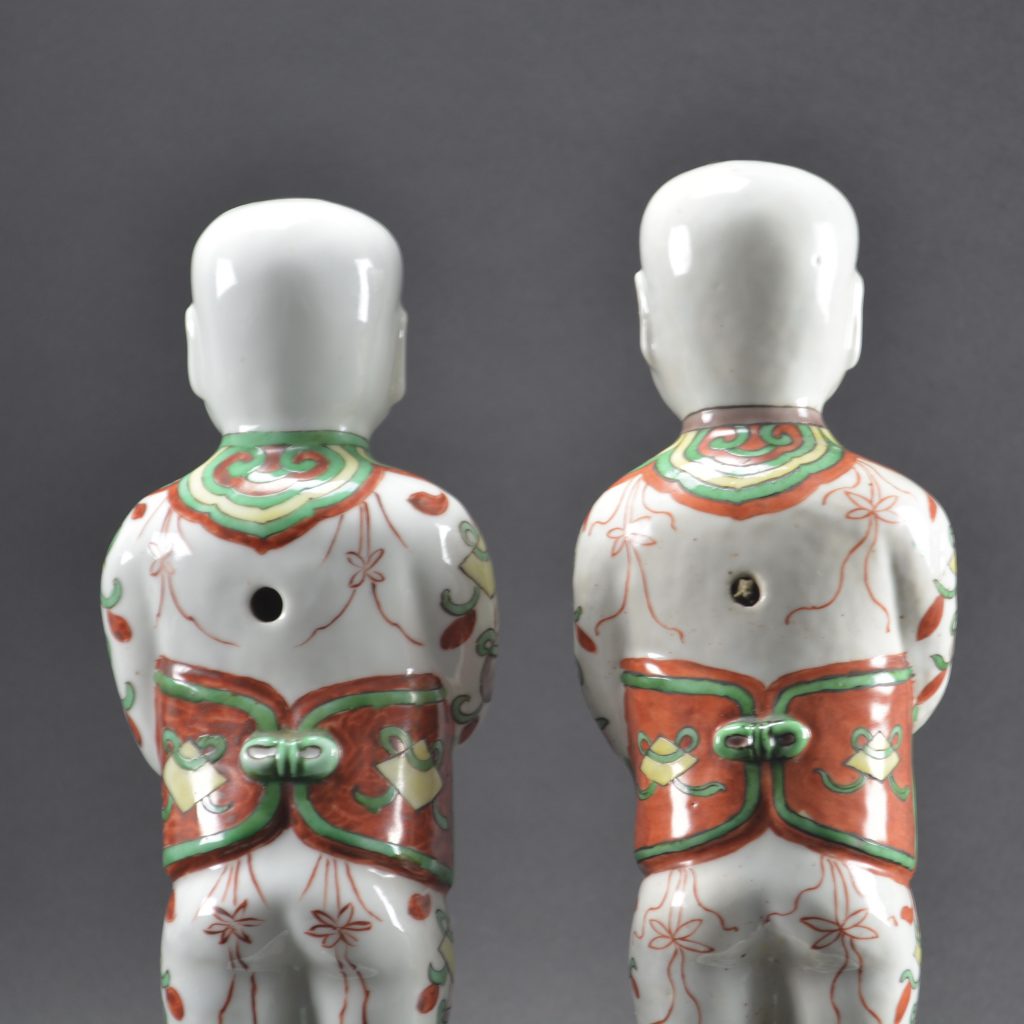 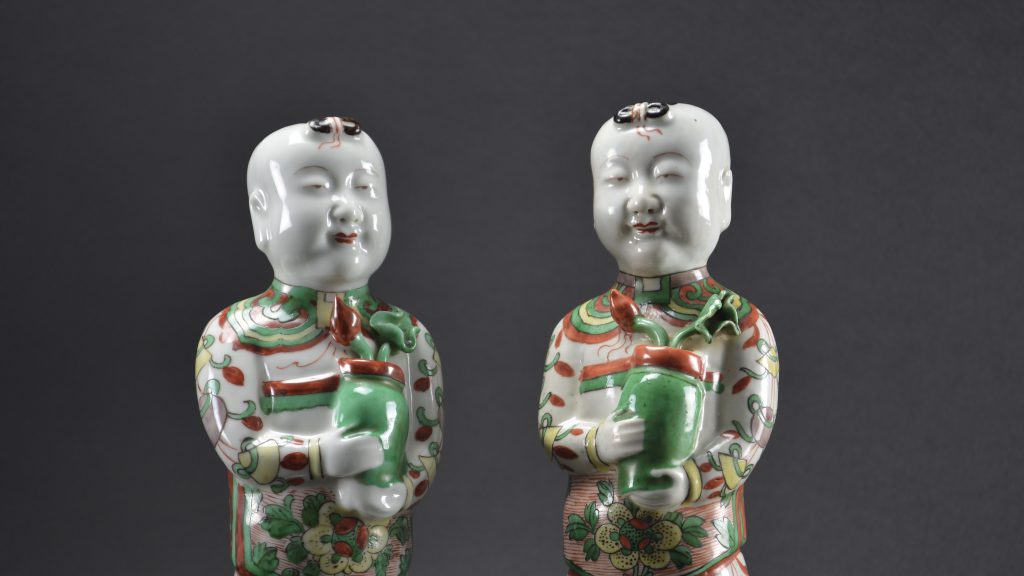 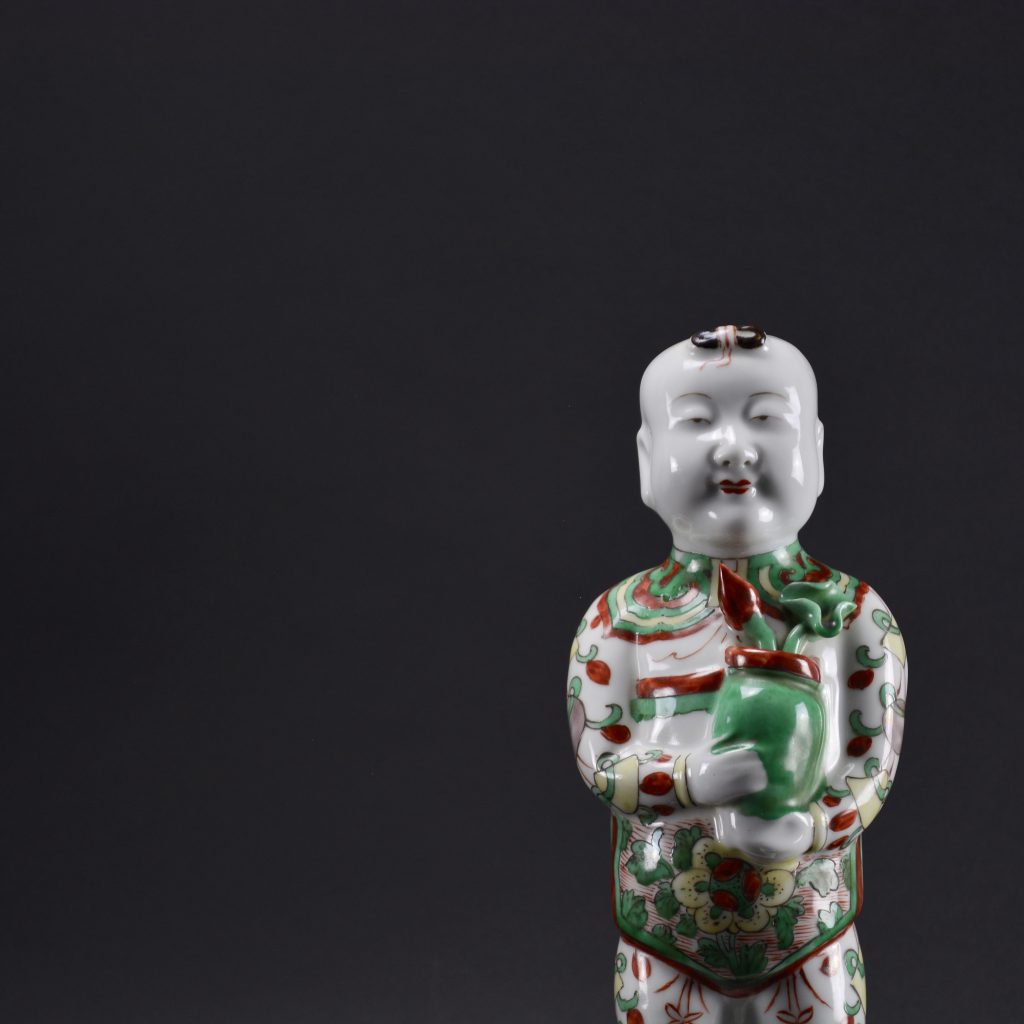 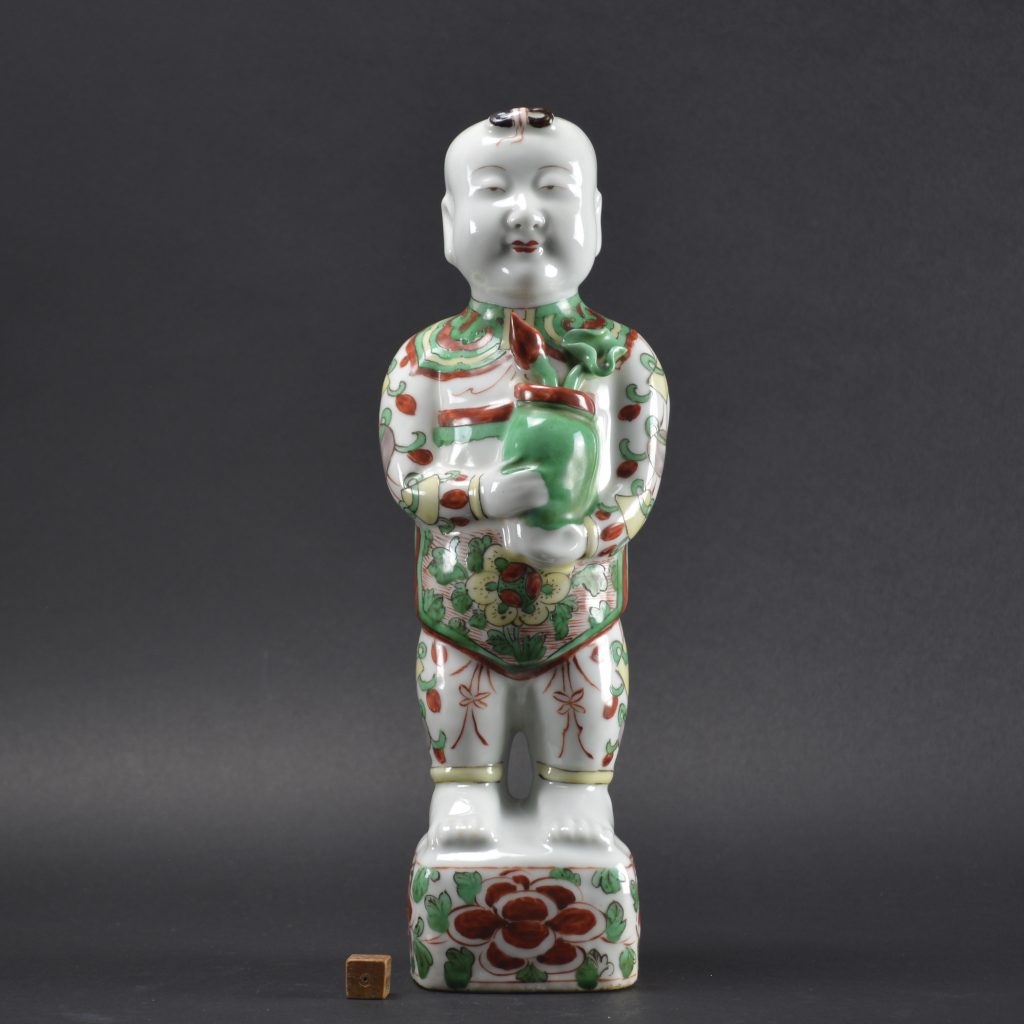 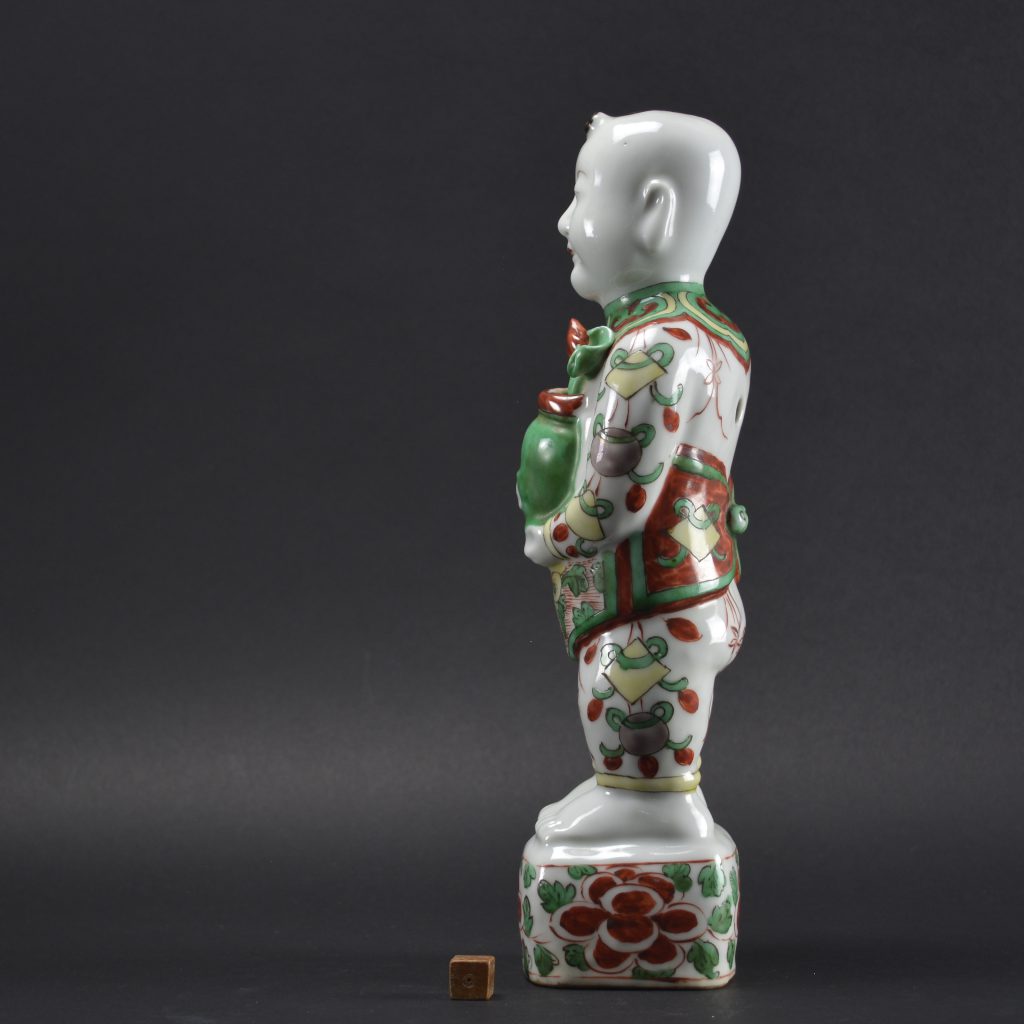 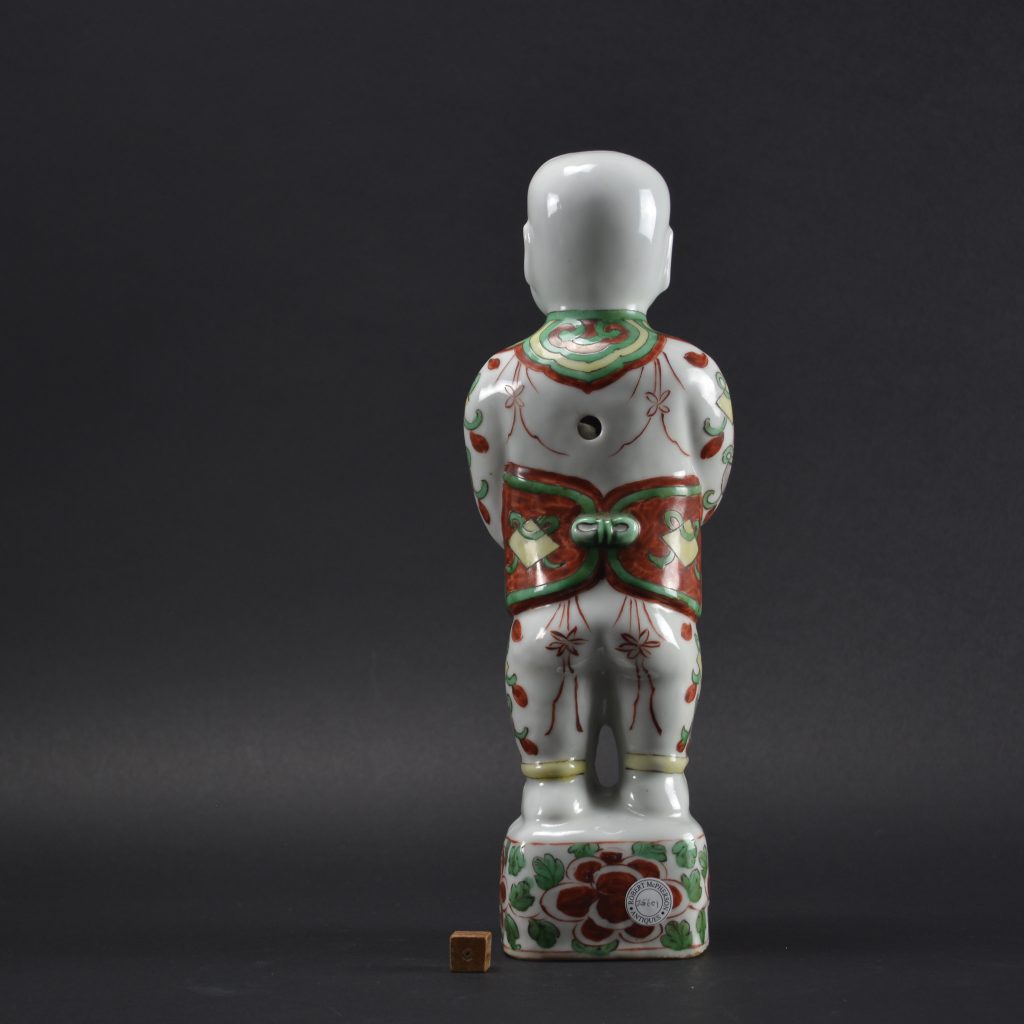 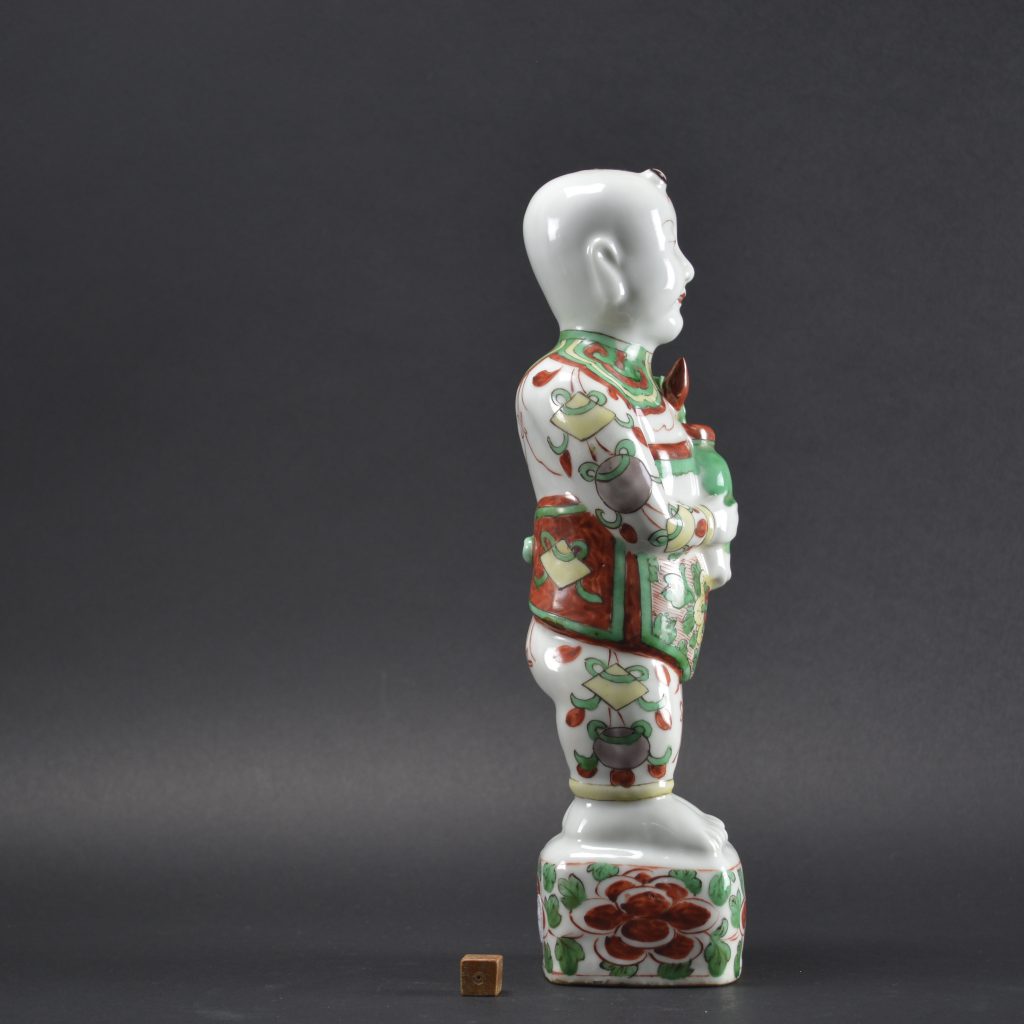 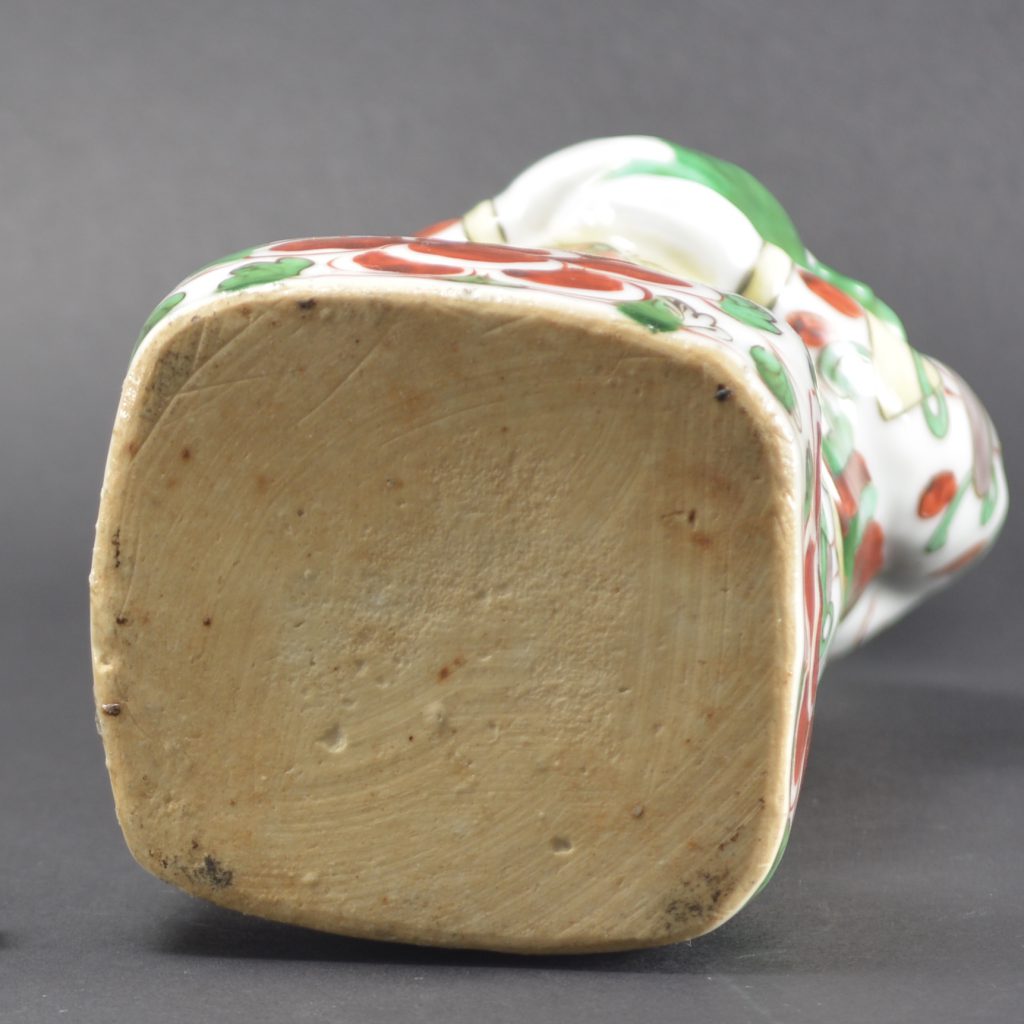 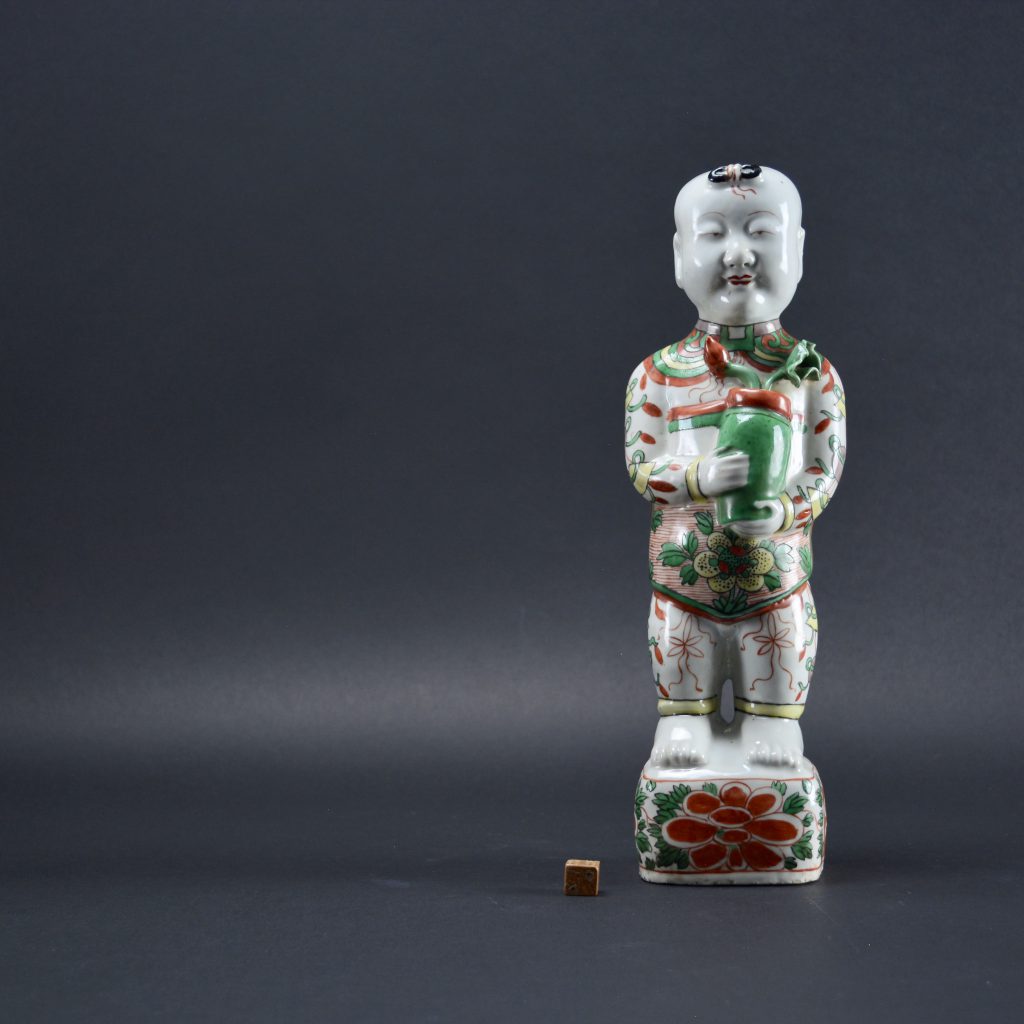 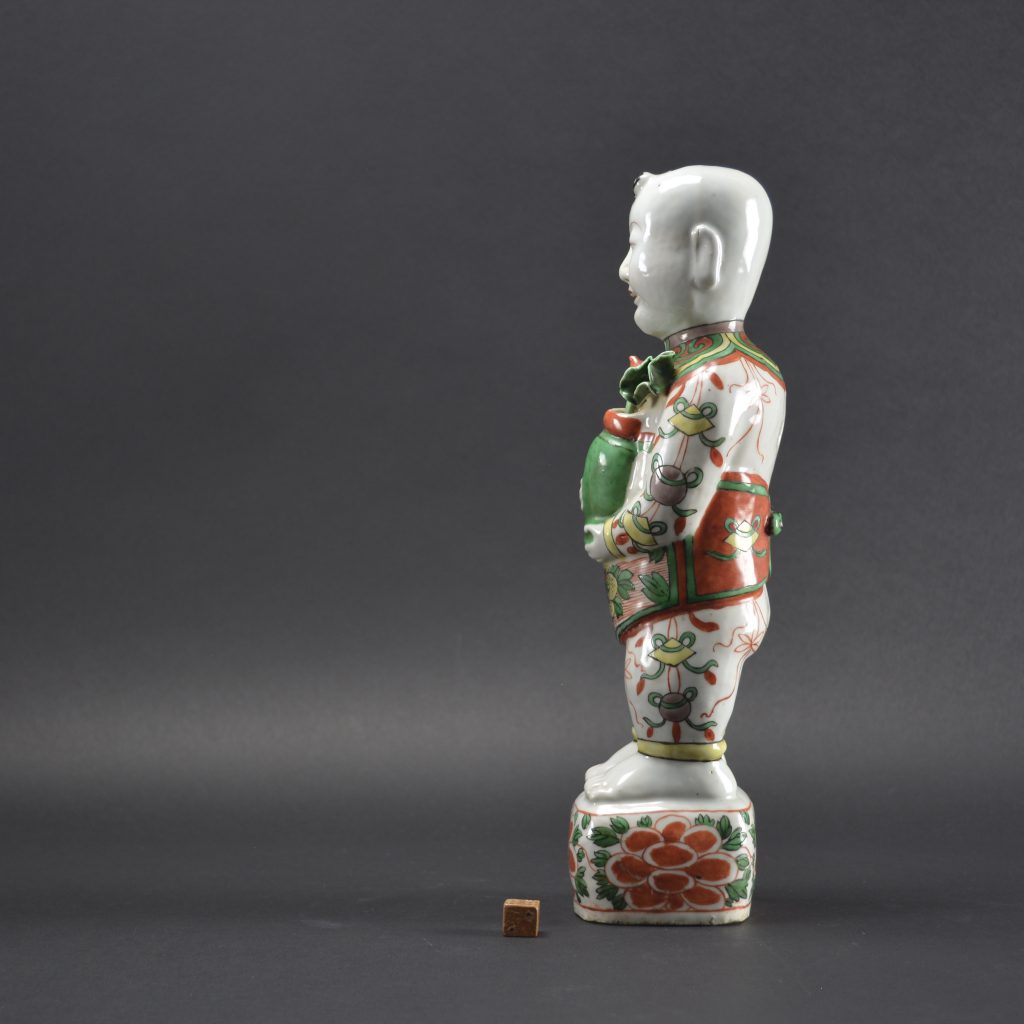 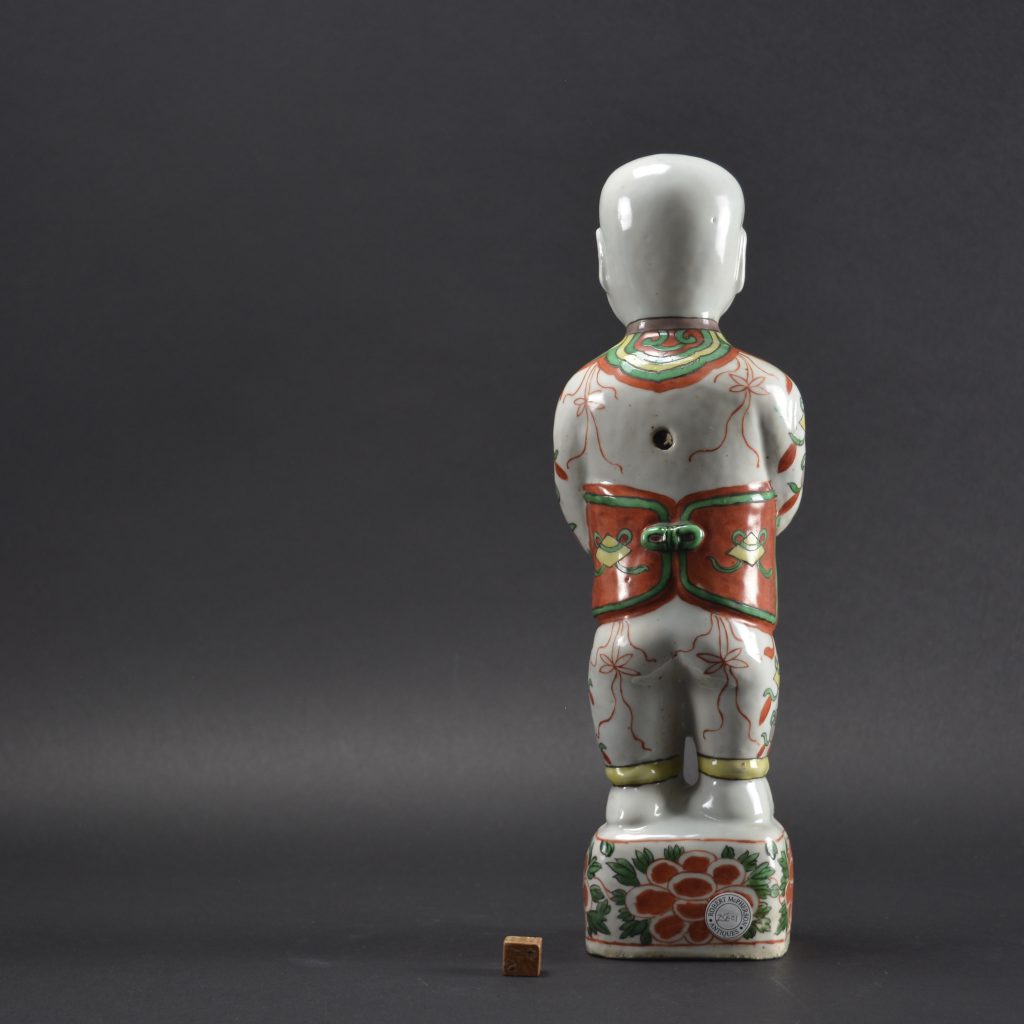 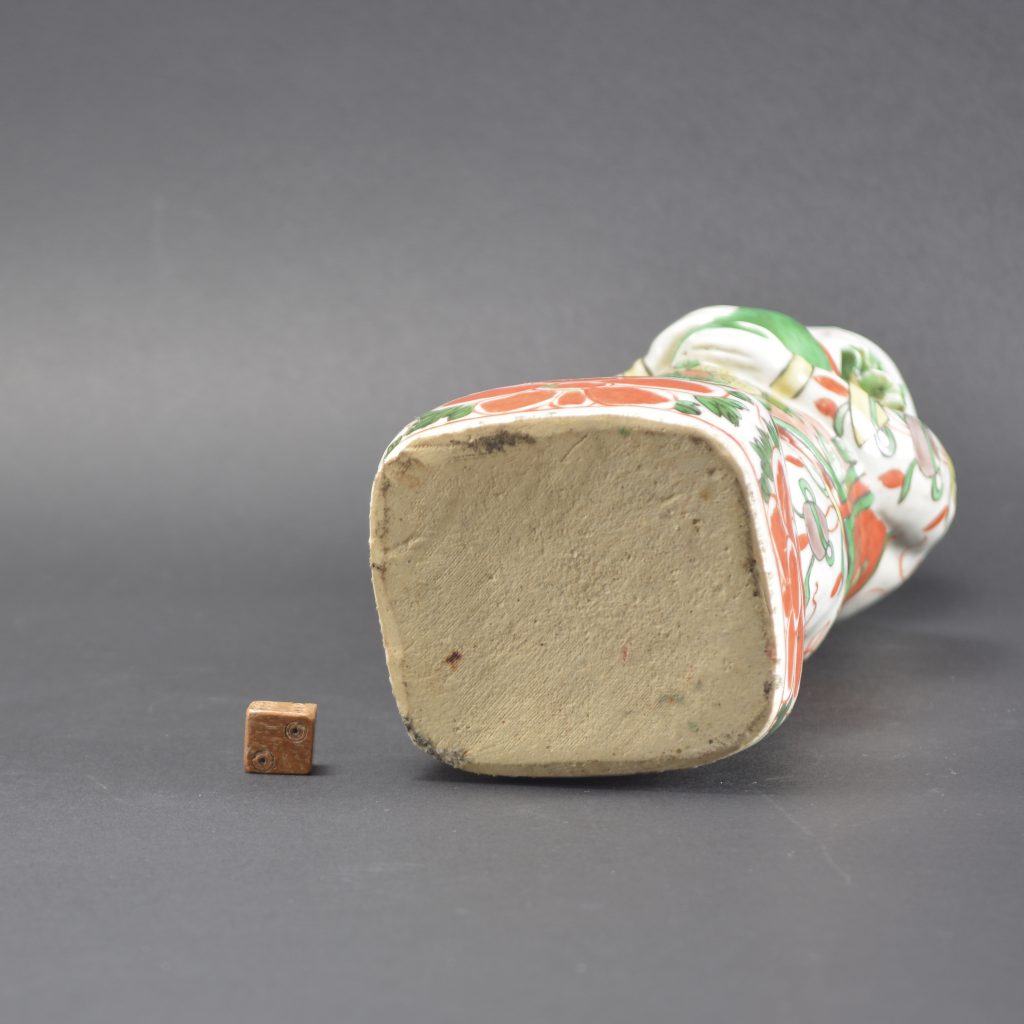 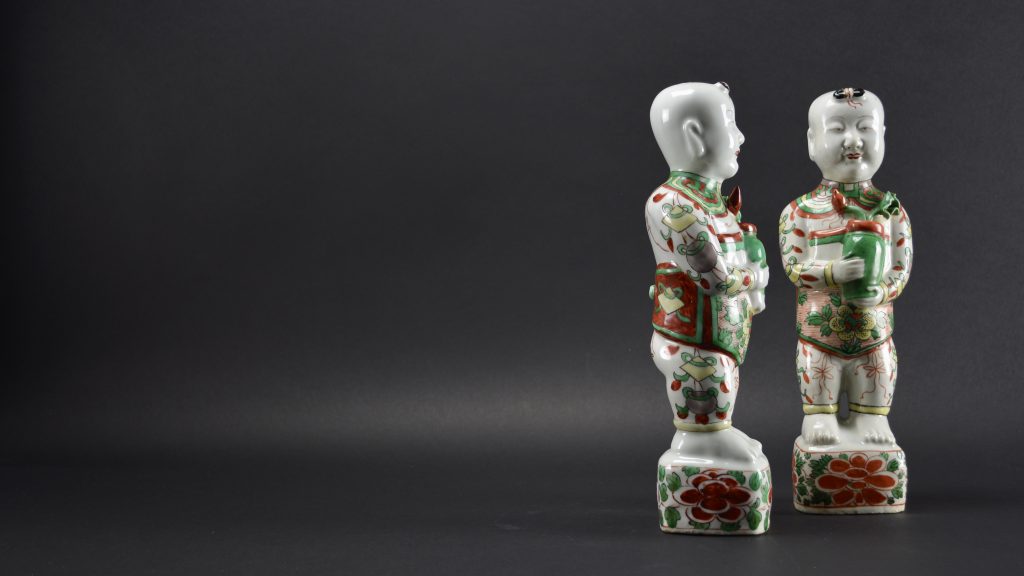 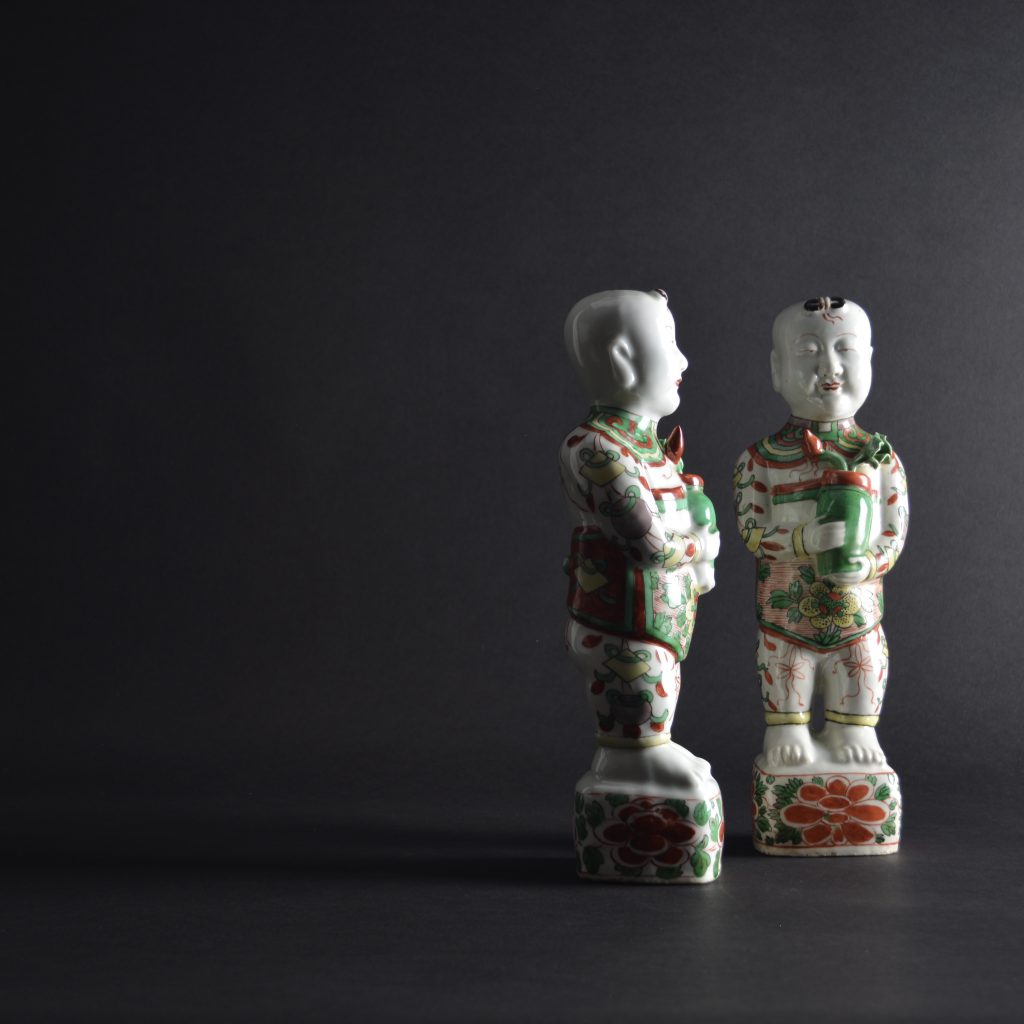 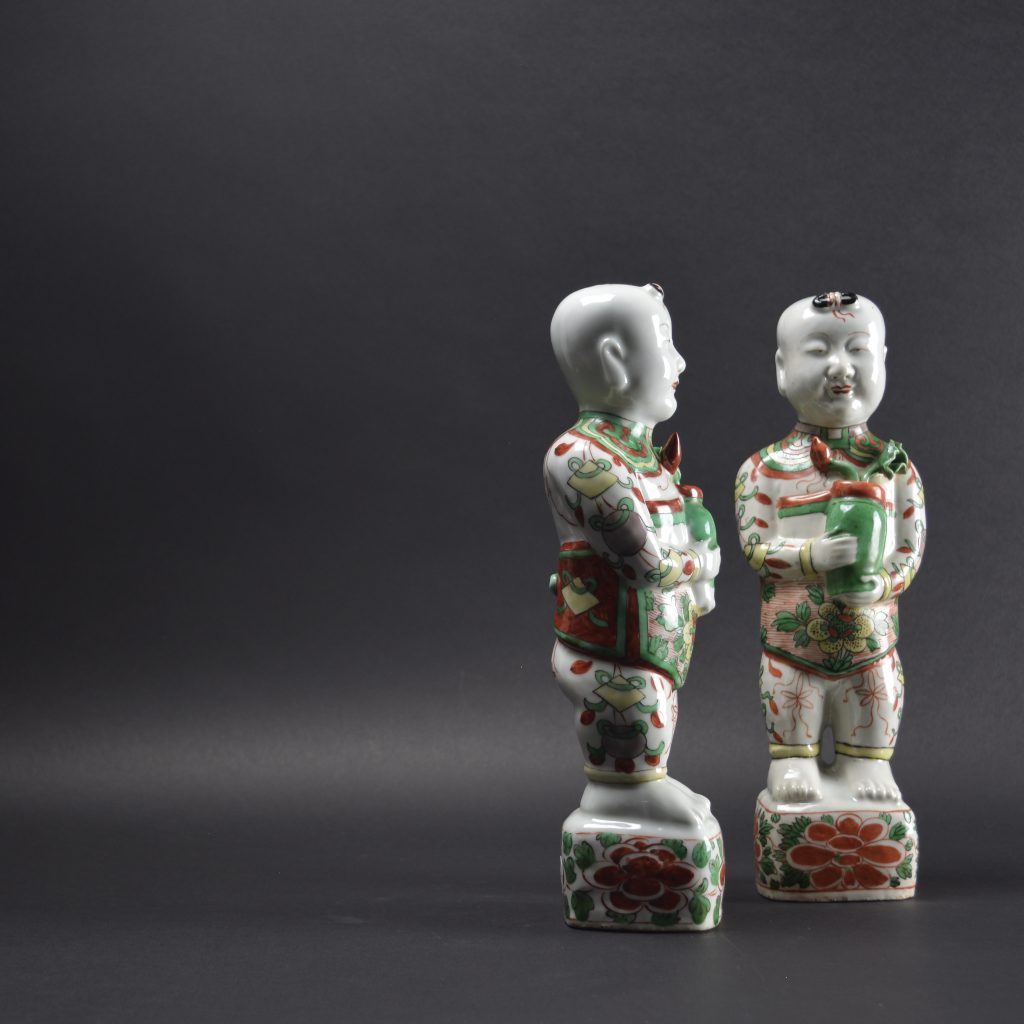 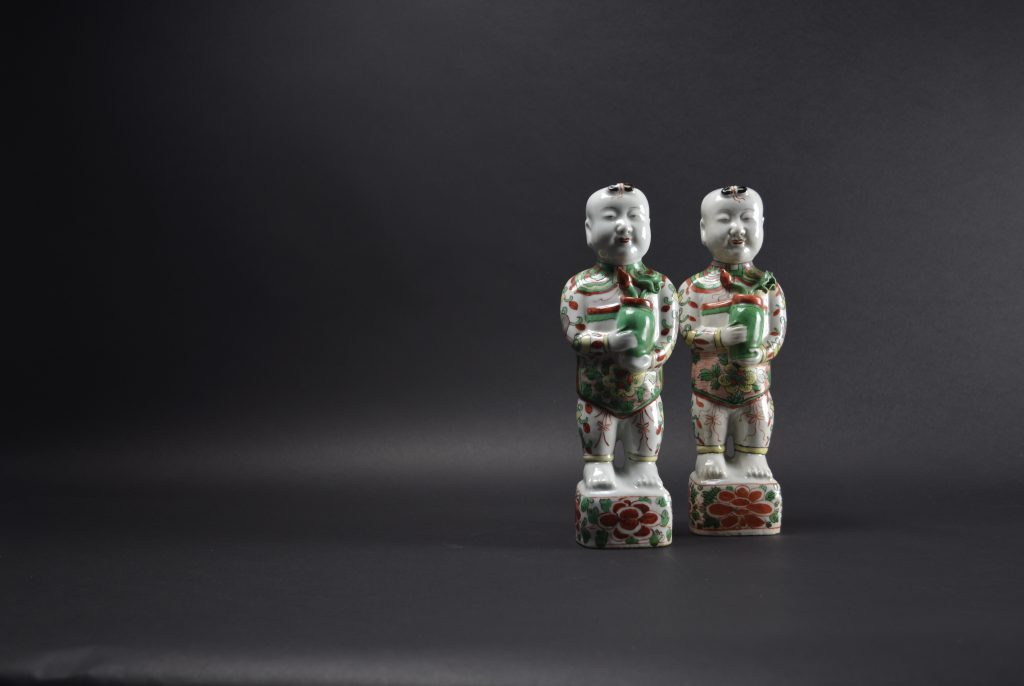