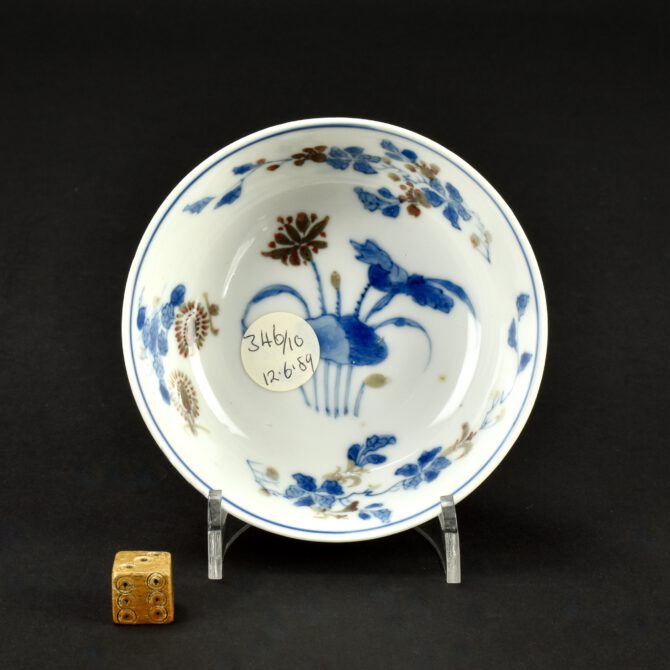 A Rare Ming Porcelain Bowl From The Peony Pavilion Collection

A Rare Copper-Red and Blue Semi-Eggshell Ming Bowl, Wanli Period (1573-1620), Jingdezhen Kilns, Probably Late 16th Century. Apocryphal Xuande six-character mark to base Ming (1423-1435). This finely potted bowl is painted in tones of cobalt blue with strong copper-red pigment. The leading London Dealers, Marchant, in their catalogue “Seventeenth-Century Blue and White and Copper-Red and Their Predecessors” (see references), date the pair they had in 1997 to Wanli c.1590. This is early for Chinese porcelain made for Japan, but the dating does relate to other pieces of especially finely potted Kraak as well as other blue and white porcelain made at the end of the 16th century. The pieces I have seen from this period differ to the early 17th century Chinese porcelain made for Japan in that they lack the firing cracks, roughness, or tears to the body. Those firing faults were deliberate, making the piece and therefore the owner humble, more modest, in the Japanese tradition of Wabi-Sabi. The earlier pieces are quite different. This bowl is of very high quality, it has a fine silky-smooth glaze, the blue tones are carefully placed but most extraordinary of all is the quality of the copper-red. Despite being applied before glazing it is a very temperamental pigment to work with, it can fire with greens or have flecks of green, it can look dull, grey or even disappear completely. This can happen with the most experienced studio potters of our time, yet these ten Ming bowls from the Peony Pavilion Collection have an excellent even copper-red colour. Copper-red was only just being reintroduced at this period, after production stopped in the Mid-15th Century. The design consists of flowering lotus growing out of a pond or lake with sprays of prunus with cherries, flowering lily and chrysanthemum. So many Japanese designs are deeply connected to nature, showing a respect for living things, our interconnectivity with our environment and the small part we play within the natural world. Box not included. 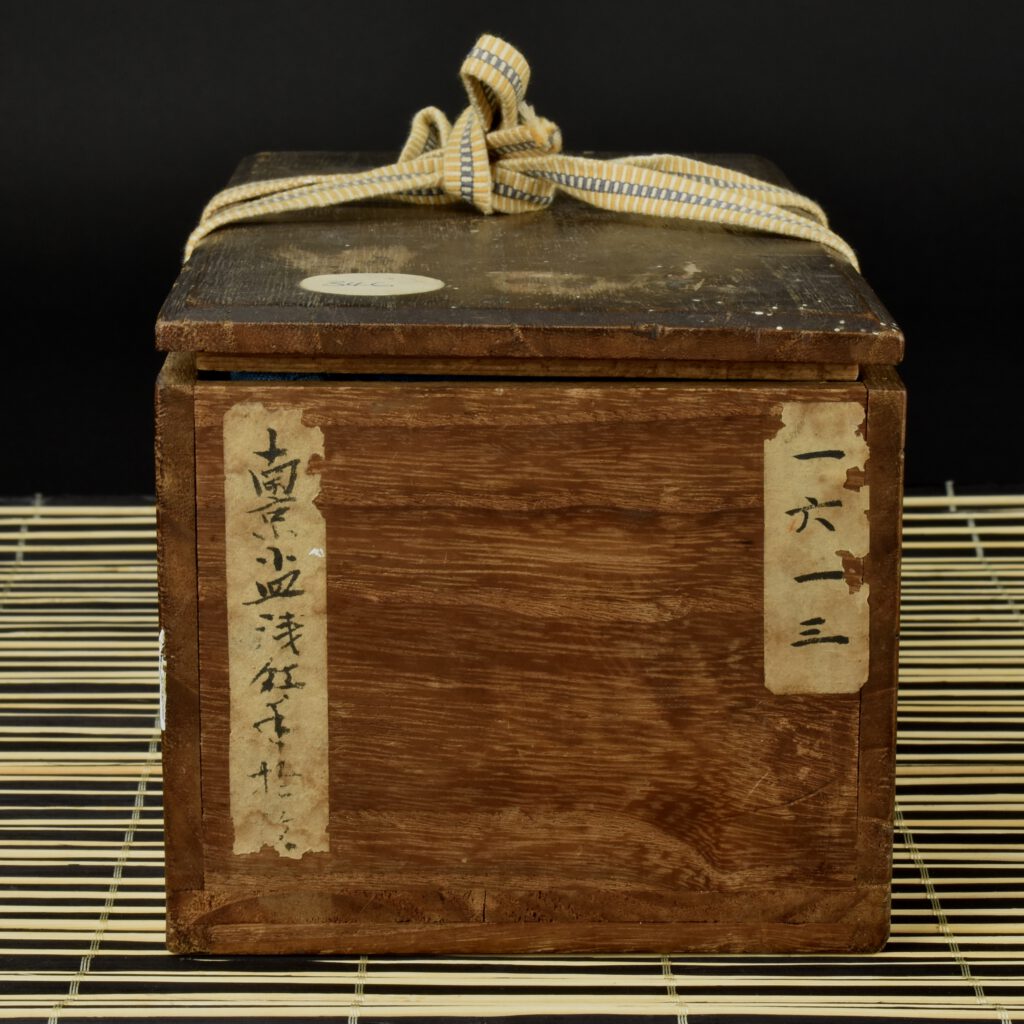 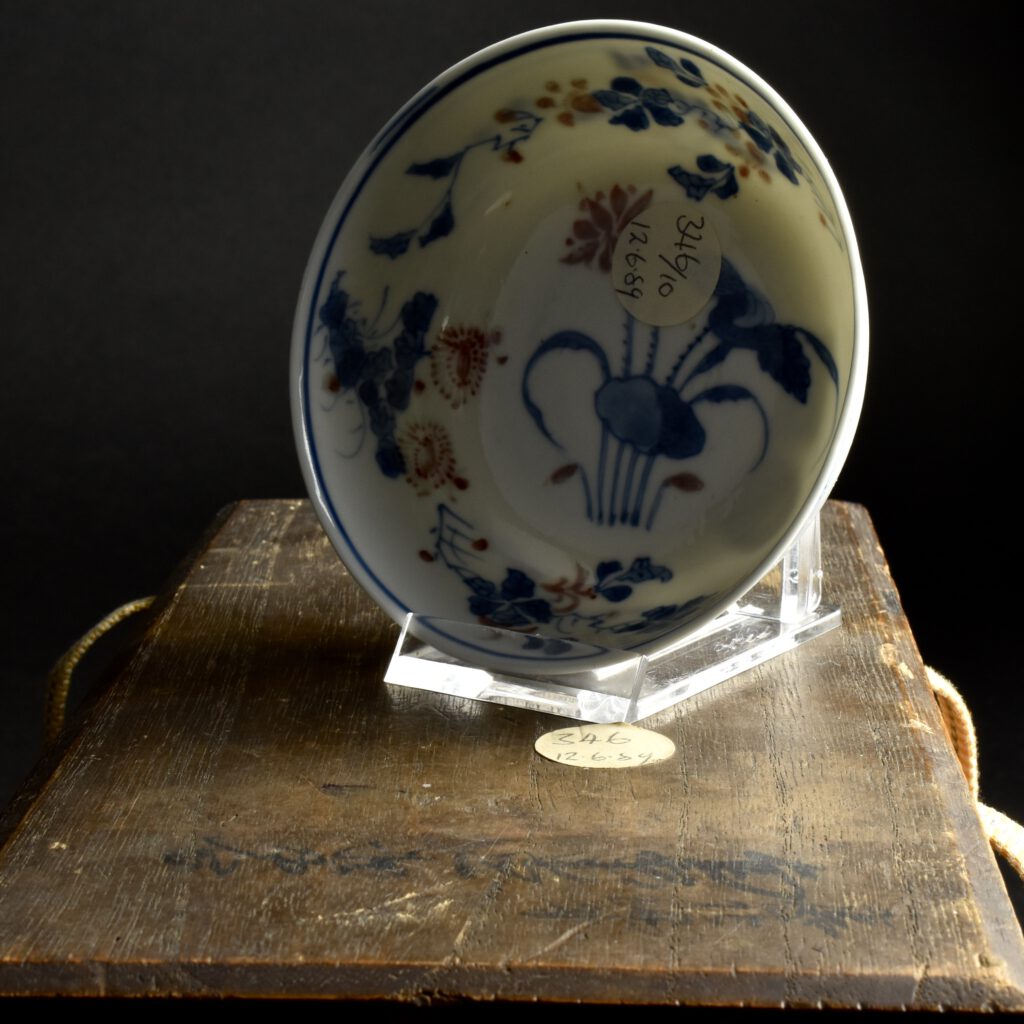 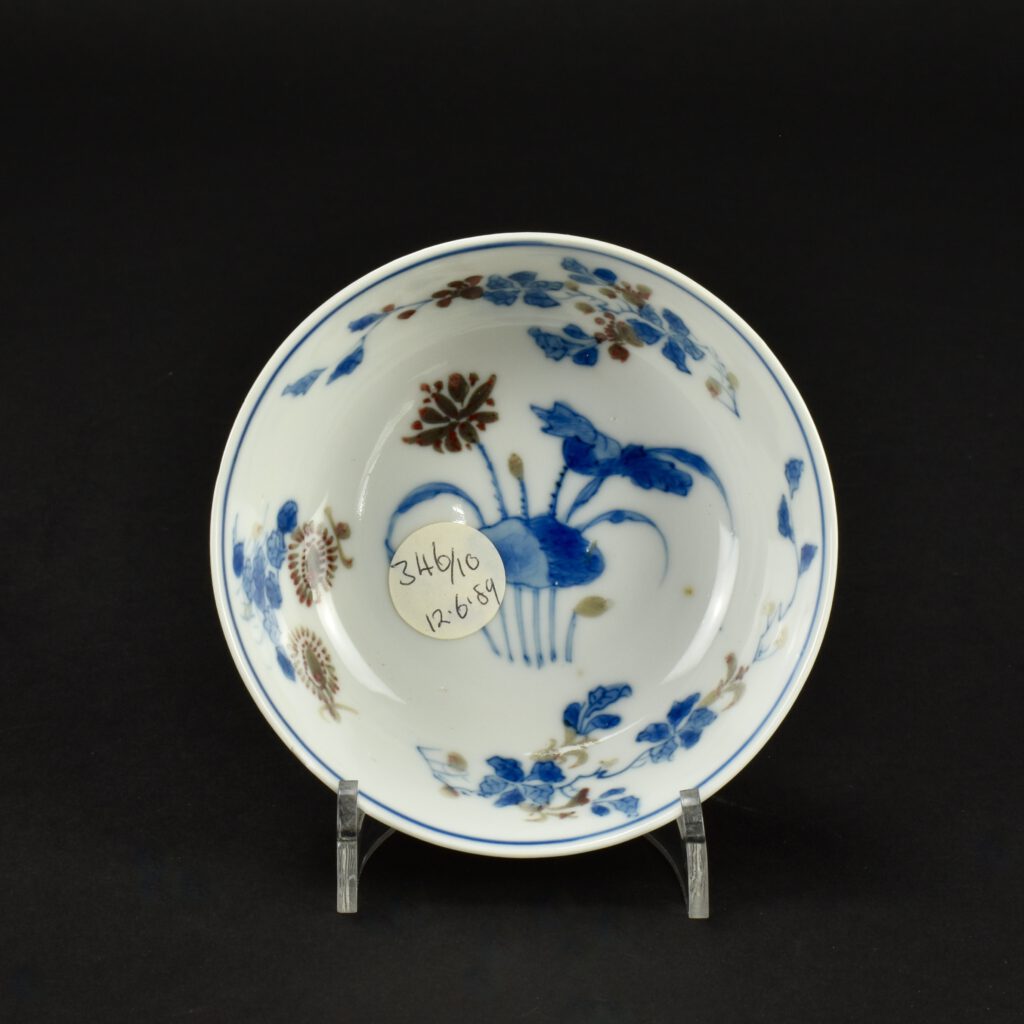 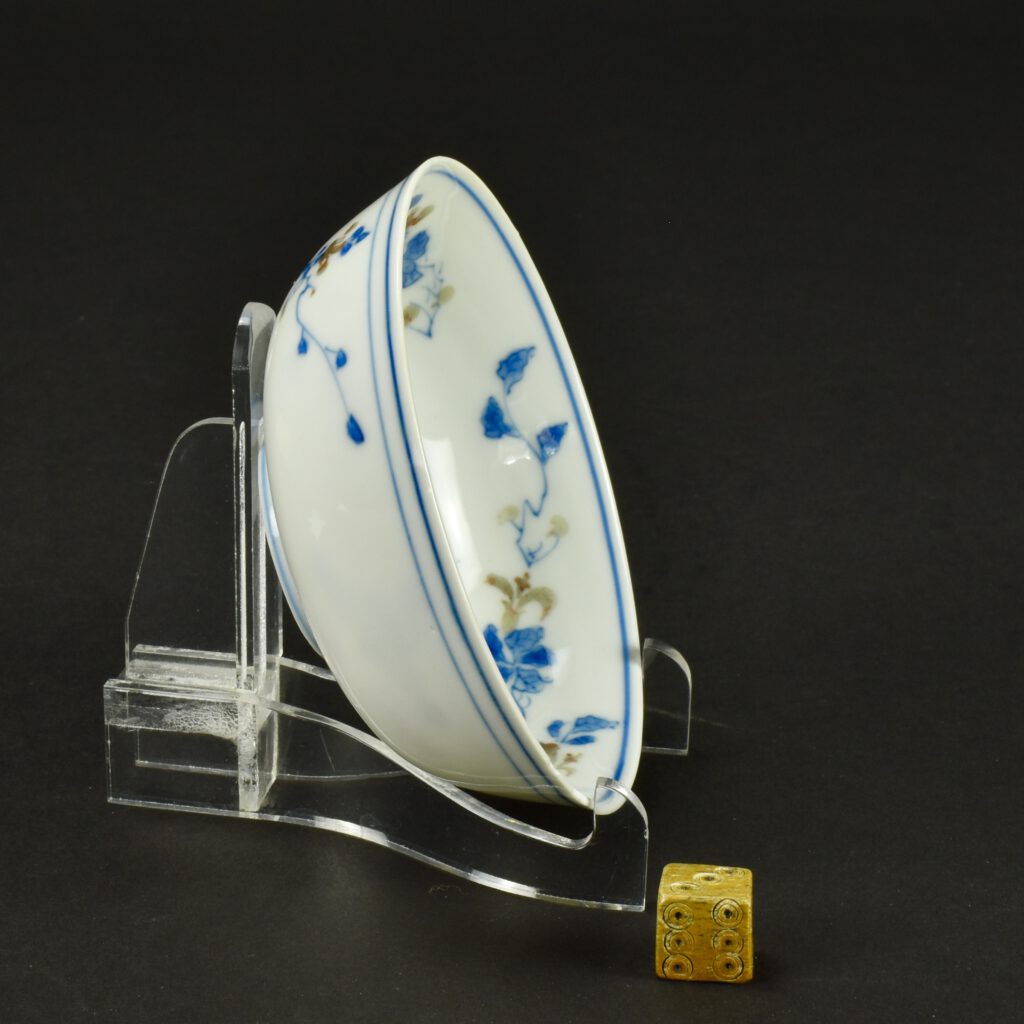 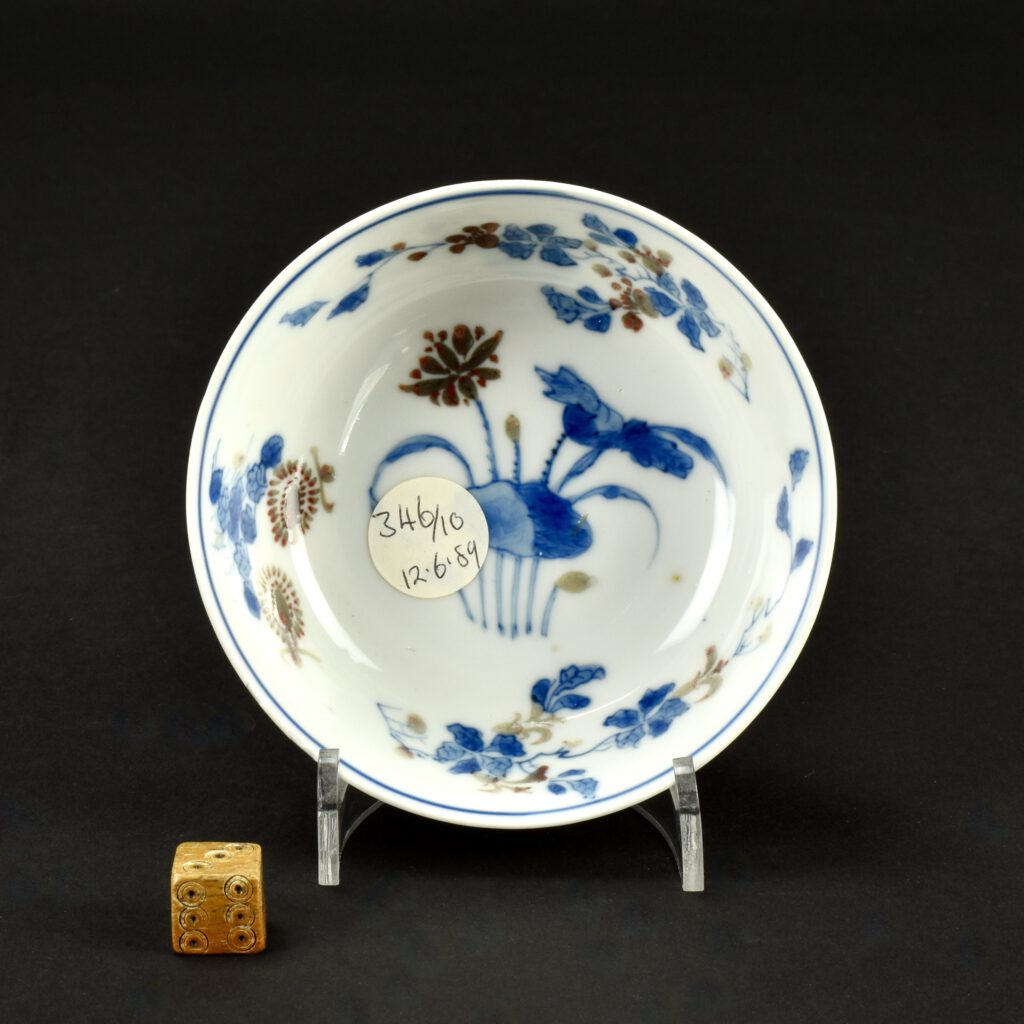 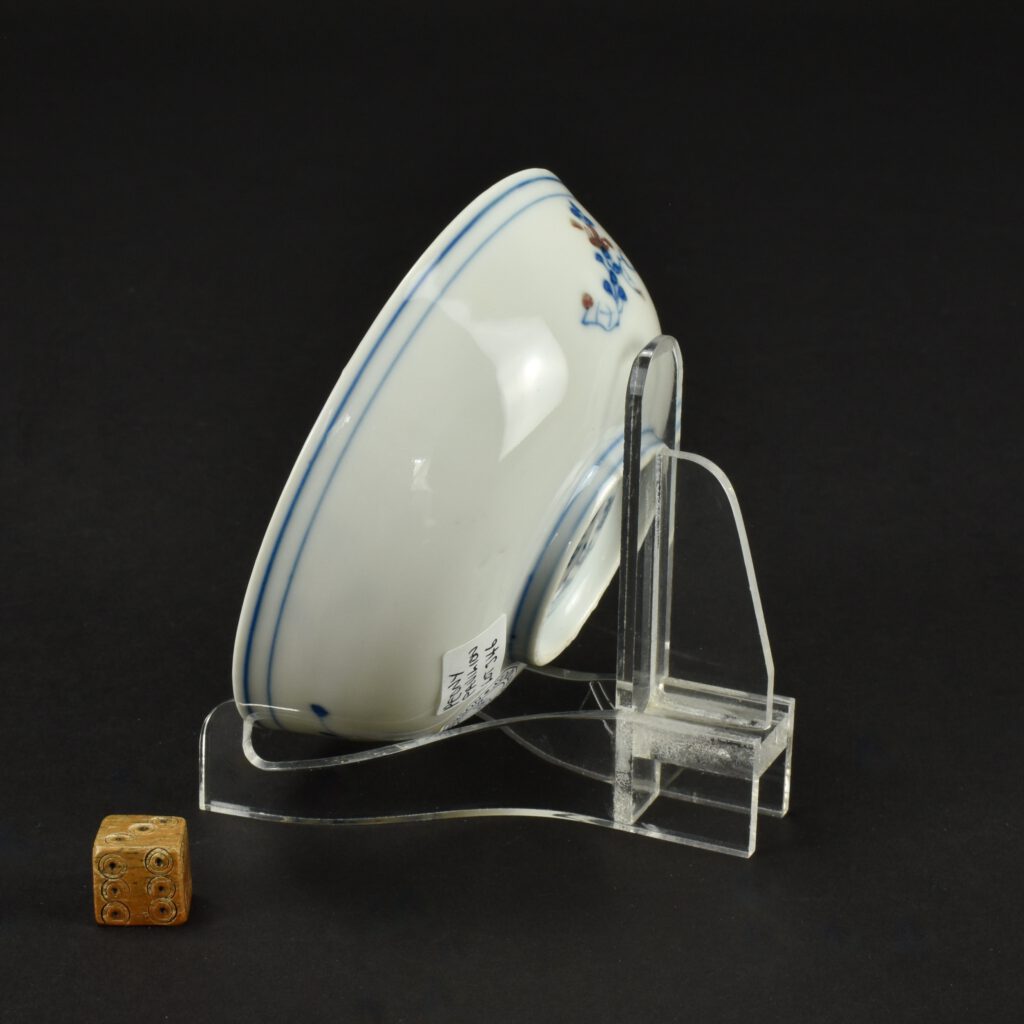 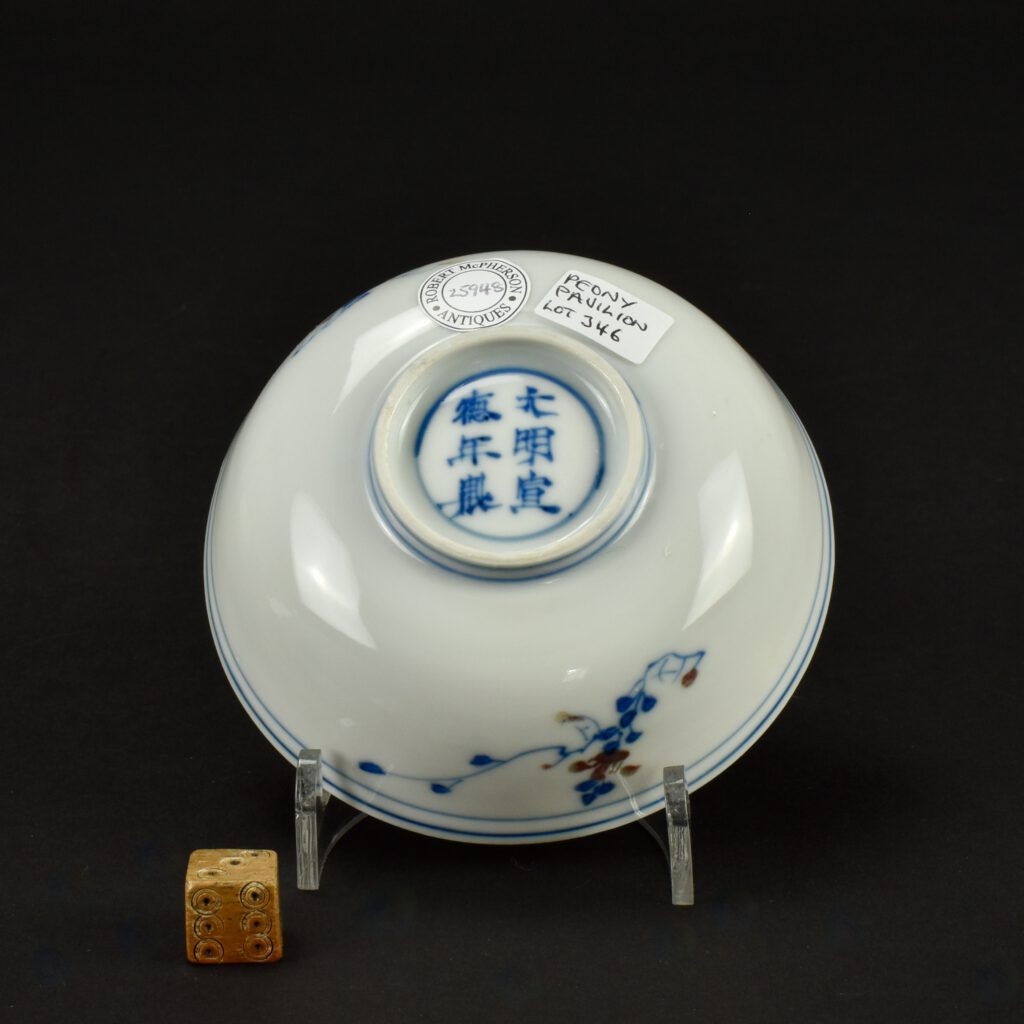 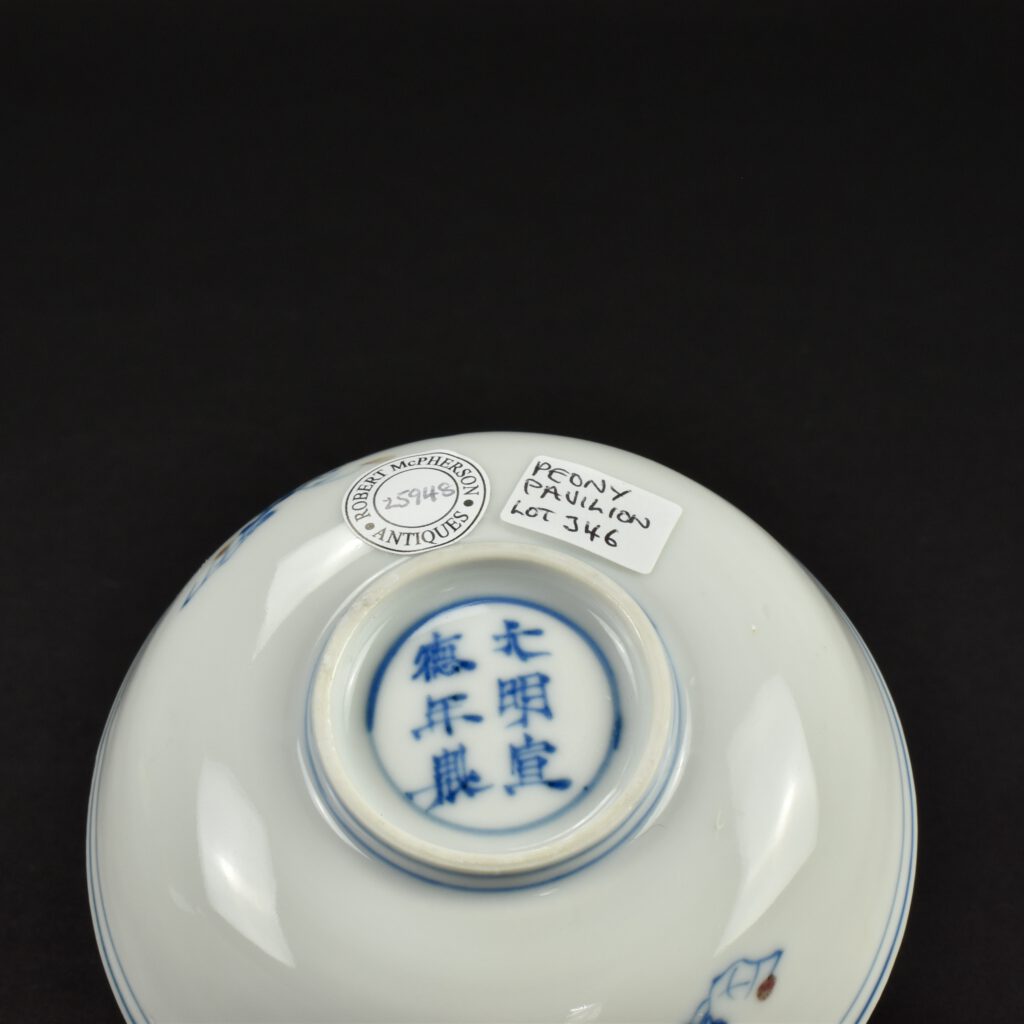 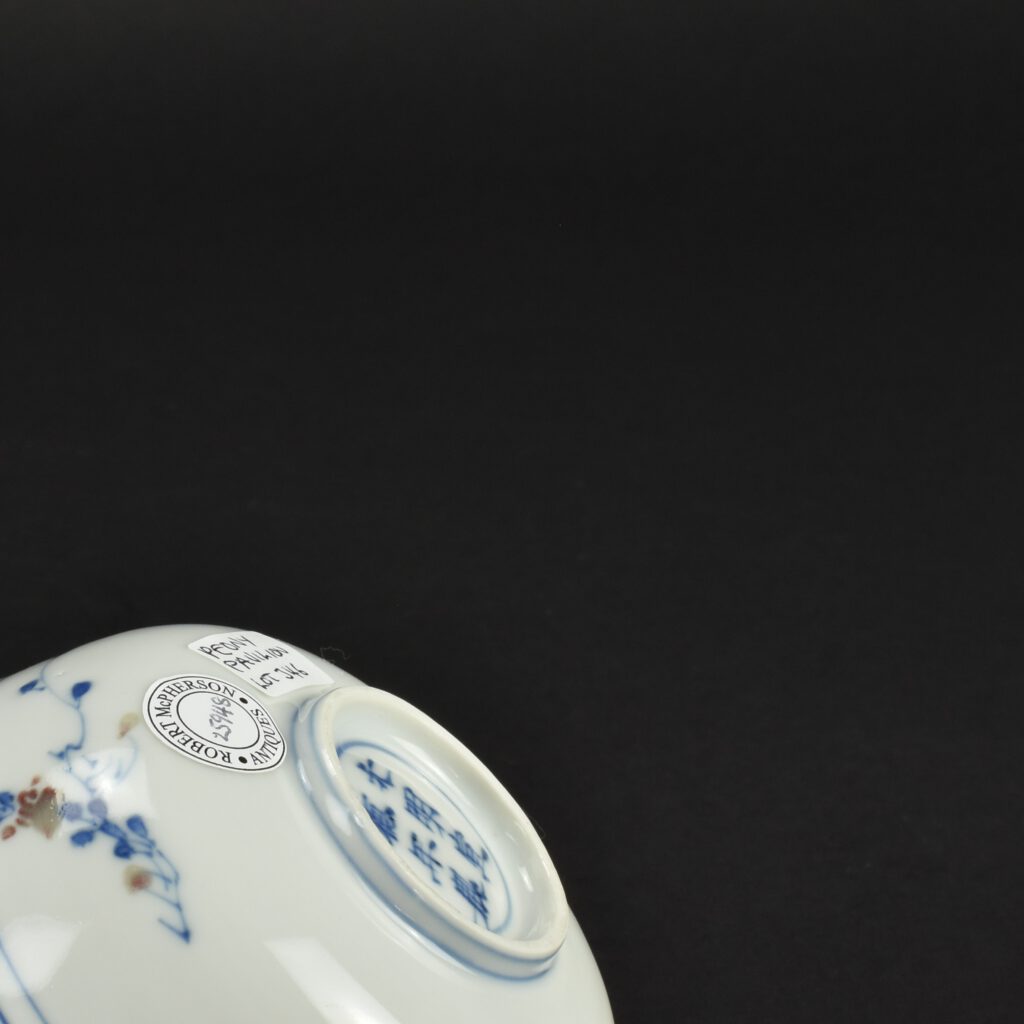 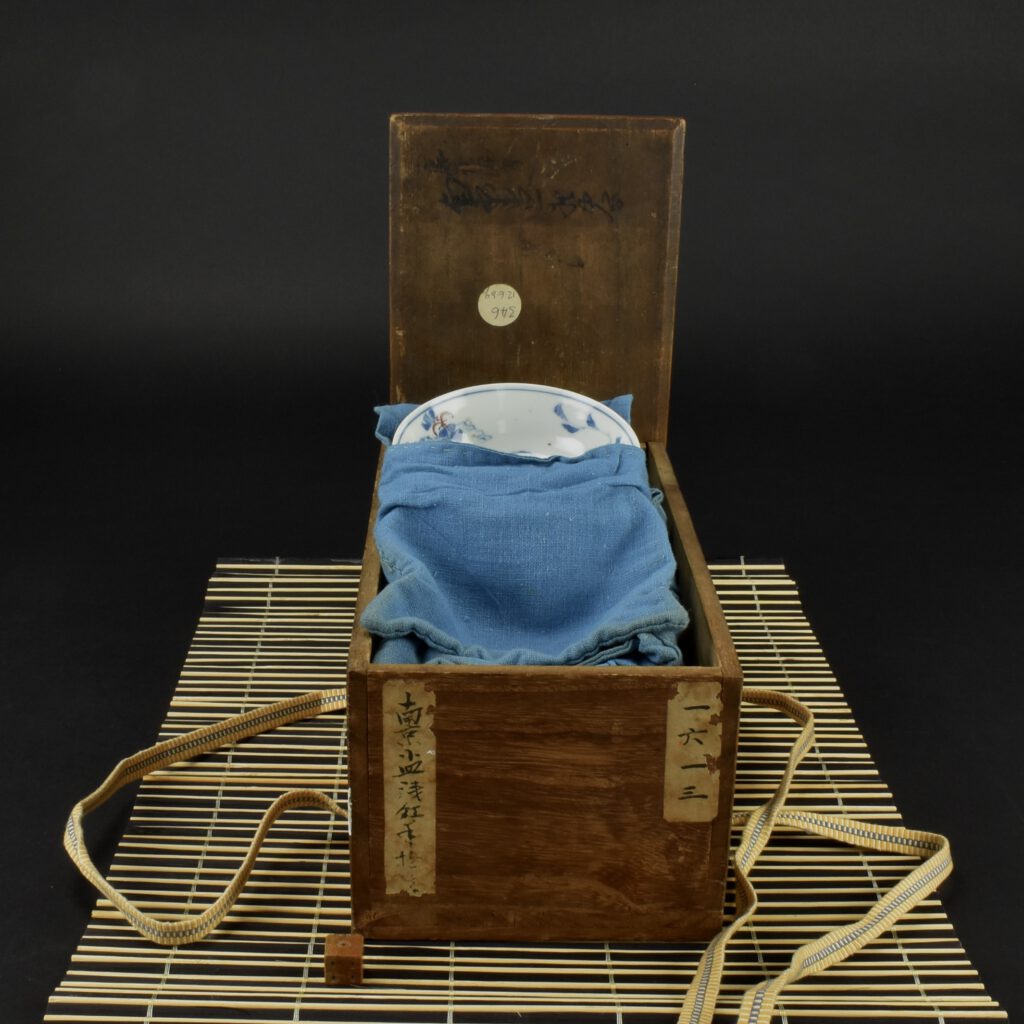 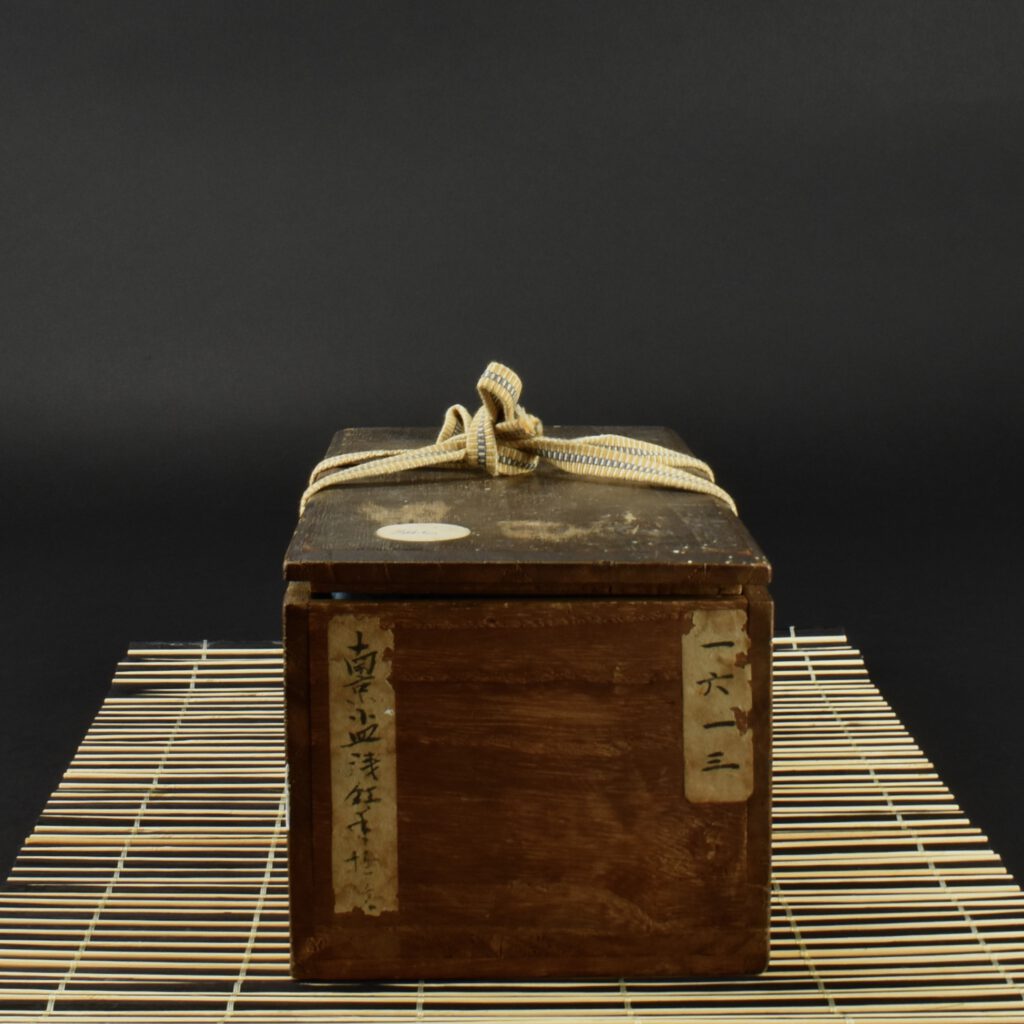 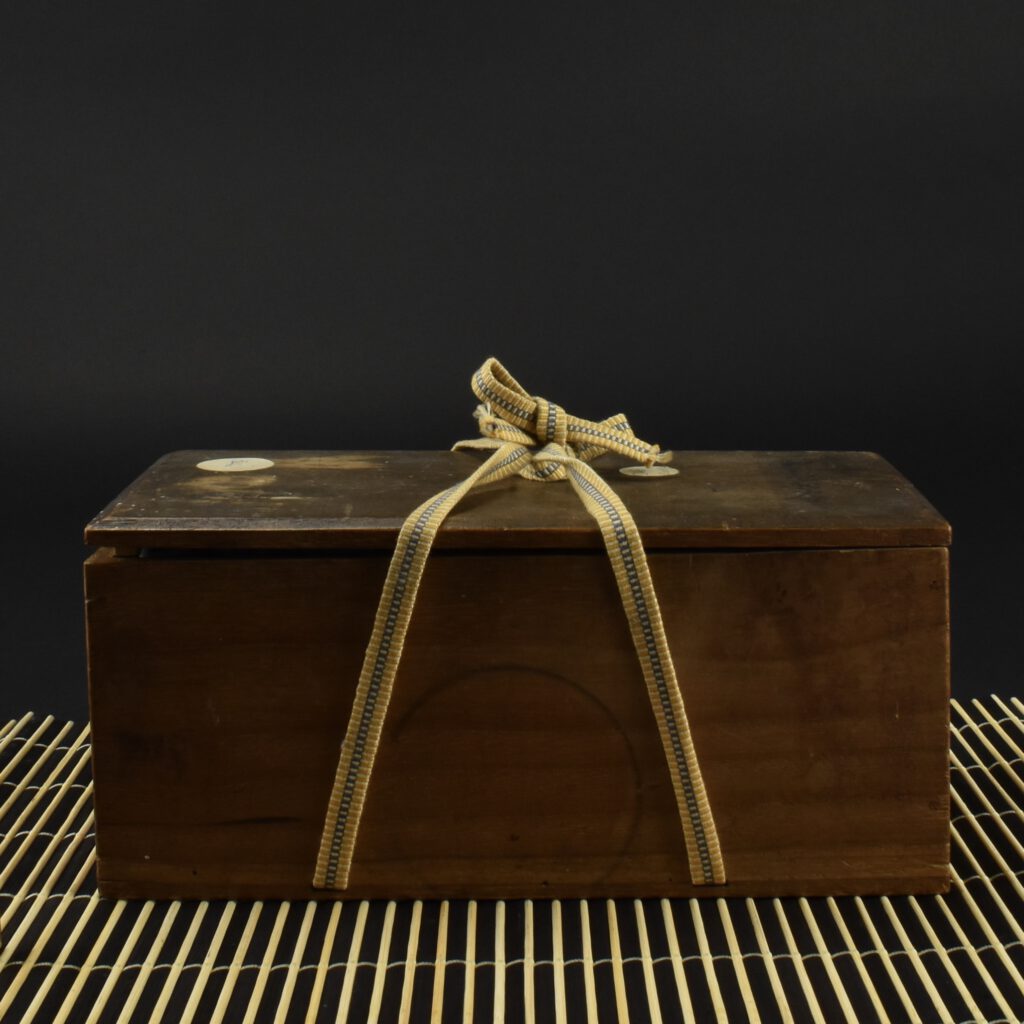 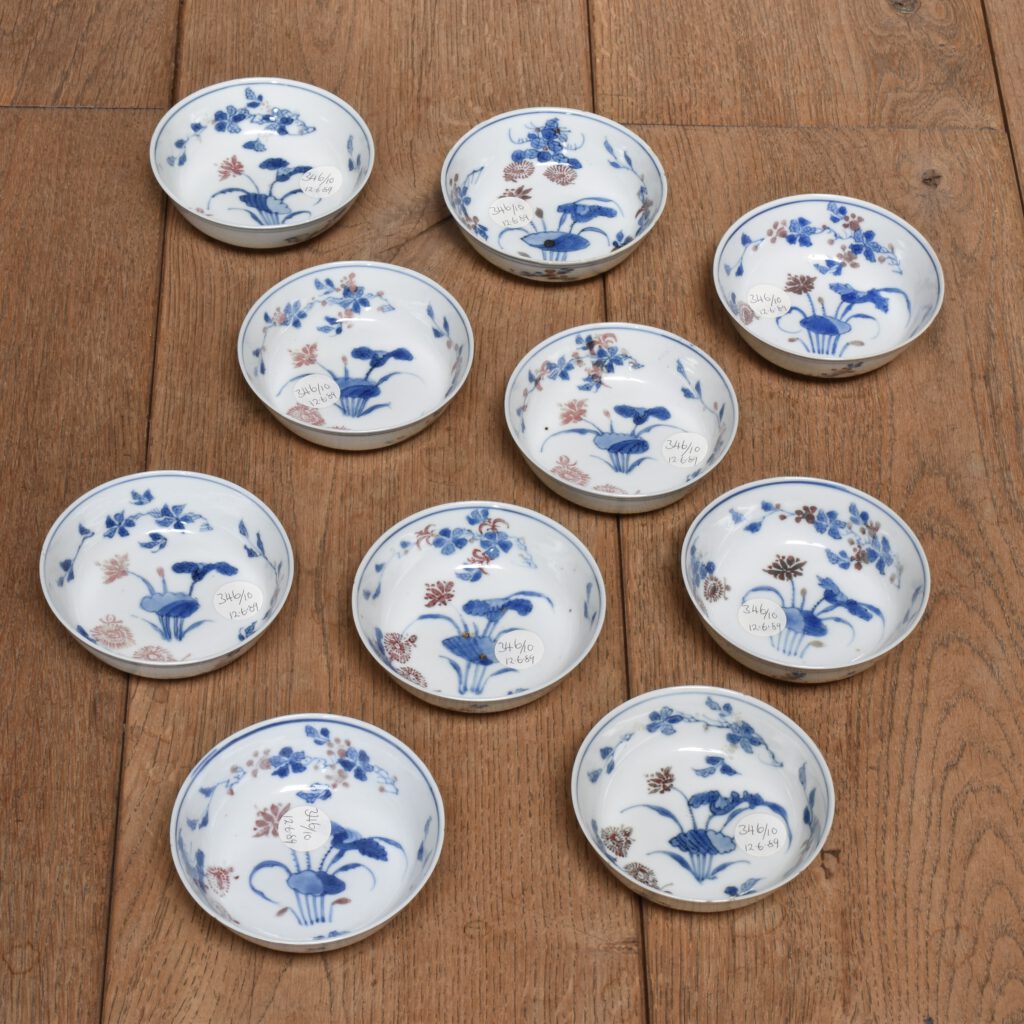 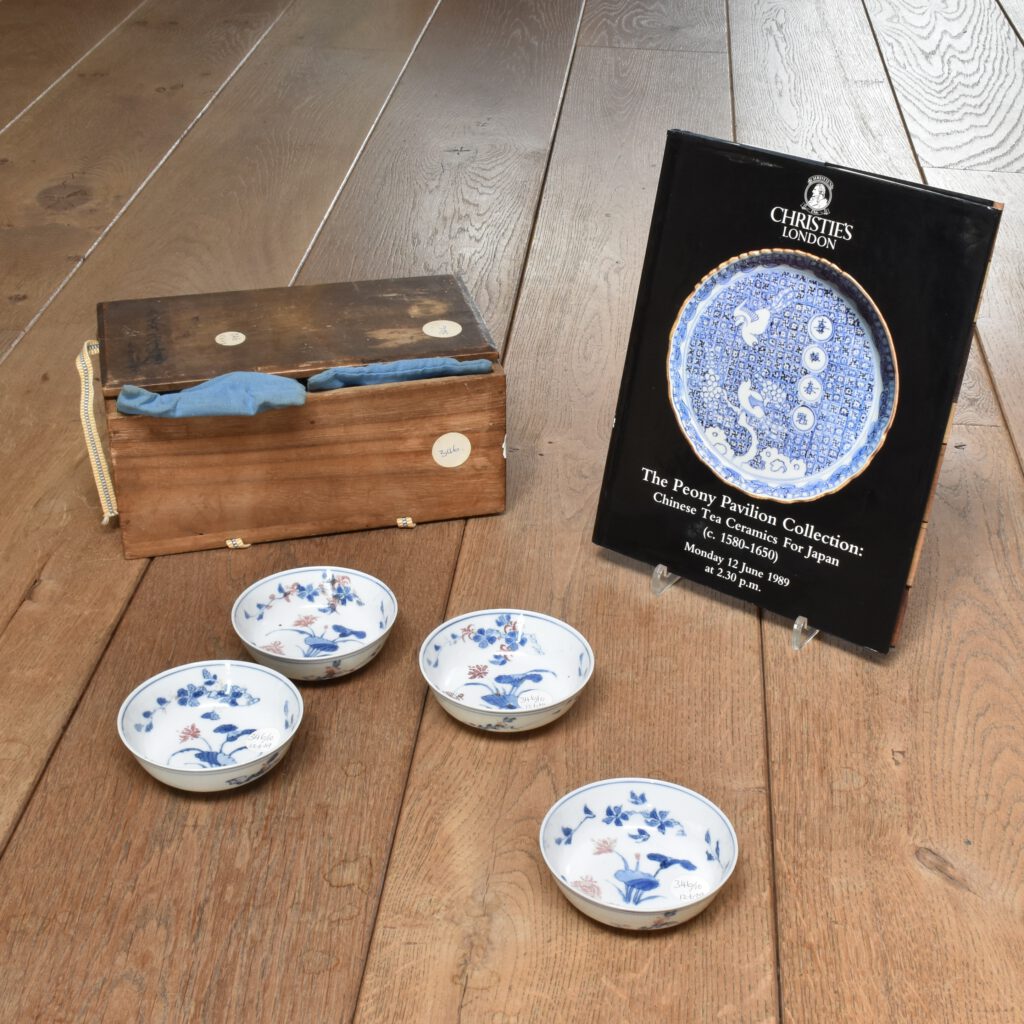 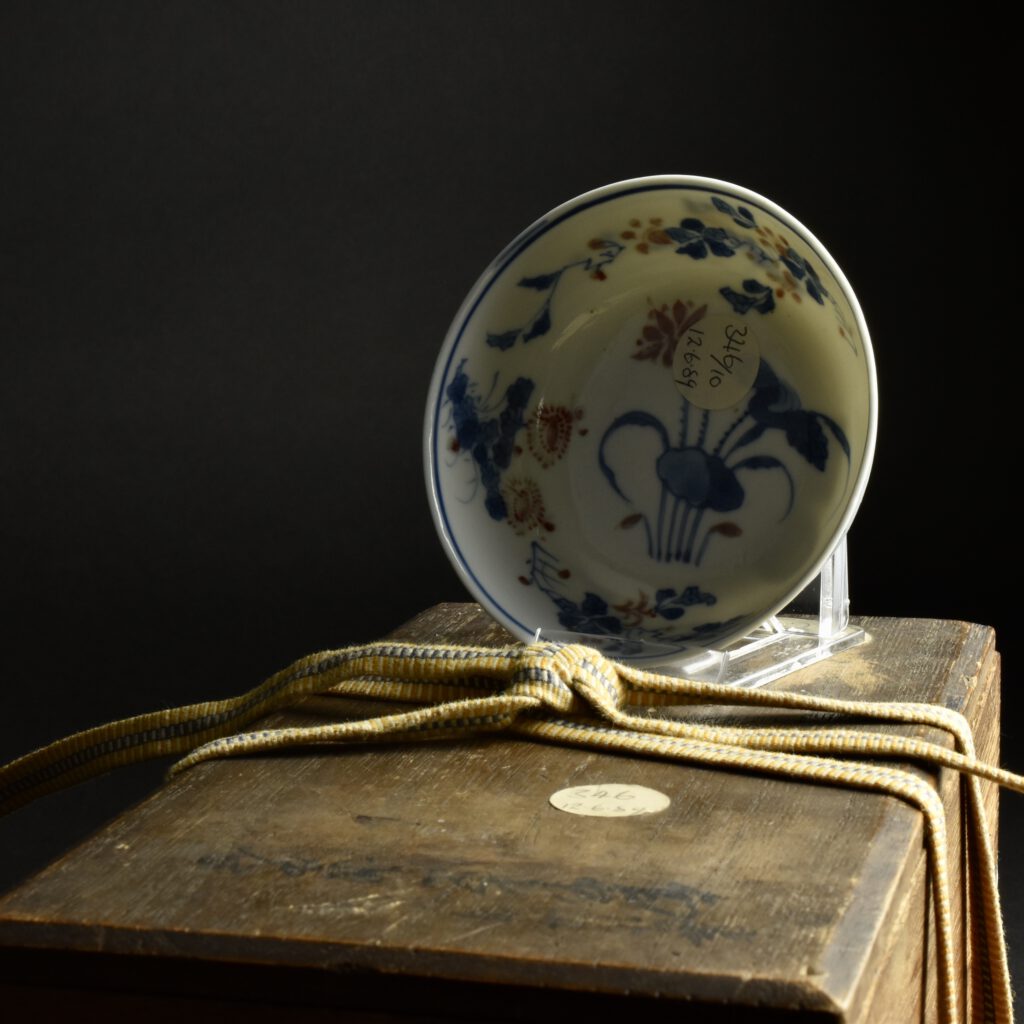 From The Peony Pavilion Collection