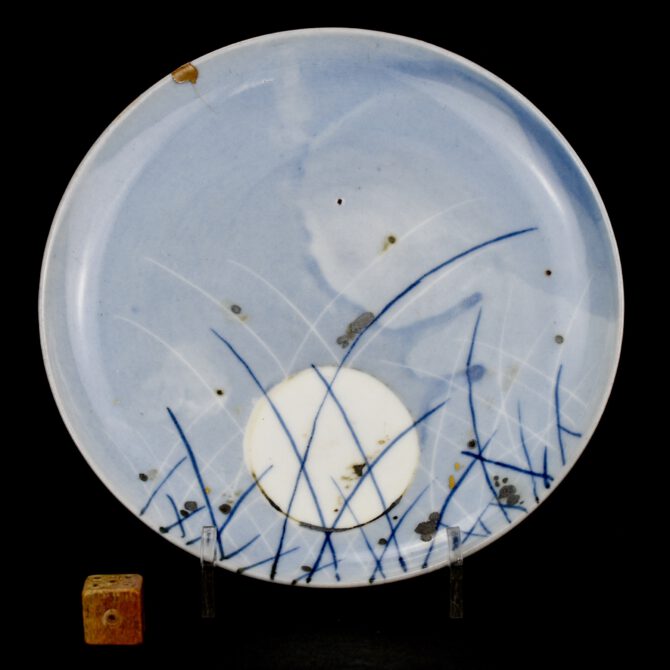 A Rare 17th Century Japanese Porcelain Dish, Arita Kilns, Kanbun 寛文 (1663–1687) or Enpô 延宝 era (1673 – 1681)  c.1660-1670. This extraordinary design depicts Spring, with a full low moon, the nights sky is filled with a pale lilac blue haze. Fireflies hatch, emerging from just below the surface of the ground they cling to reeds and grasses. These fireflies or glow-worms are bioluminescent during the twilight hours, they have been depicted in gold and silver (the silver has tarnished). The highly unusual depiction of a rare natural event was initially painted using wax, it probably had some form of colouring in the wax so the painter could see what they have painted. The entire surface was them covered with cobalt blue glaze, this could have been done more neatly but in keeping with Japanese aesthetics it was applied unevenly, there are clear marks where one wash has overlapped another. There doesn’t appear to be any sign of brush marks, so the cobalt must have been poured directly onto the surface of the dish, with the excess tipped away. The cobalt blue grasses were painted at the same time. When the dish was fired the wax decoration would have been burnt off, leaving the white of the porcelain to stand out as well as the dark blue grasses. This technique of wax resist is similar Batik, a wax resist method of colouring fabric that came from the island of Java, Indonesia. The gold and silver decoration were painted on last. This dish is very thinly potted. 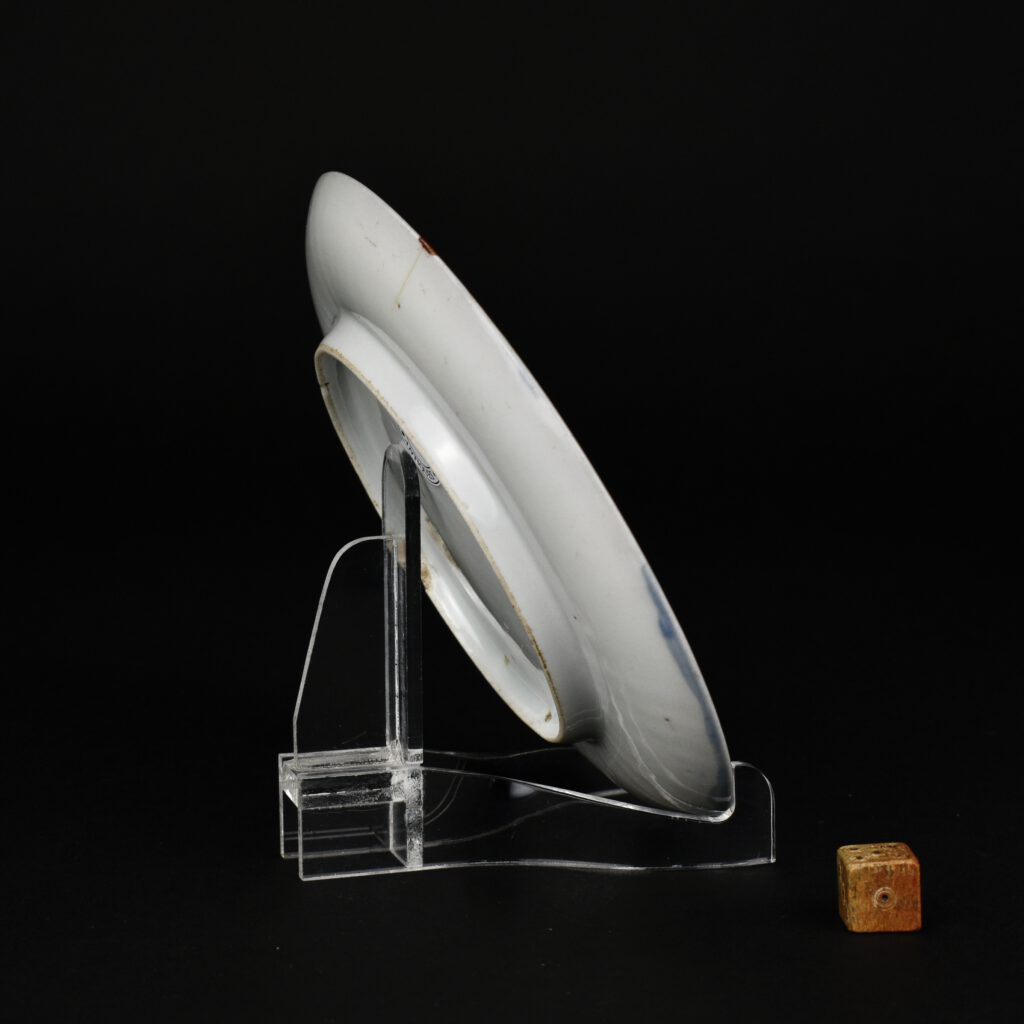 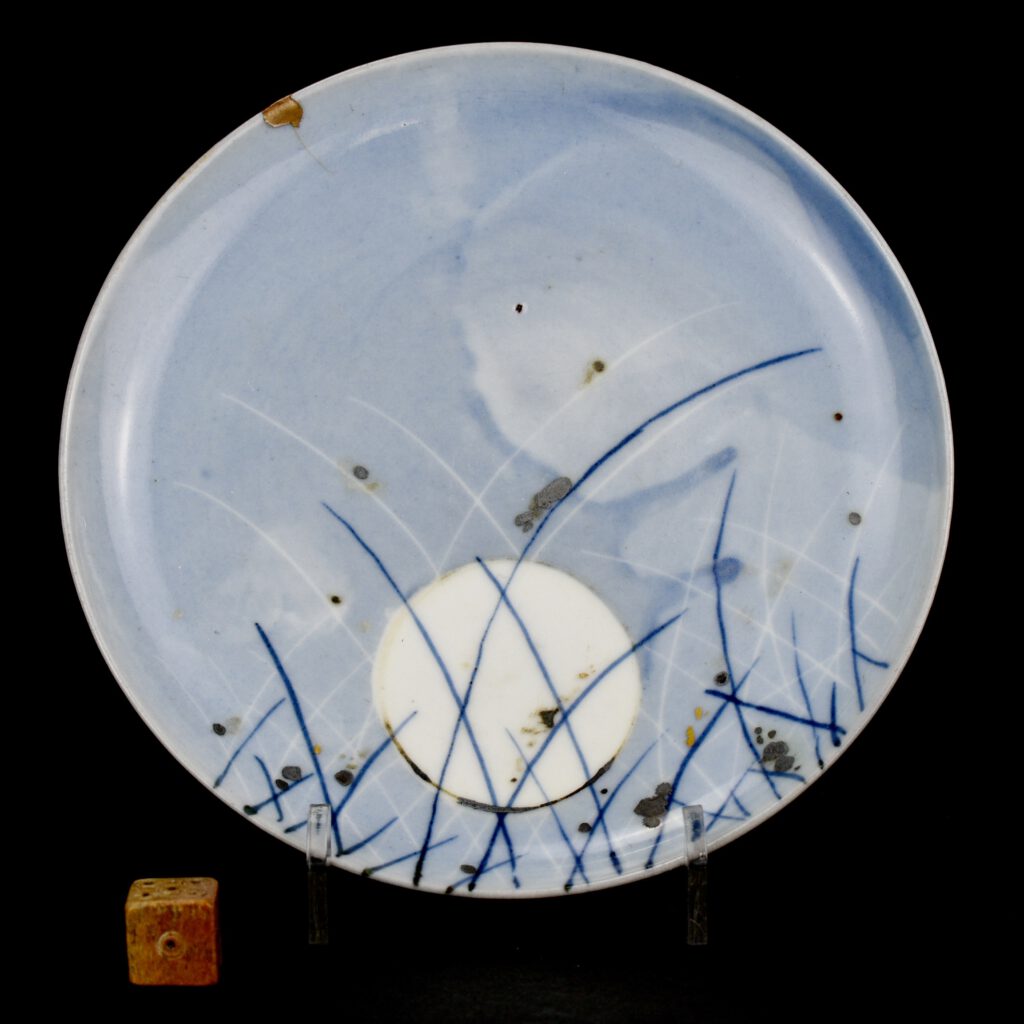 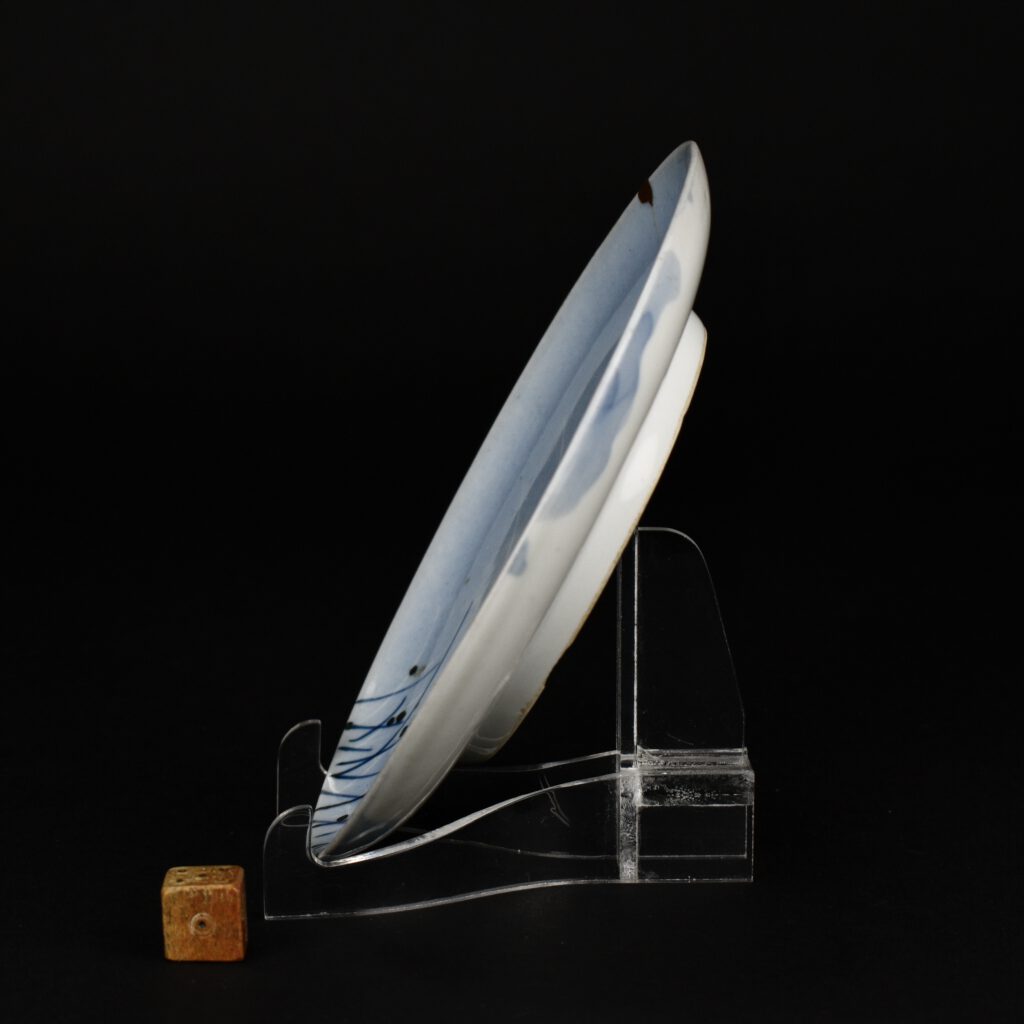 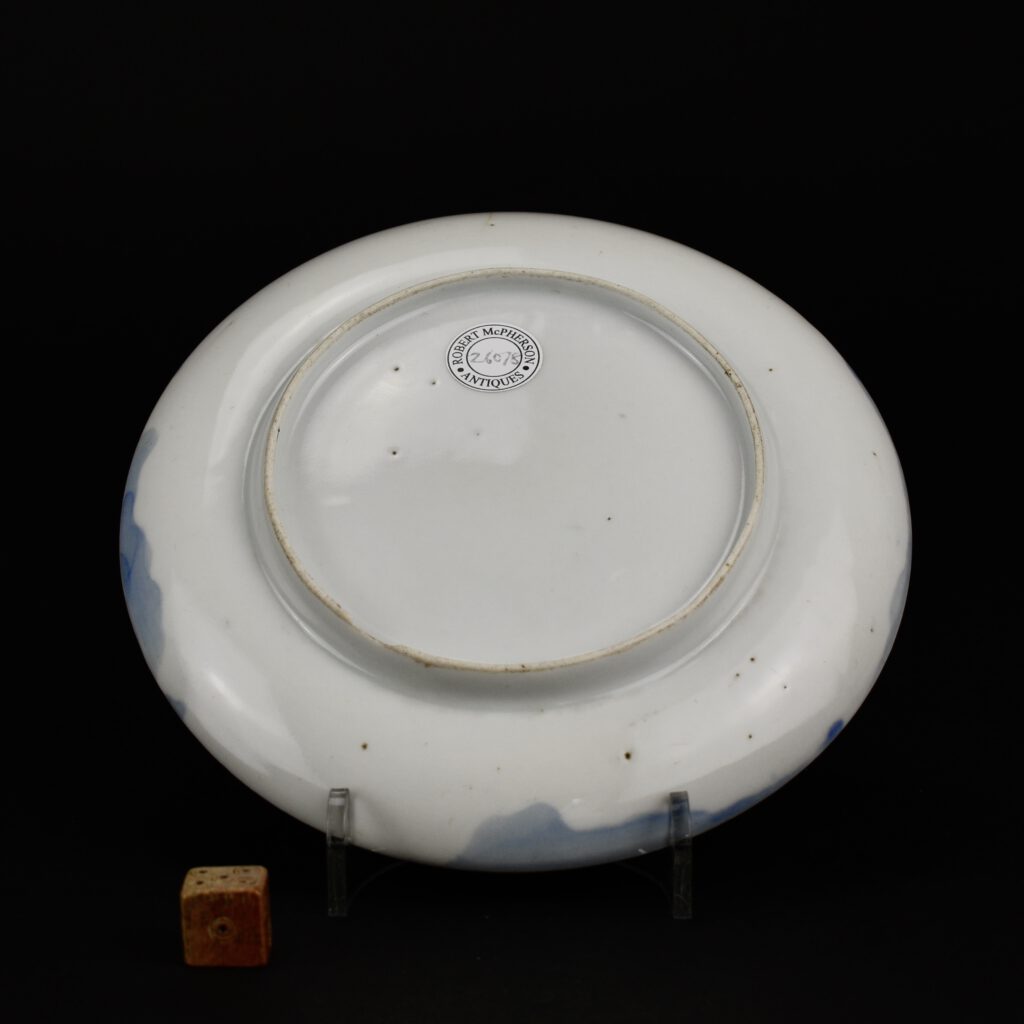 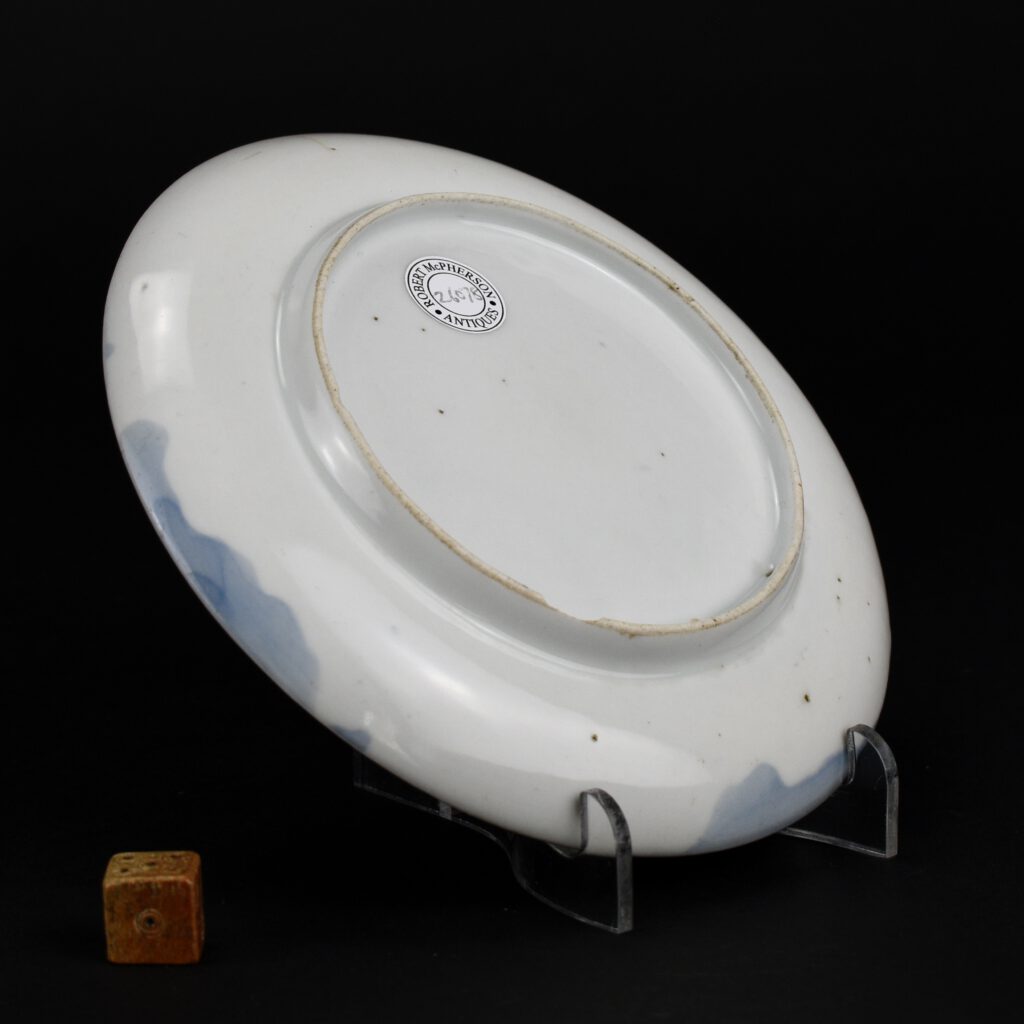 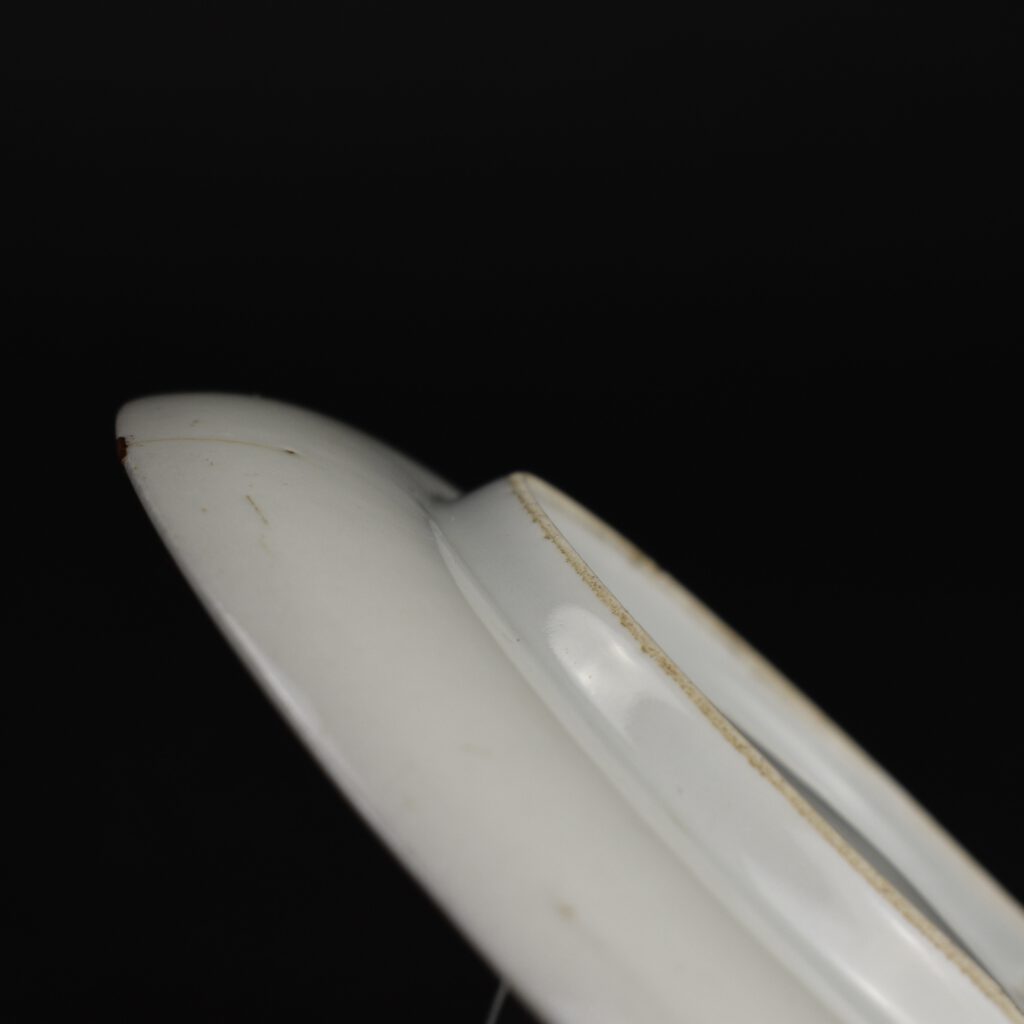 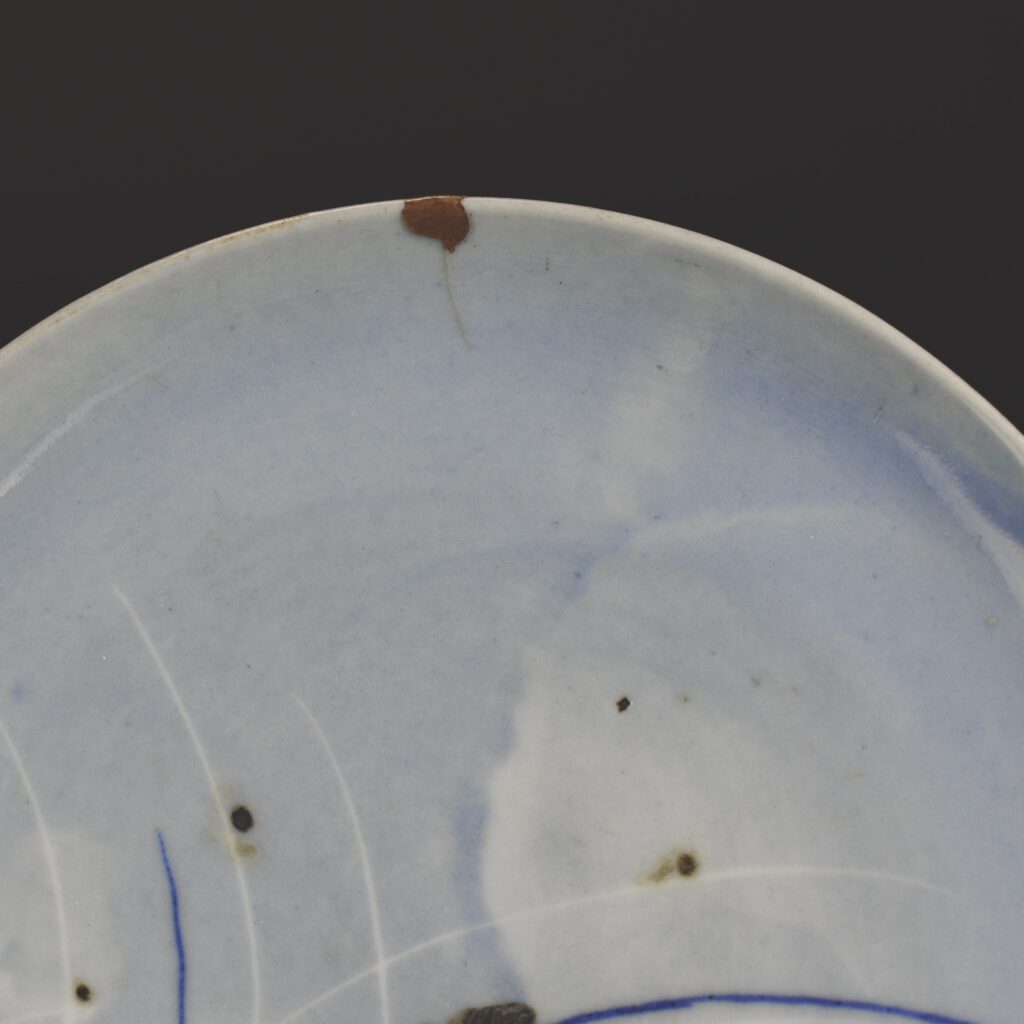 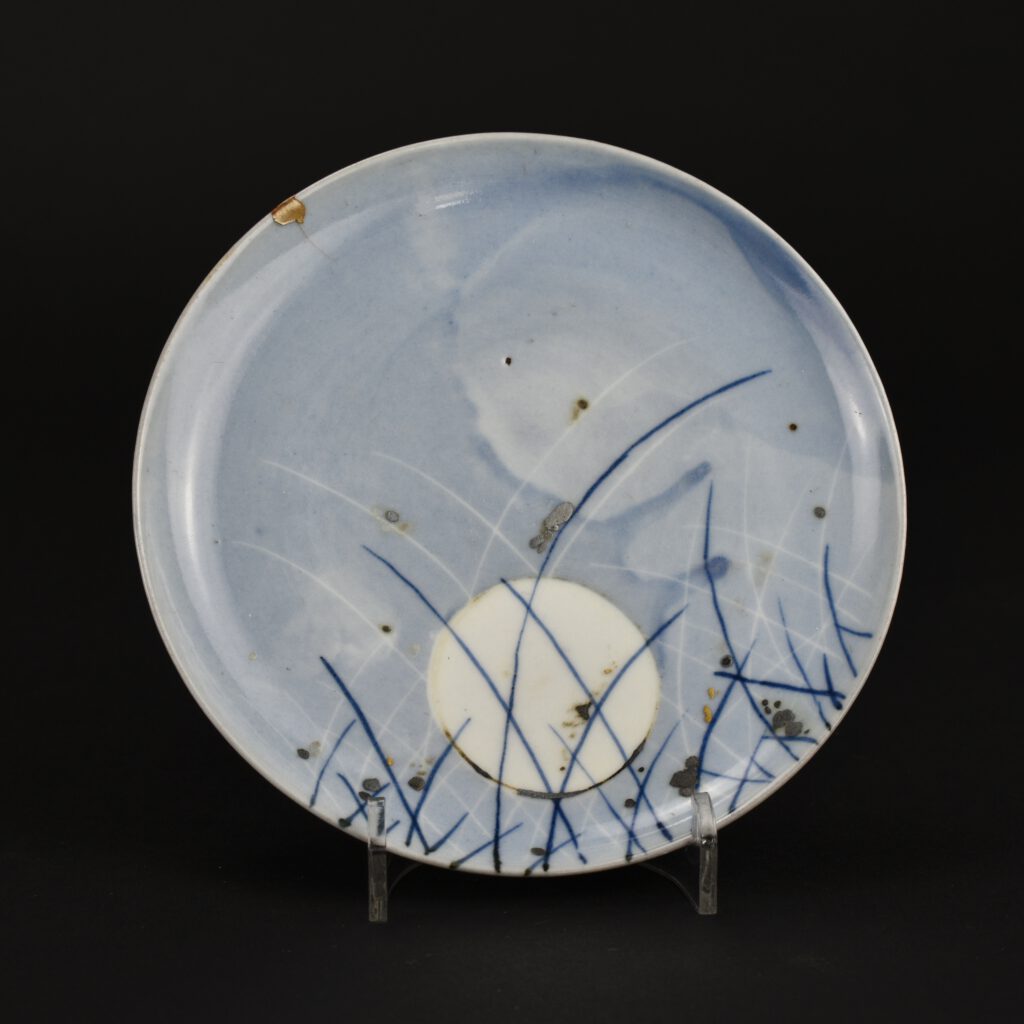 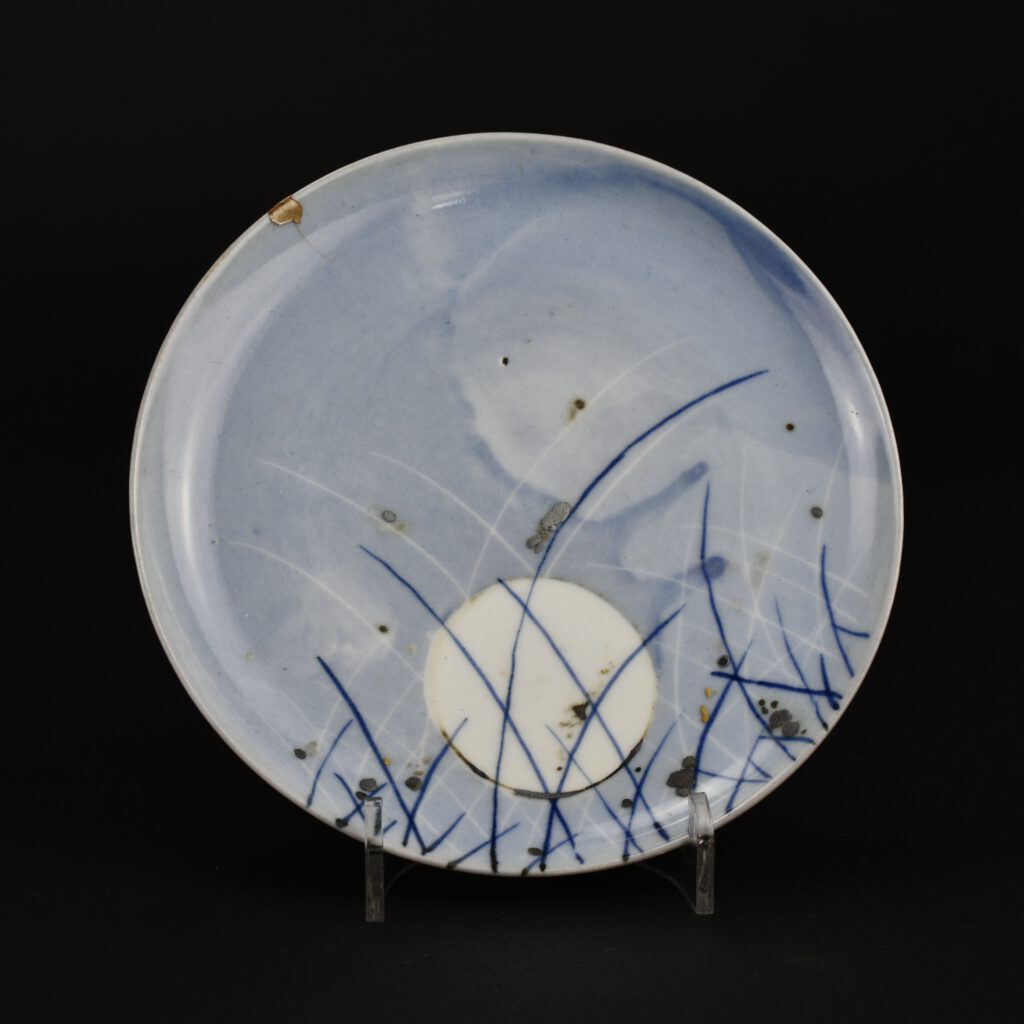 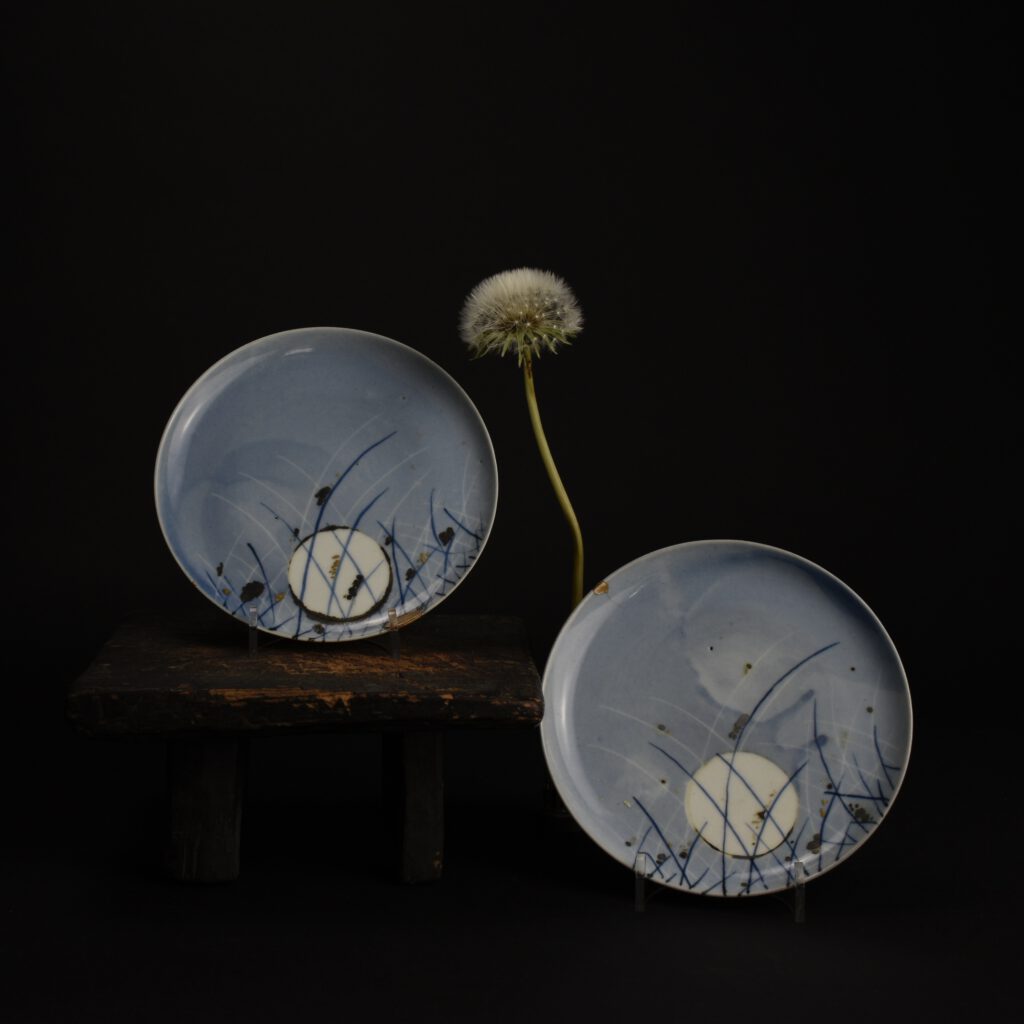 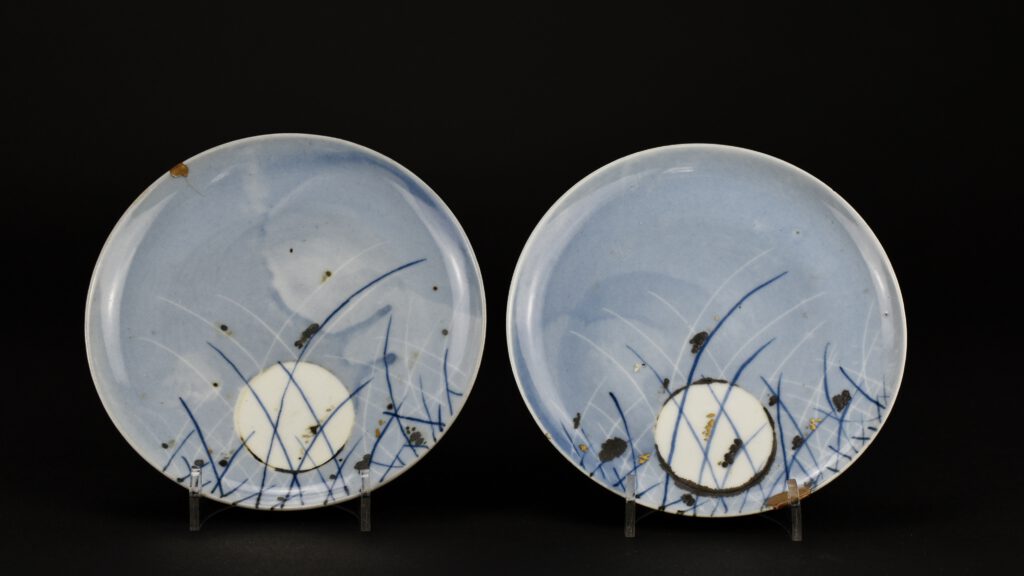