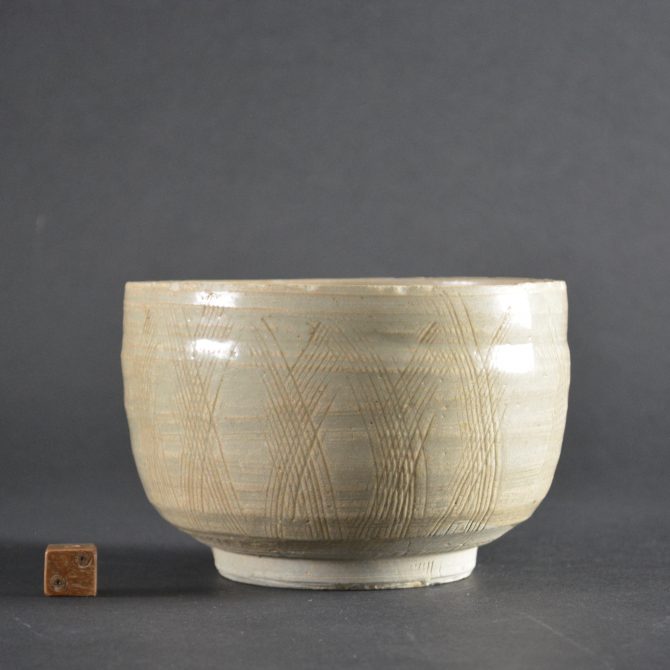 A Song Dynasty Celadon Bowl, Fujian Kilns c.1150-1300. This upright thickly potted grey-green celadon ware bowl is made of a putty coloured clay which has been combed with simple abstracted designs.

Condition
There are an area of several chips next to each other that have been repaired and two other rim chips filled. There are numerous smaller chips that have not been filled. There is a large glaze crack to the interior.
Size
Diameter 11.3 cm (4 1/2 inches).
Provenance
The Peter Arlidge Collection of Song Ceramics (for details see below the photographs)
Stock number
25048 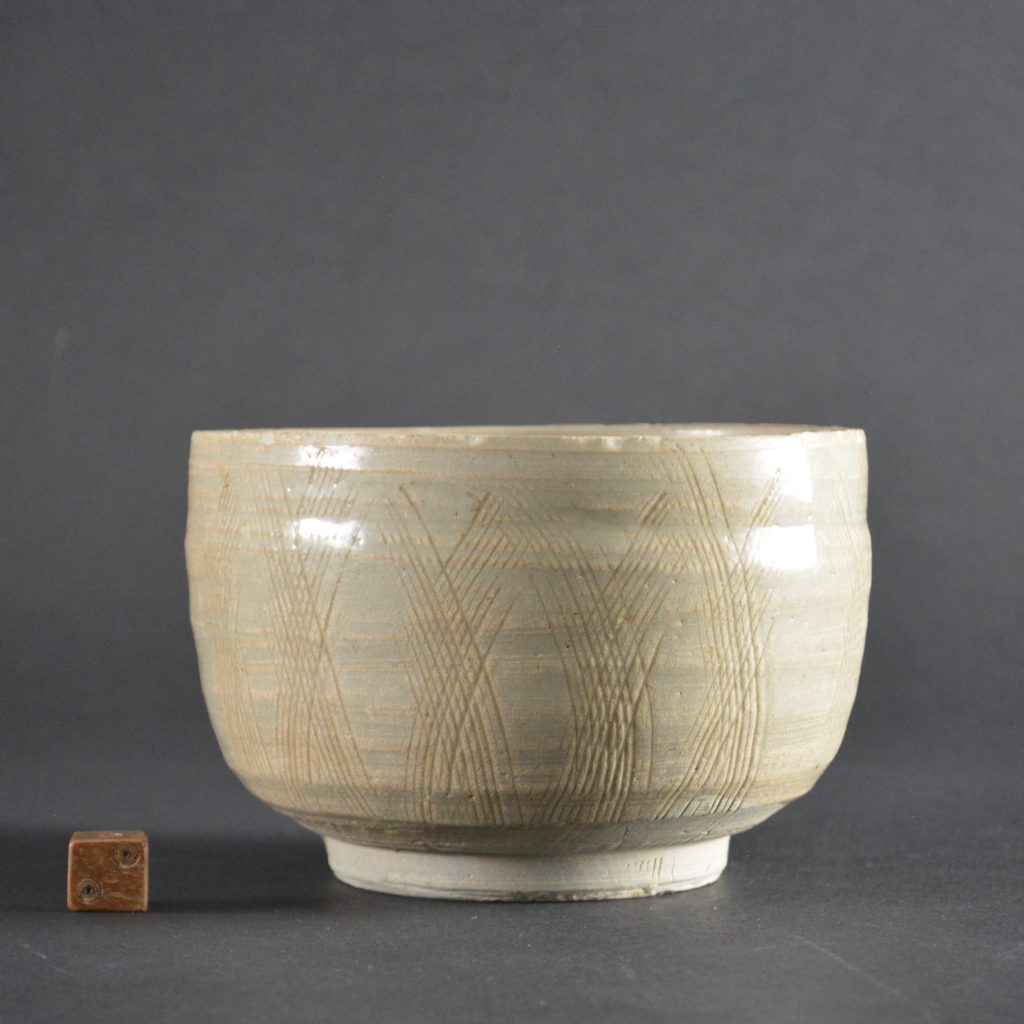 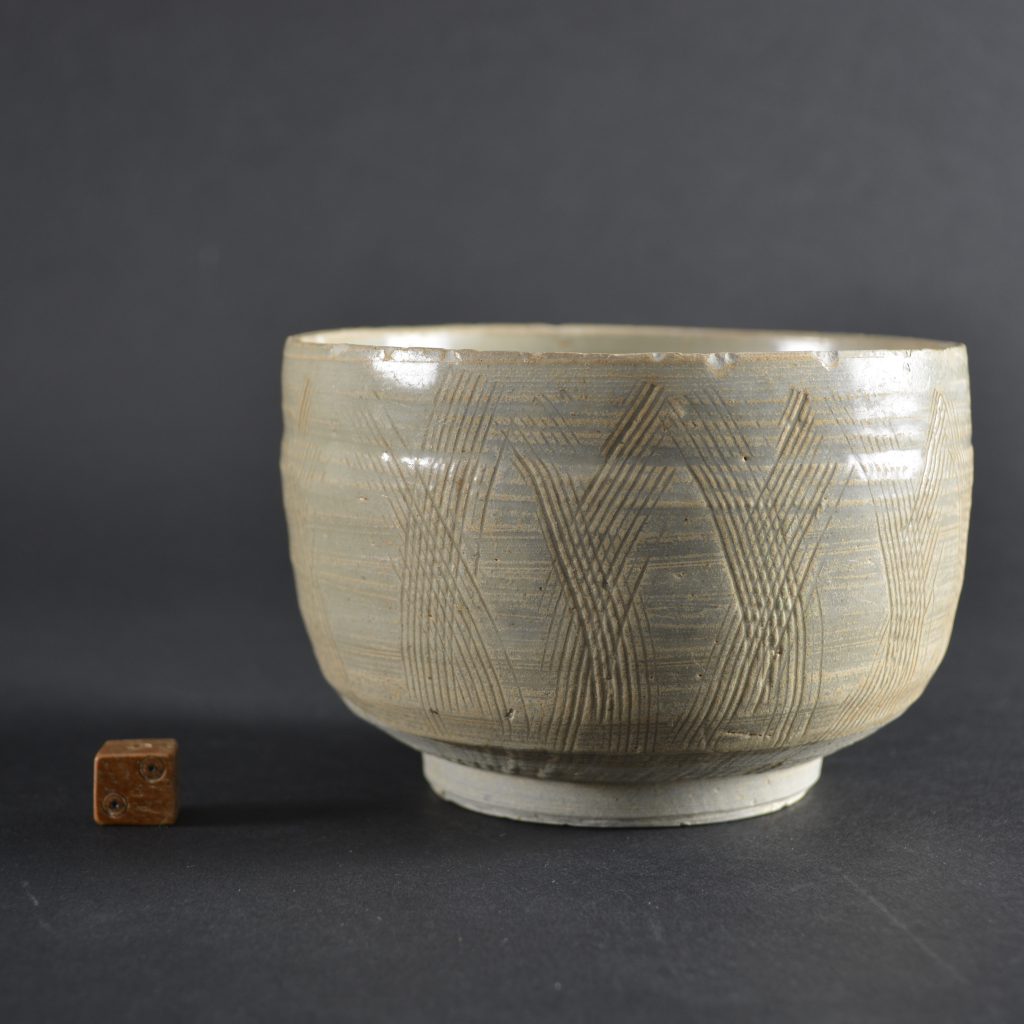 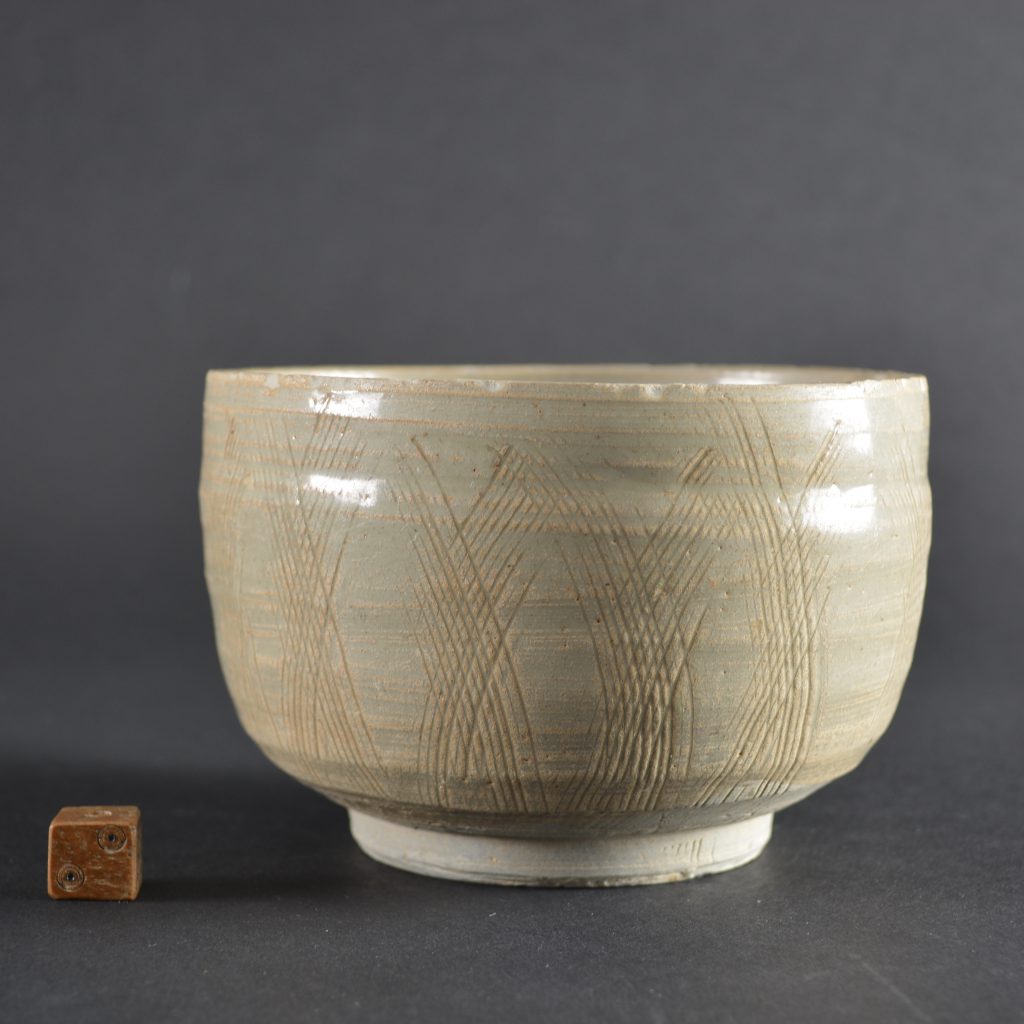 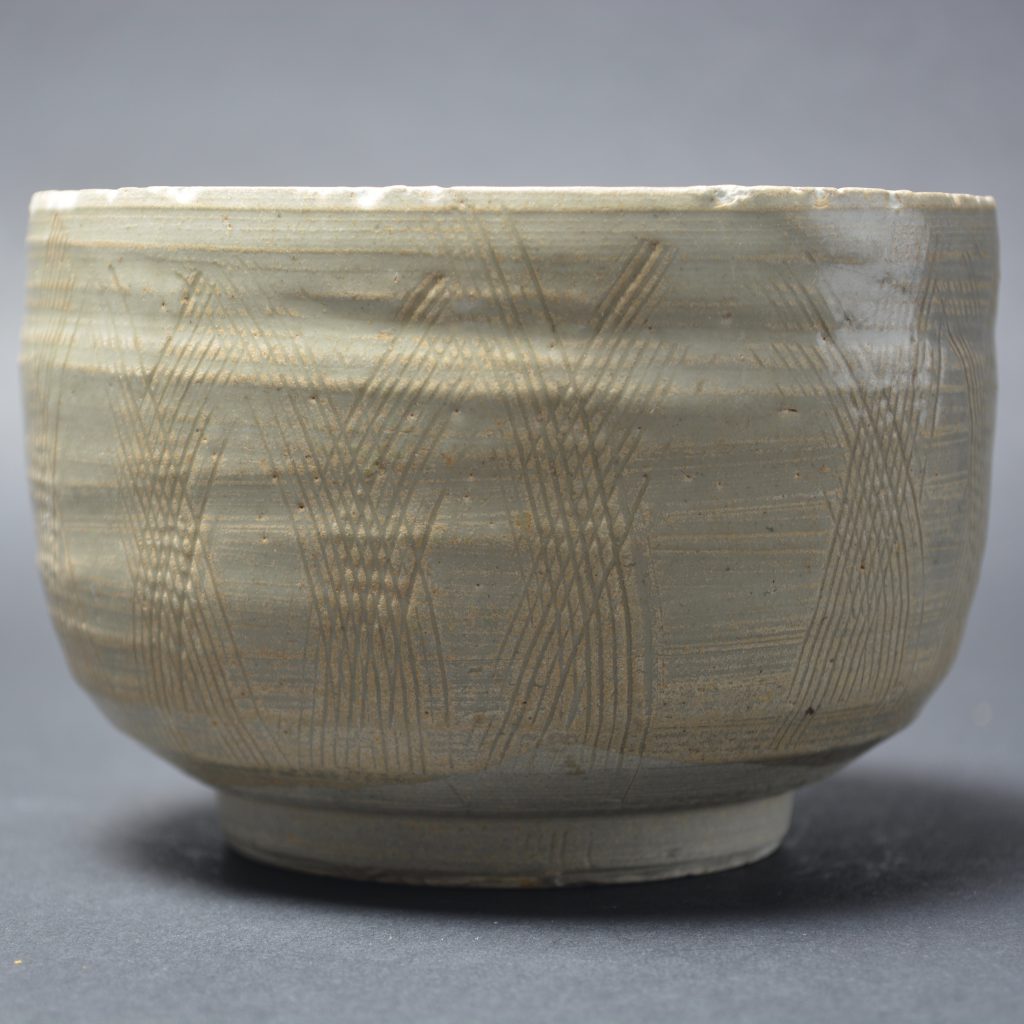 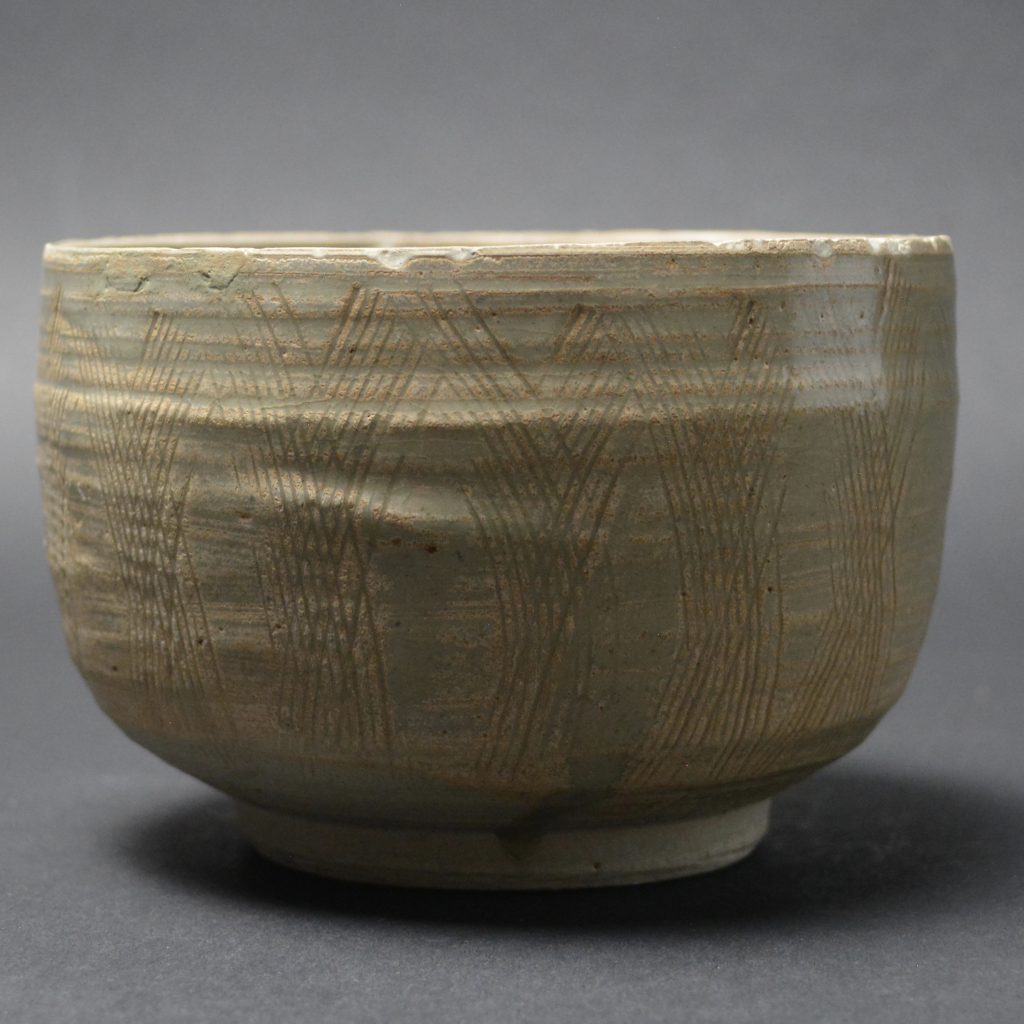 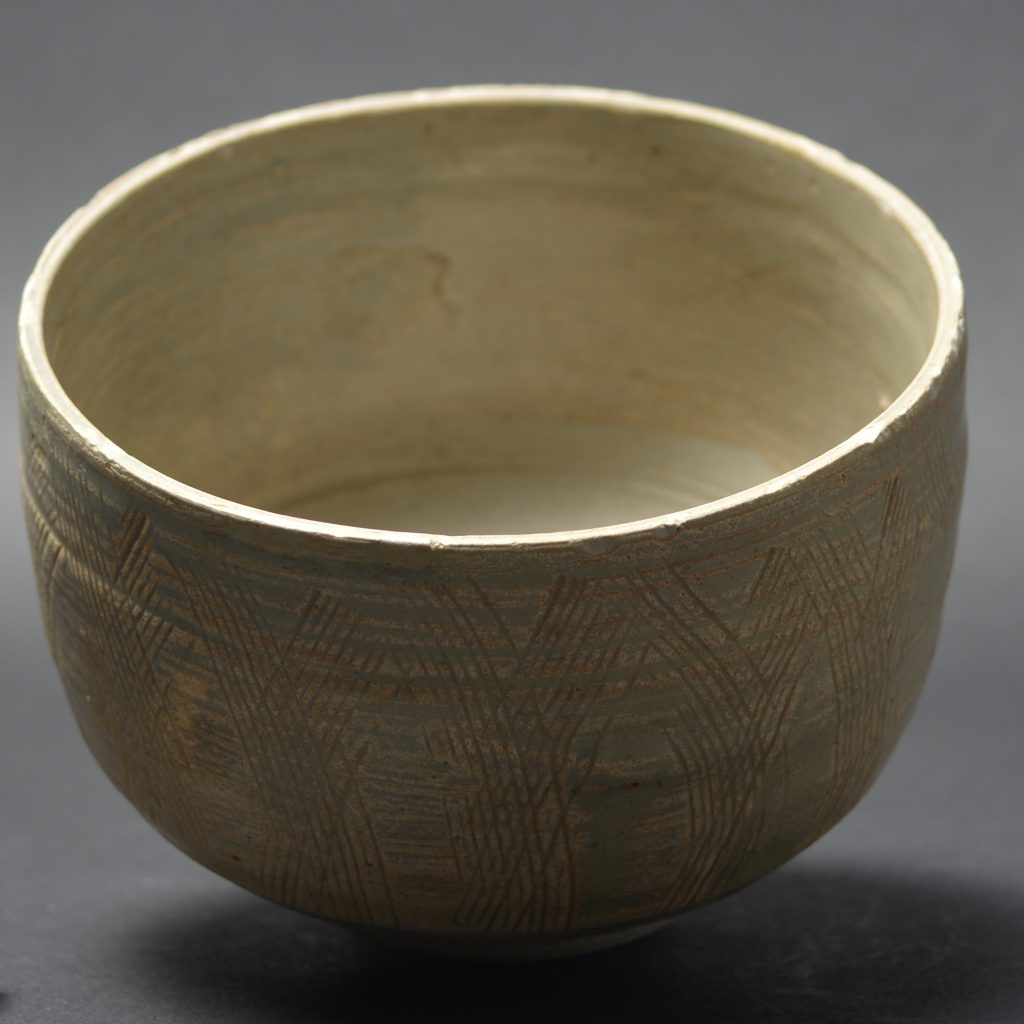 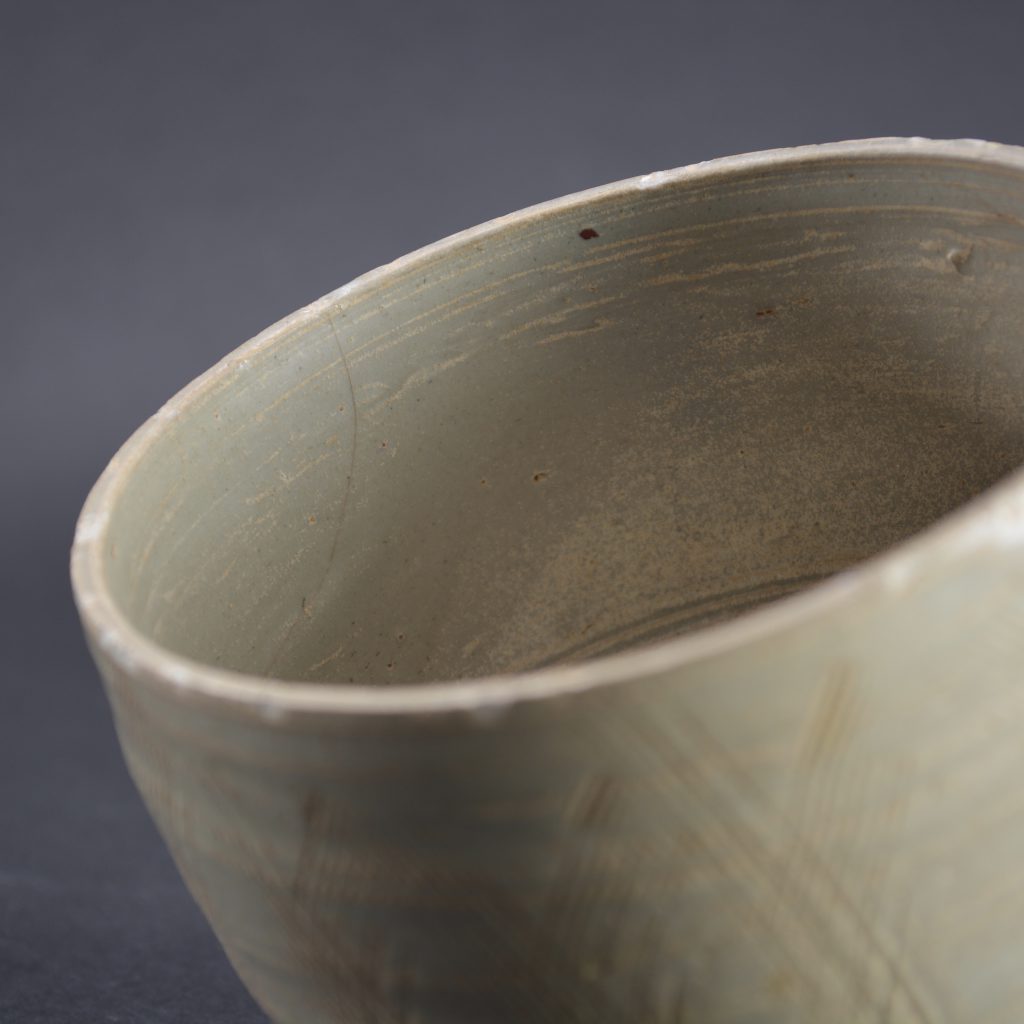 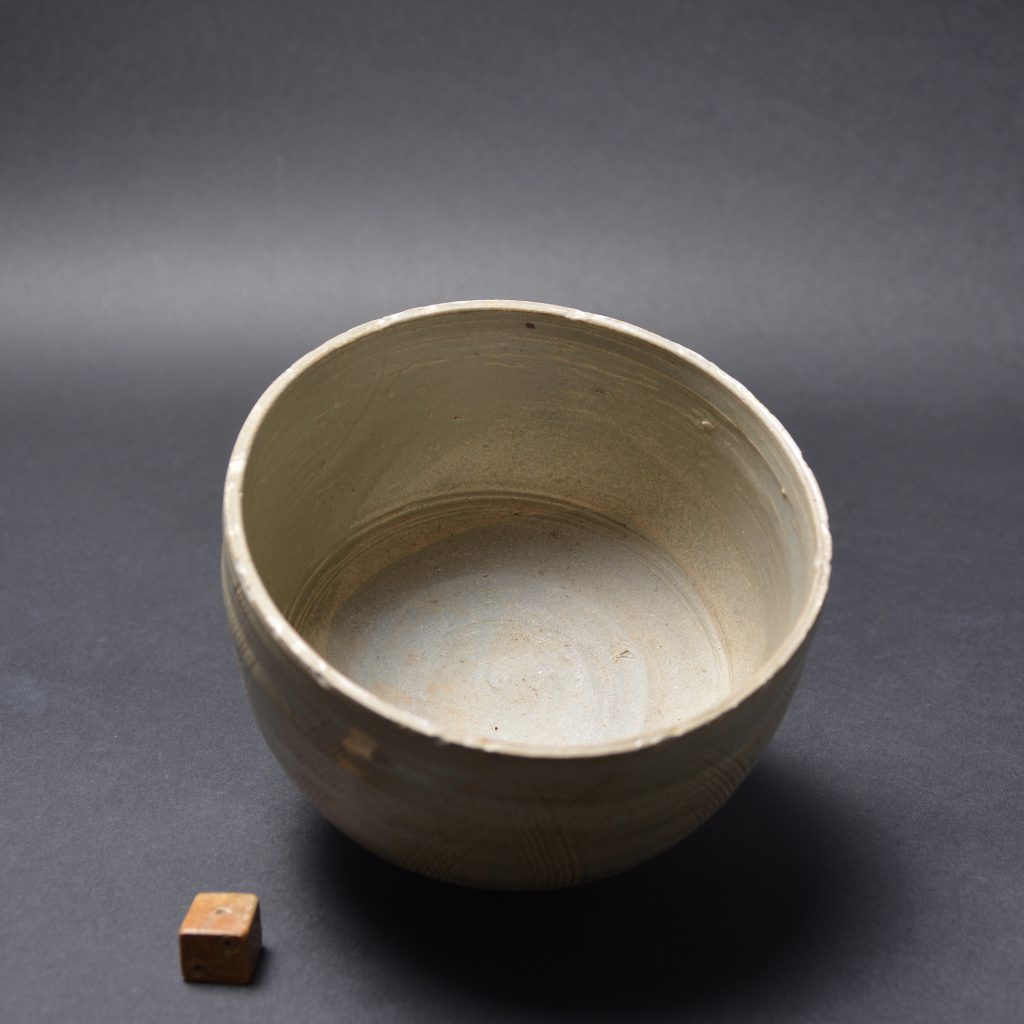 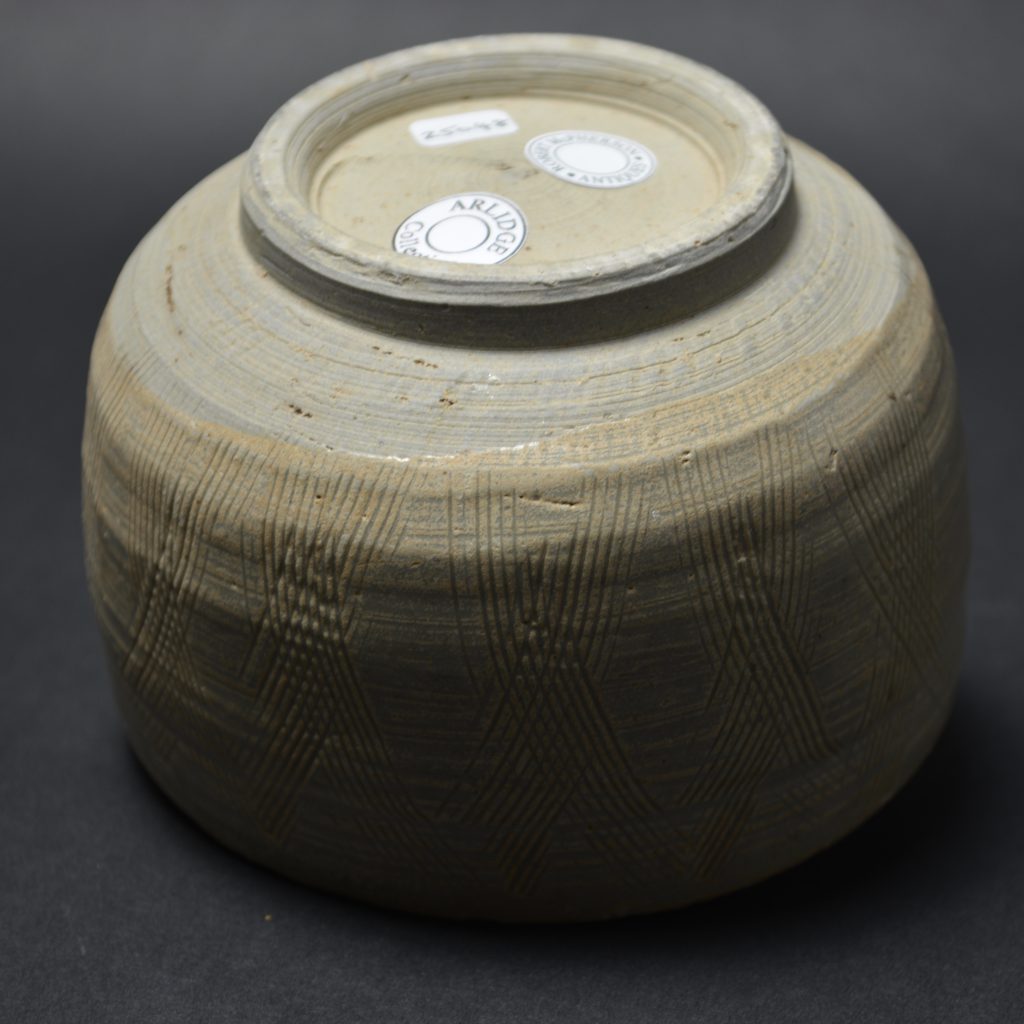 Celadon is a term used to describe several types of Chinese stoneware and porcelain, as well a ceramics from other countries, notably from Korea and Japan. The term is a imprecise one, applying to various types of green glazed ceramics, but not all ceramics with green glazes, there are several wares that have a green glaze that are not refereed to as celadon. For example Green Jun and Ge Ware. For this reason there has been a move to try to clarify the situation by using the term ‘Green Ware’. But for now Celadon is a more familiar and therefore useful term. The origins of the term Celadon are not clear, one theory is that the term first appeared in France in the 17th century and that it is named after the shepherd Celadon in Honoré d’Urfé’s French pastoral romance, L’Astrée (1627), who wore pale green ribbons. (D’Urfe, in turn, borrowed his character from Ovid’s Metamorphoses.) Another theory is that the term is a corruption of the name of Saladin, the Ayyubid Sultan, who in 1171 sent forty pieces of the ceramic to Nur ad-Din, Sultan of Syria. Yet a third theory is that the word derives from the Sanskrit sila and dhara, which mean “stone” and “green” respectively.
Celadon ware originated in Zhejiang Province in the Eastern Han Dynasty, however green monochrome glazes can be found on stoneware much before that date. Zhejiang is were the famous Longquan Celadons were made but Celadon wares were also produced at Jiangsu, Hubei, Hunan and Jiangxi. The production of Celadon Ware required a reducing atmosphere of around 1300 degrees C., the colouring agent was a mixture of iron oxide and titanium. The glaze was applied very thickly, and was full of tiny bubbles which defuse the light giving the appearance of richness and softness.

These were collected during a 50-year career in transport investment. Peter, who describes himself as an ‘old-fashioned collector’, comes from a long line of potters and was the first son not to take up the family profession. Instead, he had a career in transport investment that made him resident in countries such as Malaysia, Vietnam and Indonesia where his love affair with ceramics developed. During Peter’s time in Malaysia in the 1960s his interest in Chinese ceramics peaked and when he later moved to Indonesia, he bought the first two pieces for what would become a much prized personal collection.