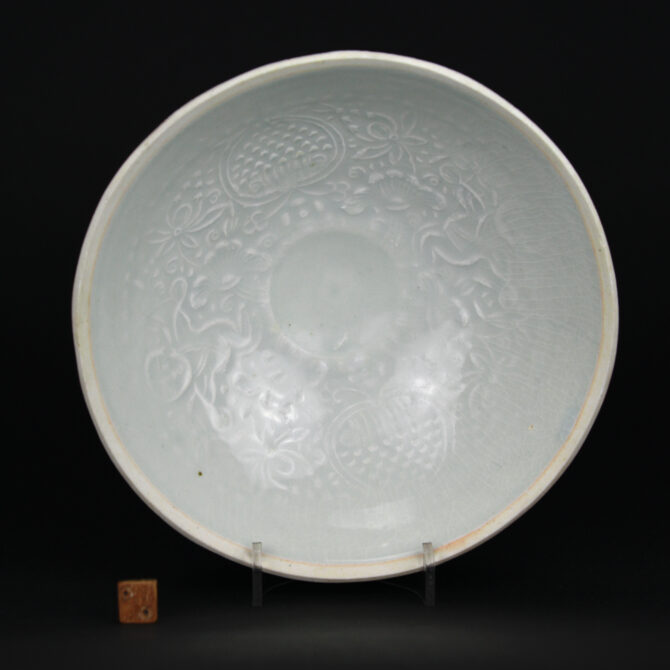 A Song Qingbai Porcelain Conical Shaped Porcelain Bowl, 12th or 13th Century. Thickly potted bowl Song Qingbai porcelain of flaring form is moulded with boys among lotus. The glaze has a green-blue tint and the unglazed rim has fired an orange brown next to the glaze due to irio impurities migrating to the surface. The base has been cut to form the foot. The earliest known qingbai wares were produced in Jingdezhen in Jiangxi province around the late 10th century and are characterized by faint pale-blue glazes on low, wide forms. Qingbai continued to be enormously popular and highly produced throughout the Song dynasty (960-1279) and was prevalent in the Yuan dynasty (1279-1368), but slackened during the Ming dynasty (1368-1644) until being replaced by tianbai, ‘sweet white’ ware. The initial forms of qingbai were simple bowls and dishes, but by the mid-Northern Song the forms had advanced to include a wide variety of objects used for daily life such as ewers, boxes, incense burners, granary models, vases, jars, sculptures, cups, cupstands, water droppers, lamps, grave wares, and tools for writing and painting. The precedent for the majority of these forms is found in earlier metalwork and lacquer and Rawson has suggested that the imitation of silver was the primary force behind the production of white wares, including qingbai.

Condition
In excellent condition, some scratches, wear and there is some staining to the back.
Size
Diameter 17.2 cm (6 2/3 inches)
Provenance
From a Private Collection in London.
Stock number
24936 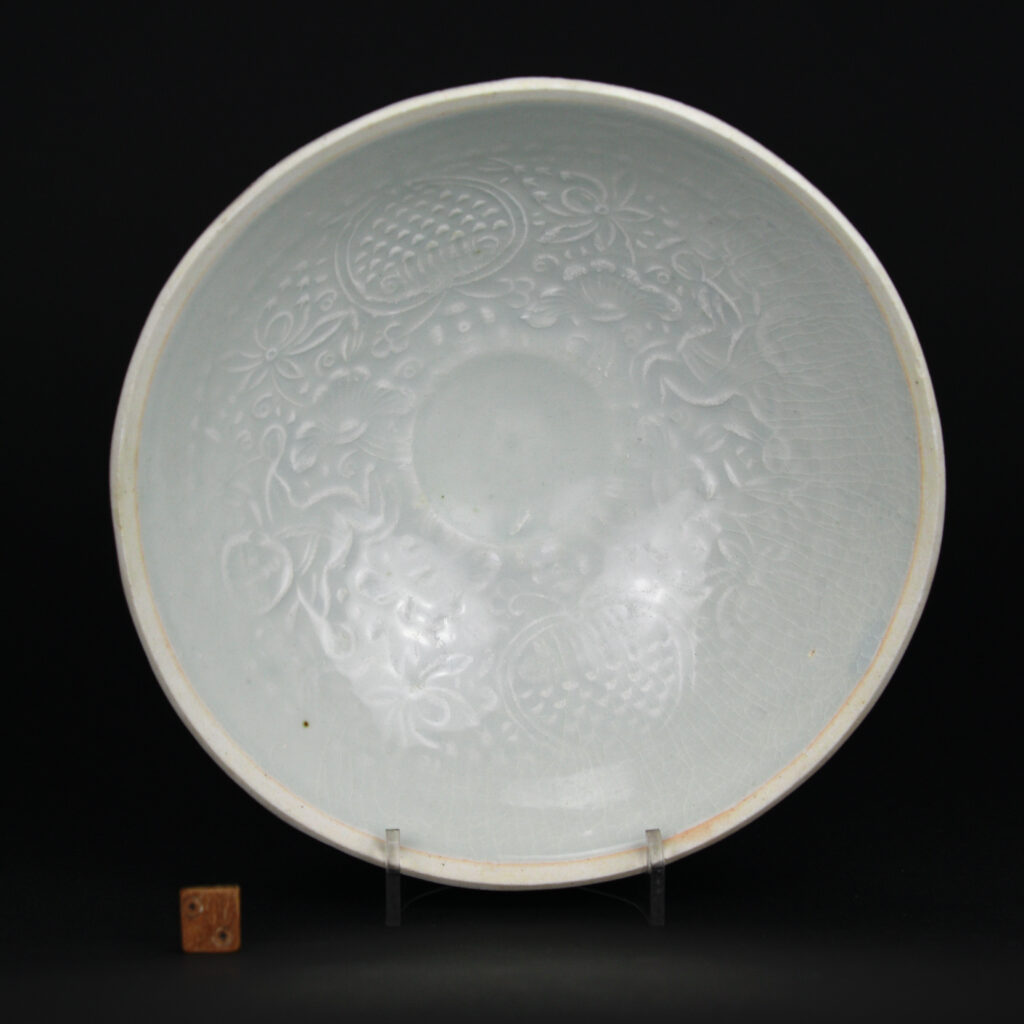 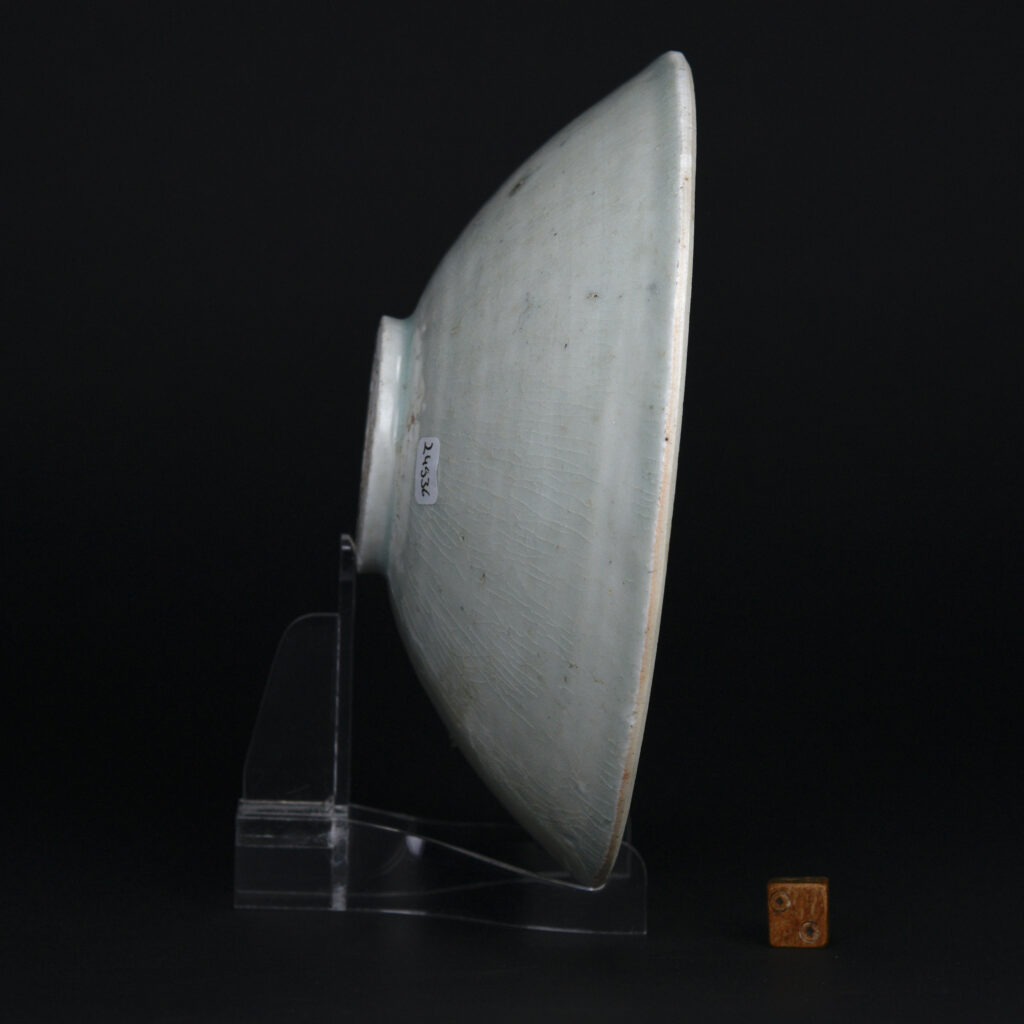 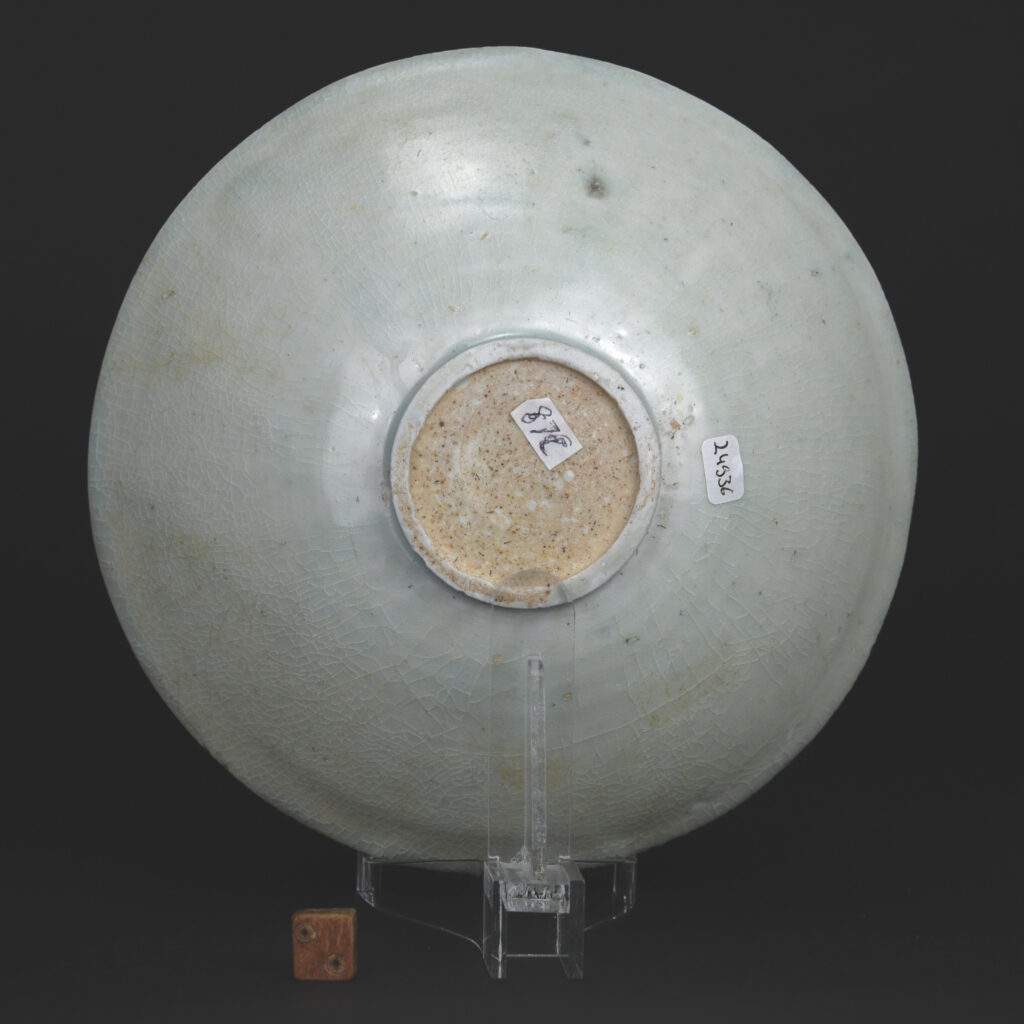 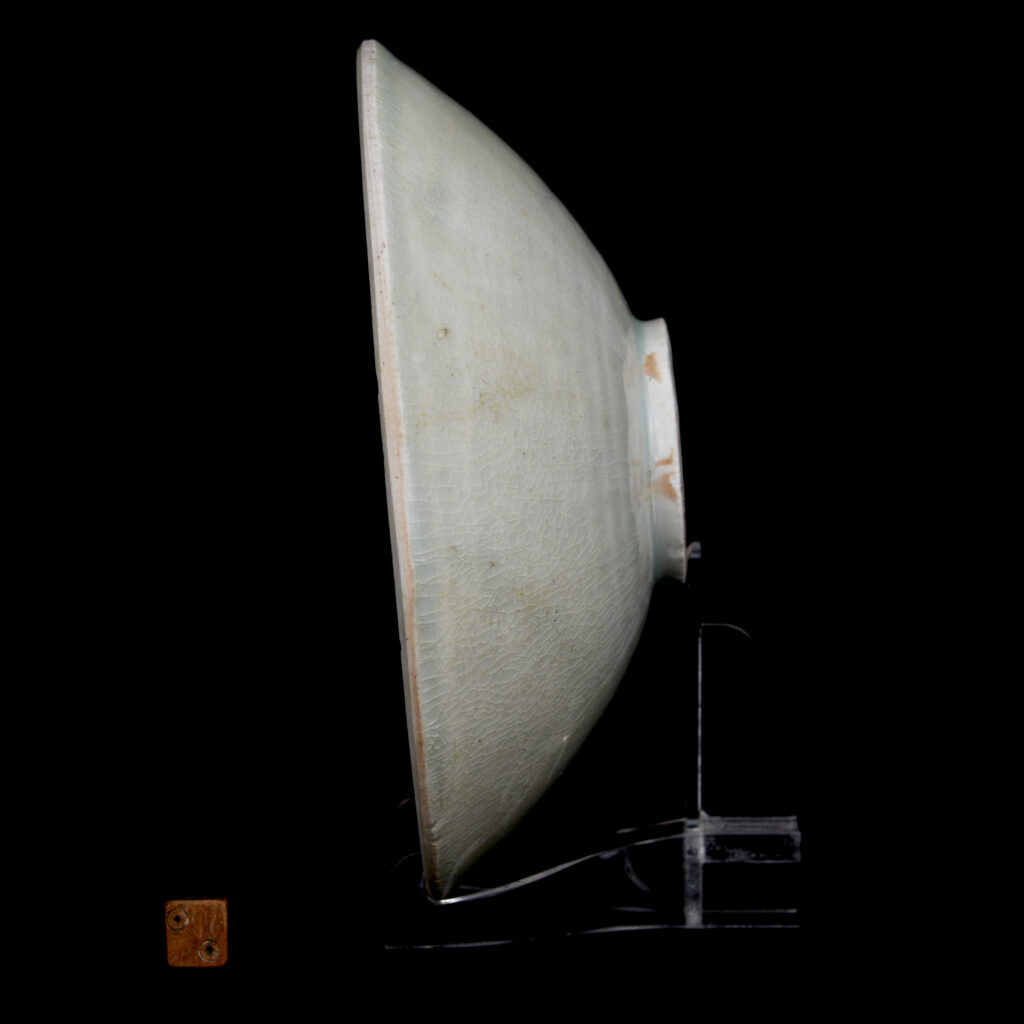 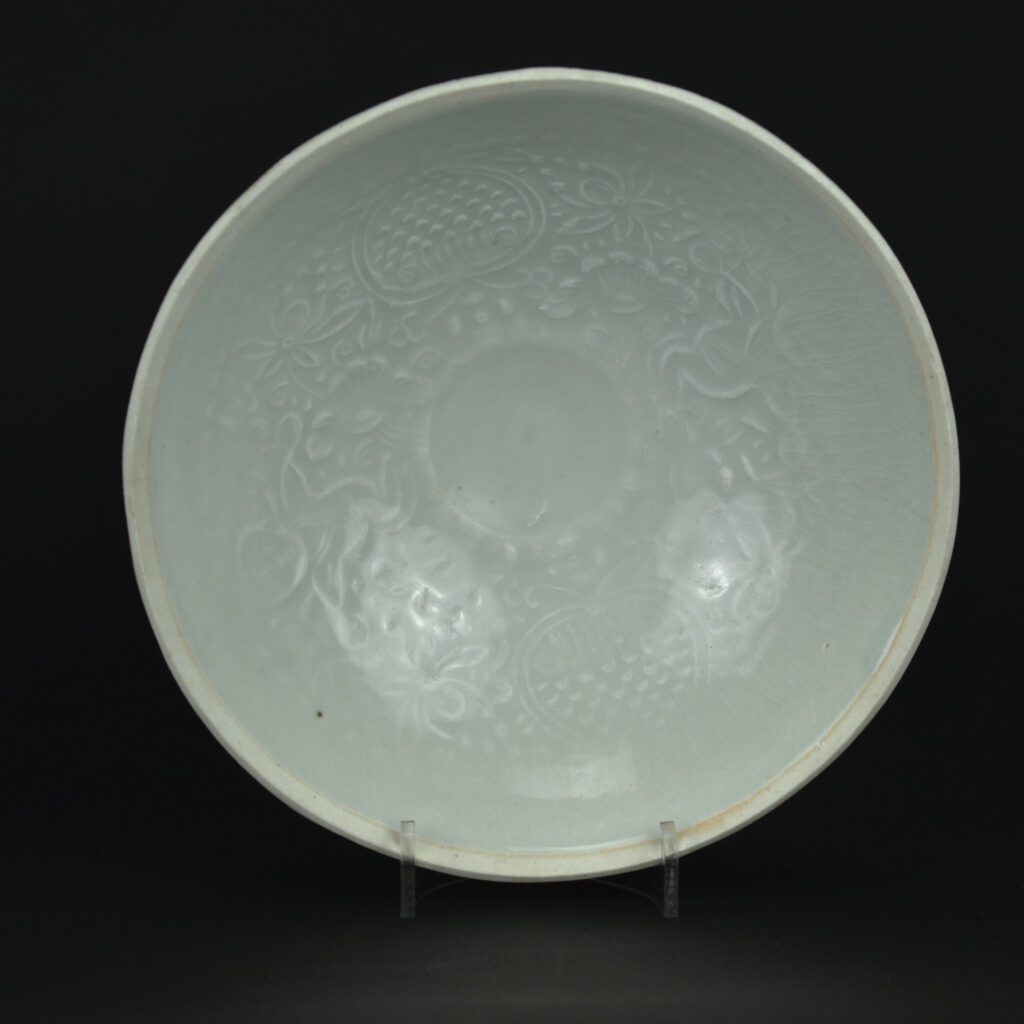 The lotus is one of the most important symbols in the Chinese art. This Buddhist emblem is a symbol of purity, as the perfect flower grows out of muddy ponds without a stain. The words for lotus in Chinese has the same meaning as to bind, connect (in marriage). In connection with 'boys' the meaning conveys a fruitful marriage with children. It is one of the Eight Auspicious Symbols of Buddhism and is the flower used to represent summer.