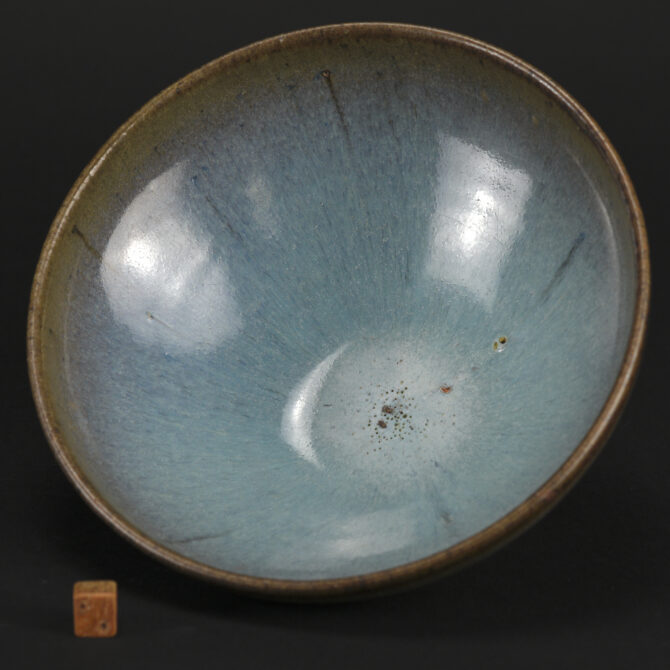 A Fine Yuan Jun Ware Bowl, Jun Kilns, Henan Province, 14th Century. This heavy red-stoneware bowl has a gently curving wall with an upright rim. The upright area that supports the rim has a thinner glaze so it has an almost green-grey tone. The thick interior and exterior glaze has dried as it has run, creating a thick well of glaze at the bottom of the bowl punctured by bubbles. To the exterior is a thick line of glaze which was in the process of dripping has became solidified. The colours and tones of the glaze follow the direction of gravity with trails of colour, some pin pricks expose iron from the body which bleeds a trail downwards as do partly dissolved spots of blue pigment. Jun ware from Northern China has been much admired but little understood, however new research has revealed much about its production. Fired between 1250-1300 C. The glaze is full of `spherules` that diffuse the light. These tiny light scattering droplets of glaze diffuse the light and give Jun ware its soft look. For more information on Chinese glazes see : Chinese Glazes, Their Origins, Chemistry and Recreation (Nigel Wood, A & C Black, London, 1999). For further information see : Chinese Ceramics from the Meiyintang Collection, Volume One (Regina Krahl, Azimuth Editions 1994. ISBN 1-8985592-02-0) page 218 to 225.

Condition
An old crack to the rim, this is visible from the outside but almost impossible to see from the inside. One of the 'tear drops' from edge of the glaze on the outside of the bowl is chipped.
Size
Diameter 18.8 cm (9 inches).
Provenance
Christie's Amsterdam, 18th of October 1995, part lot 373, cost Guilders 1,122.98. The Collection of P.J. Stolk.
Stock number
26075 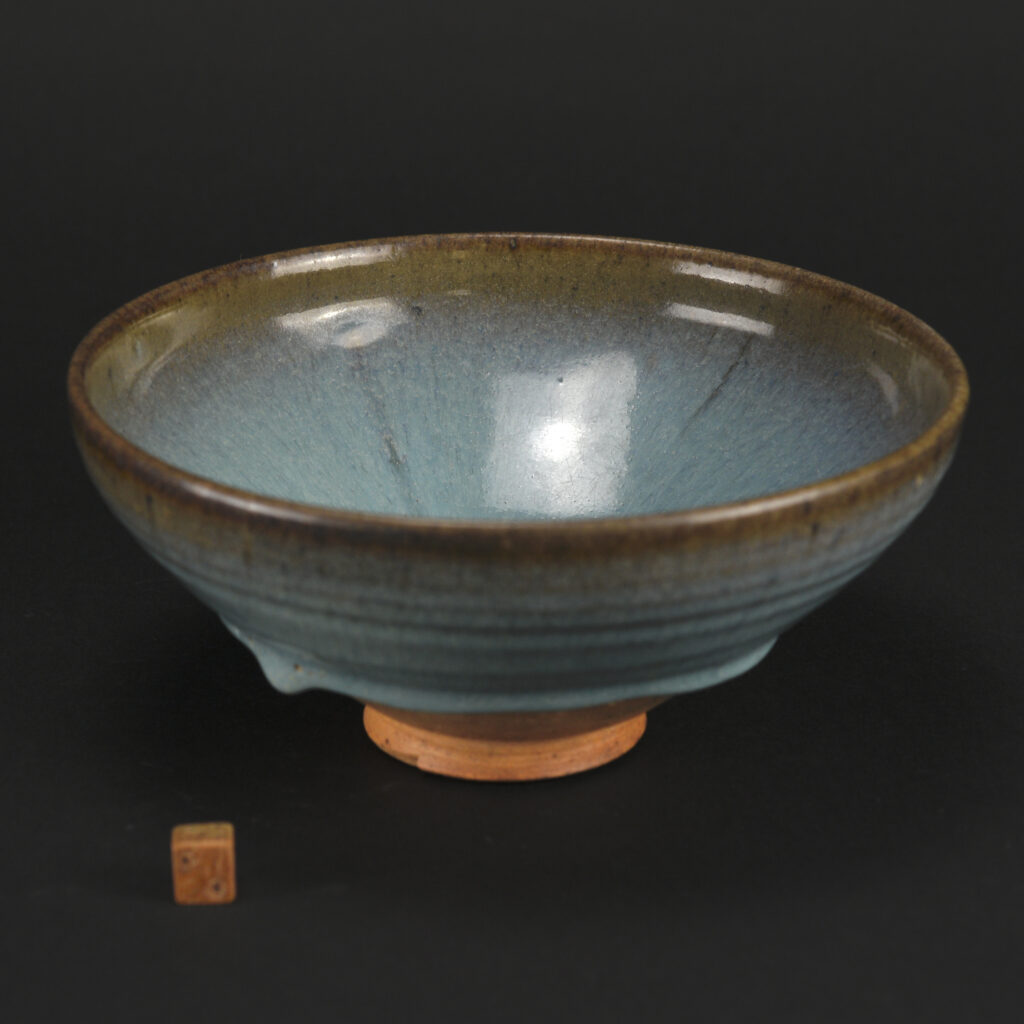 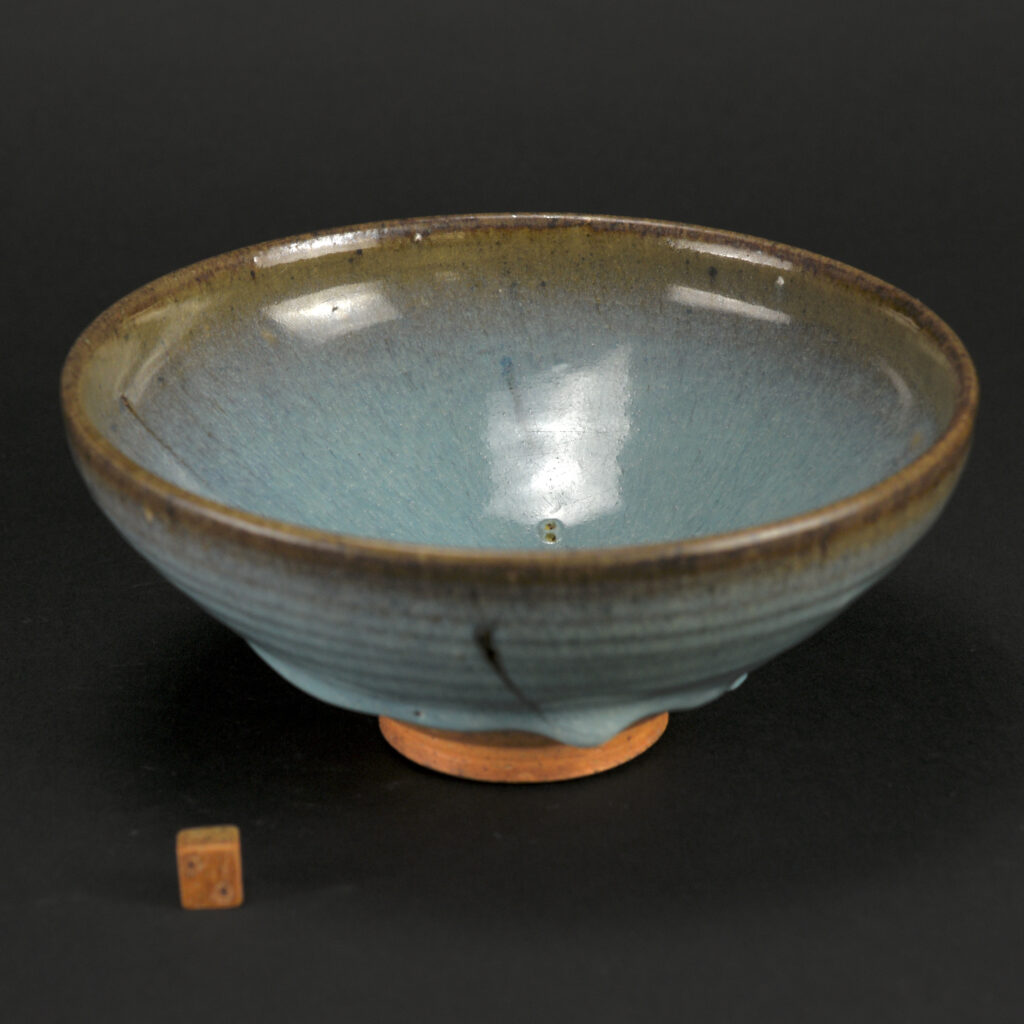 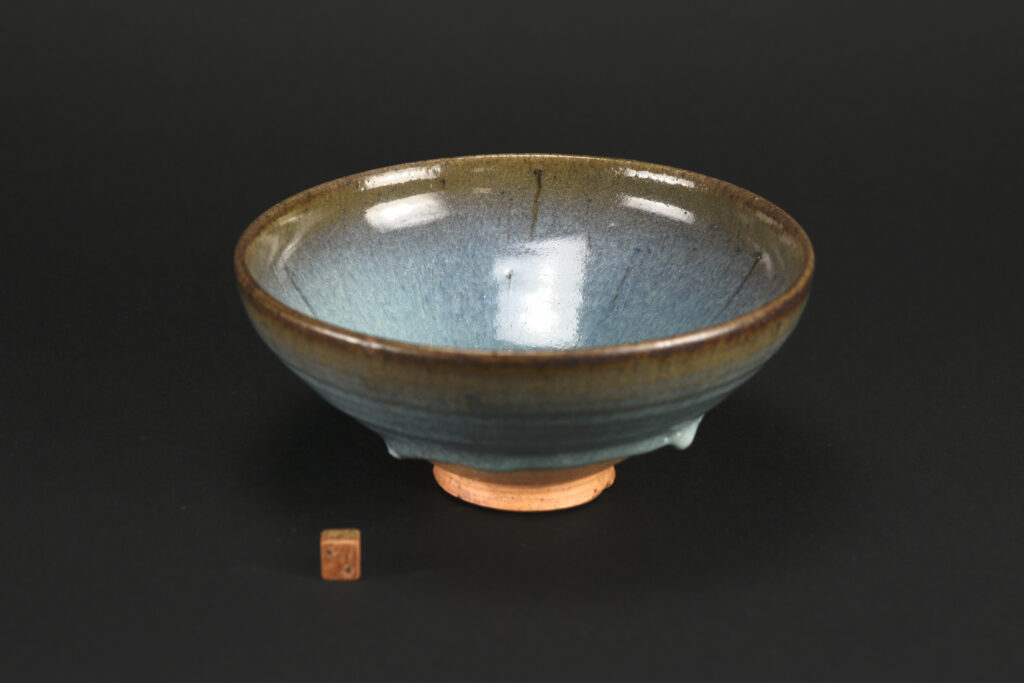 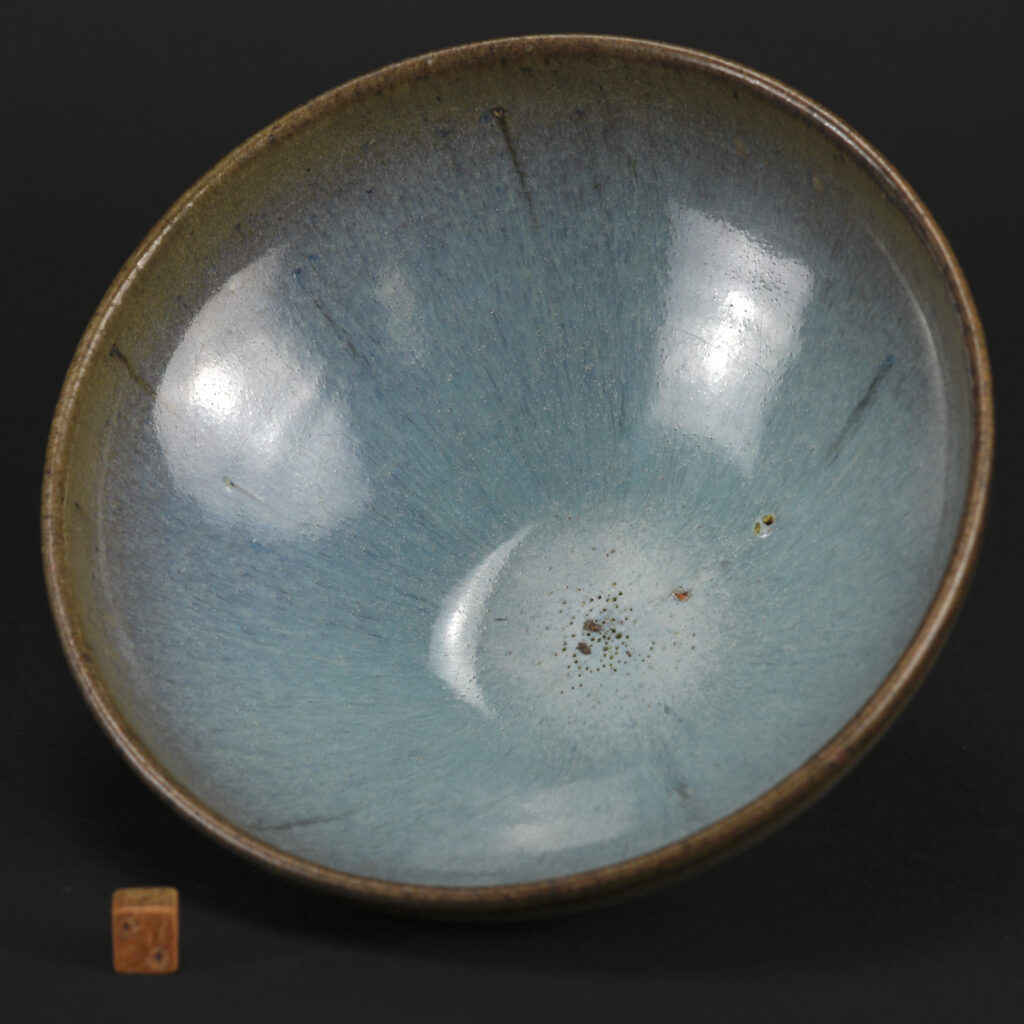 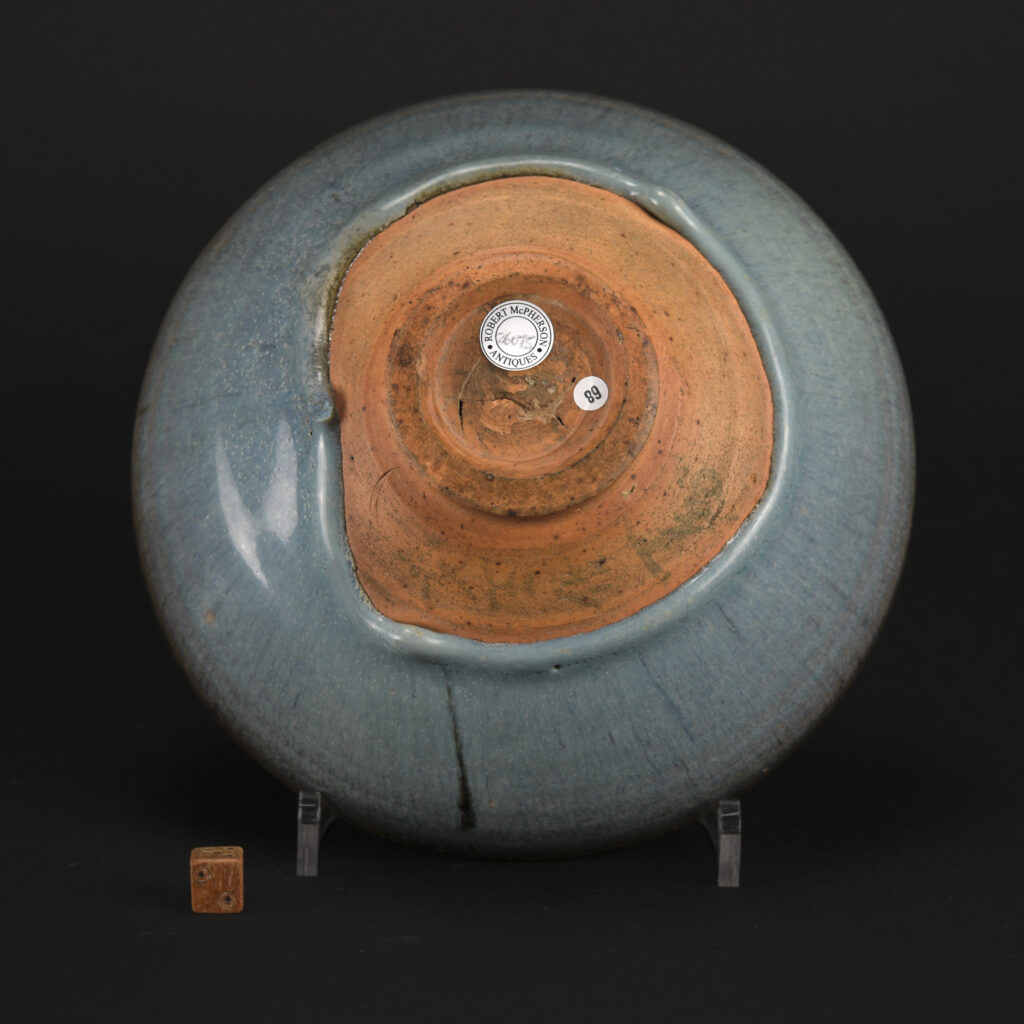 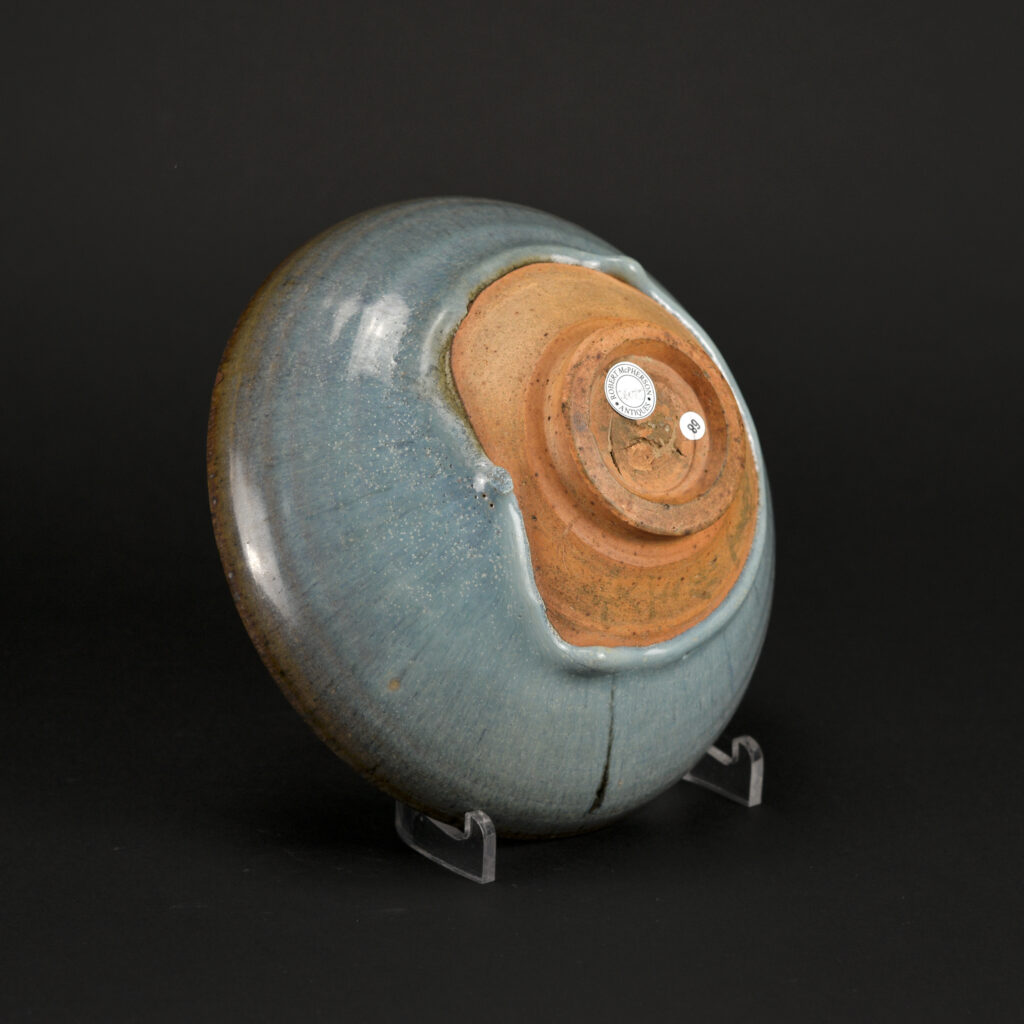 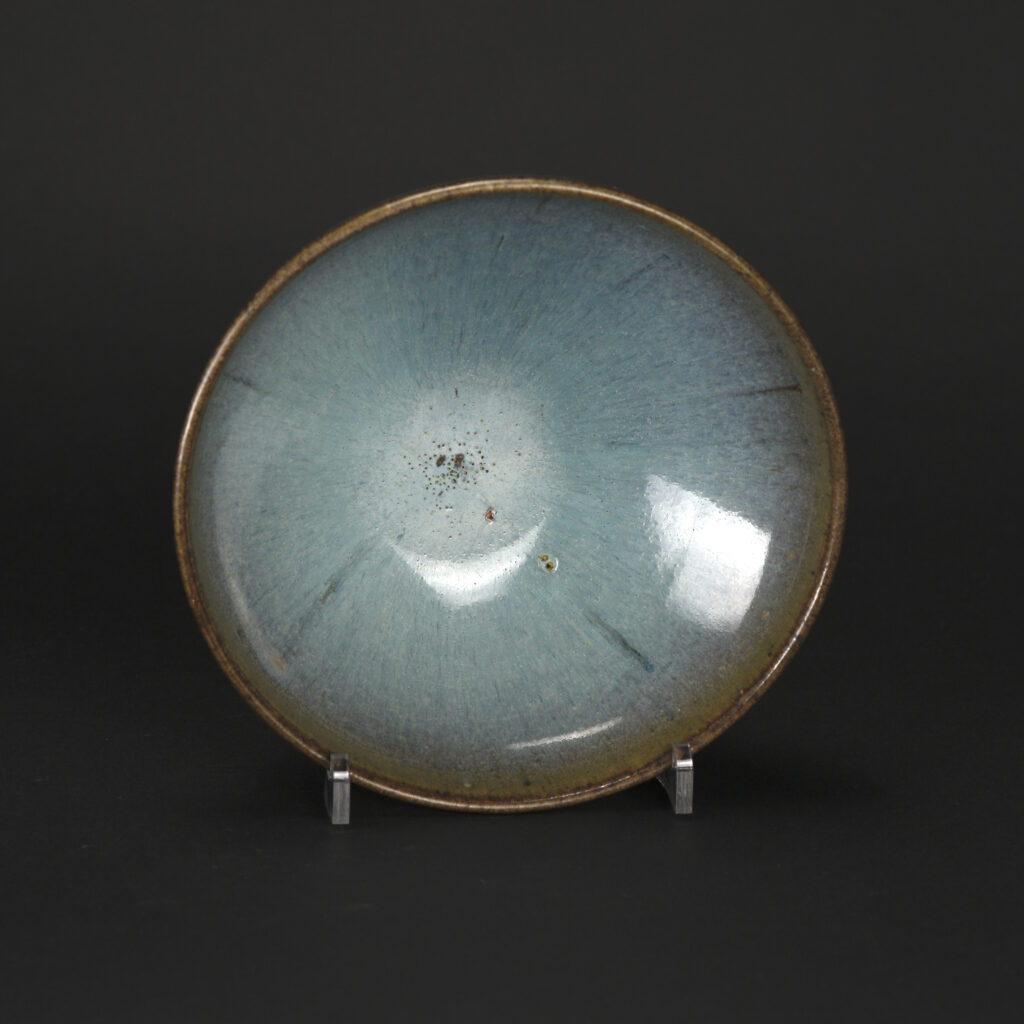 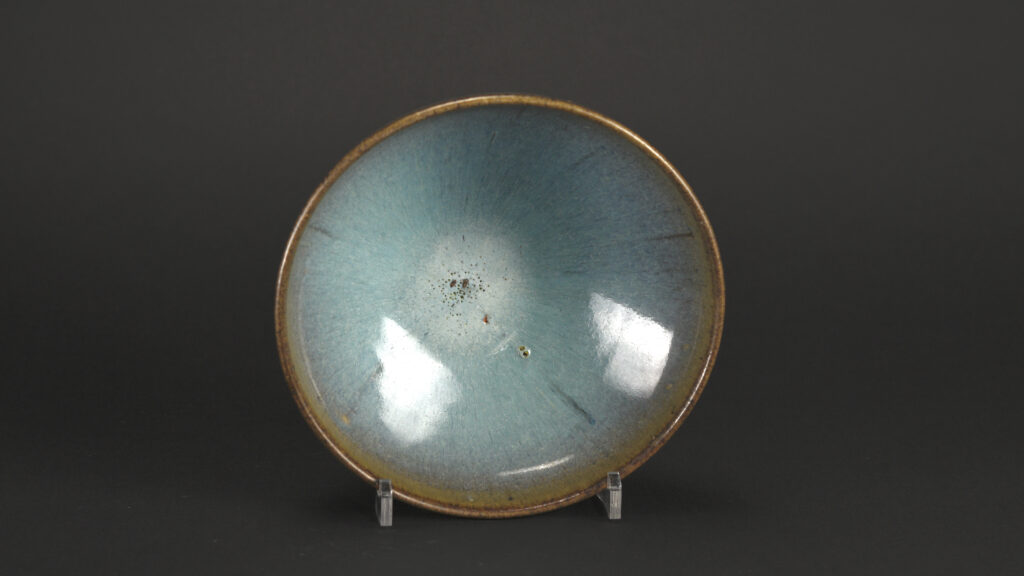 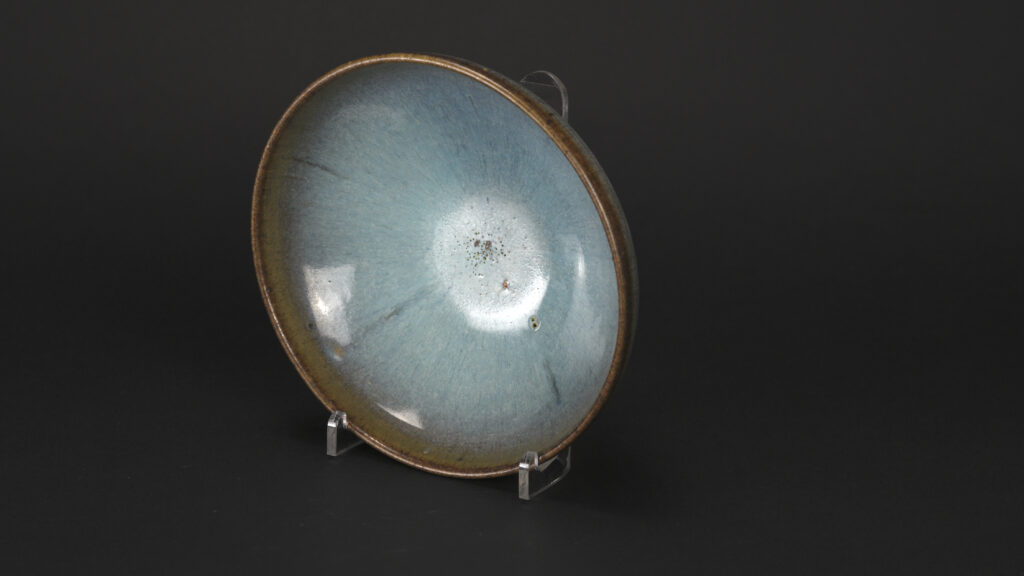 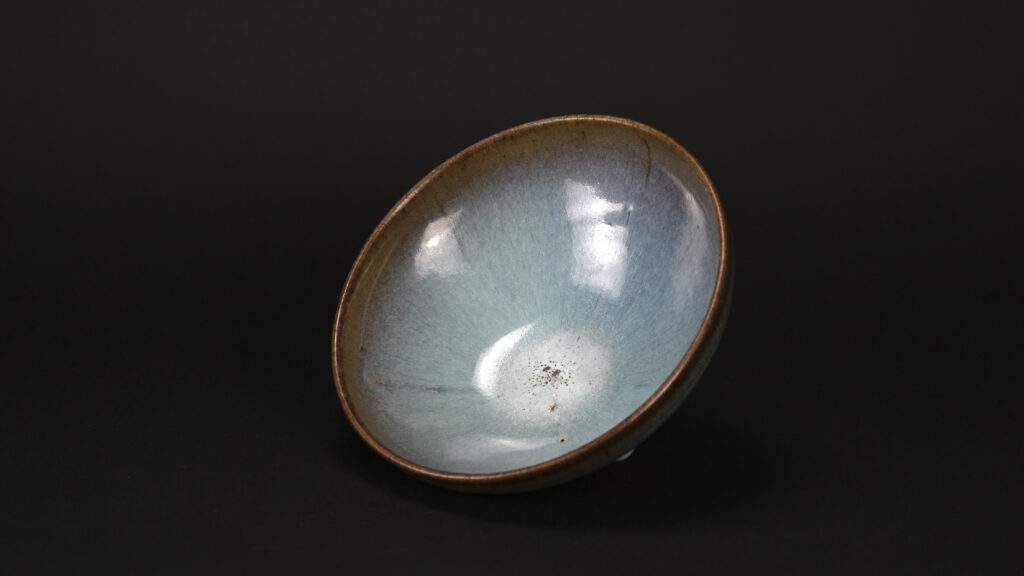