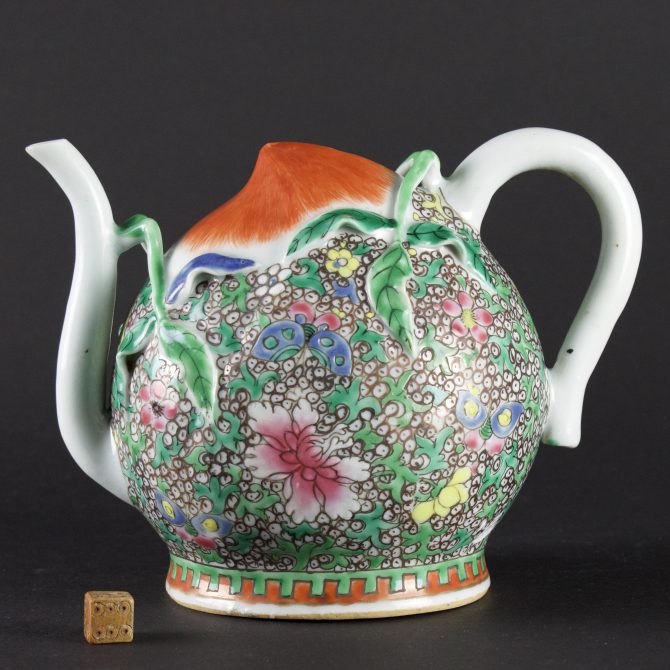 A Chinese Export Porcelain Cadogan Teapot c.1750 – 1770. The peach shaped form teapot is modelled on a Chinese taste wine ewer (see below for references). The decorated in the Famille Rose palette is of flowers, including peony and prunus as well as butterflies in flight, all set against a seeded ground. The pointed top is painted using iron redish orange to imitate the ripeness of the fruit. Two twigs help support the spout and two further twigs issue from the top of the handle. The base which has a very thin coating of glaze, has a hole in which to fill this novelty teapot. This Cadogan has a hollow handle which is open at the bottom. 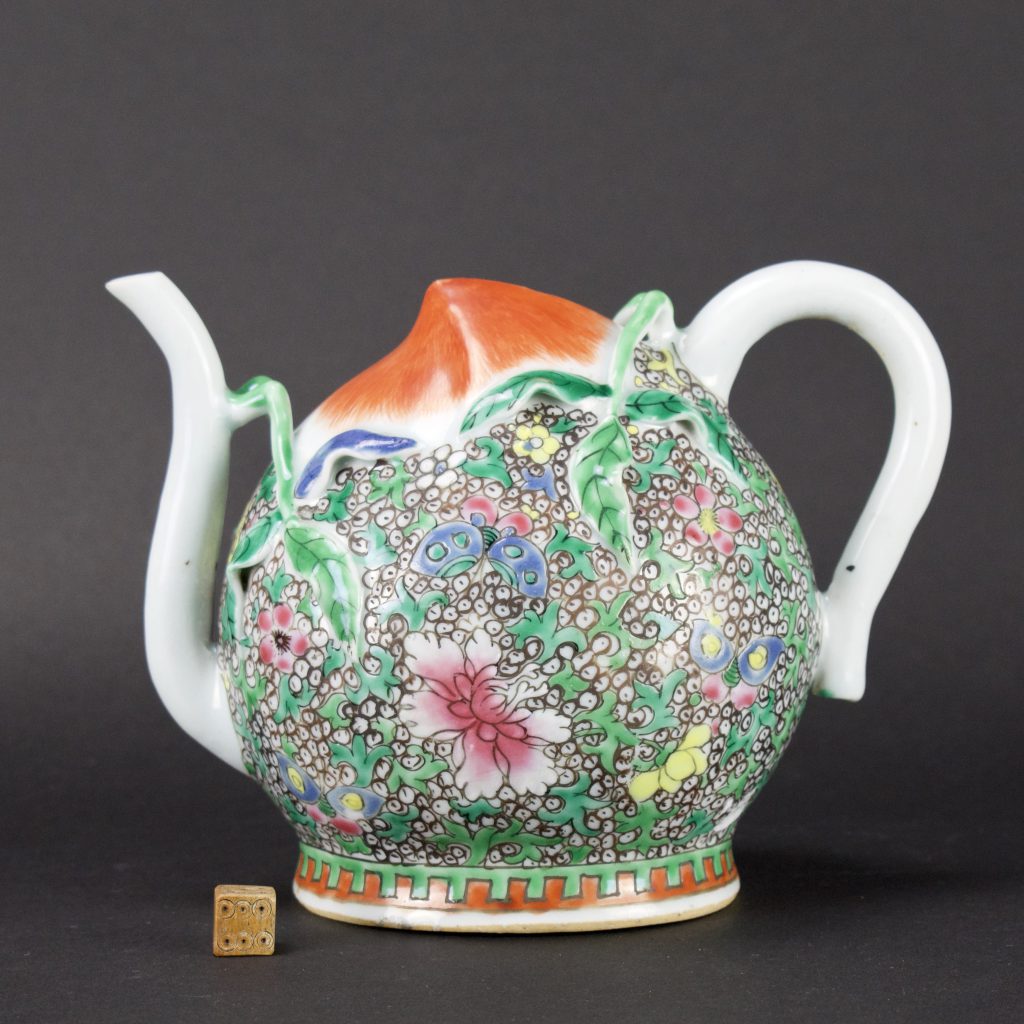 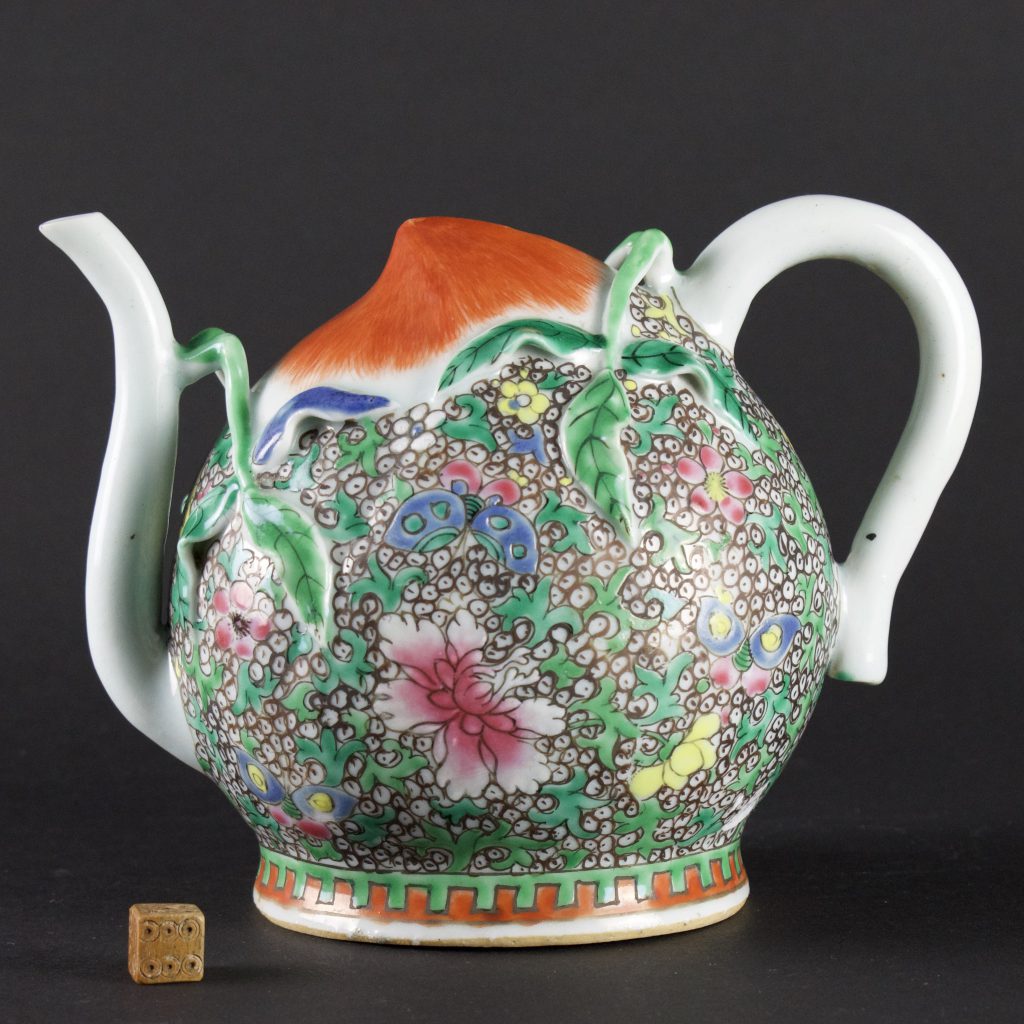 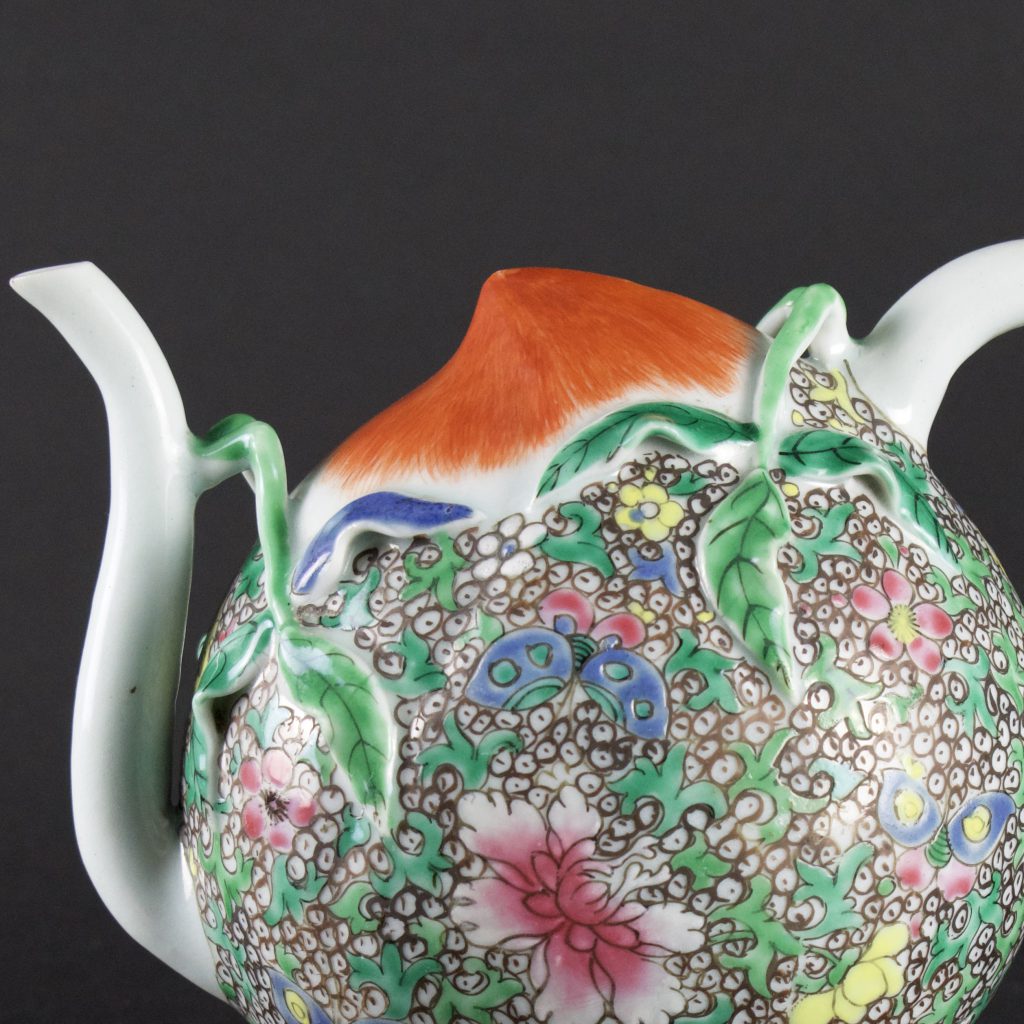 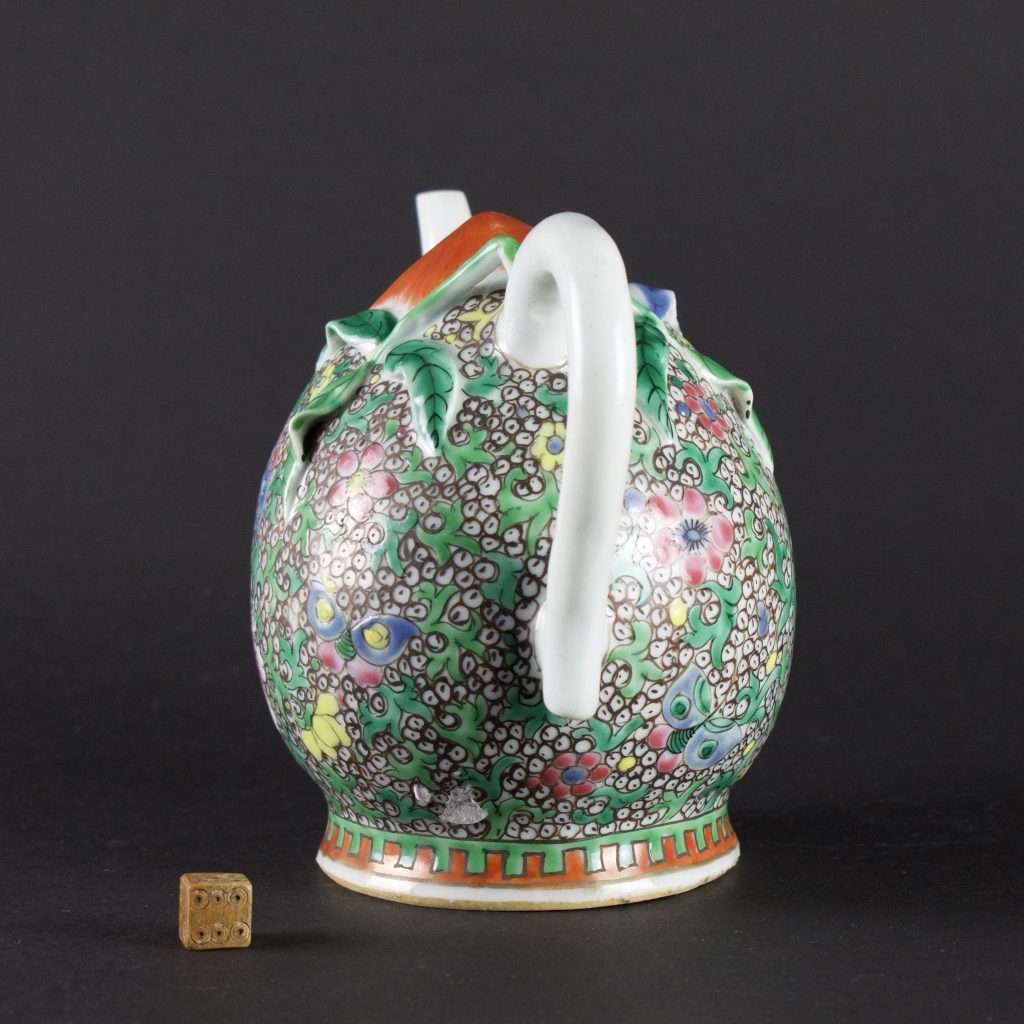 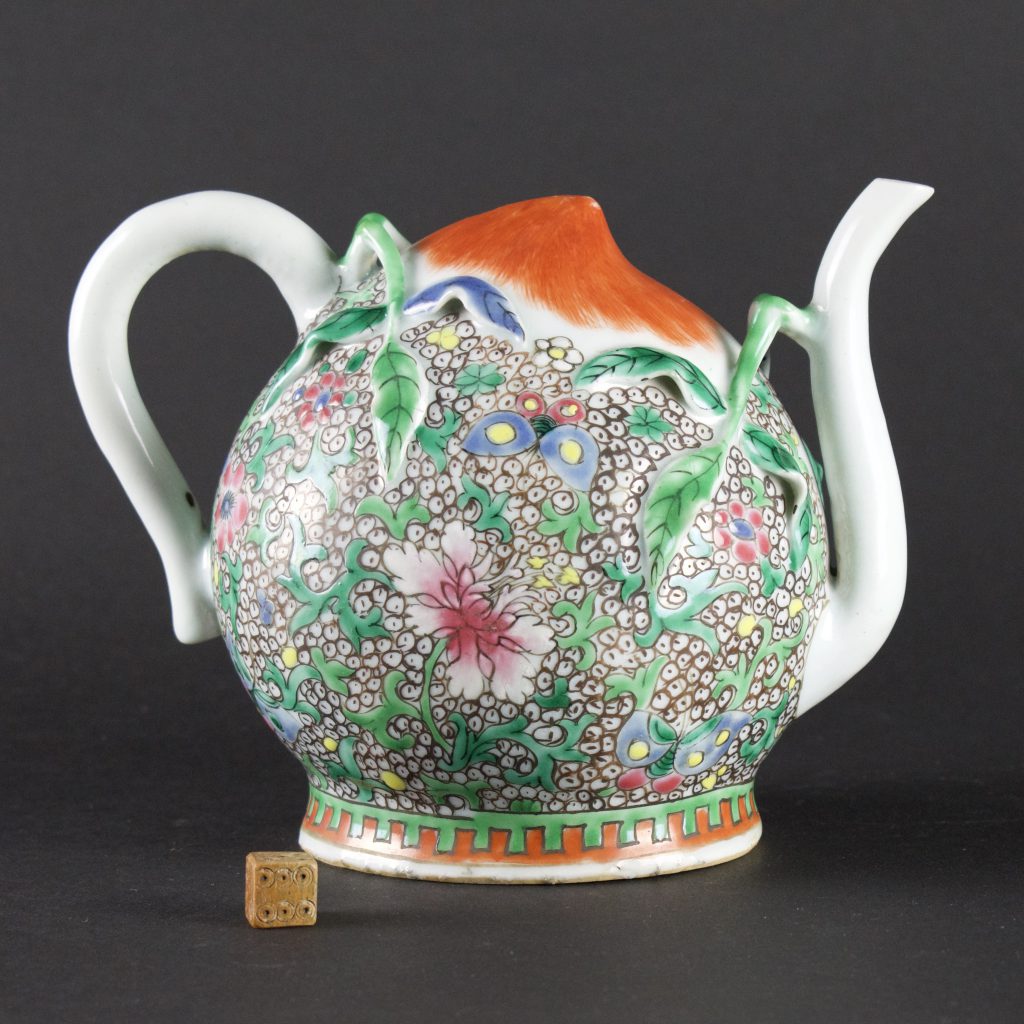 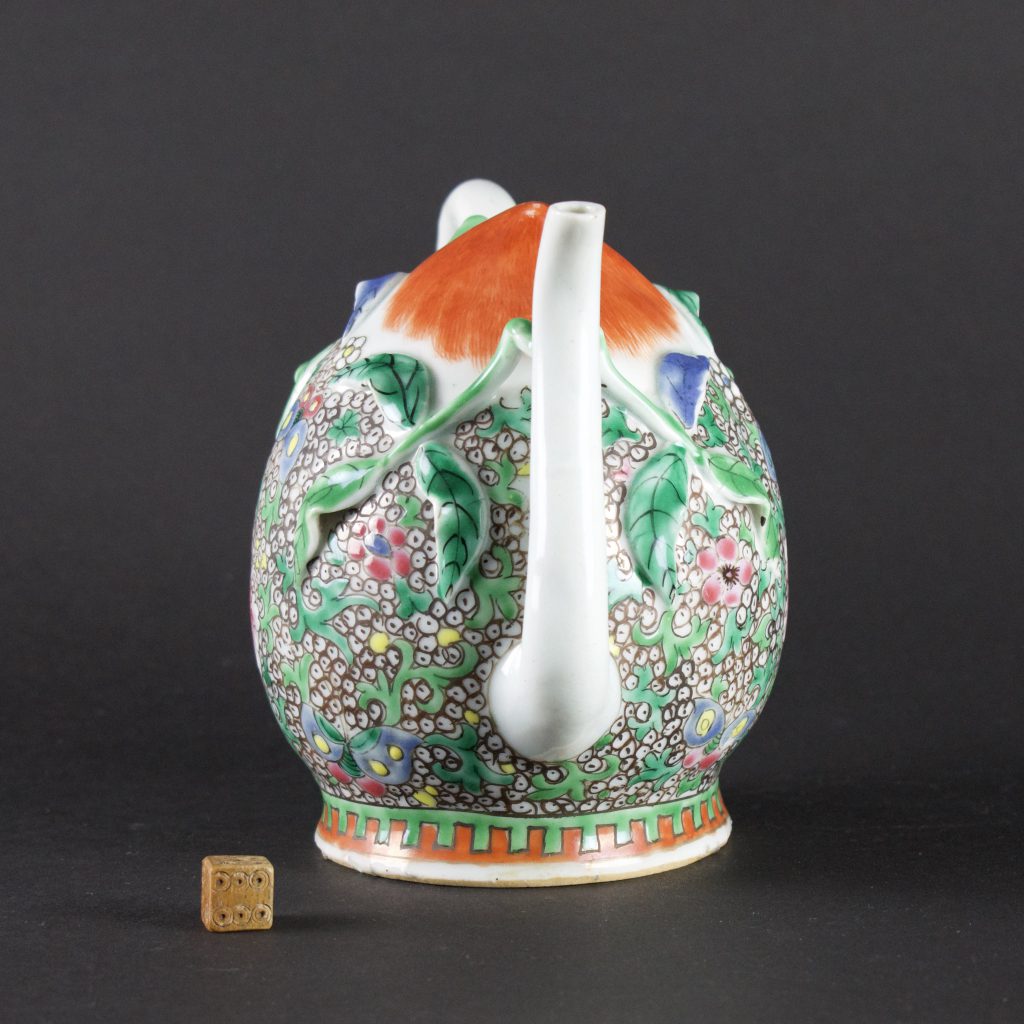 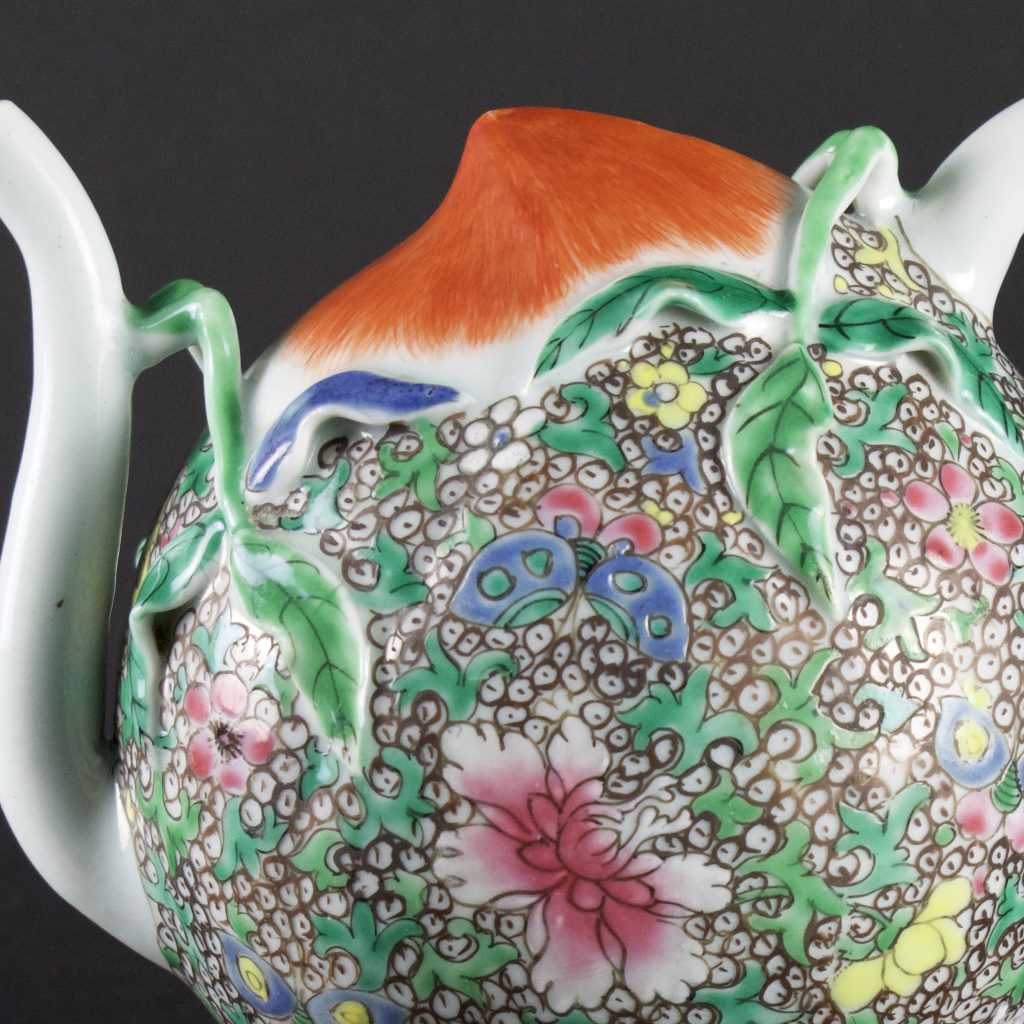 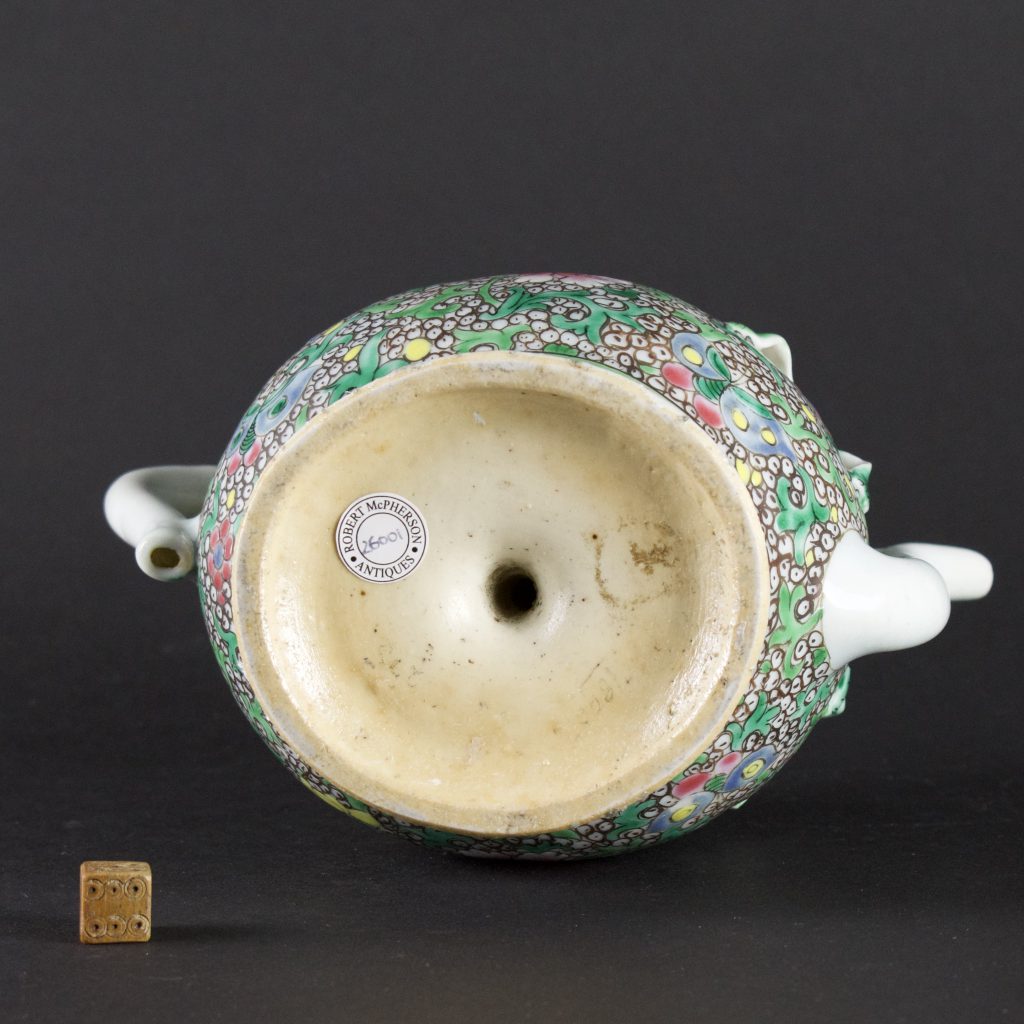 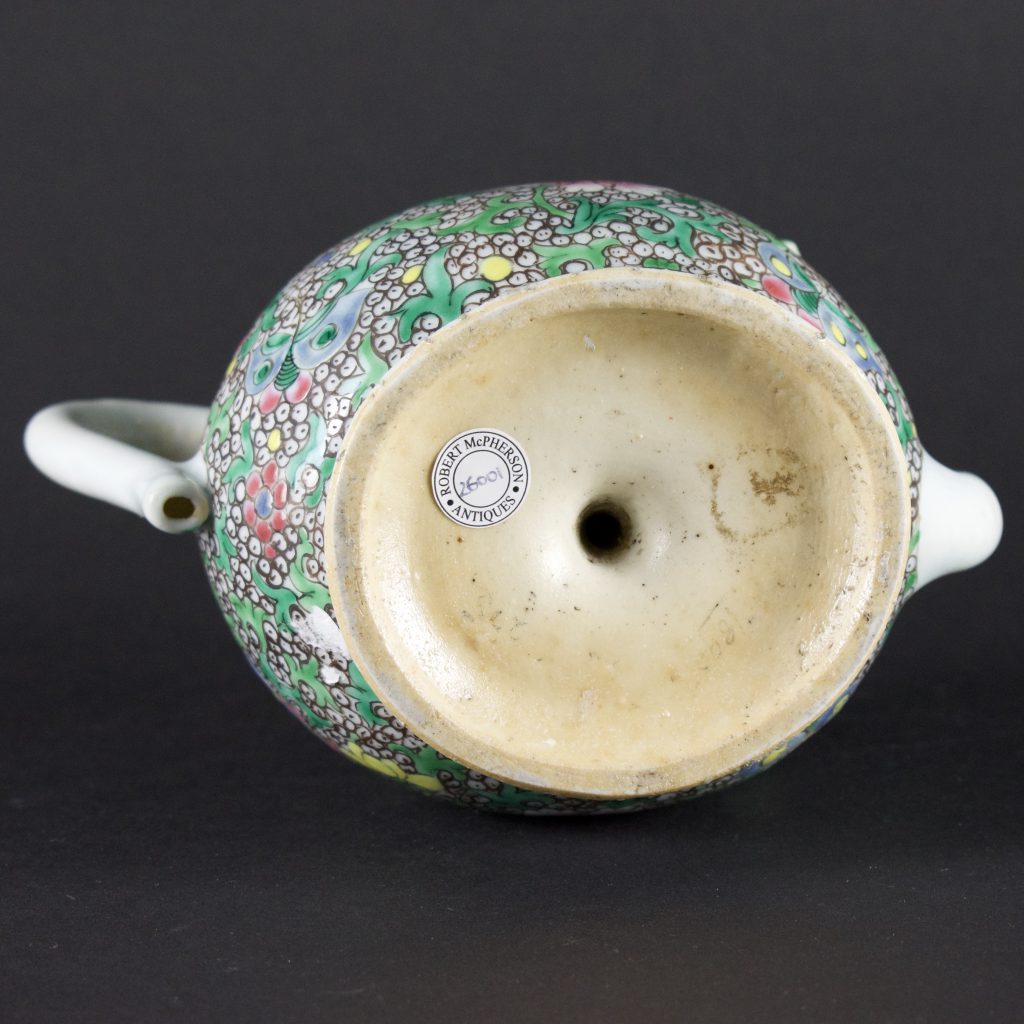 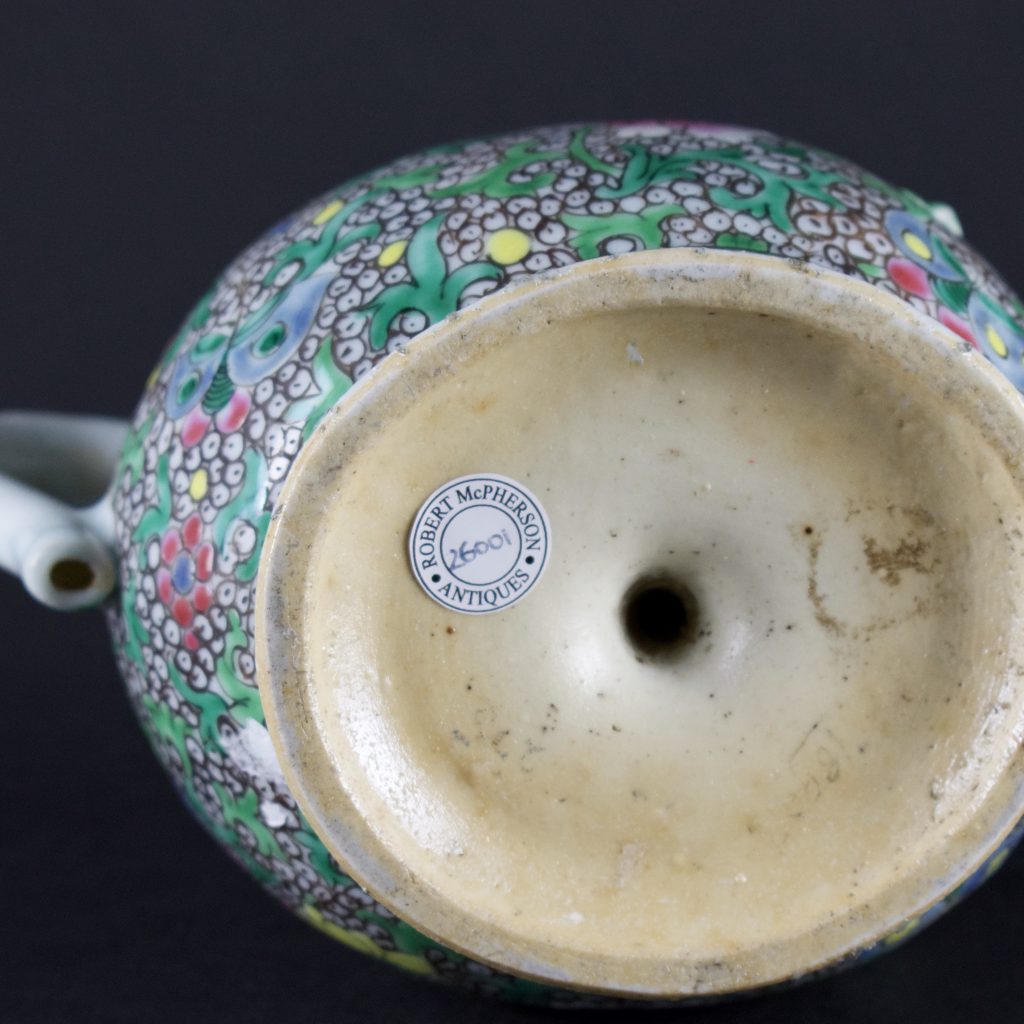 Cadogan Wine Ewers :
These peach form winepots were a Chinese novelty meant to be a puzzling curiosity to a gathering of people who were sharing the wine. It appears there is no way to fill the ewer as there is no aperture on top, it seams impossible to fill it from the hole beneath as it would run straight out. So how was it filled ? There is a funnel in the base, so when the pot is righted the liquid stays inside. The later name, Cadogan, refers to teapots made in Europe, as well as the original Chinese wine. It is said that William Cadogan, 1st Earl Cadogan (1675 – 1726), was the first person to own a Chinese winepot of this shape, hence the name. In England the Cadogan teapot was particularly popular in the second quarter of the 19th century.

Other Examples of the Cadogan Form 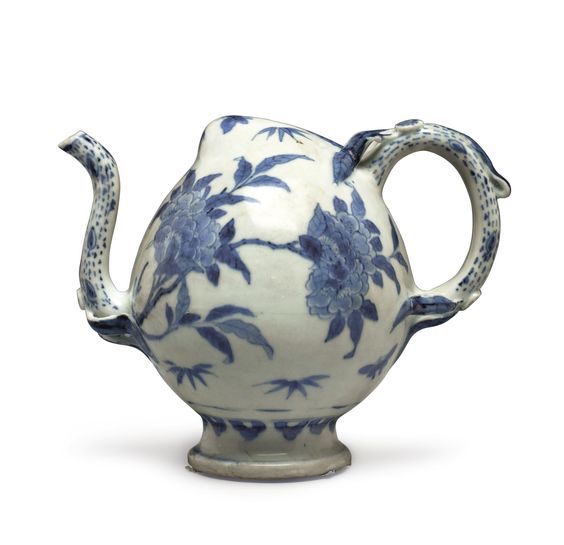 An Early Example of a 'Cadogan Teapot' from the Hatcher Cargo of c.1643. 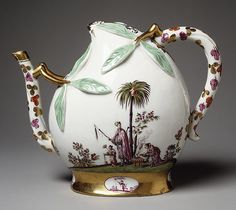