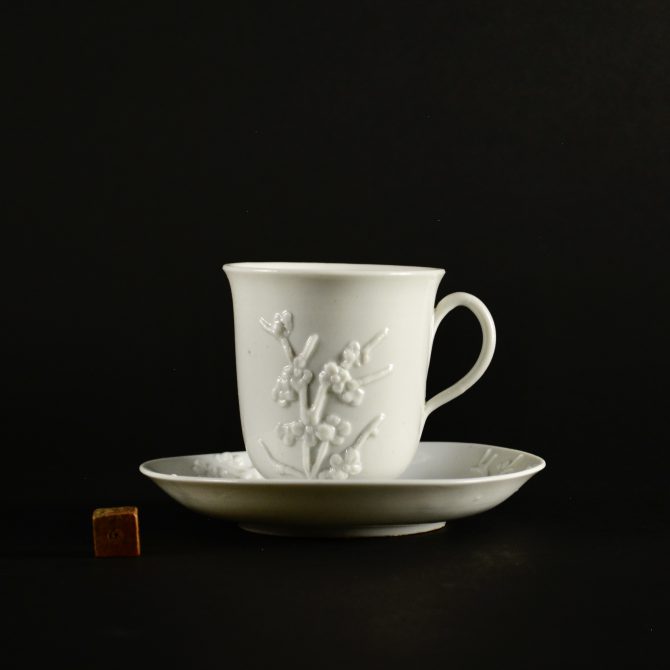 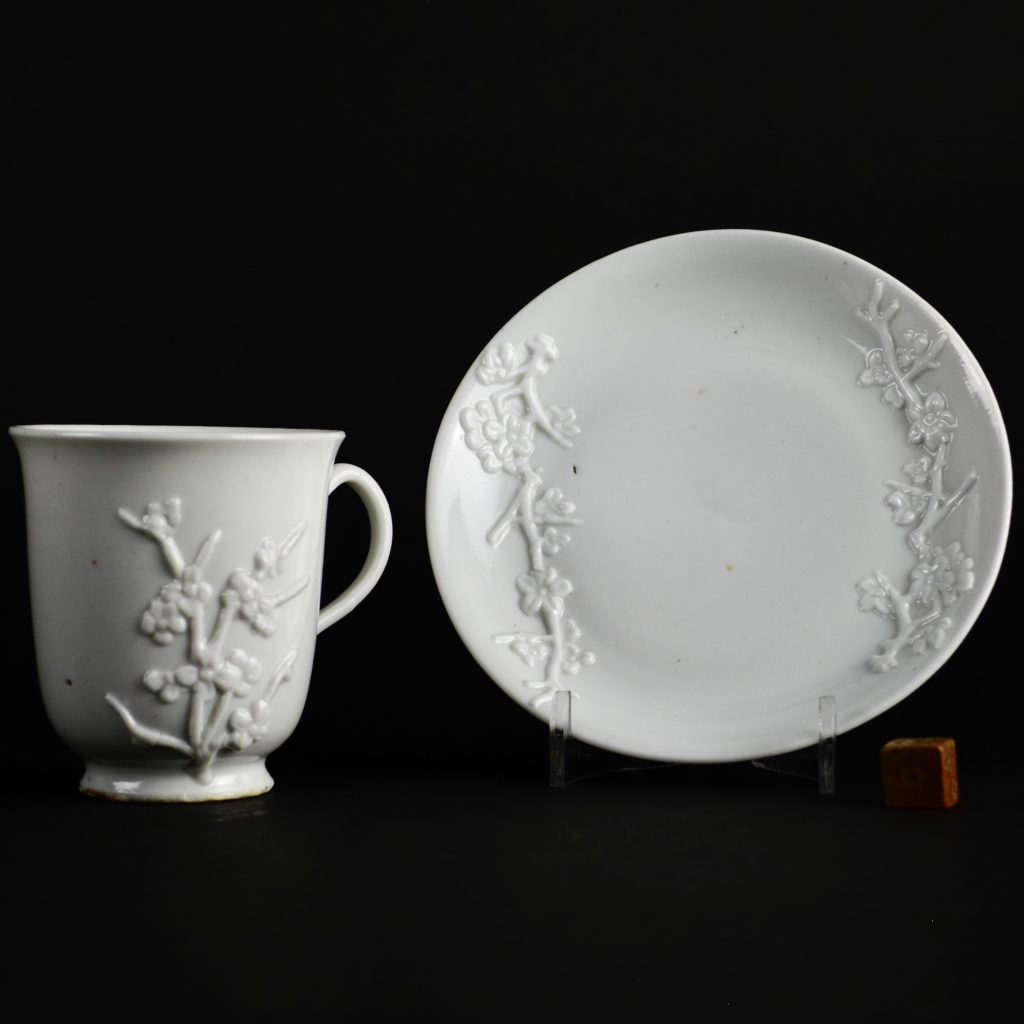 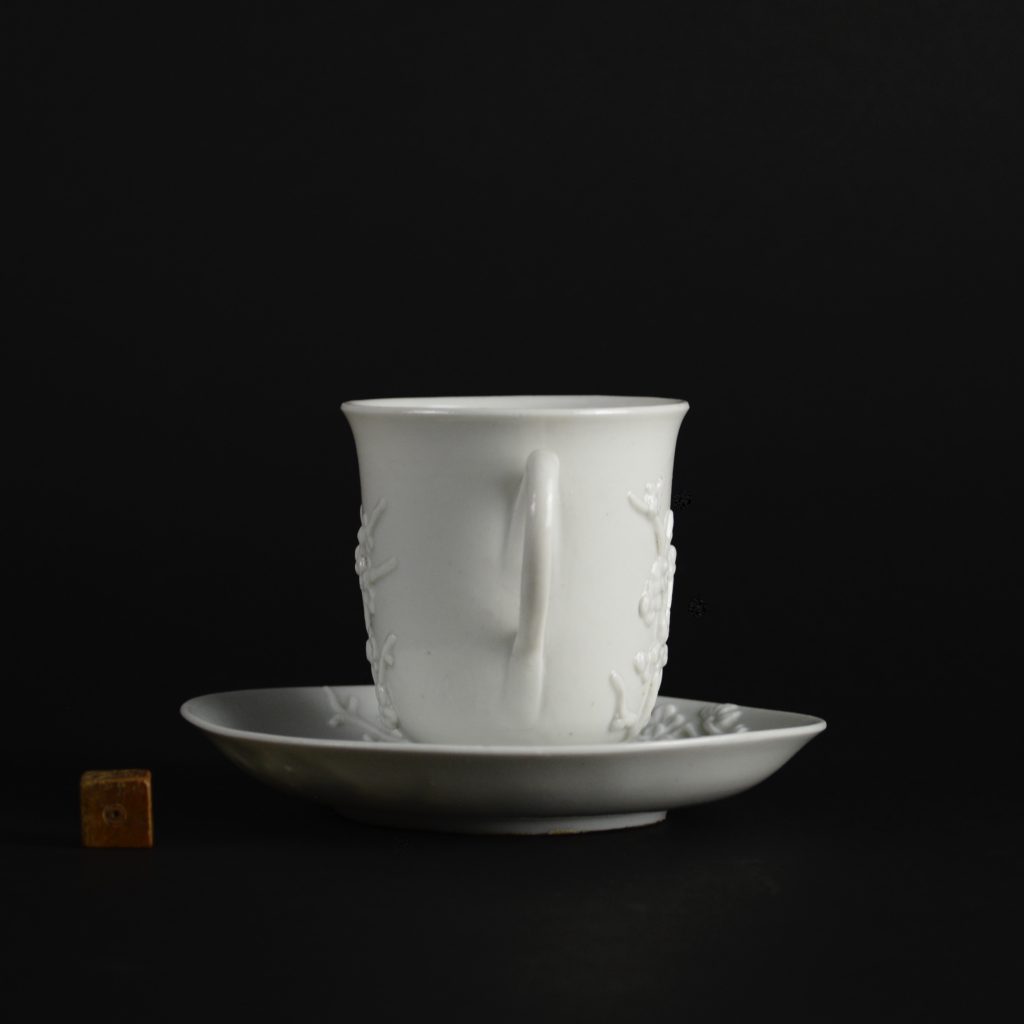 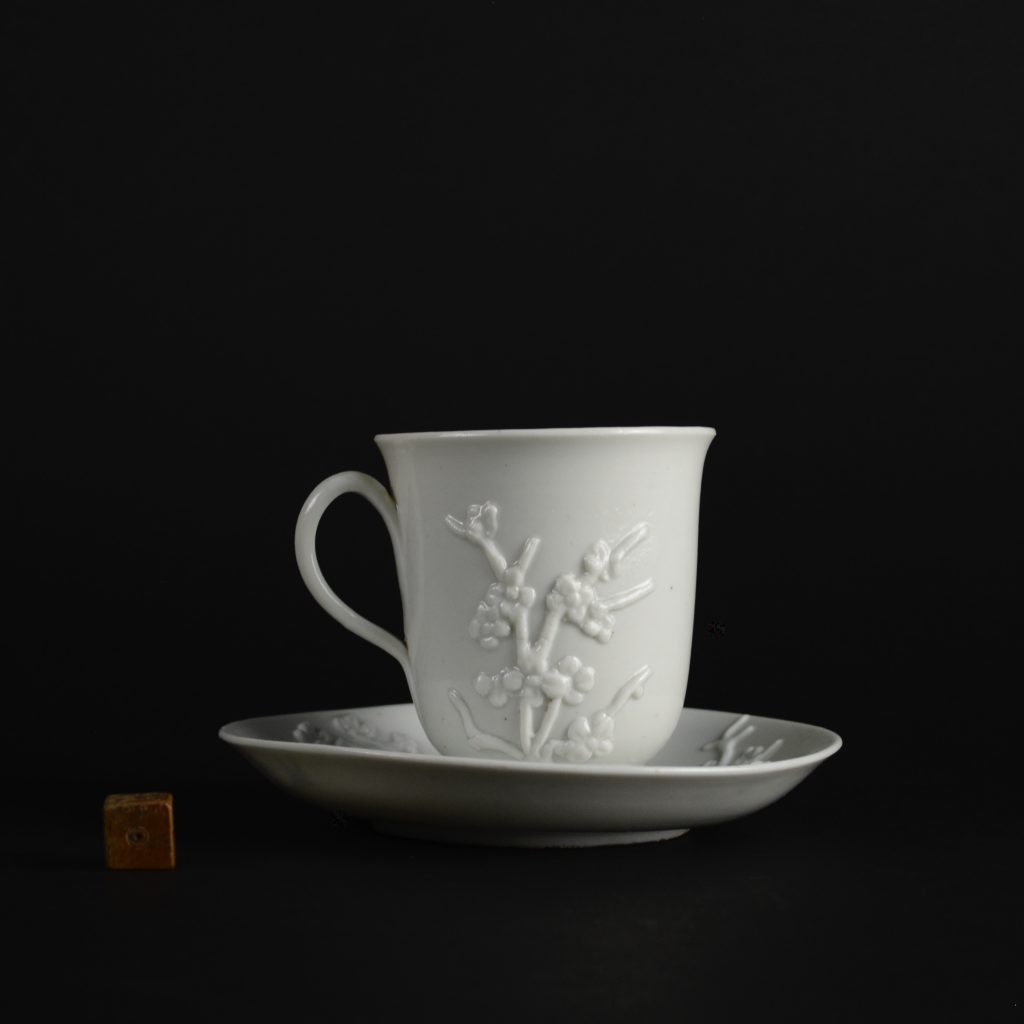 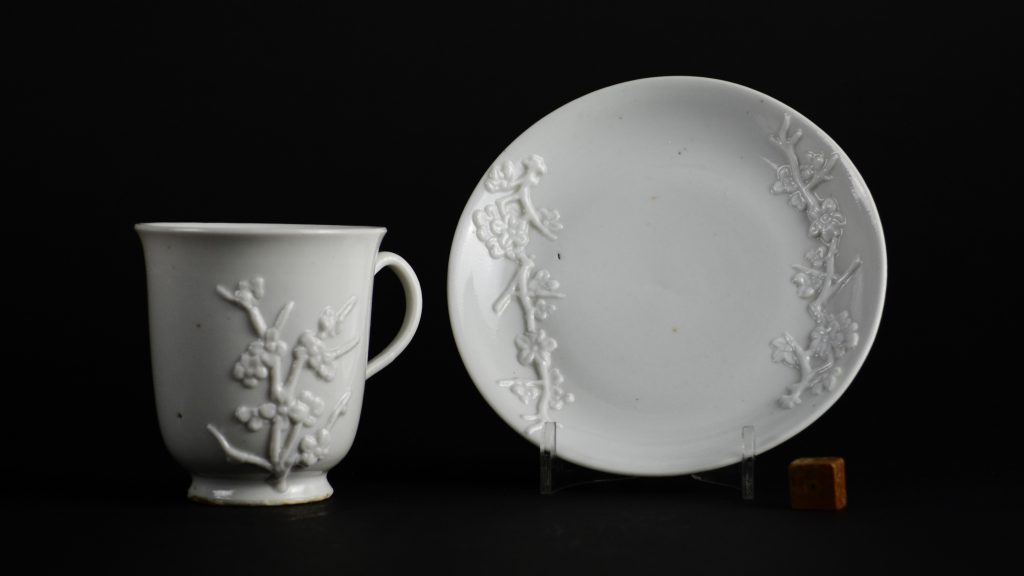 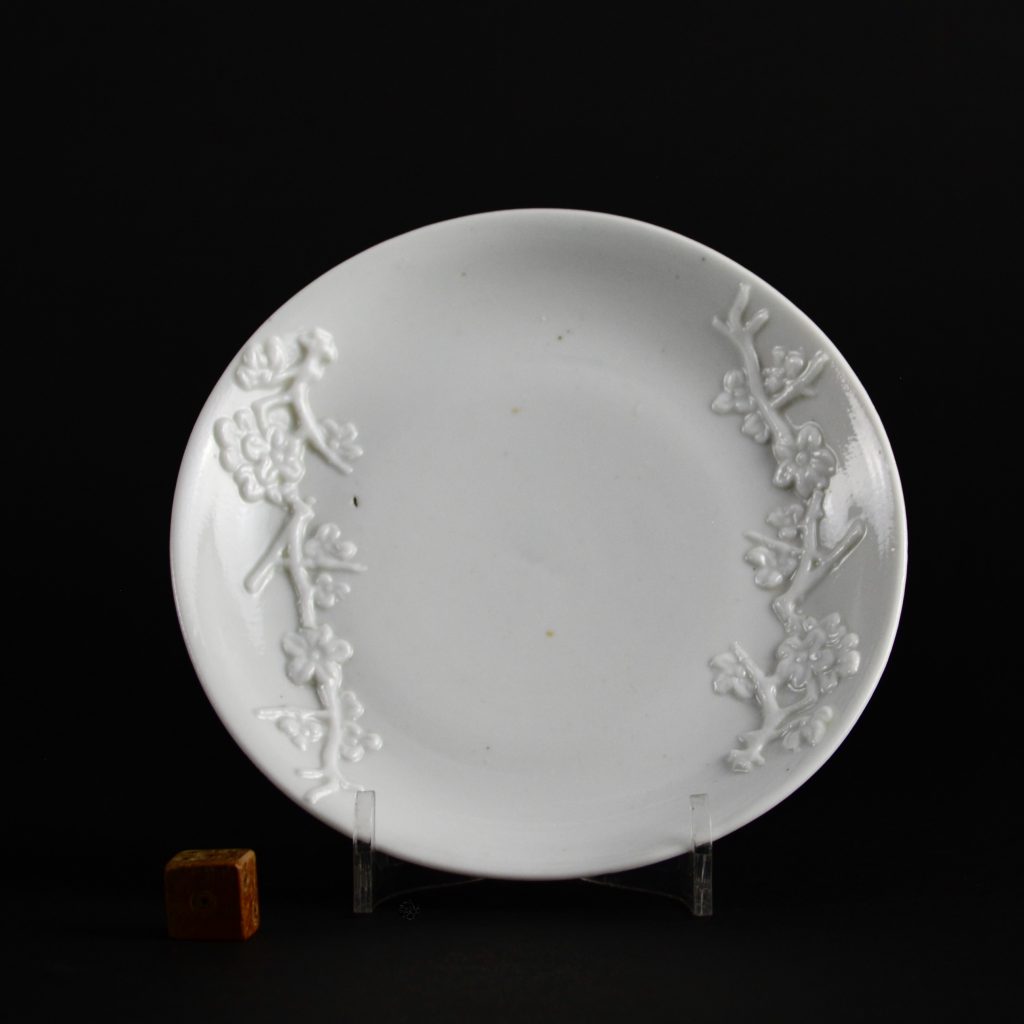 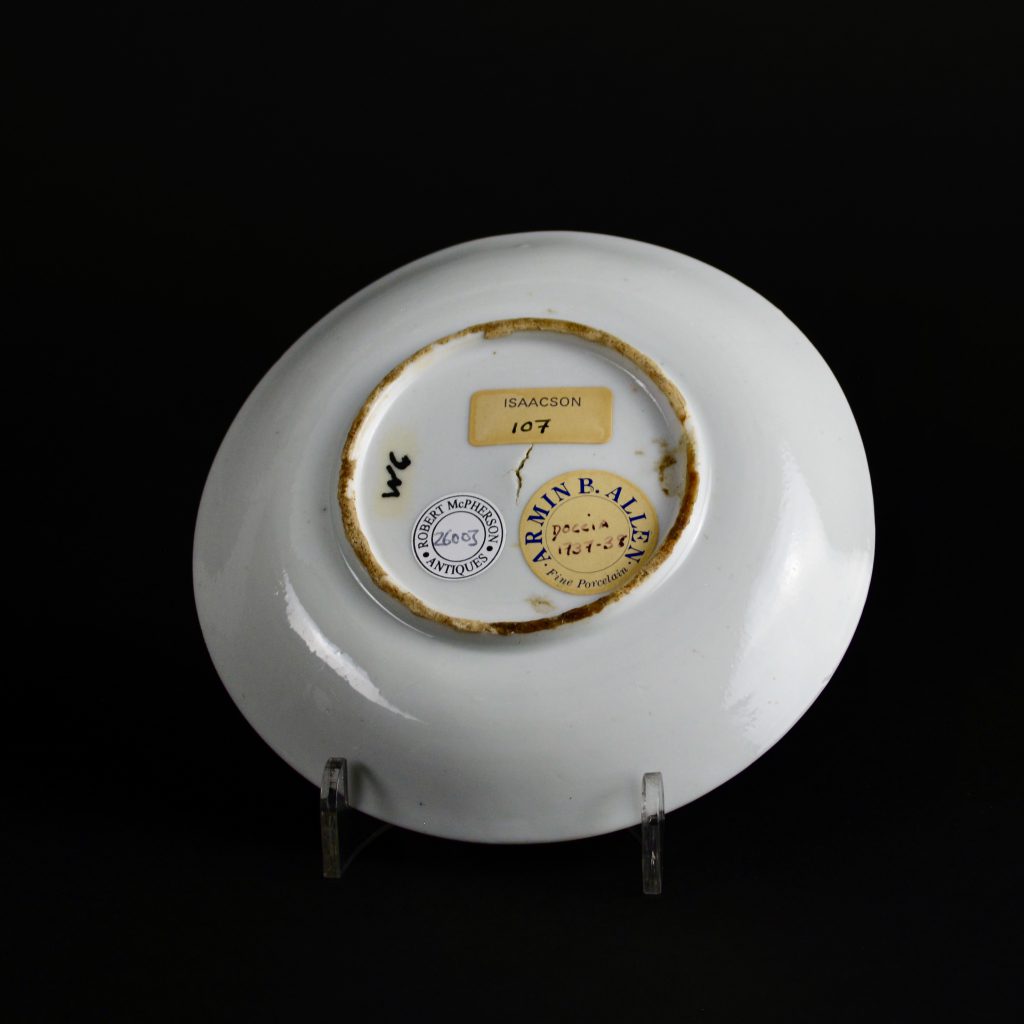 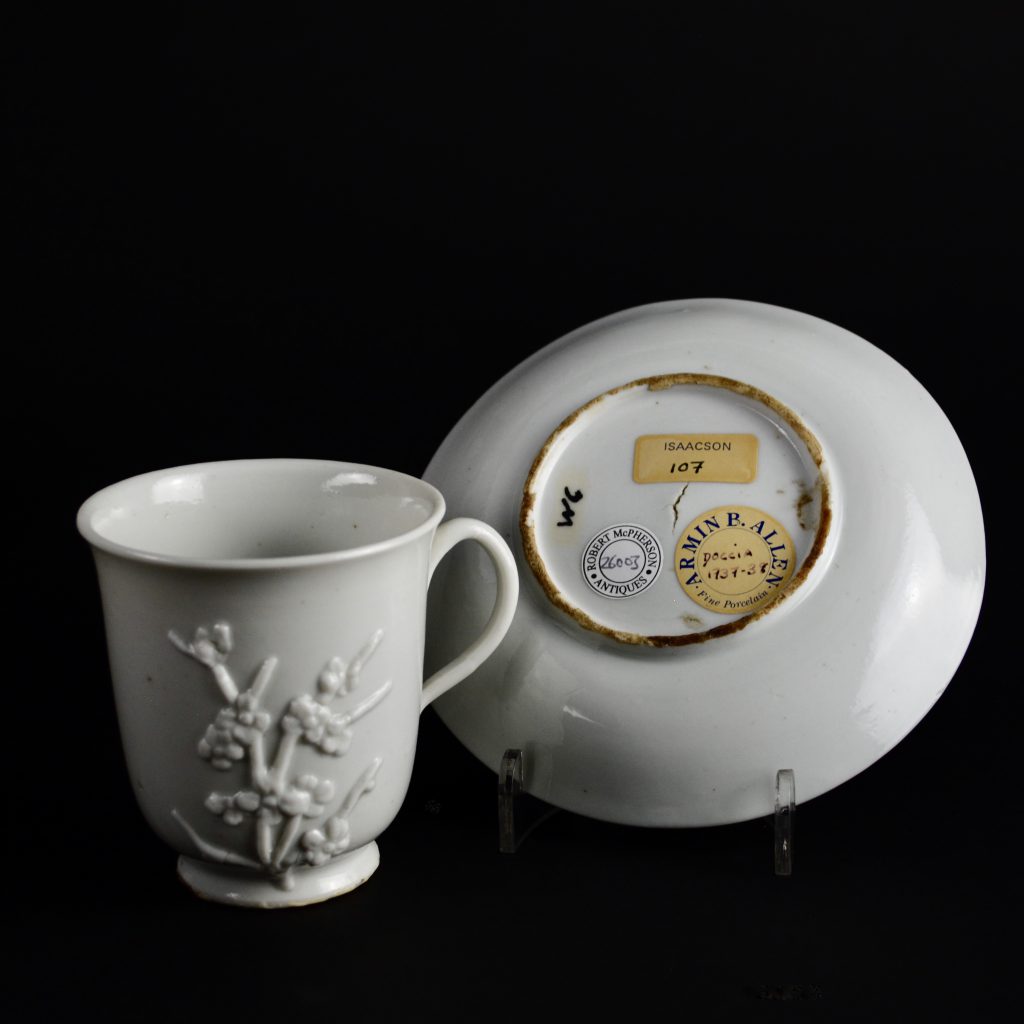 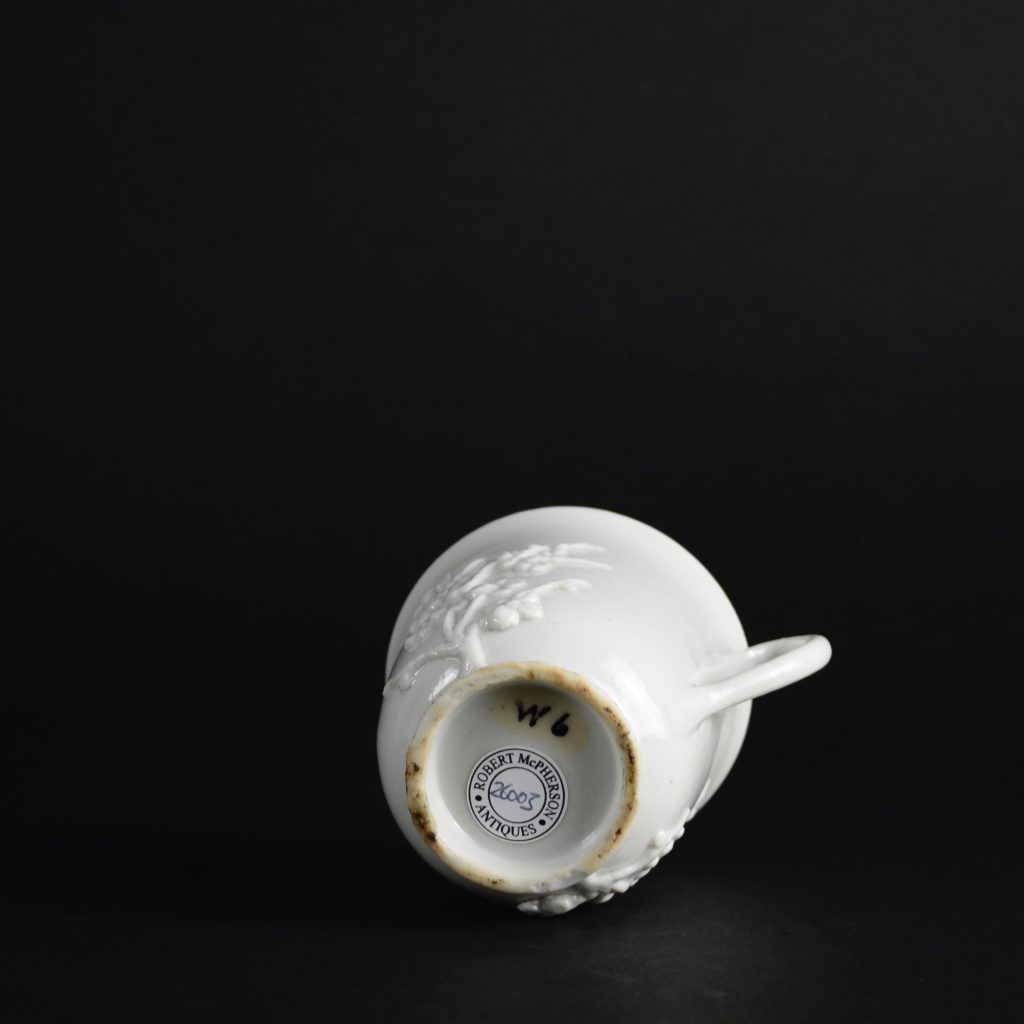 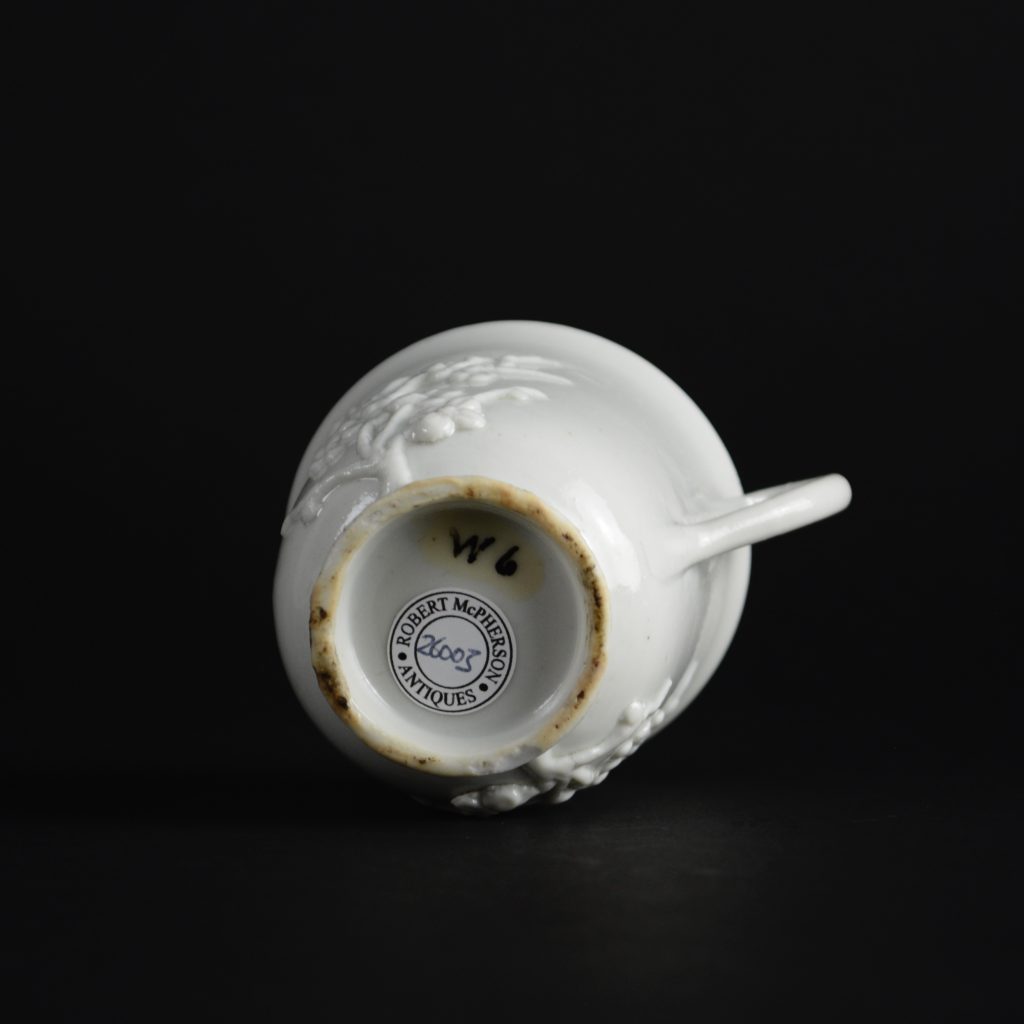 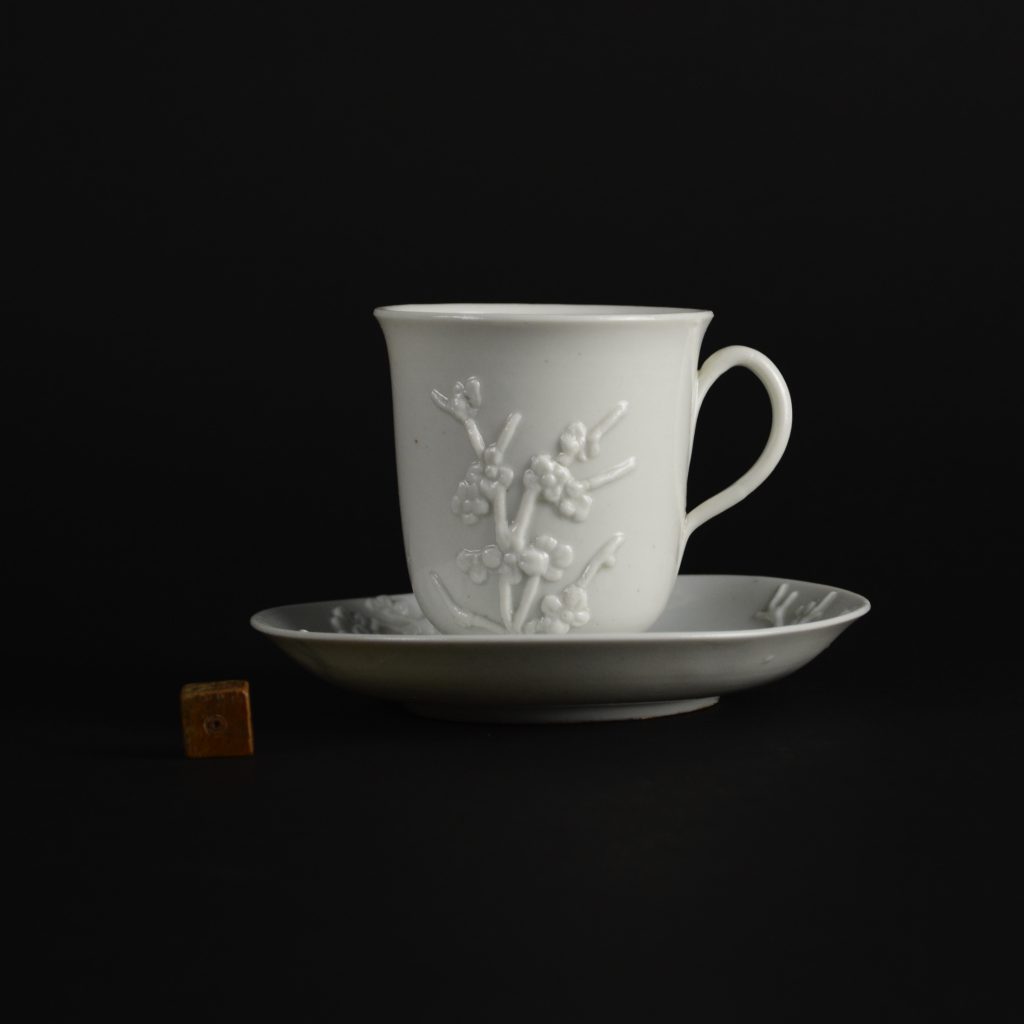 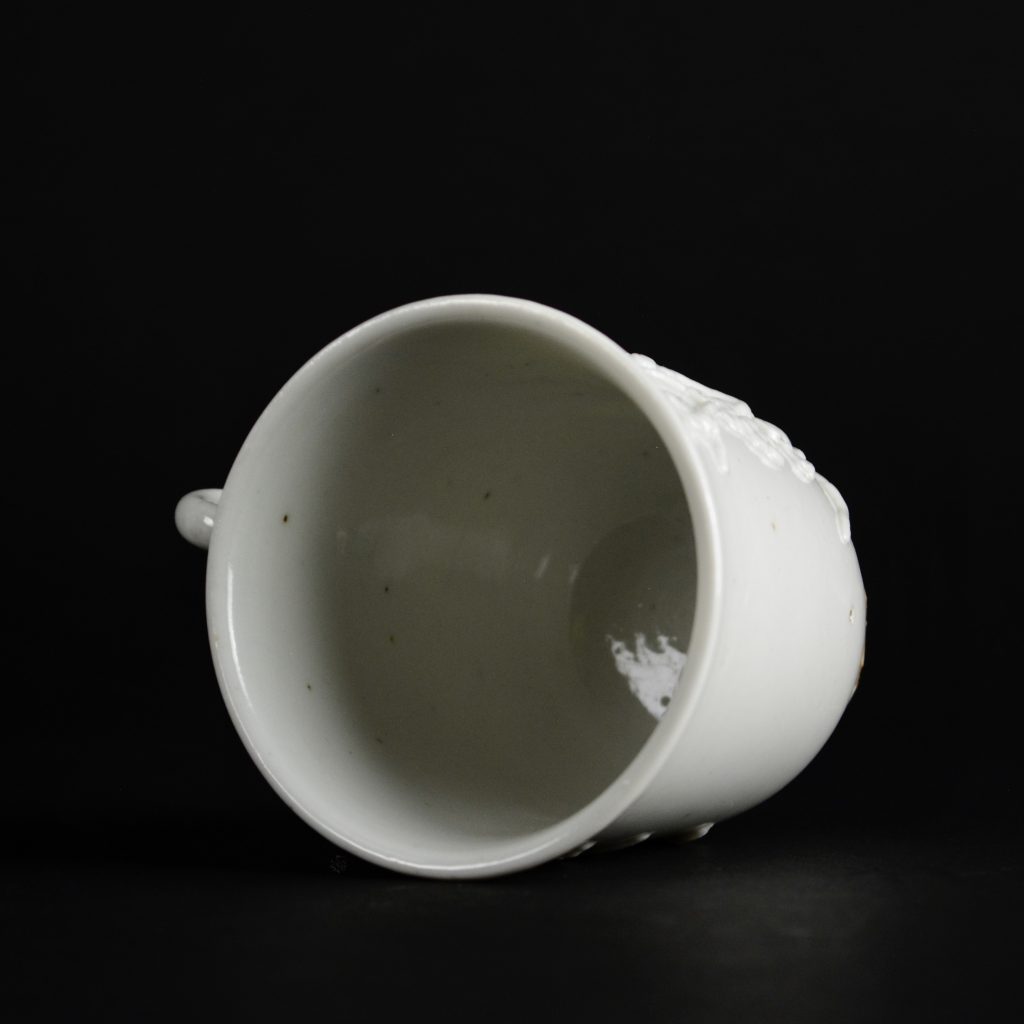 A Chinese Blanc de Chine Cup Adapted for use in Europe.

Doccia Porcelain :
The Doccia Porcelain factory was located at Doccia near Florence, it was started by Marchese Carlo Ginori (1702–1757), who was a gifted and enlightened politician. He reclaimed the marshes of cecina on the Tuscan coast for use in agriculture and even introduced goldfish from China to the Austrian court. But his great passion was for porcelain, his factory at Doccia started in 1735, although the early period was experimental. Commercial production didn`t start until the early 1740`s, the factory is still in production today. Carlo Ginori shared Augustus the Strong`s love of large sculptural ceramics, wonderful large white porcelain figures and groups were produced, but the factory`s main output was functional porcelain, tea and coffee services as well as dinner services, fork and knife handles, vases, bottle coolers and many other objects. The Doccia factory sometimes used a hybrid hard-paste, the so-called masso bastardo. The paste is somewhat grey, frequently showing `firing cracks`. The lead-glaze that was used in the 18th century is also rather grey, sometimes this greyness can be quite pronounced, the tin-oxide glaze can sometimes have an orange-peel effect caused but tiny burst bubbles, this gives a slightly dull appearance. Towards the later part of the 18th century a fine cold white paste was developed for finer quality pieces. The Doccia factory is especially important for the introduced a new technique called Stampino in the 1740`s, this is the earliest attempt at mechanical decoration on European porcelain, the technique involves a type of stencilling in blue and white.