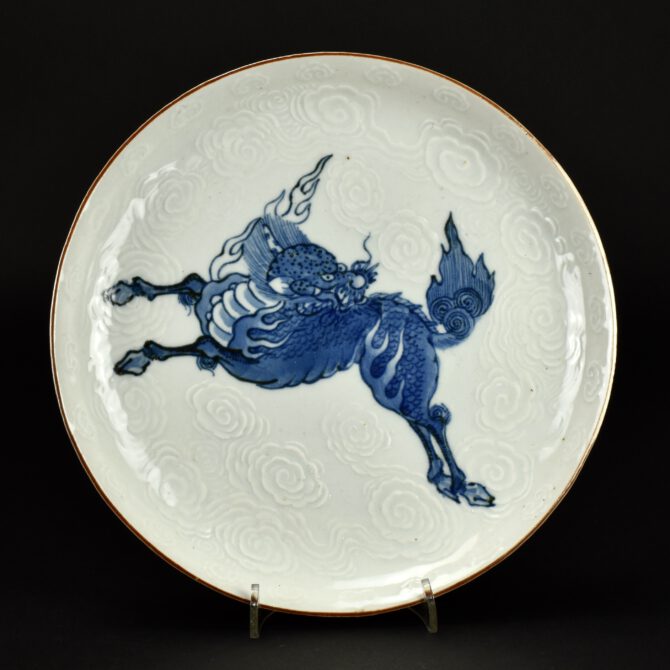 A Fine 18th Century Japanese Porcelain Dish with a Kirin

A Fine 18th Century Japanese Porcelain Dish with a Kirin (a mythical hooved chimerical type creature), Arita or possibly Kakiemon kilns, c.1750-1770. This well made dish has a moulded cloud background, with a flying Kirin painted to the reserve center, and in part overlapping the dramatic swirling clouds. There is a small moulded border of ruyi fungus. The back of the dish is left plain, it has five spur-marks to the center. This is not the sort of porcelain that I would have associated with the Kakiemon kilns. However, Menno Fitski in his excellent book ; Kakiemon Porcelain, A Handbook (see References) shows a rather rough moulded dish of this type that matches a mould found at the Kakiemon kiln site. The example Menno Fitski shows, like the present example, has a brown rim. 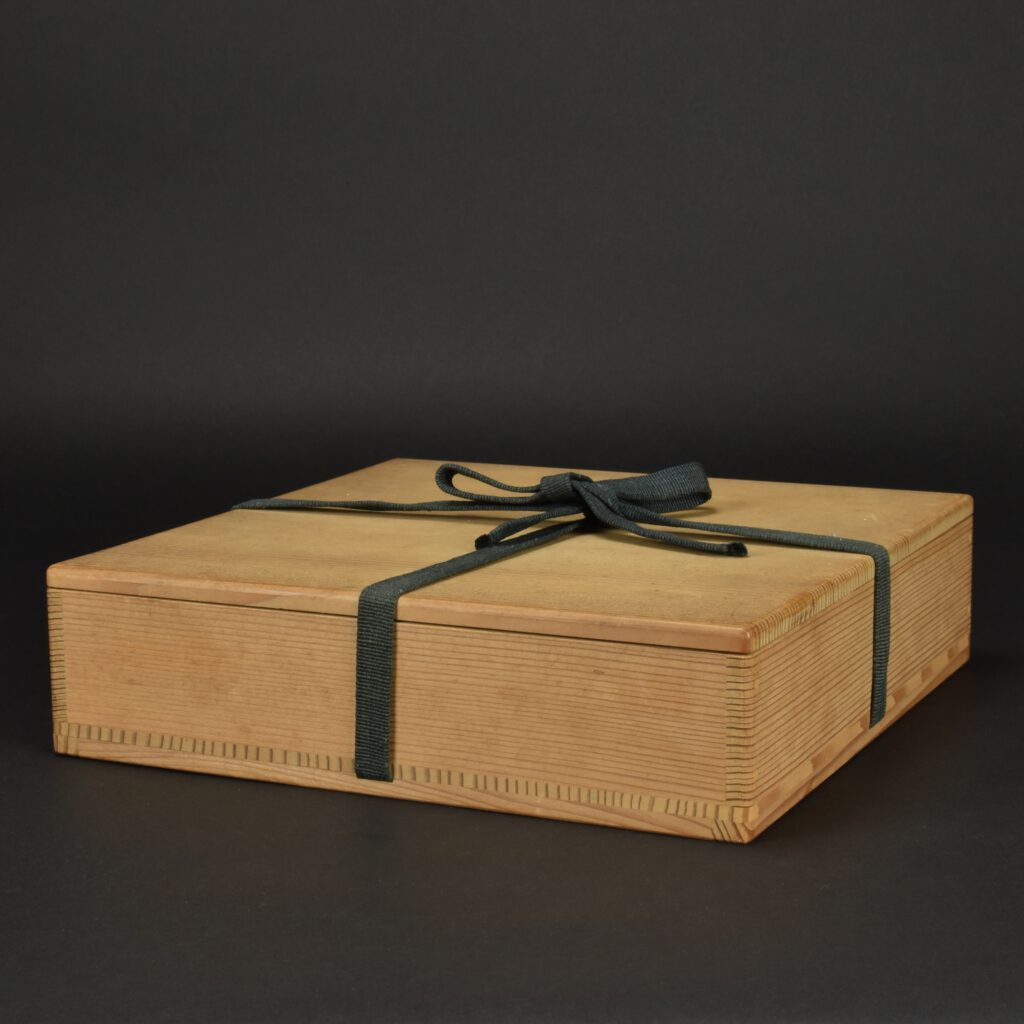 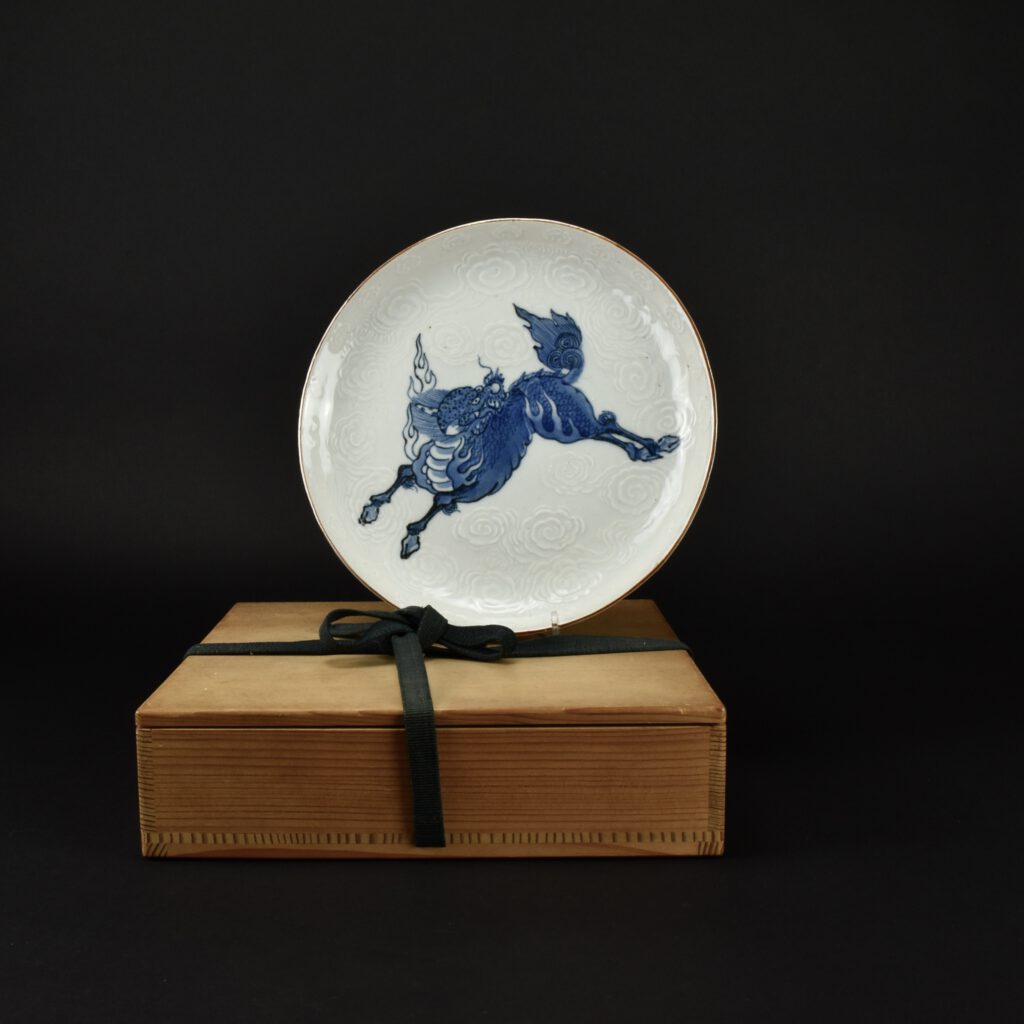 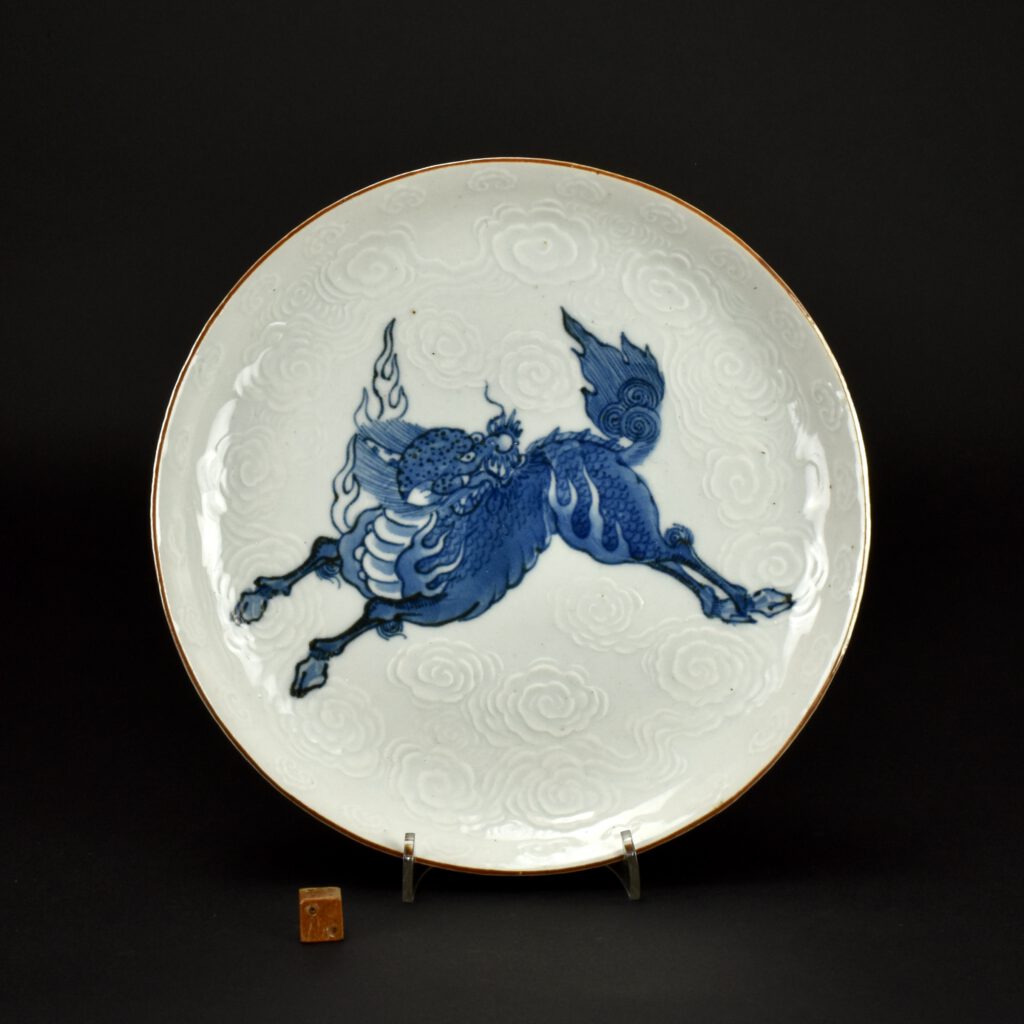 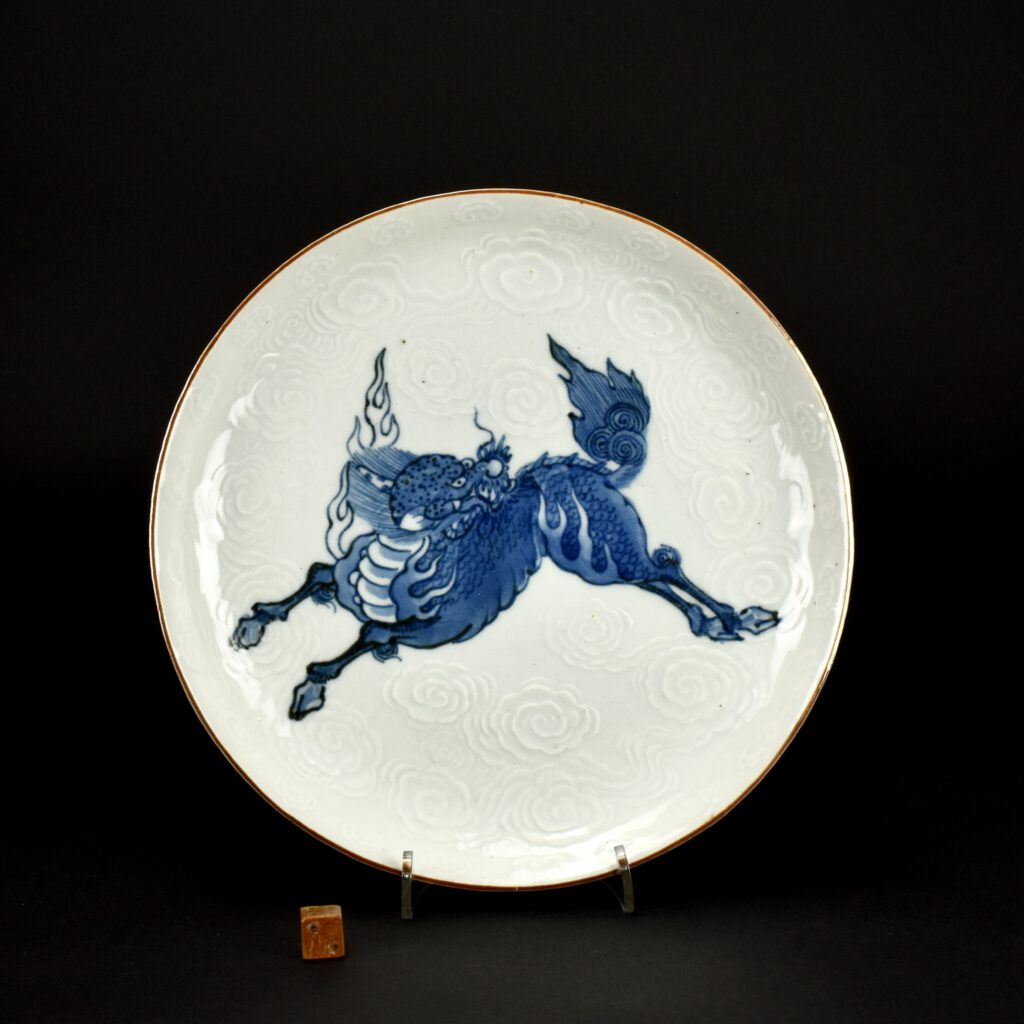 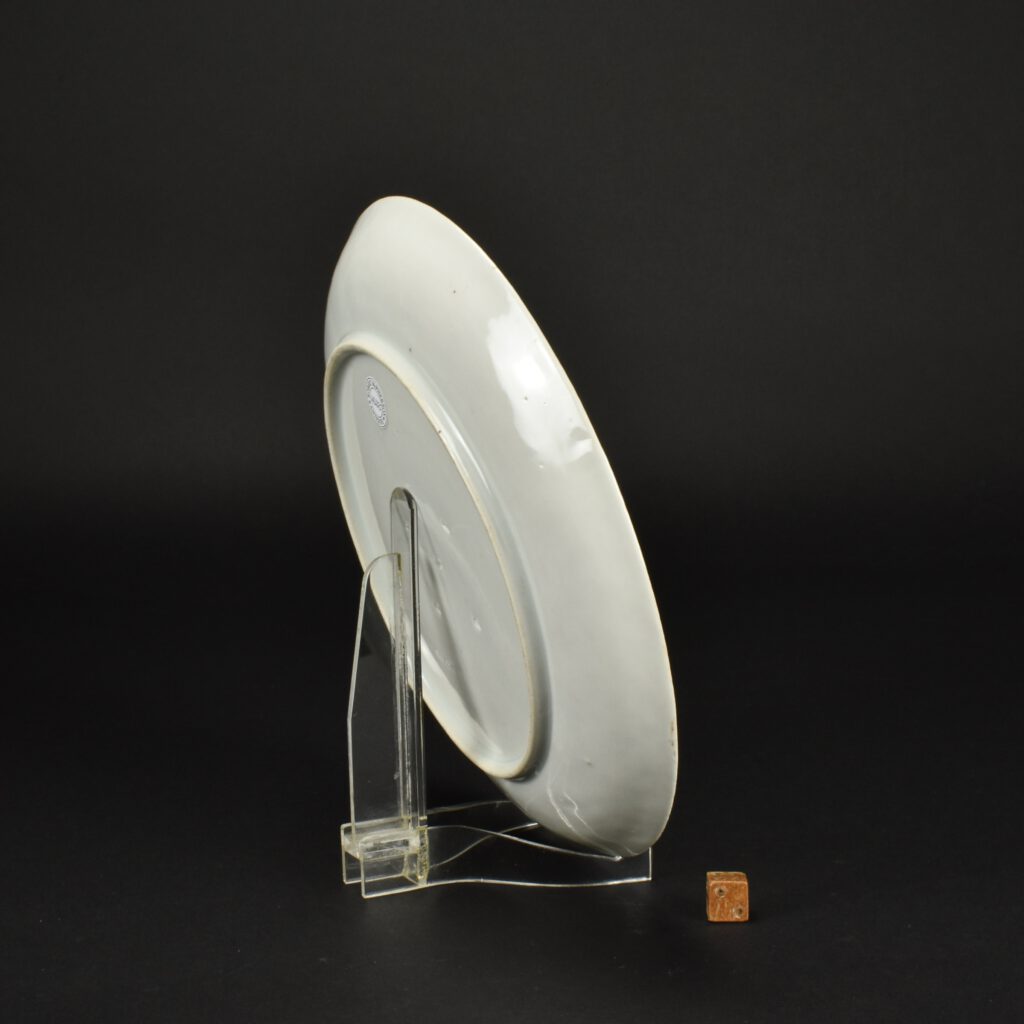 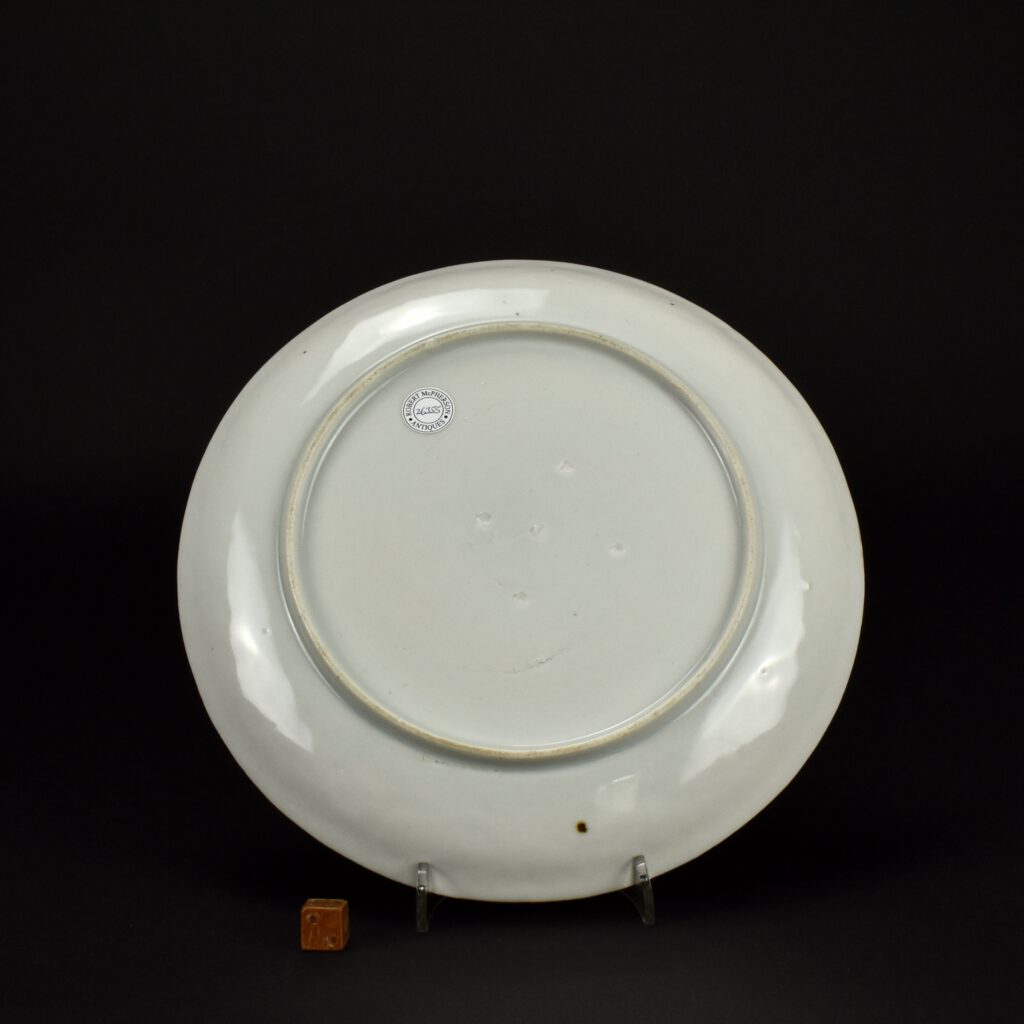 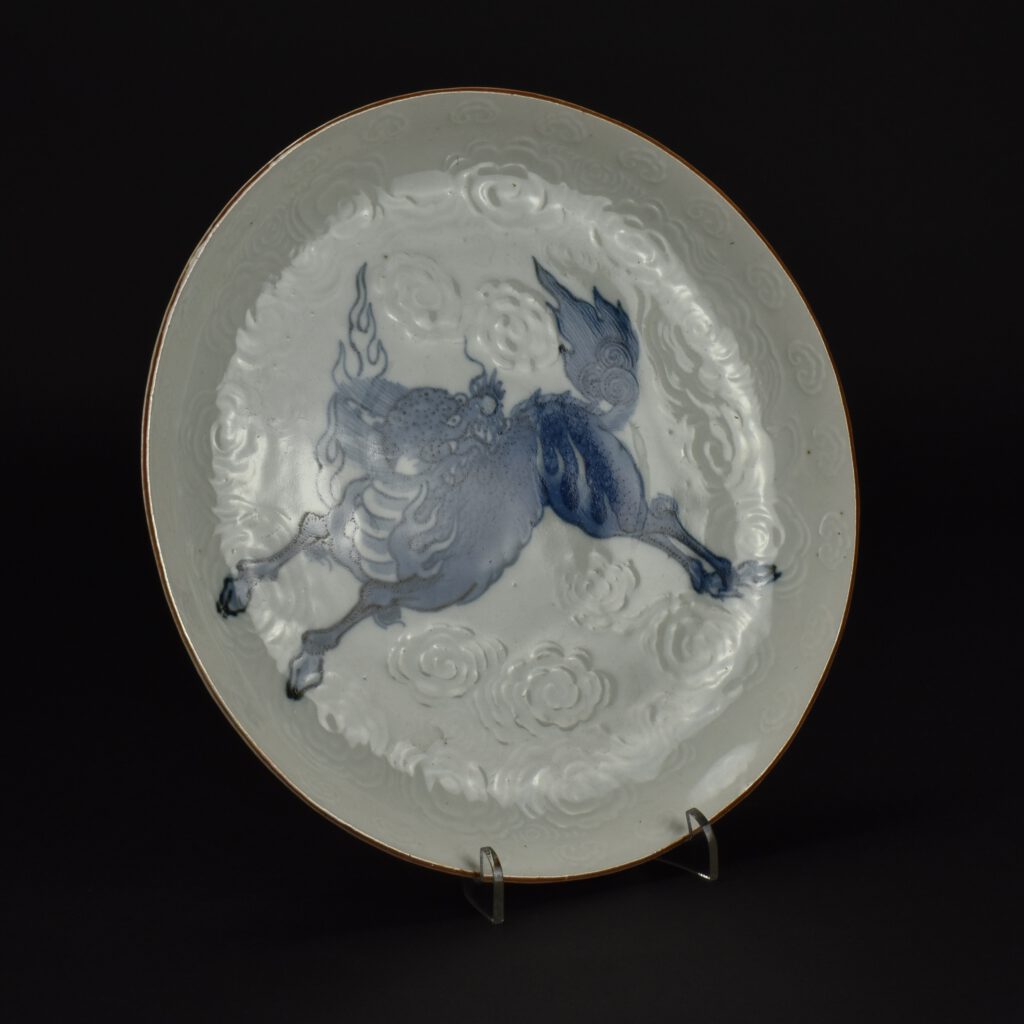 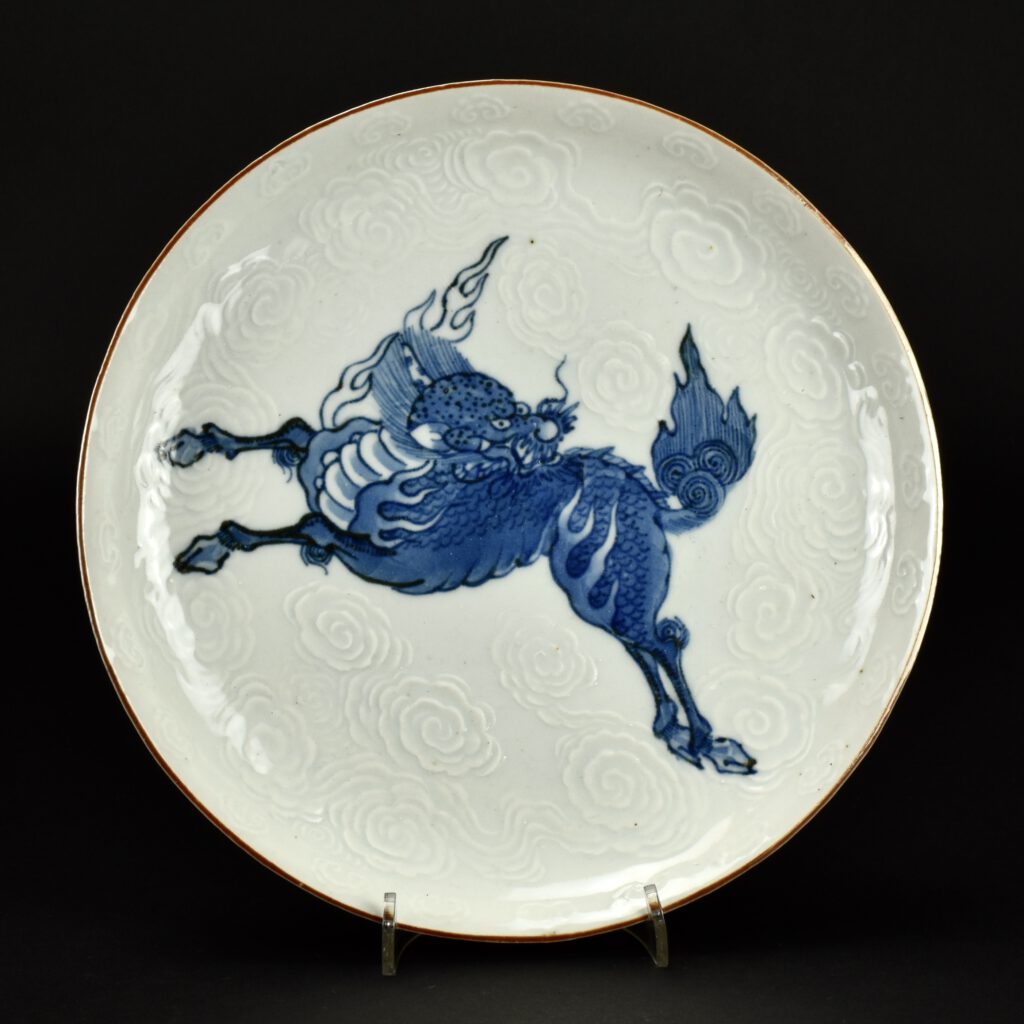 A Qilin (Kylin) is a mythical hooved Chinese chimerical creature. Despite its fierce demeanour it is a good omen that brings Rui (roughly translated as `serenity` or `prosperity`), longevity, illustrious offspring and wise administration. The scaly body has a dragons head, hooves and can appear to have fire issuing from its body. The male Qilin is called a Qi and the female a Lin. The male often has horns. These creatures carefully tread to avoid all living insects or destroy grass under foot, it is reputed to be able to walk on water as well as land. Qilin only appear to mankind when an emperor of the highest benevolence sits on the throne or when a sage is about to be born. There is a strong argument that the Qilin is a stylised representation of the giraffe. This is because the Qilin is referred to only since the Ming Dynasty. The time of its first reference correspond roughly with the voyages of Zheng He, there were seven voyages between 1405 and 1433 (Zheng He lived c.1371–1435). It is known that on Zheng He`s voyage to East Africa (landing, among other places, in modern-day Kenya), the fleet brought back two giraffes to Beijing. It is also known that these two giraffes were referred to as Qilins. The Emperor proclaimed the giraffes magical creatures, whose capture signalled the greatness of his power.