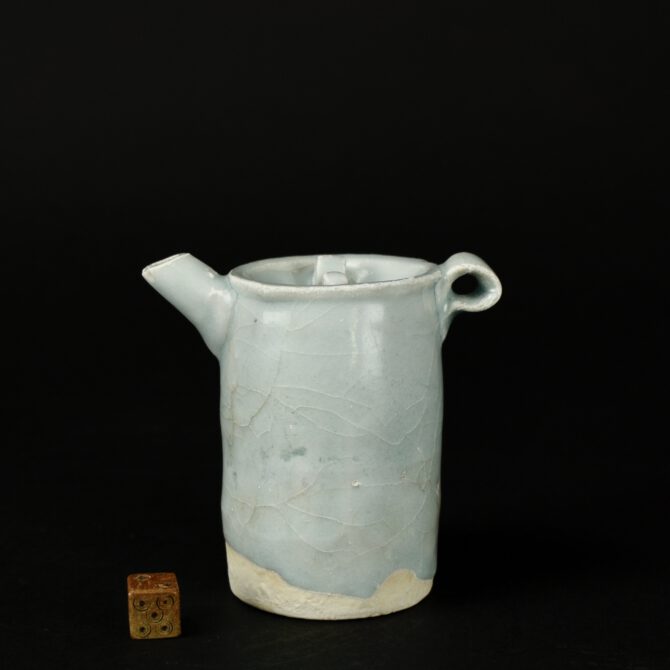 A Small Song Dynasty Qingbai Ewer, Probably Jingdezhen Kilns, 12th or 13th Century. This Song Qingbai ewer is of an unusual shape and size. The cylindrical form has a diminutive loop handle and within the sunken top it has two loops, one either side of the aperture. Perhaps the loops were used for suspension. The earliest known qingbai wares were produced in Jingdezhen in Jiangxi province around the late 10th century and are characterised by faint pale-blue glazes on low, wide forms. Qingbai continued to be enormously popular and highly produced throughout the Song dynasty (960-1279) and was prevalent in the Yuan dynasty (1279-1368), but slackened during the Ming dynasty (1368-1644) until being replaced by tianbai, ‘sweet white’ ware. The initial forms of qingbai were simple bowls and dishes, but by the mid-Northern Song the forms had advanced to include a wide variety of objects used for daily life such as ewers, boxes, incense burners, granary models, vases, jars, sculptures, cups, cupstands, water droppers, lamps, grave wares, and tools for writing and painting. The precedent for the majority of these forms is found in earlier metalwork and lacquer and the imitation of silver was the primary force behind the production of white wares, including qingbai. 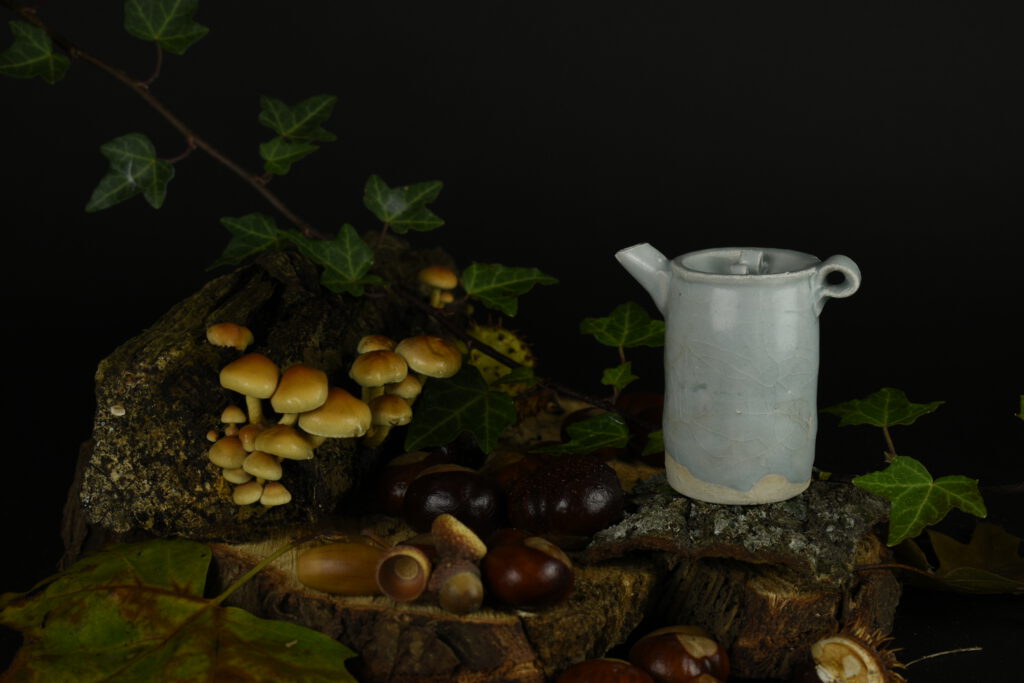 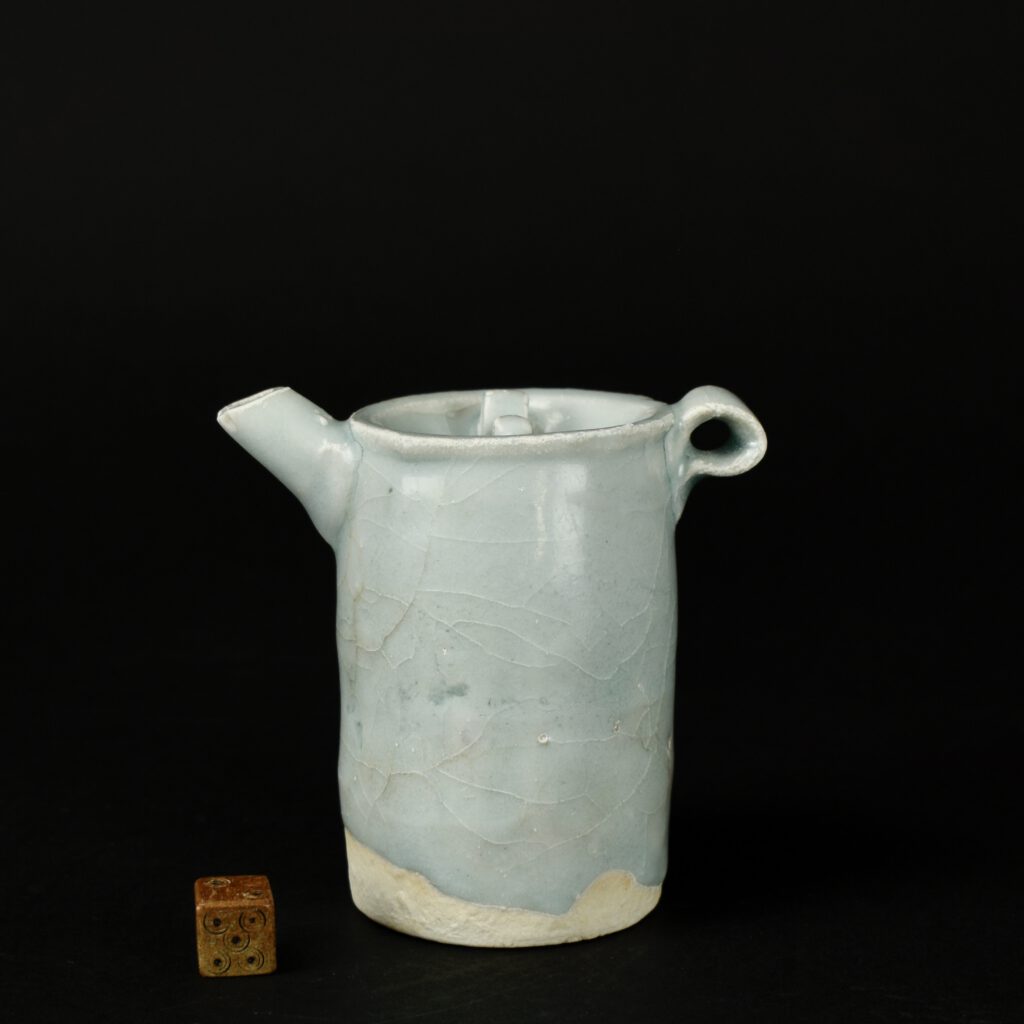 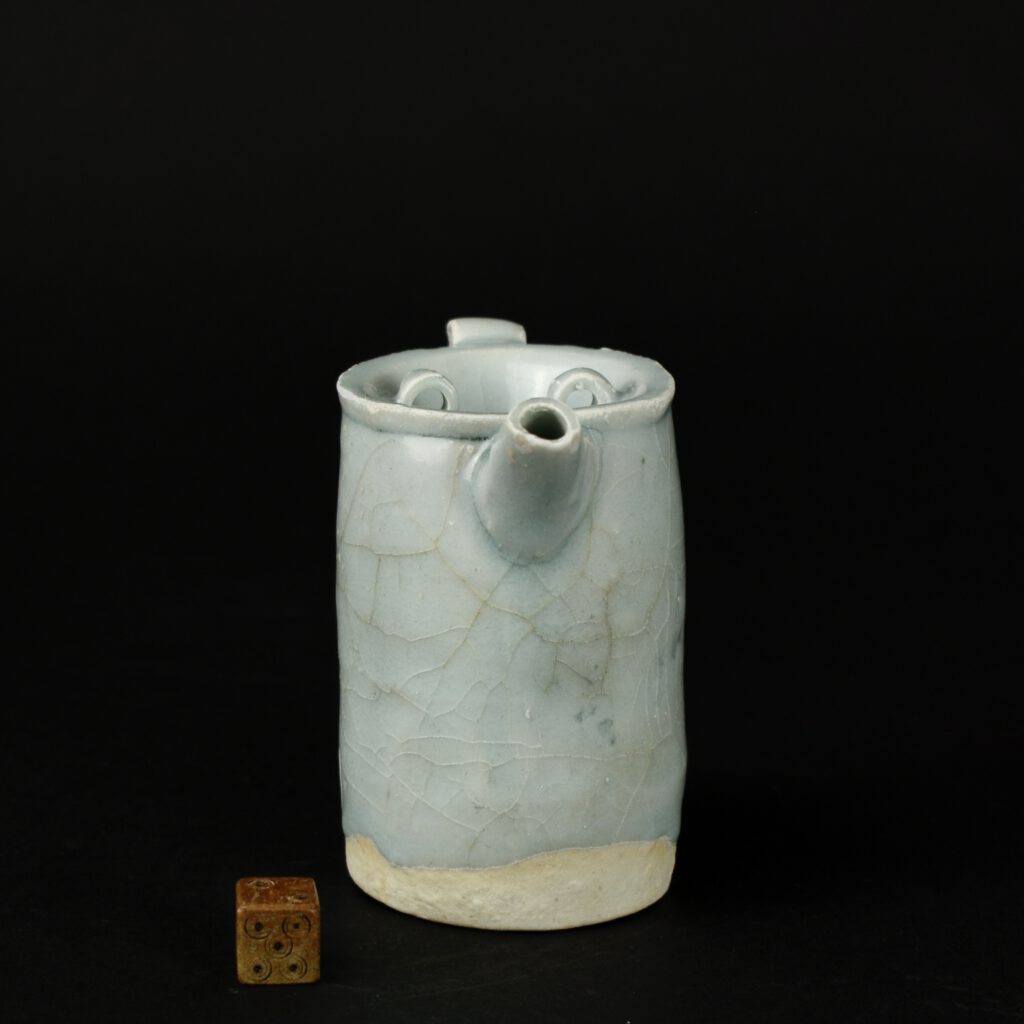 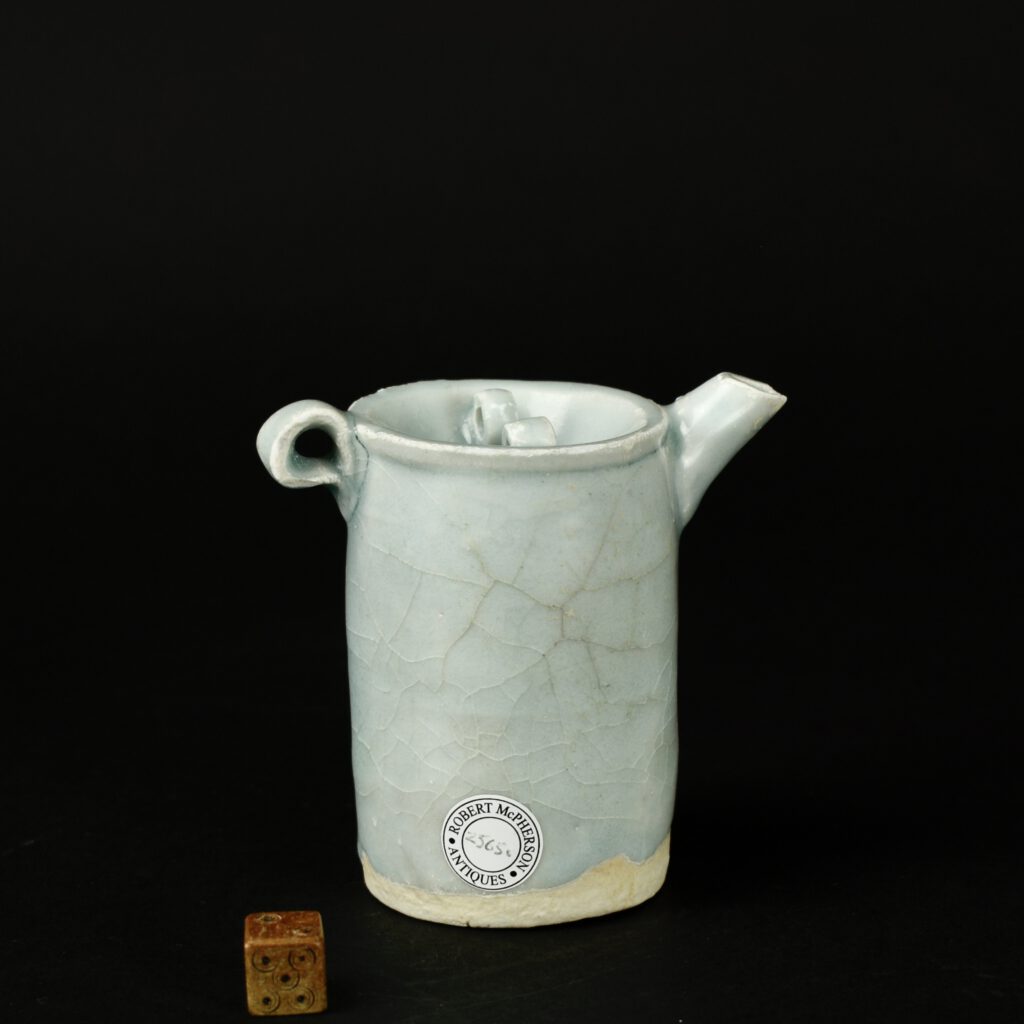 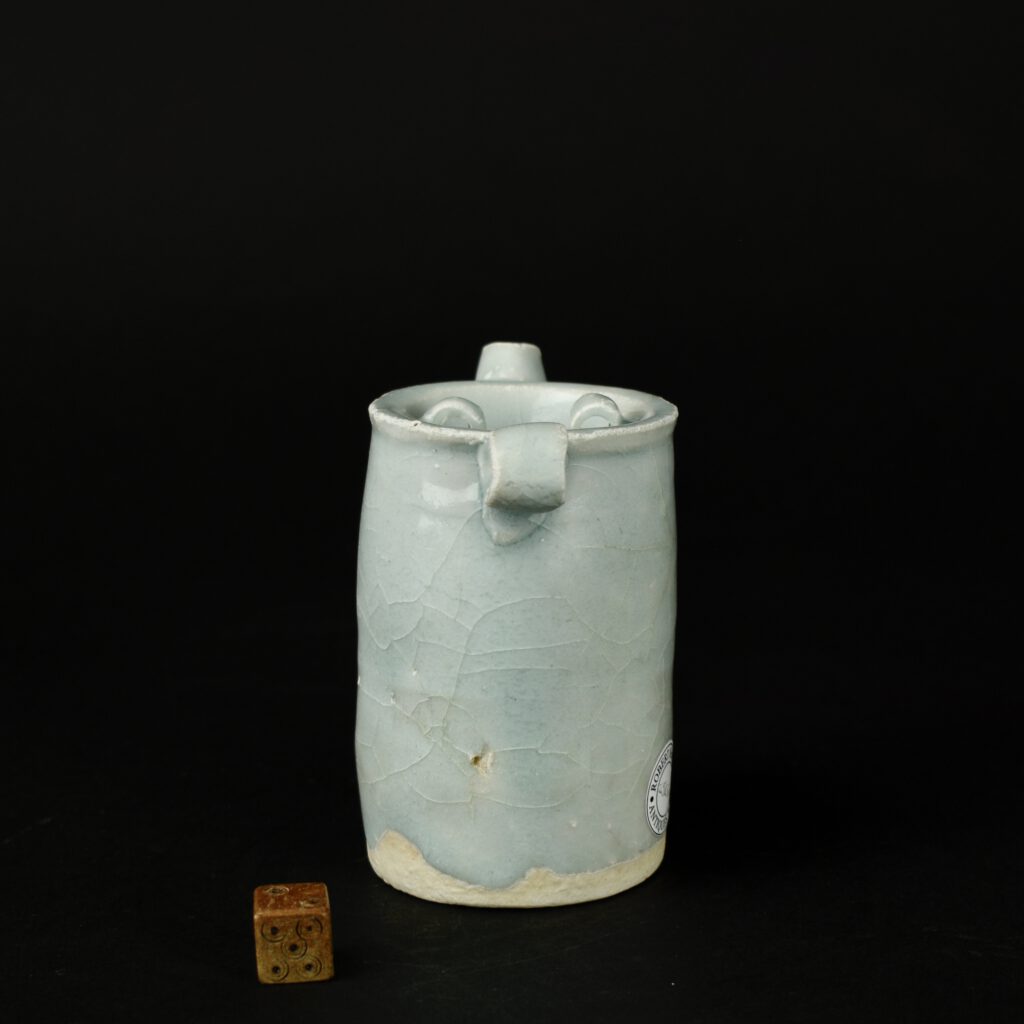 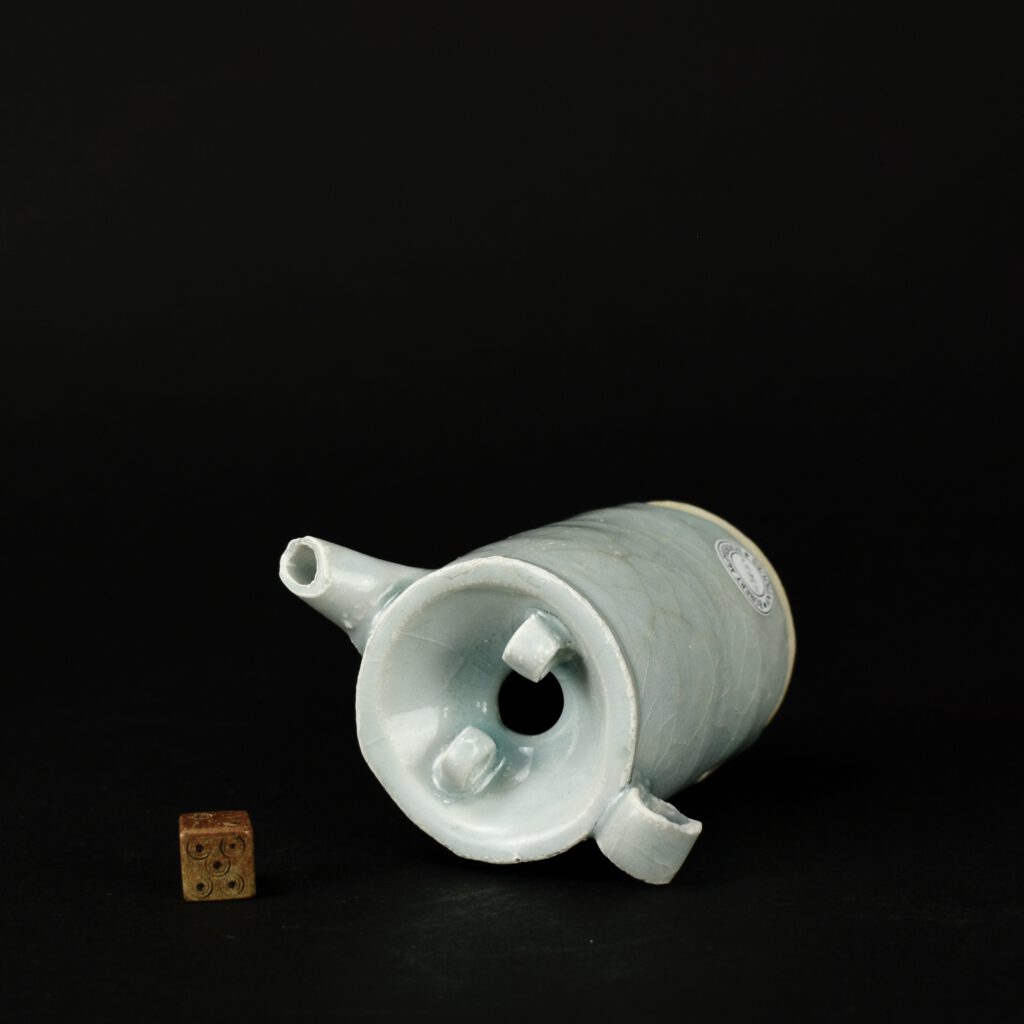 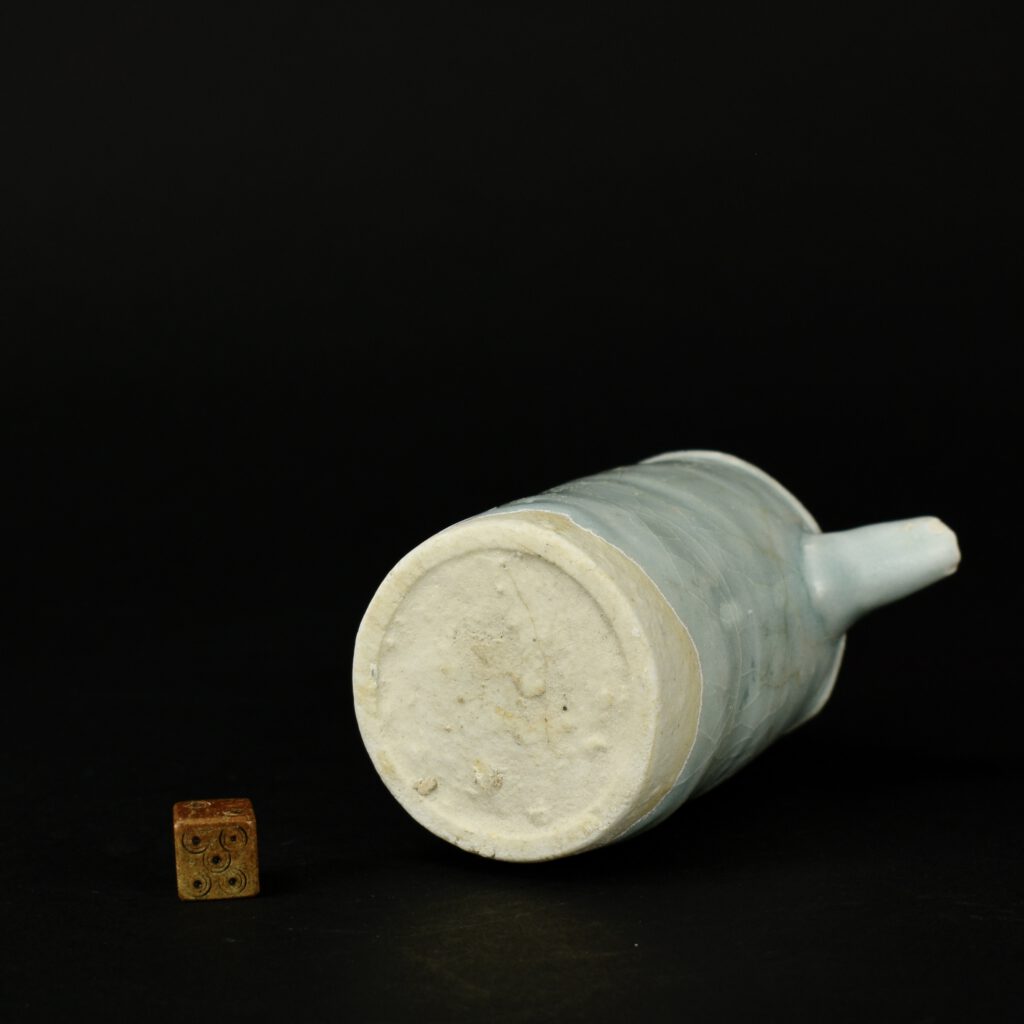 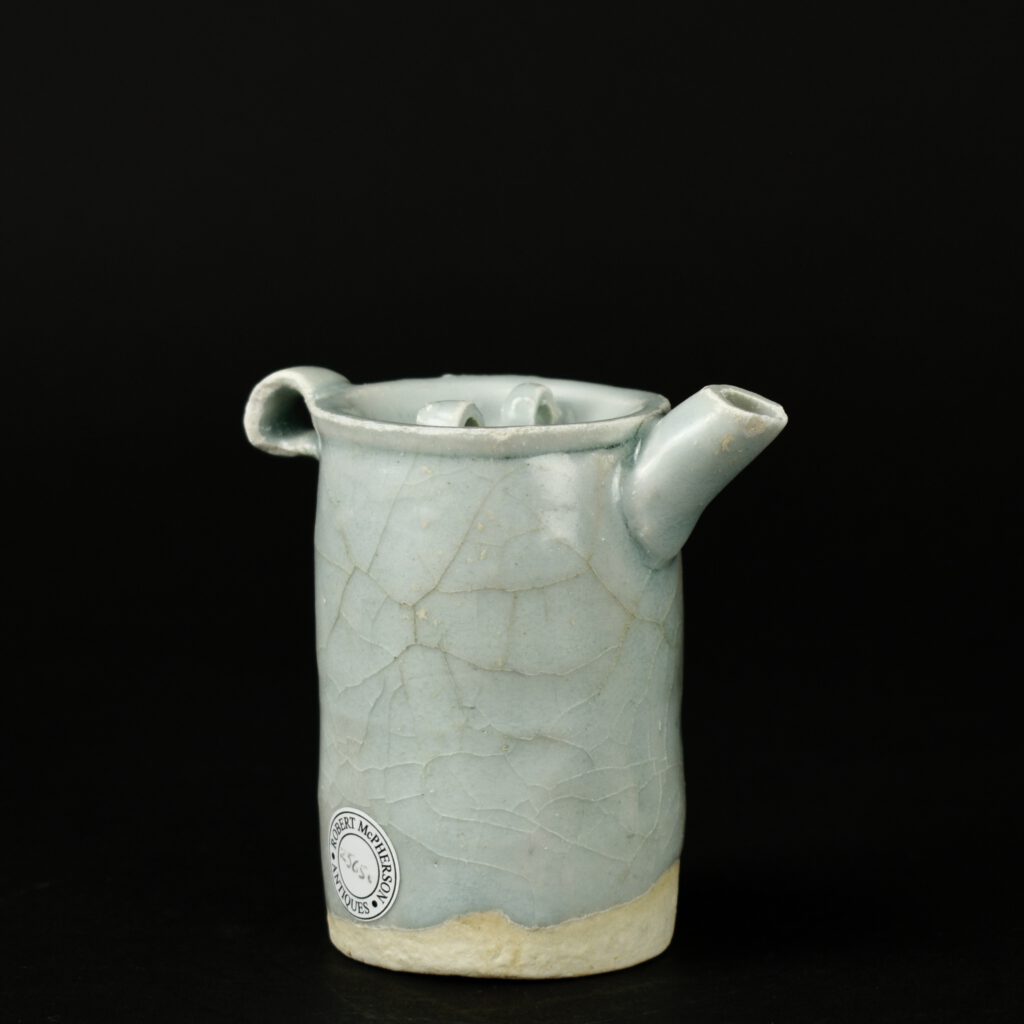 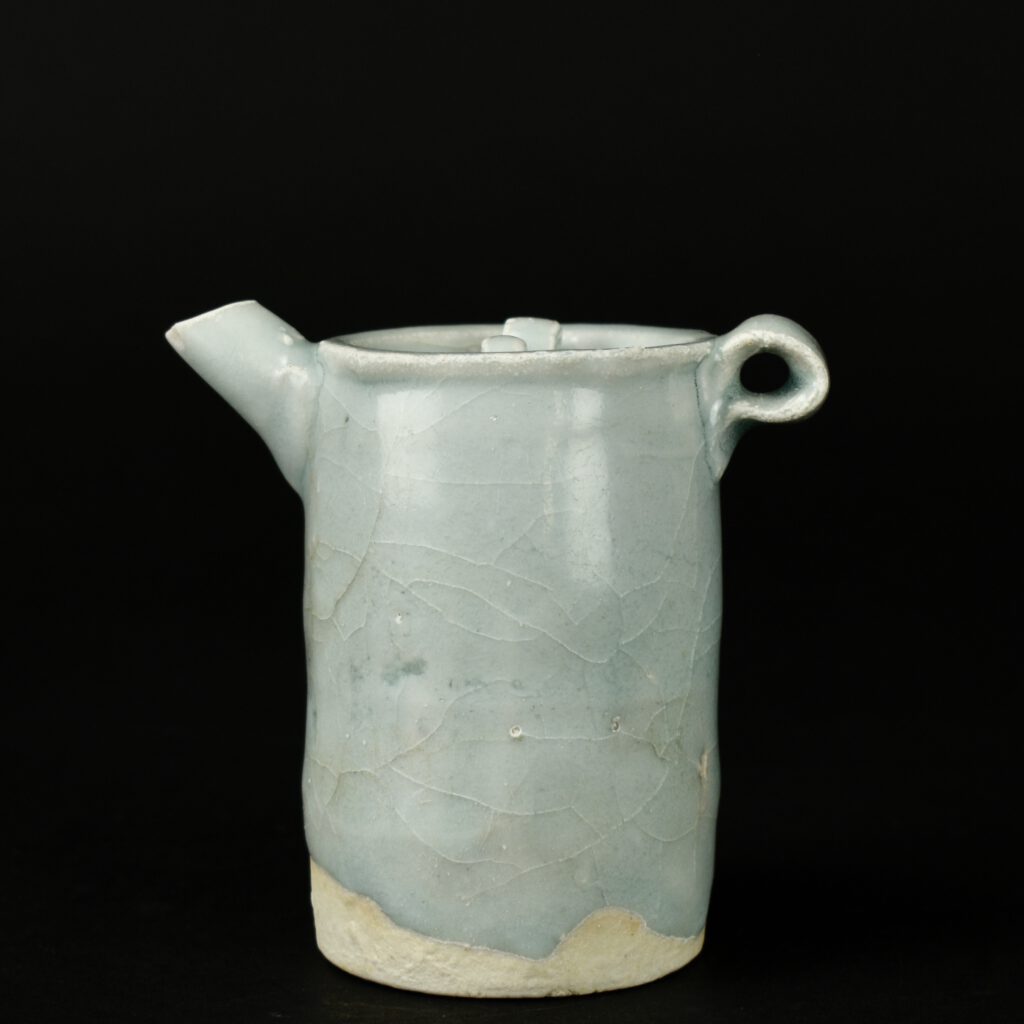 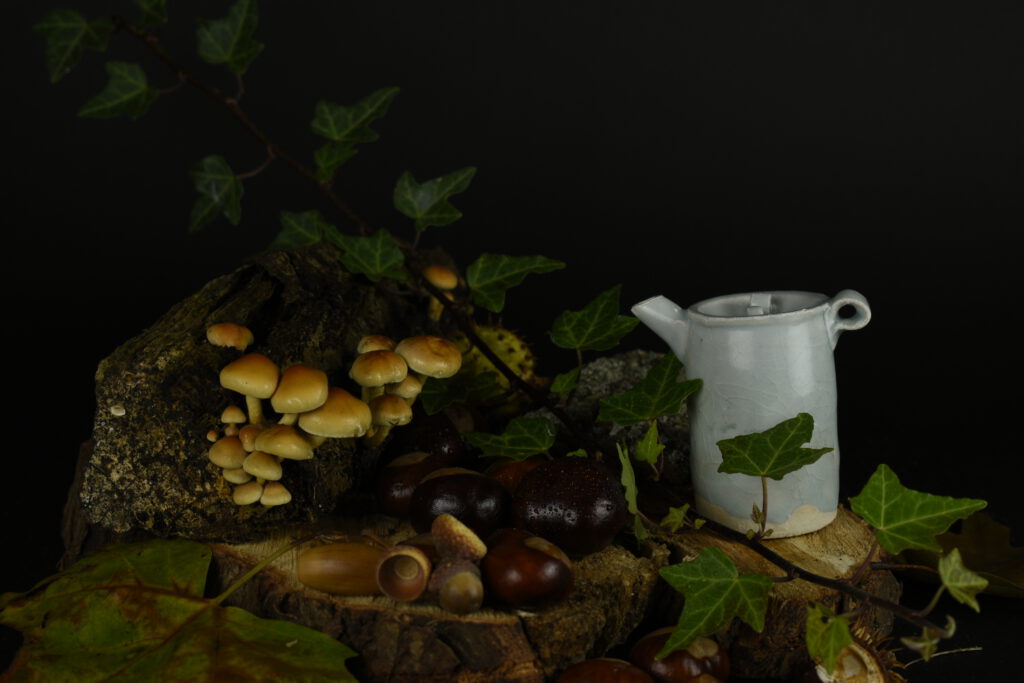 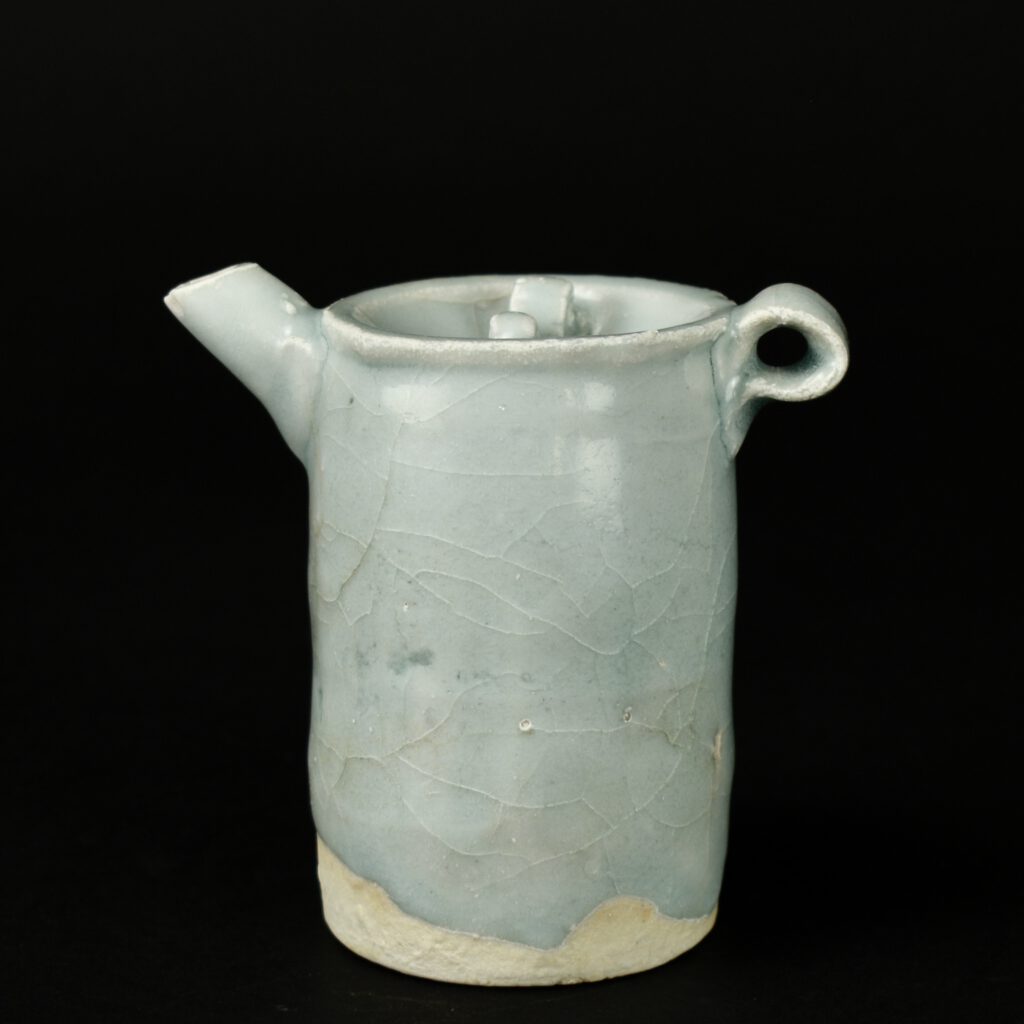