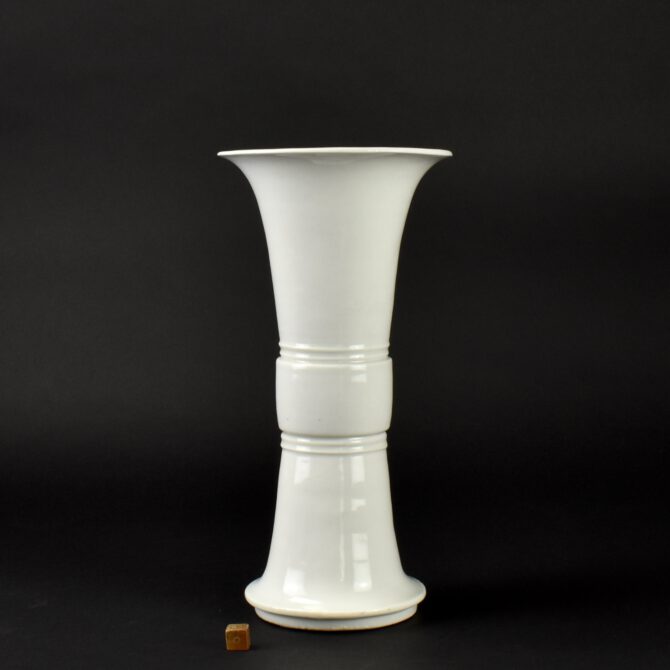 A 17th Century Blanc de Chine Gu Shaped Vase, Dehua Kilns, Fujian Province, Shunzhi to Kangxi c.1650 – 1700. This vase is based on a type of bronze vase known as Gu, these ancient vases were popular in the Ming and Qing dynasty. They date back to the Shang and Zhou dynasties (1600-256 BC) and were originally intended for wine or to offer libations. Vases, like the present example, were used for various purposes including a vase for flowers or at a family altar. These revival pieces, made of fine Blanc de Chine porcelain, were popular with Chinese scholars. Marchant illustrate a similar form, however their example is earlier, dating to around 1630 (Blanc de Chine, Marchant, London. Exhibition catalogue, 2014, page 127, item 96). The present vase is taller, the potting is thinner and the base flatter. 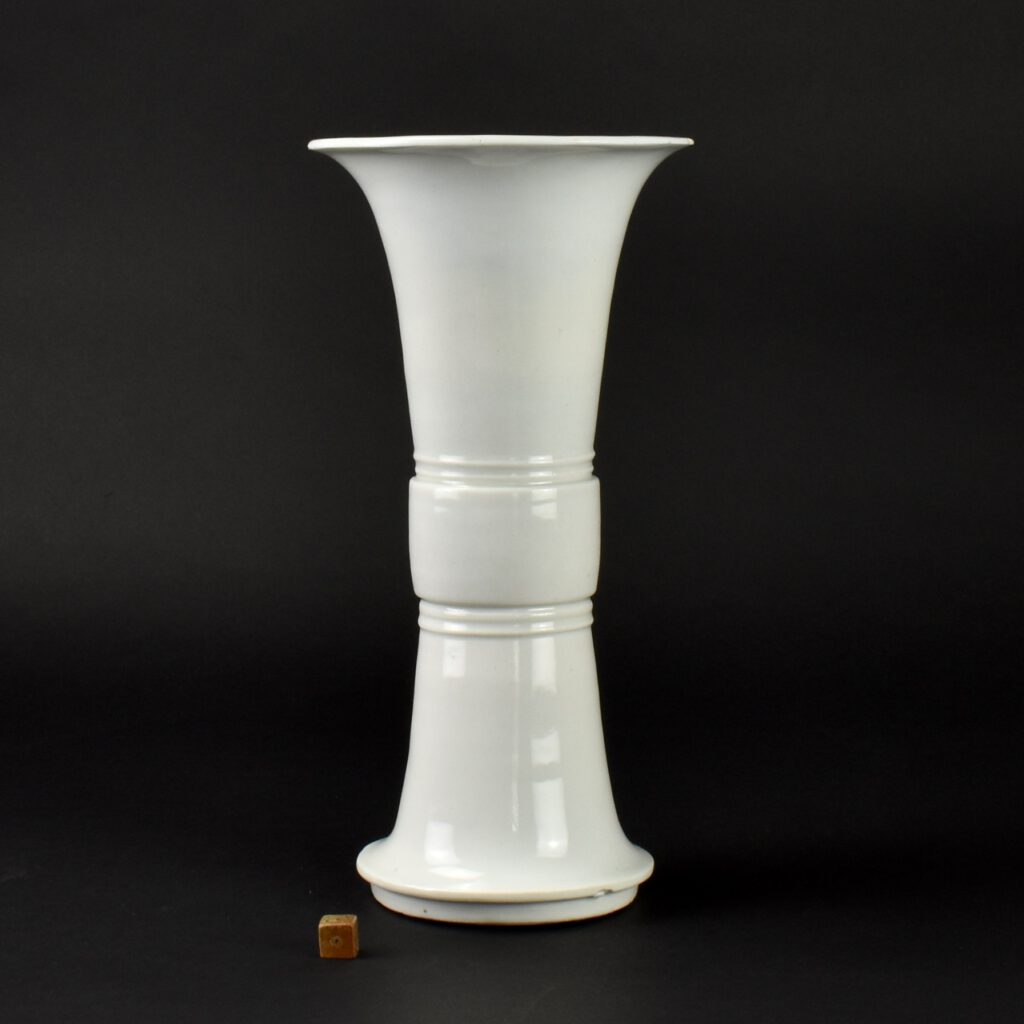 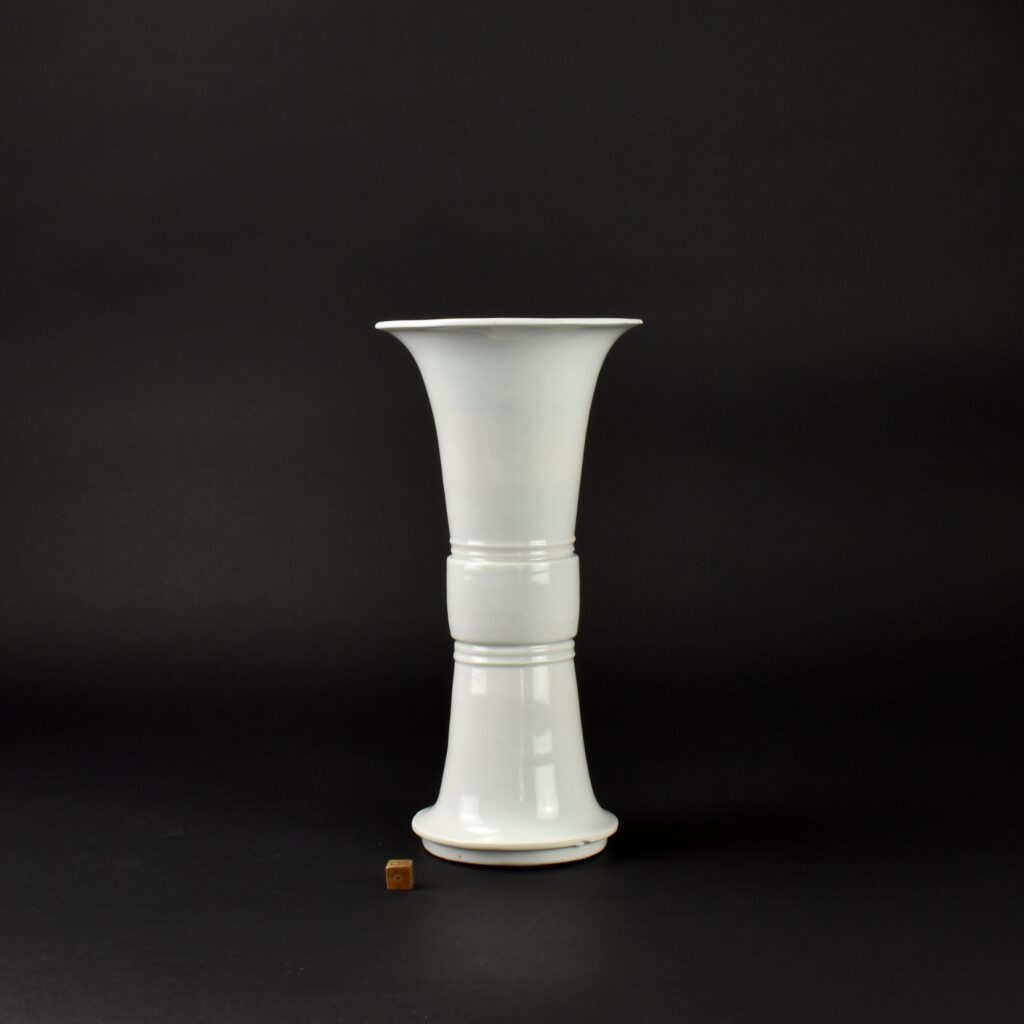 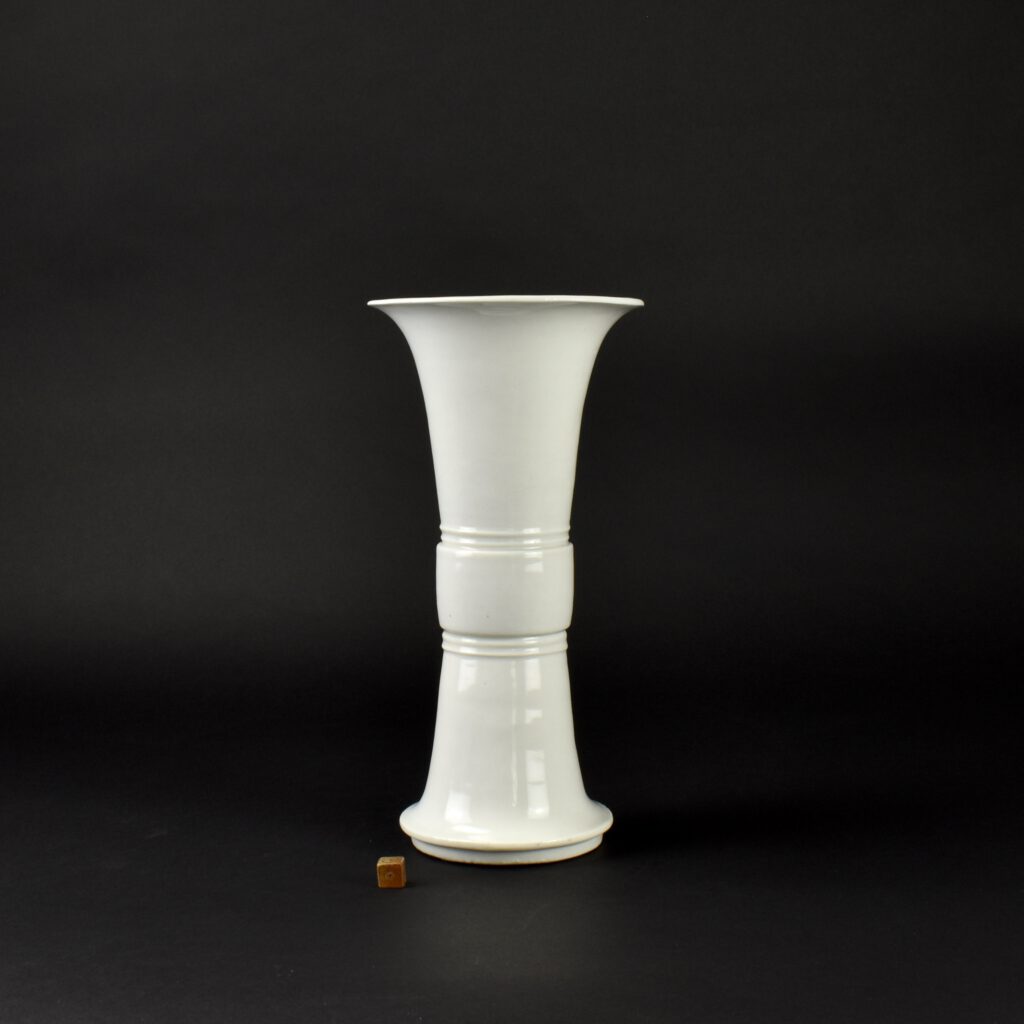 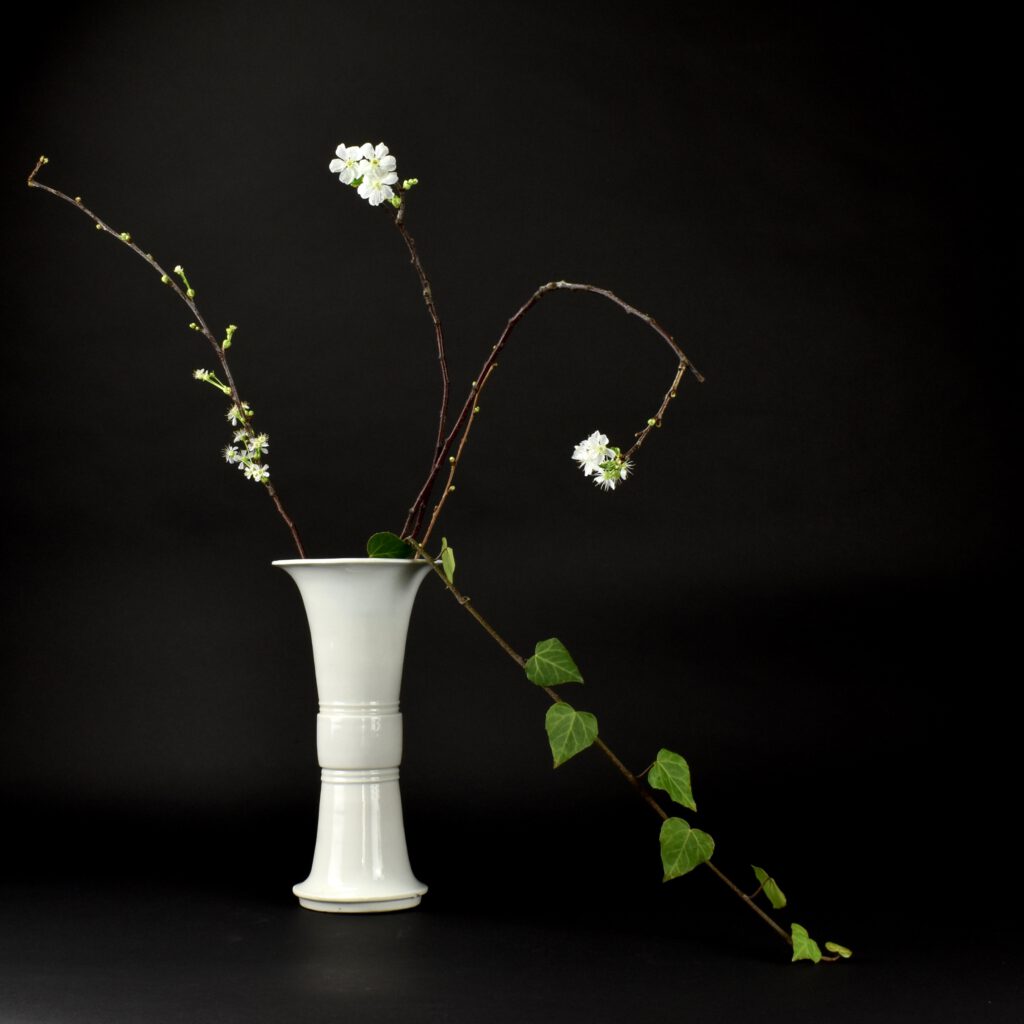 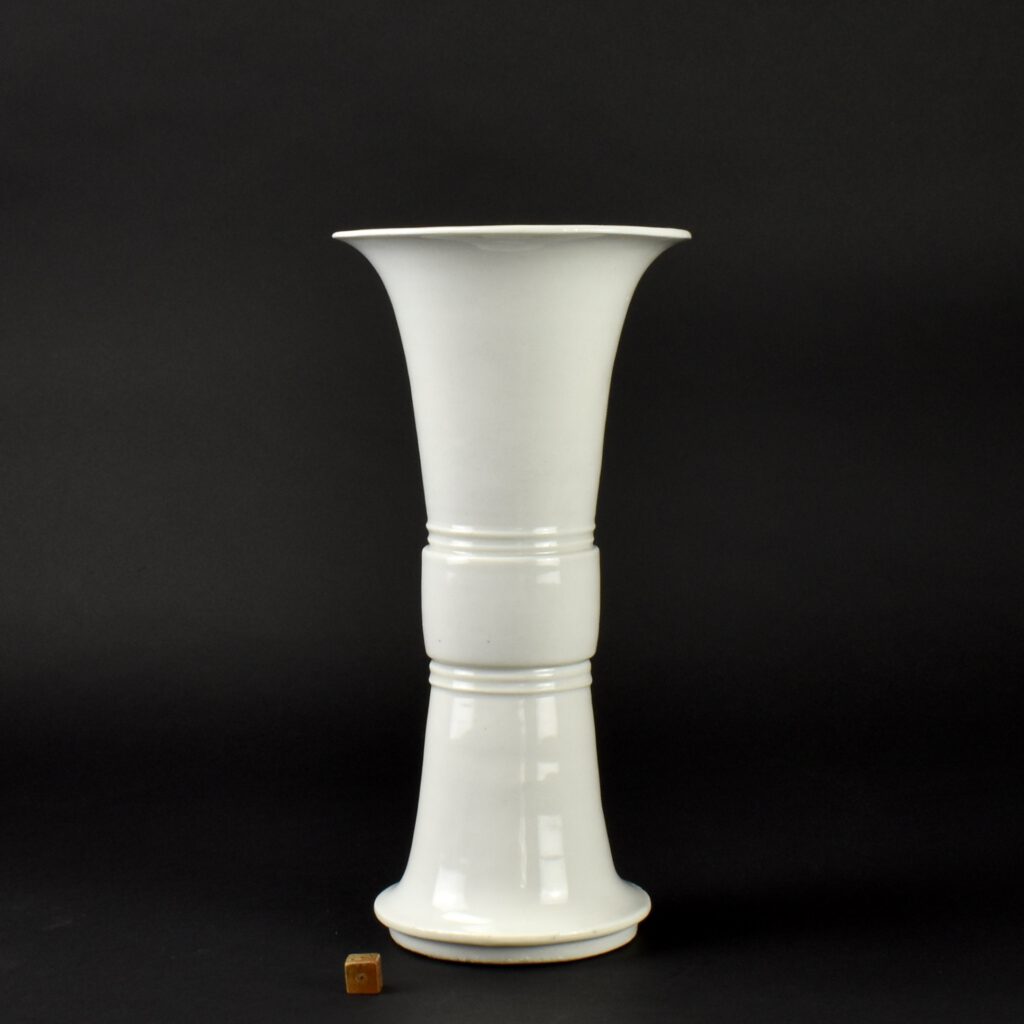 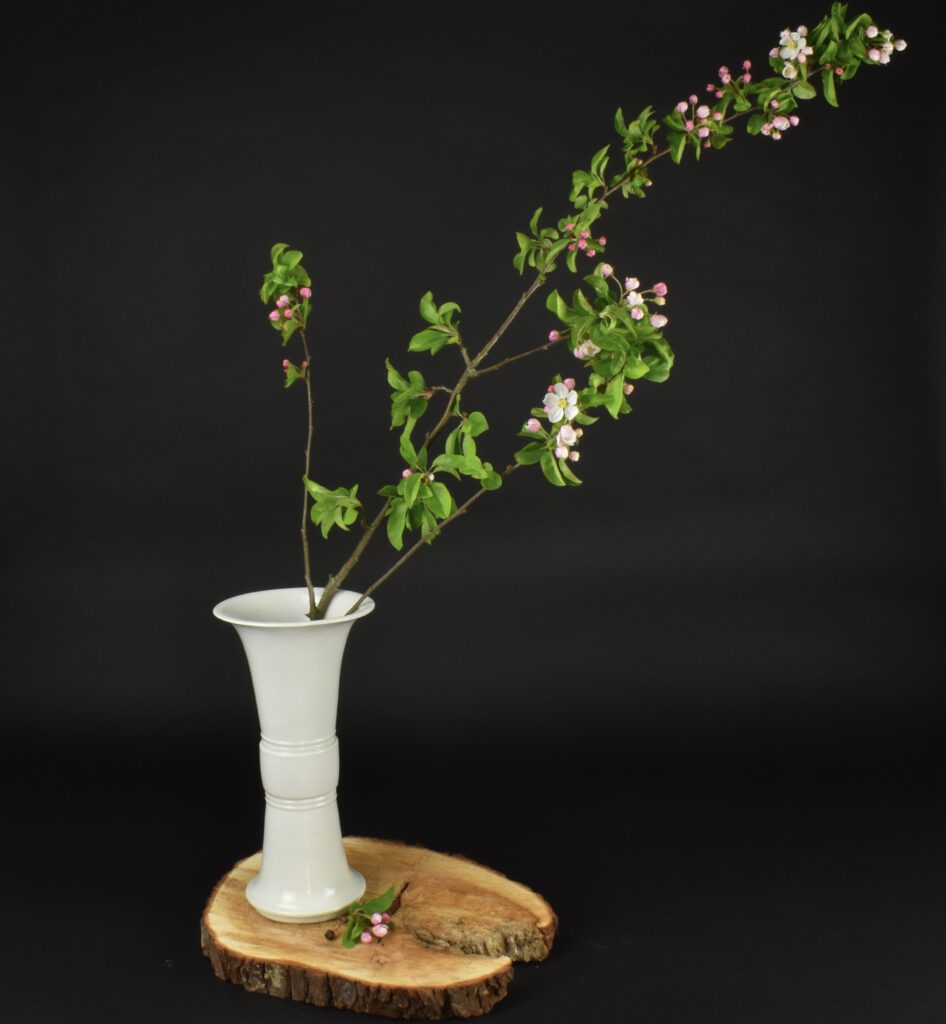 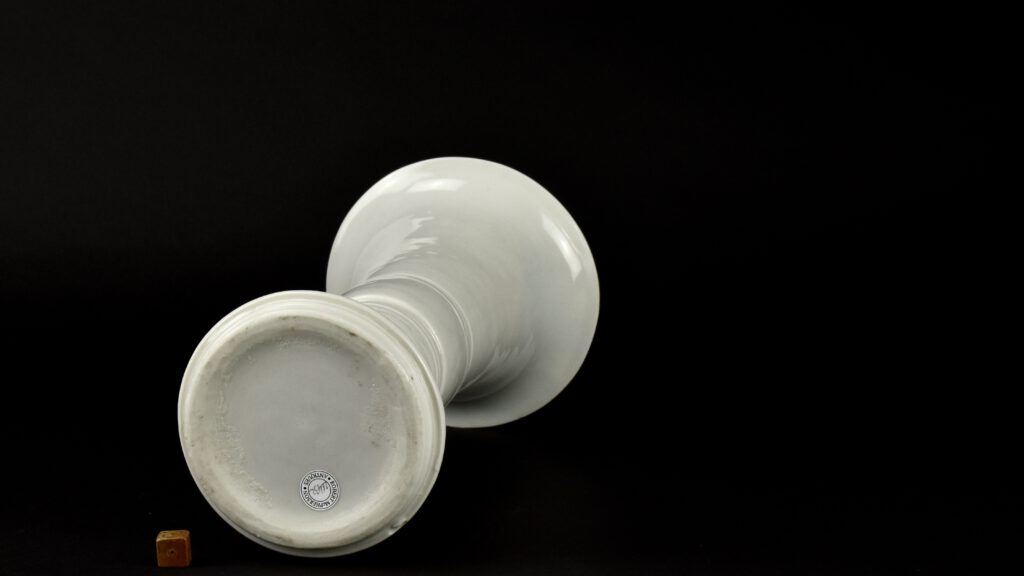 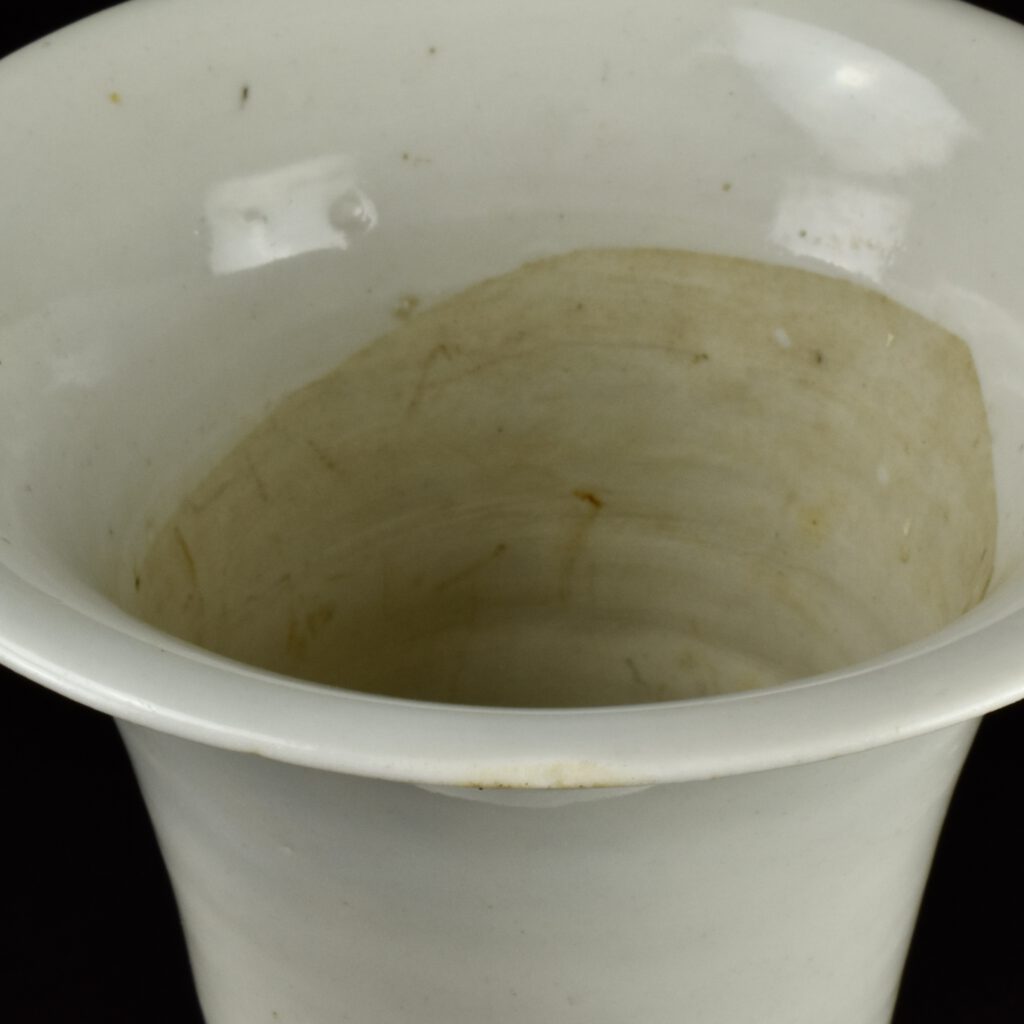 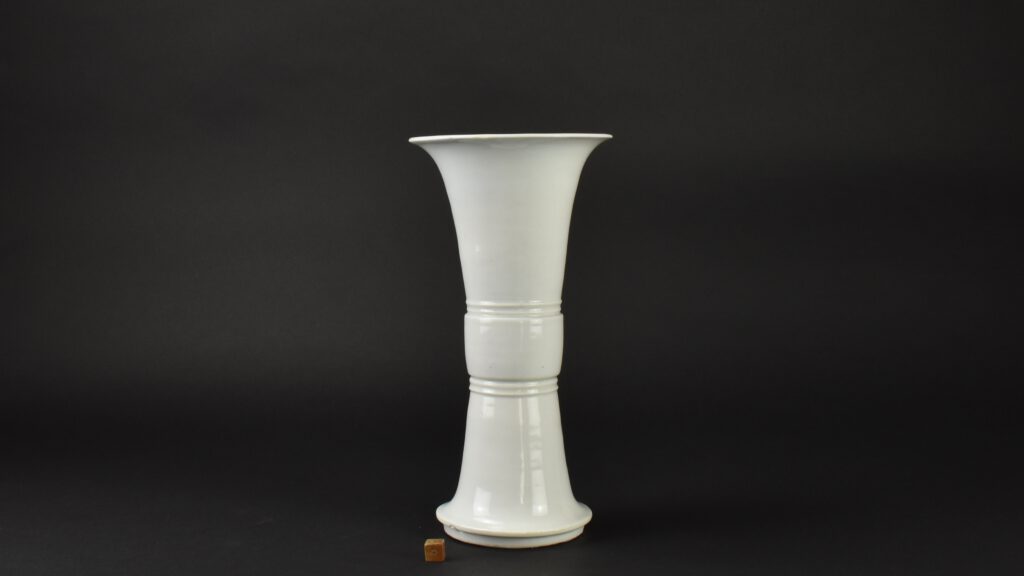 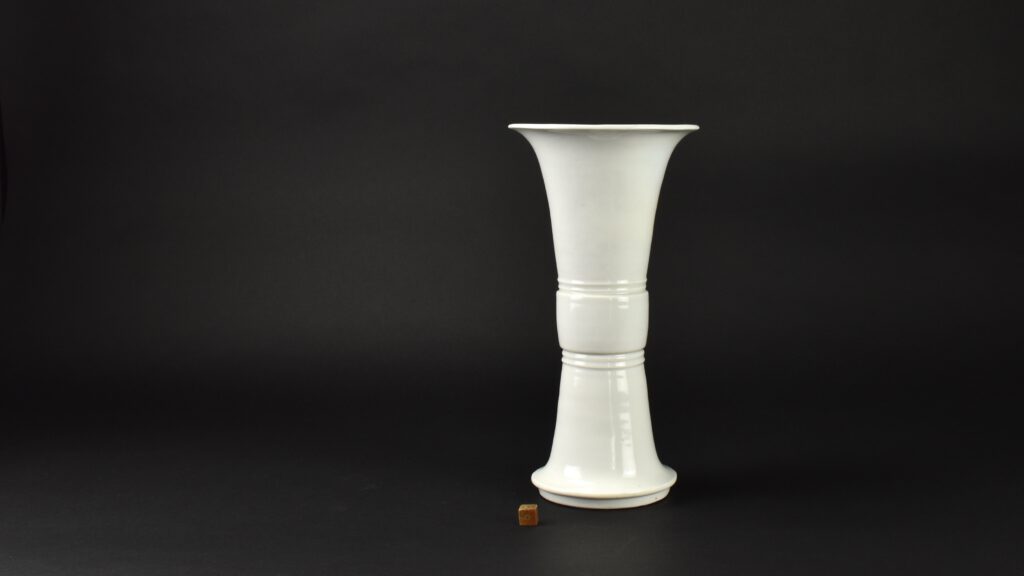 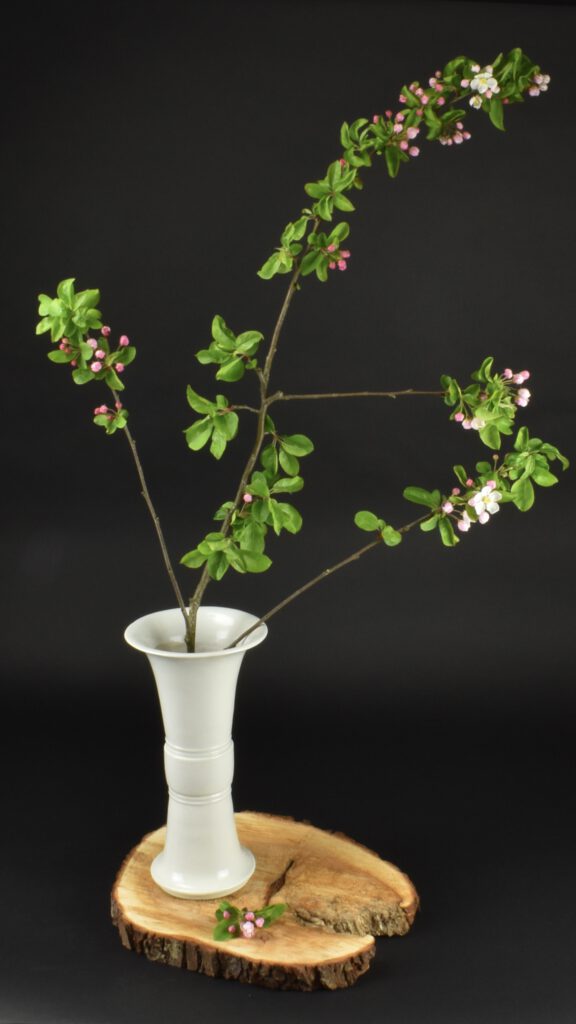