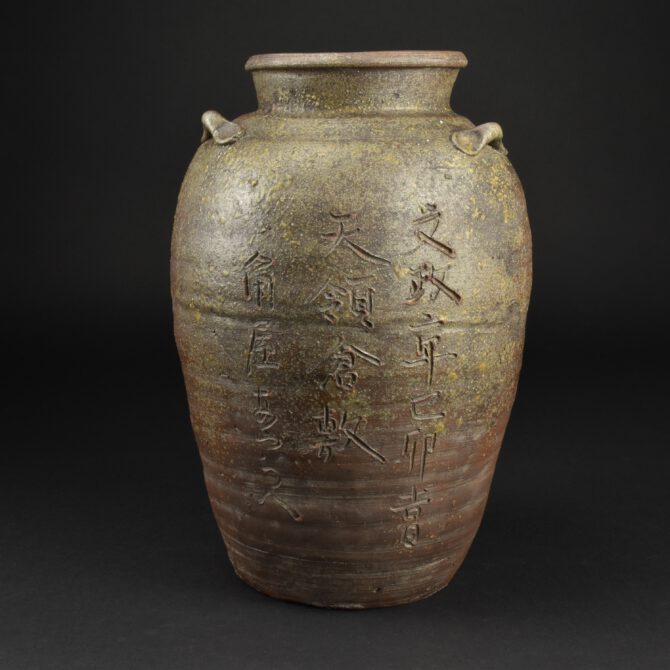 A Rare Extensively Inscribed Bizen Pottery Jar Dated 1820, Bizen Kilns, Japan. This jar would be very difficult to date with an degree of accuracy, if it weren’t for the extensive inscription which dates it to the second year of Busei (April 1818 through December 1830), giving a date of 1820. The inscription is full of precise information about when and where this jar was made, it even gives the names of the people and places involved.  A translation of the inscription can be interpreted as : Bunsei 2nd. (1820). Minou (zodiac sign of the year), Tenryo (director of governance of the Tokugawa family). Kurashiki (place name. Kurashiki is now a city, on Japan’s Seto Inland Sea. It’s known for the centuries-old buildings and shops of the Bikan Historical Quarter.). Kadoya (probably merchant name). Aturae (customer it was made for). The back of the jar has a single inscribed character Tuchi, perhaps a kiln mark, makers name. Bizen pottery, which has a distinct reddish tone to the brown clay comes from Bizen Province in Japan, and was mostly made in the area around Imbe village. Bizen ware is still made today, its history can be dated back to the Kamakura period 1185–1333. It is one of the Six Ancient Kilns of Japan, a title first used by the scholar Koyama Fujio.

Condition
No damage.
Size
Height 25.2 cm (10 inches).
Provenance
From The Ulrich Vollmer Collection of Japanese Pottery and related objects.
Stock number
20654
References
We have had several pieces from this collection, some (but not this jar, as it is too late) were included in the catalogue : Momoyama-Keramik Und Ihr Einfluss Auf Die Gegenwart (Various authors, Gurdrun-Esters for the Keramion Foundation, Frechen, Germany, 2011. ISBN 978-3-94005-6-8.) 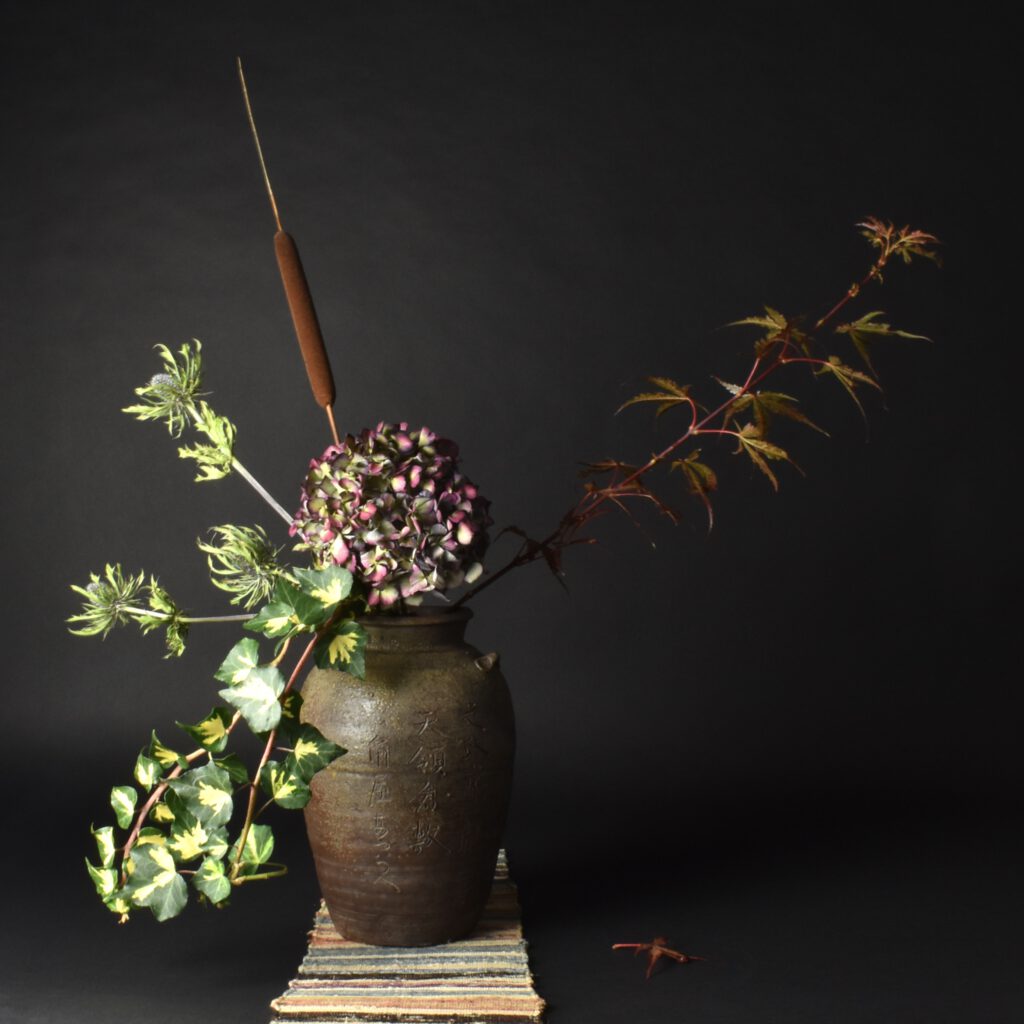 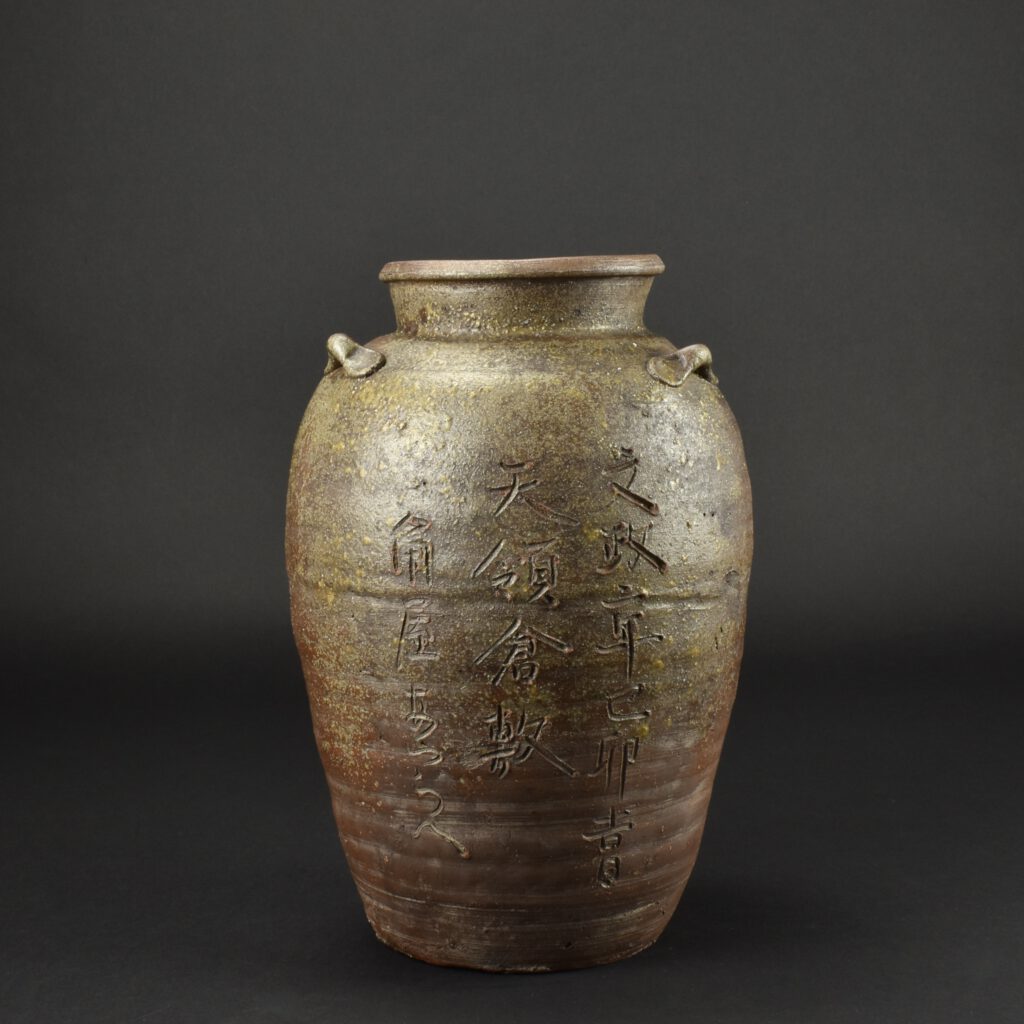 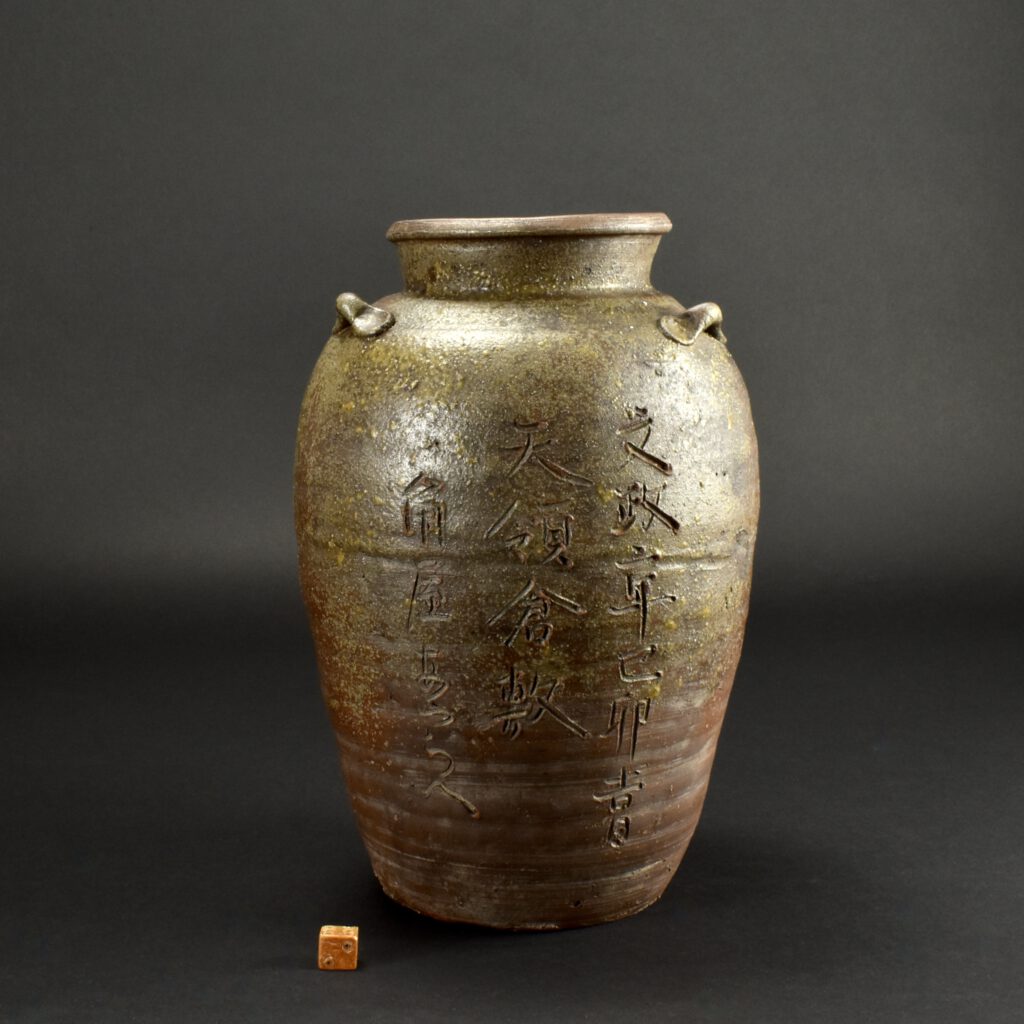 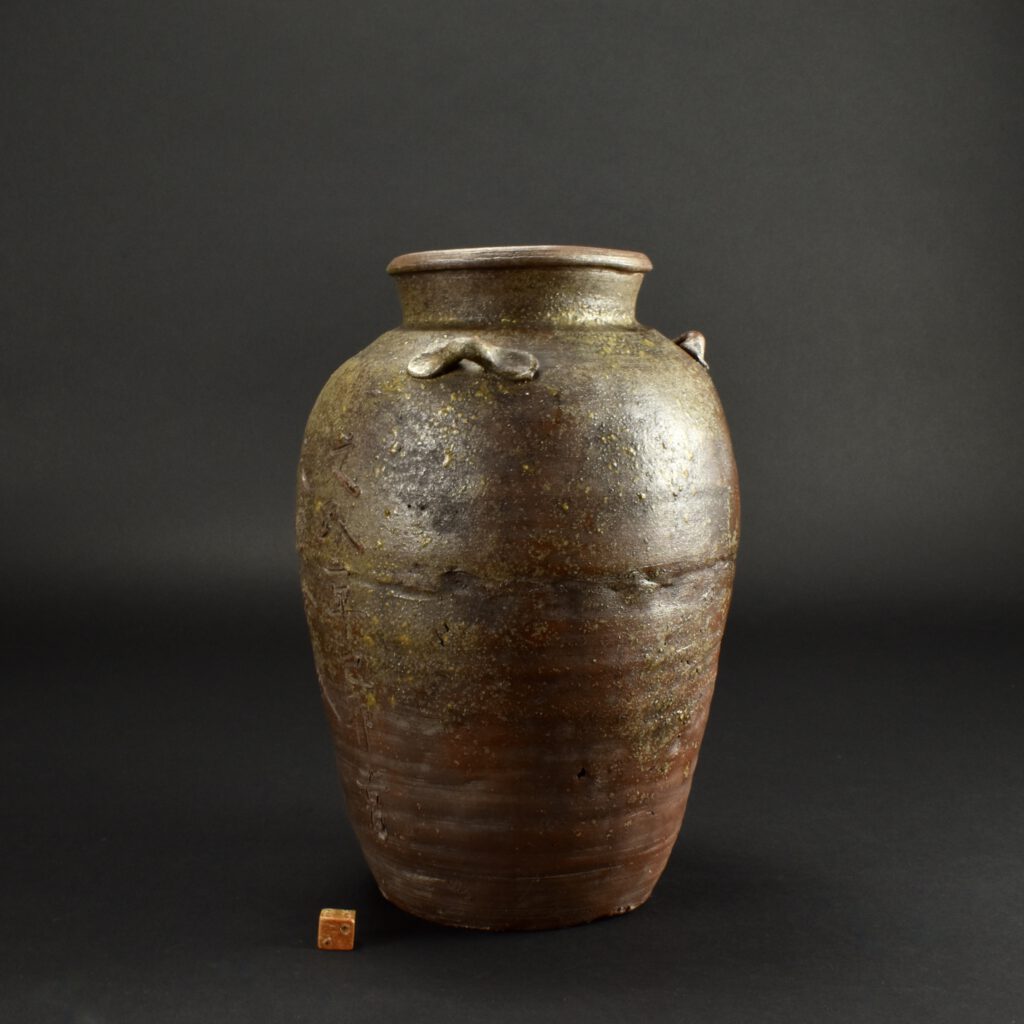 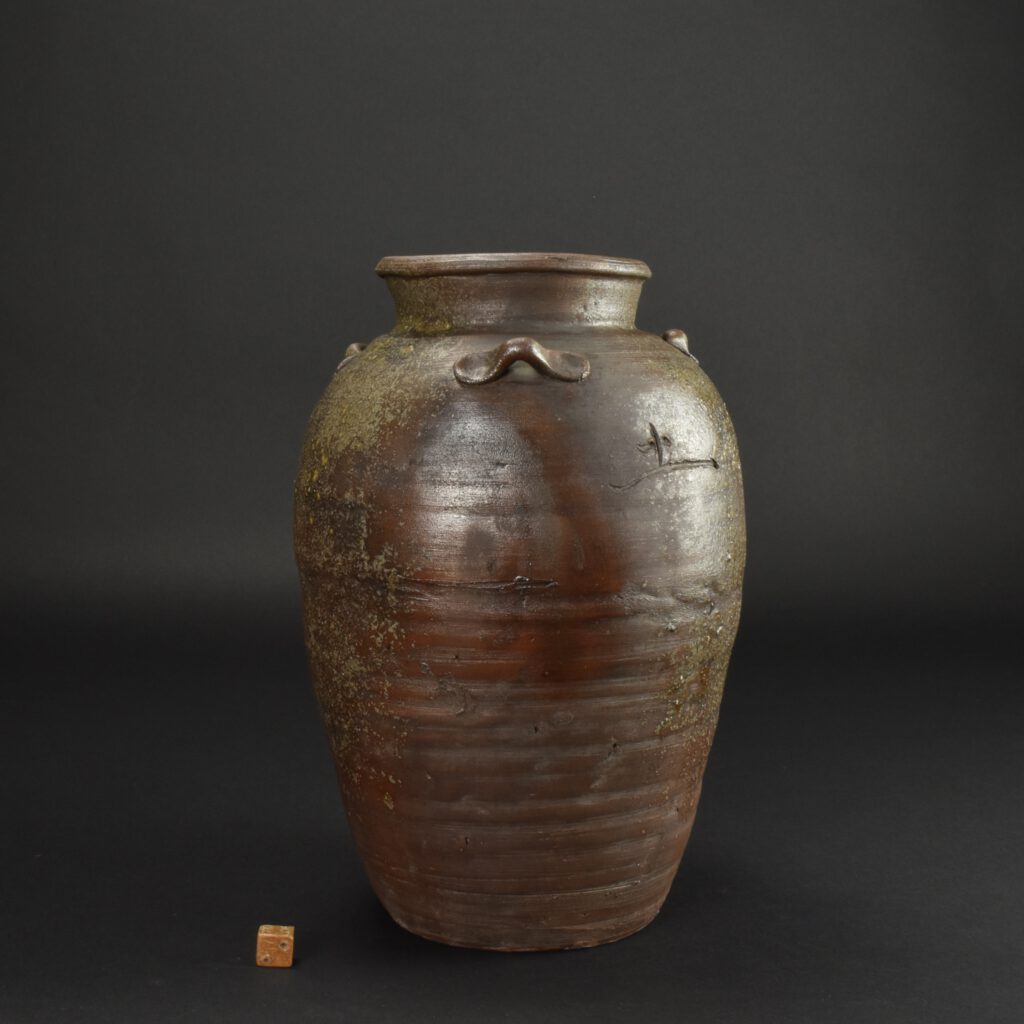 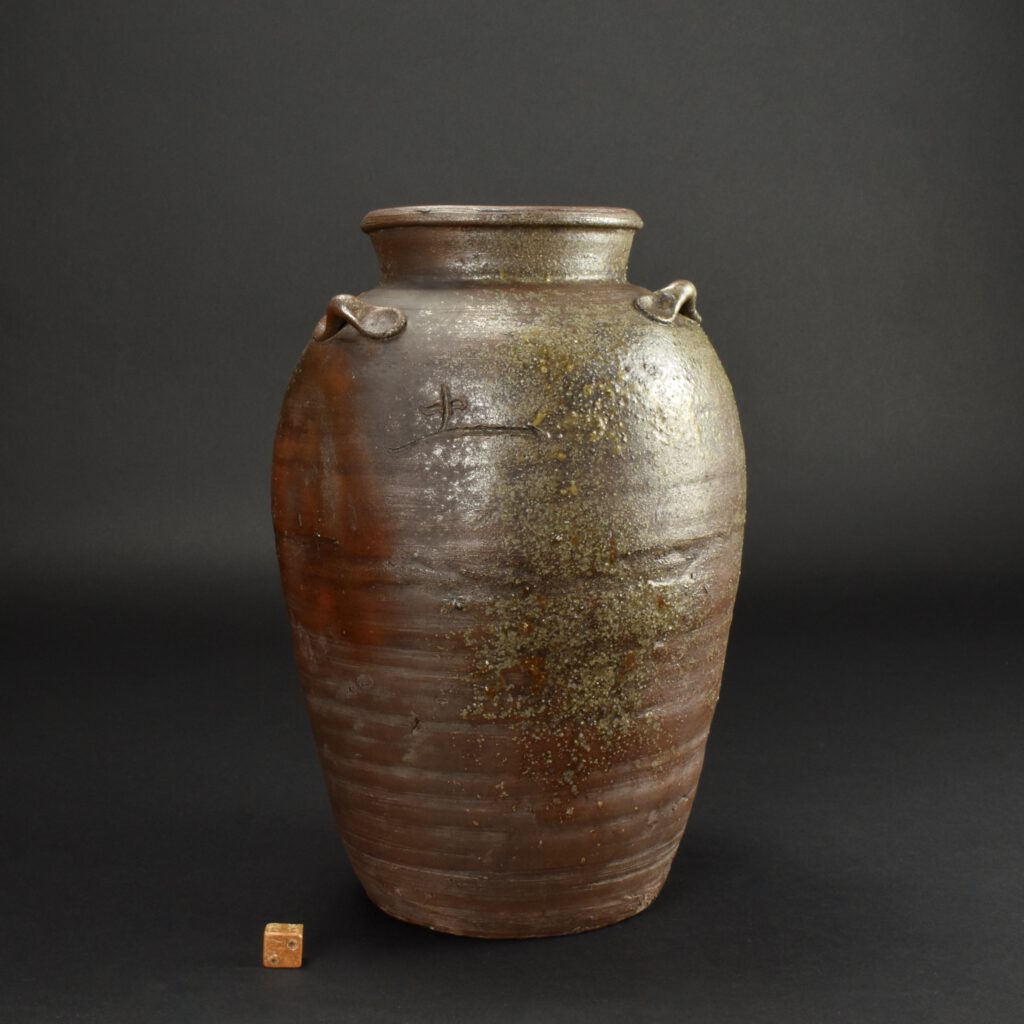 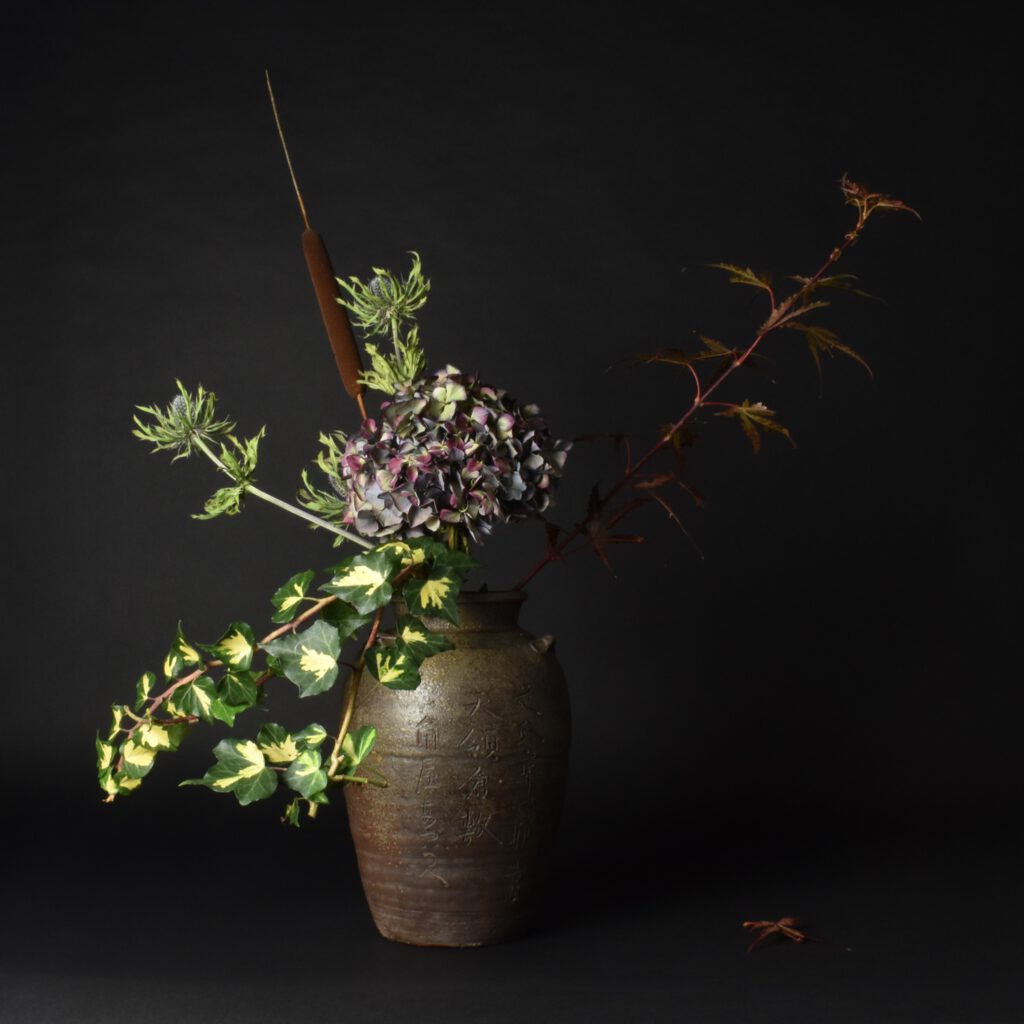 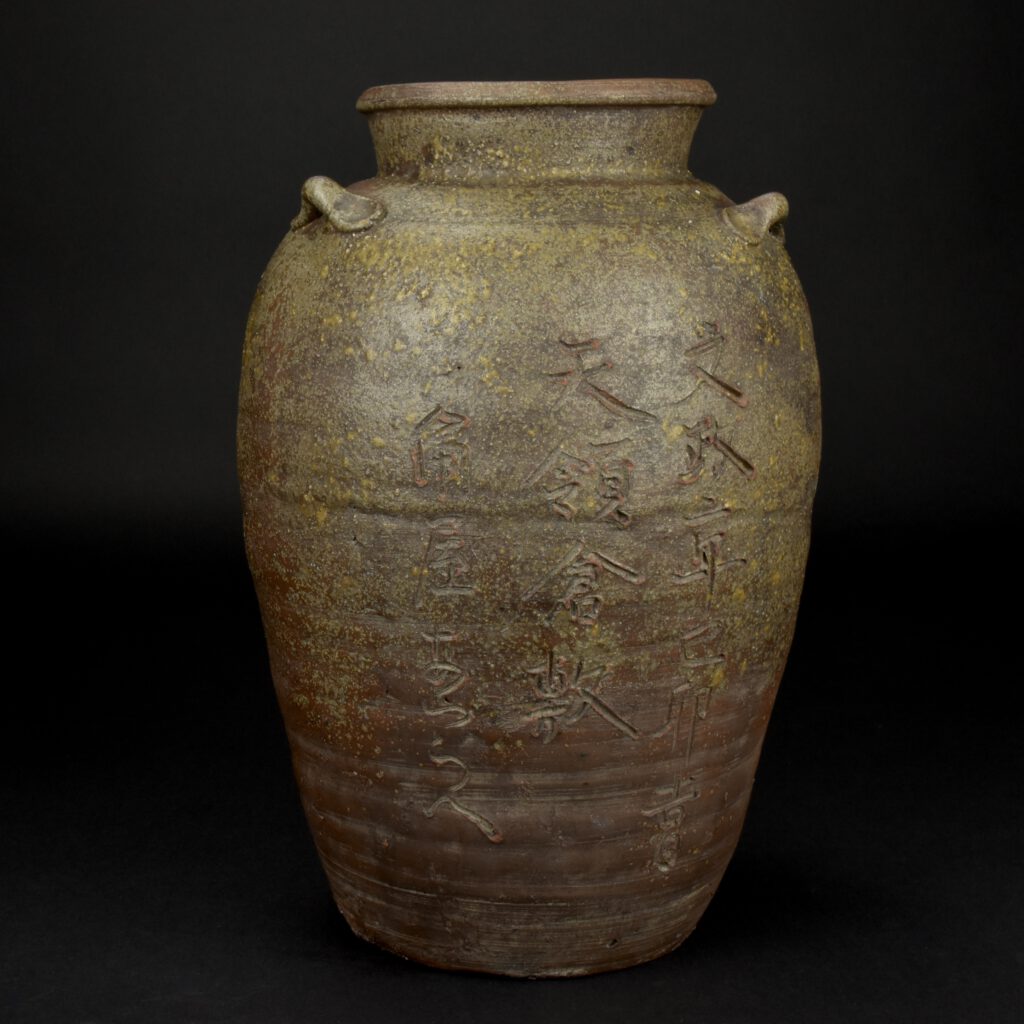 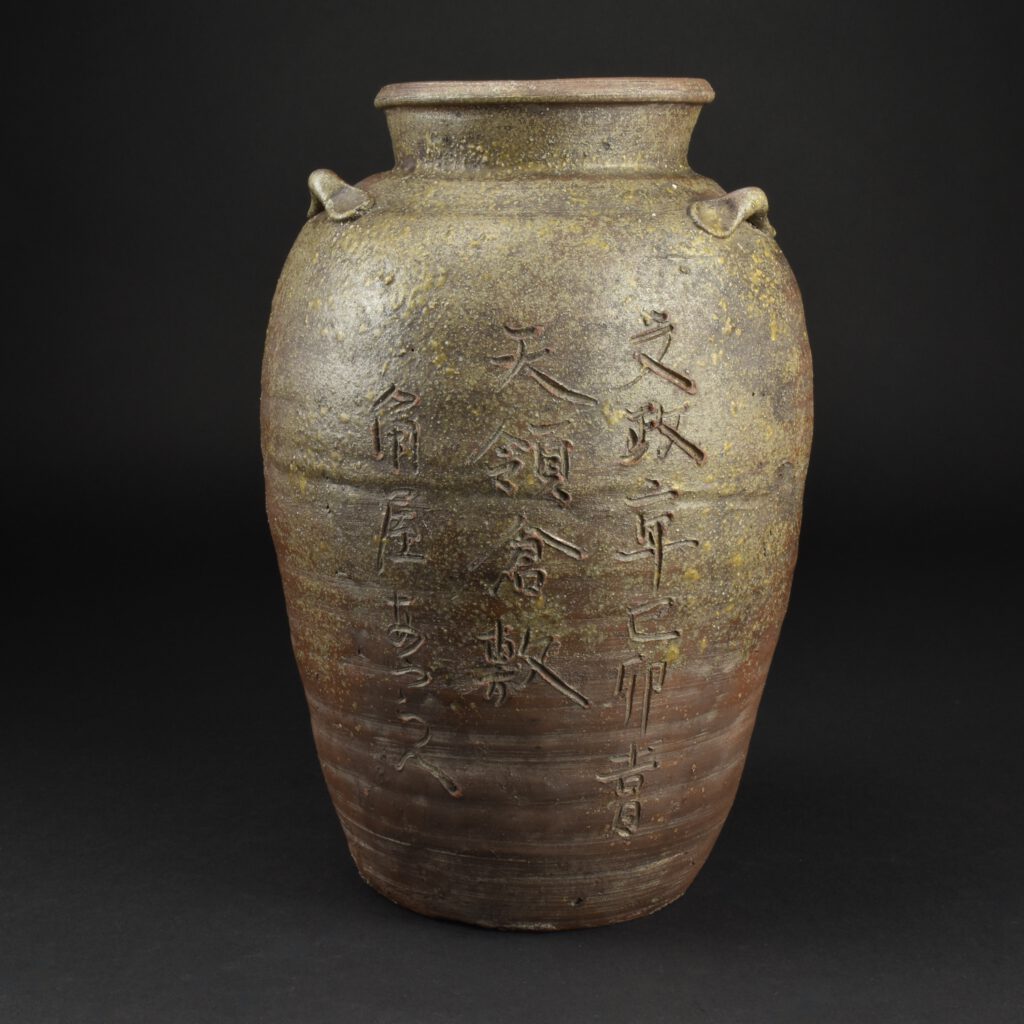 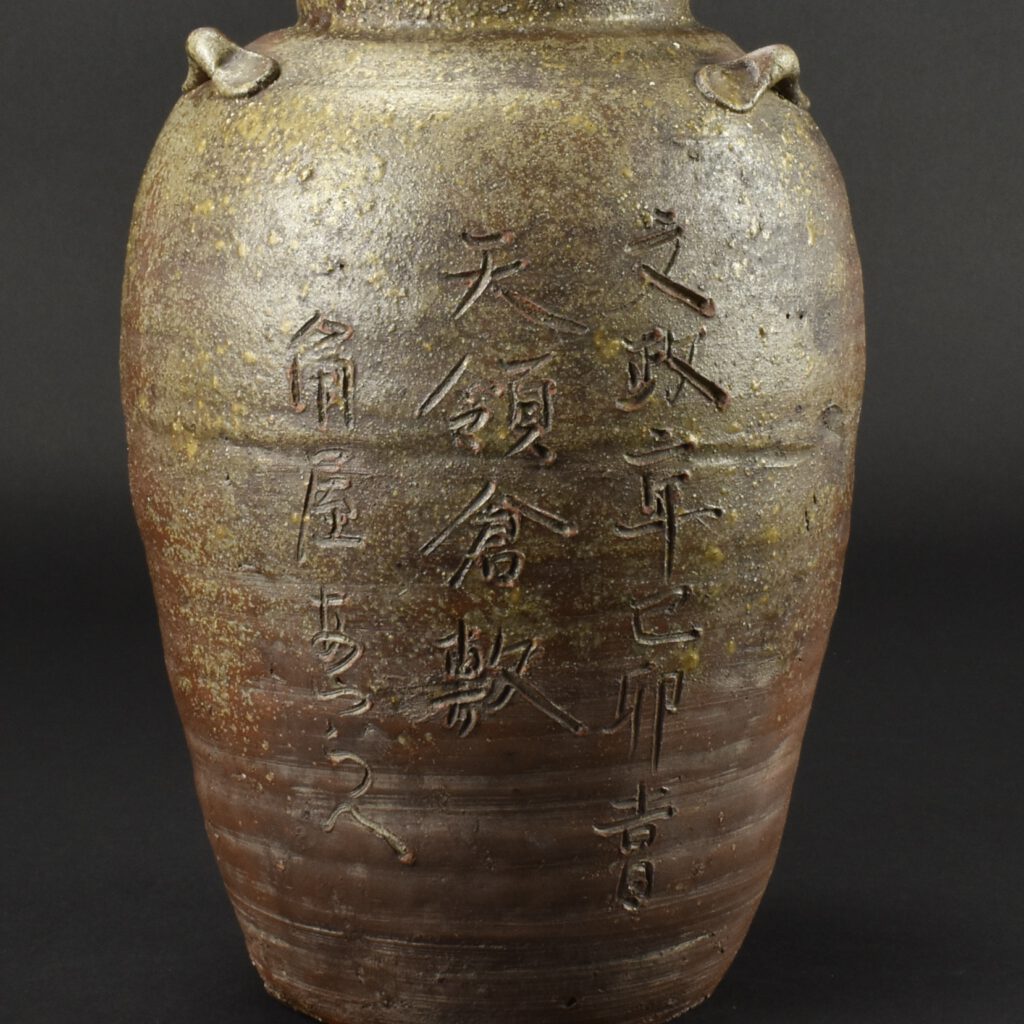 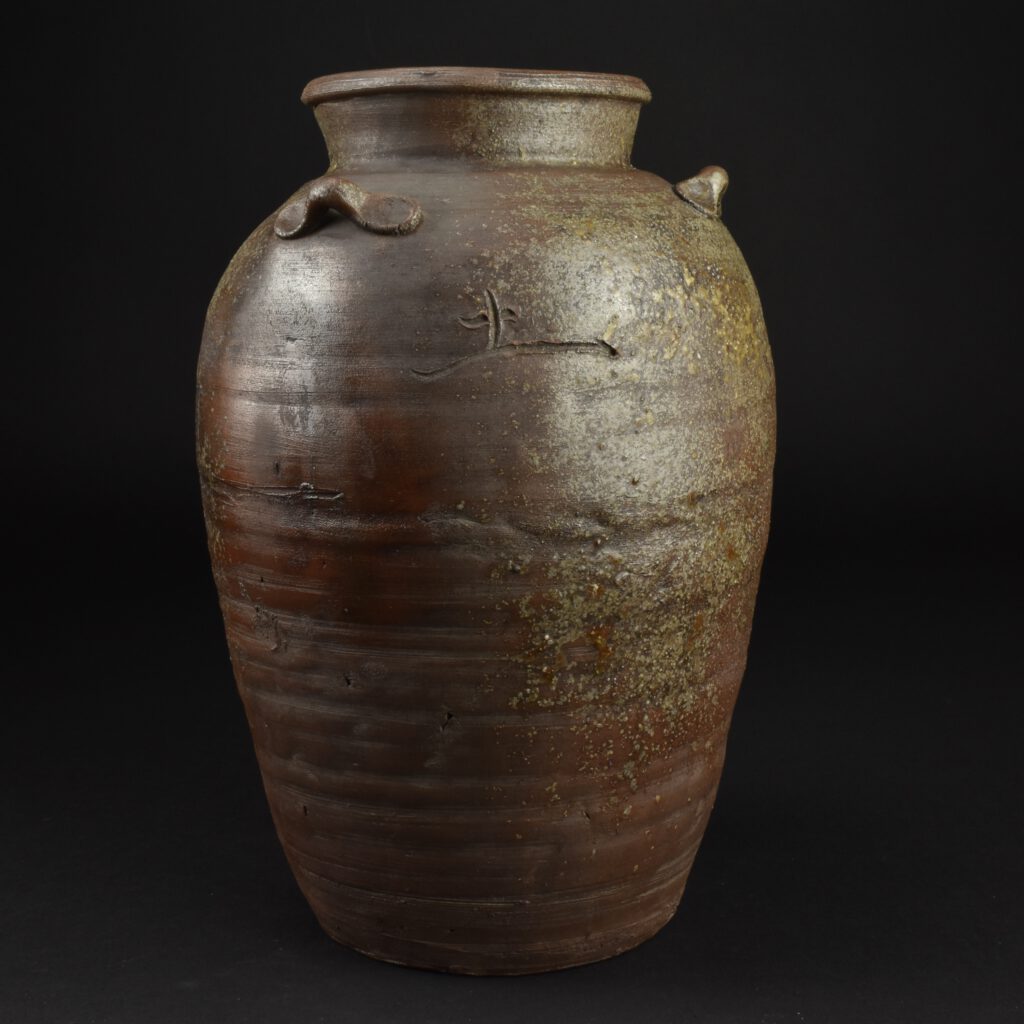 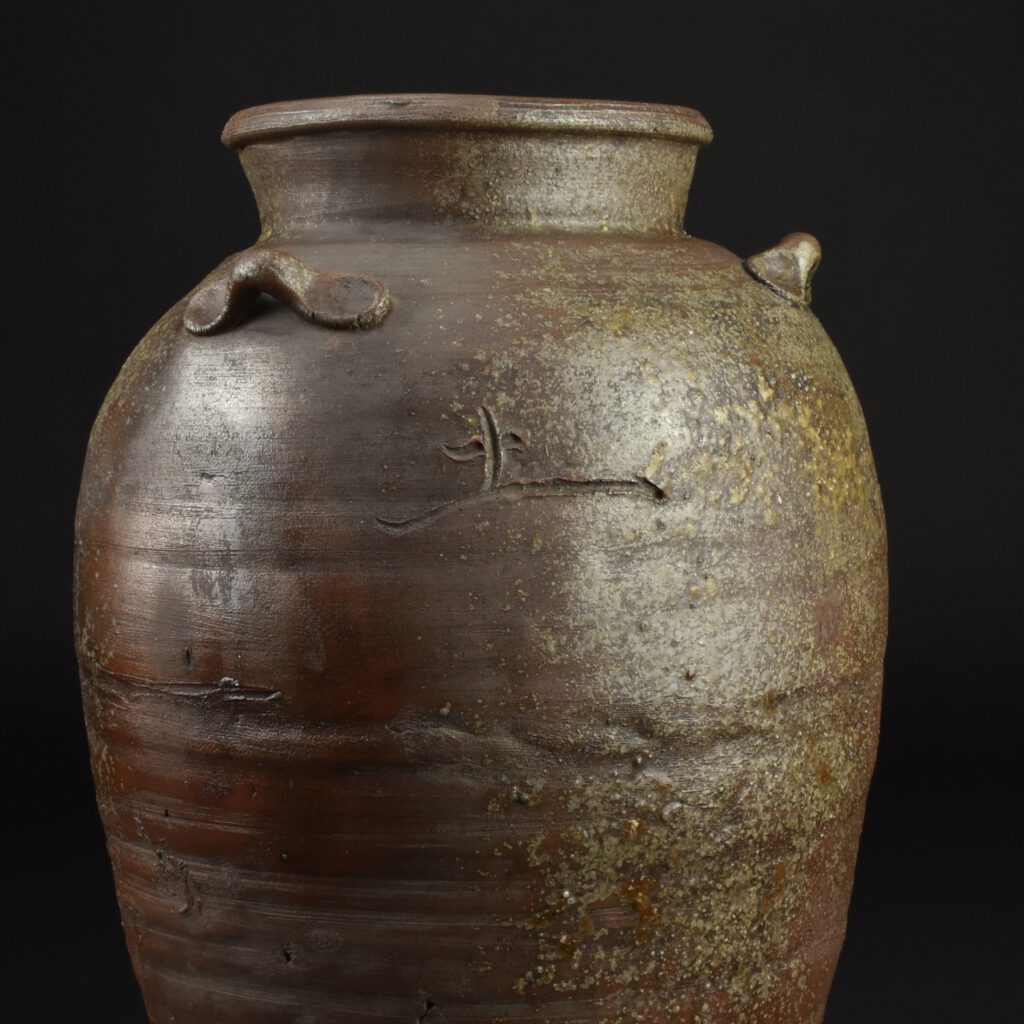