A Finely Potted Small Yixing Pottery Tea Canister and Cover from a kiln in Jiangsu Province, Later Kangxi to Yongzheng c.1690-1735. This canister is unusually small and is very lightly potted and unlike many Yixing tea canisters it retains its cover. The four repeated designs to the sides are of a complicated decorative Fu character in a frame comprised of two highly stylised archaic dragons. There are three precious objects at the lower part of the panels, it appears that the same mould was used for all four sides. These designs are set against an archaic geometric pattern, probably representing clouds.

Condition
In excellent condition, there is perhaps a minute chip to the rim but I think it is a firing fault, it is approximately 1 x 1mm.
Size
Height 9.5 cm (3 3/4 inches)
Provenance
N/A
Stock number
26387 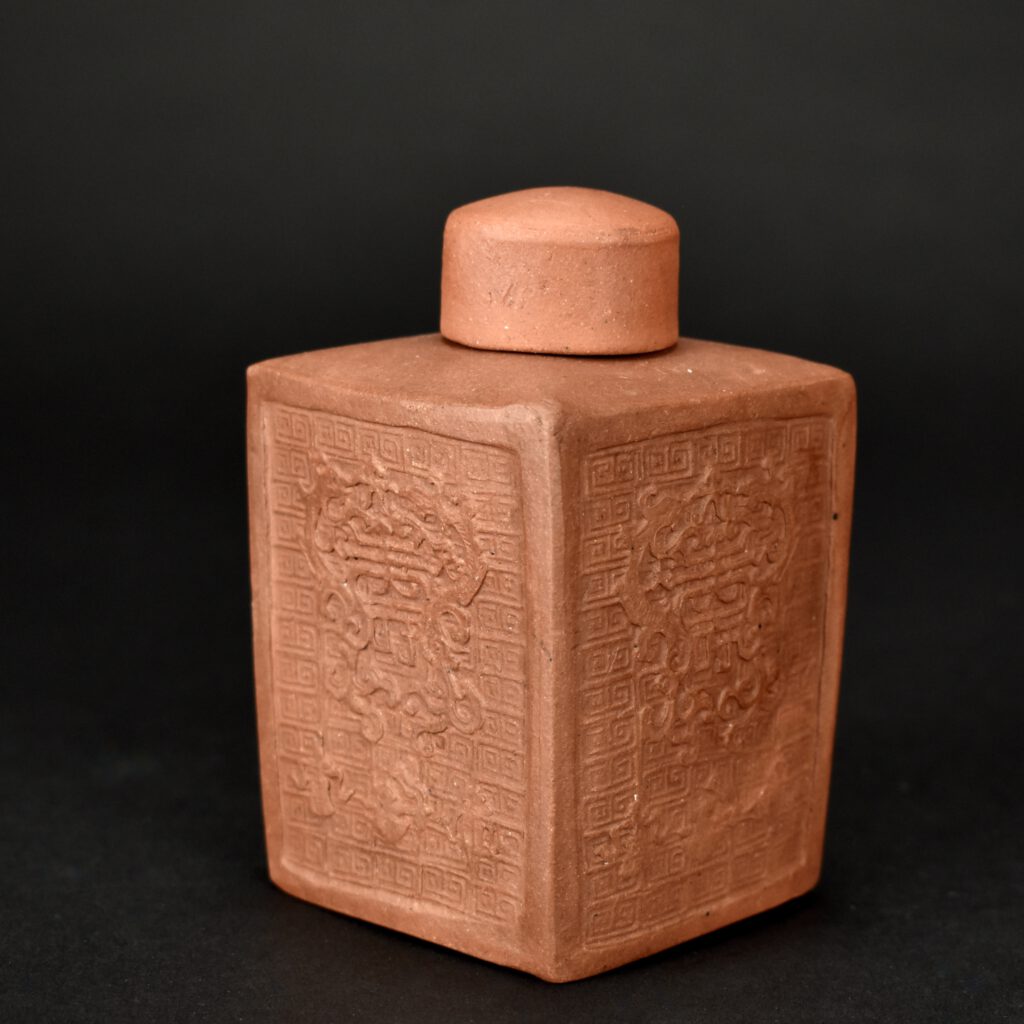 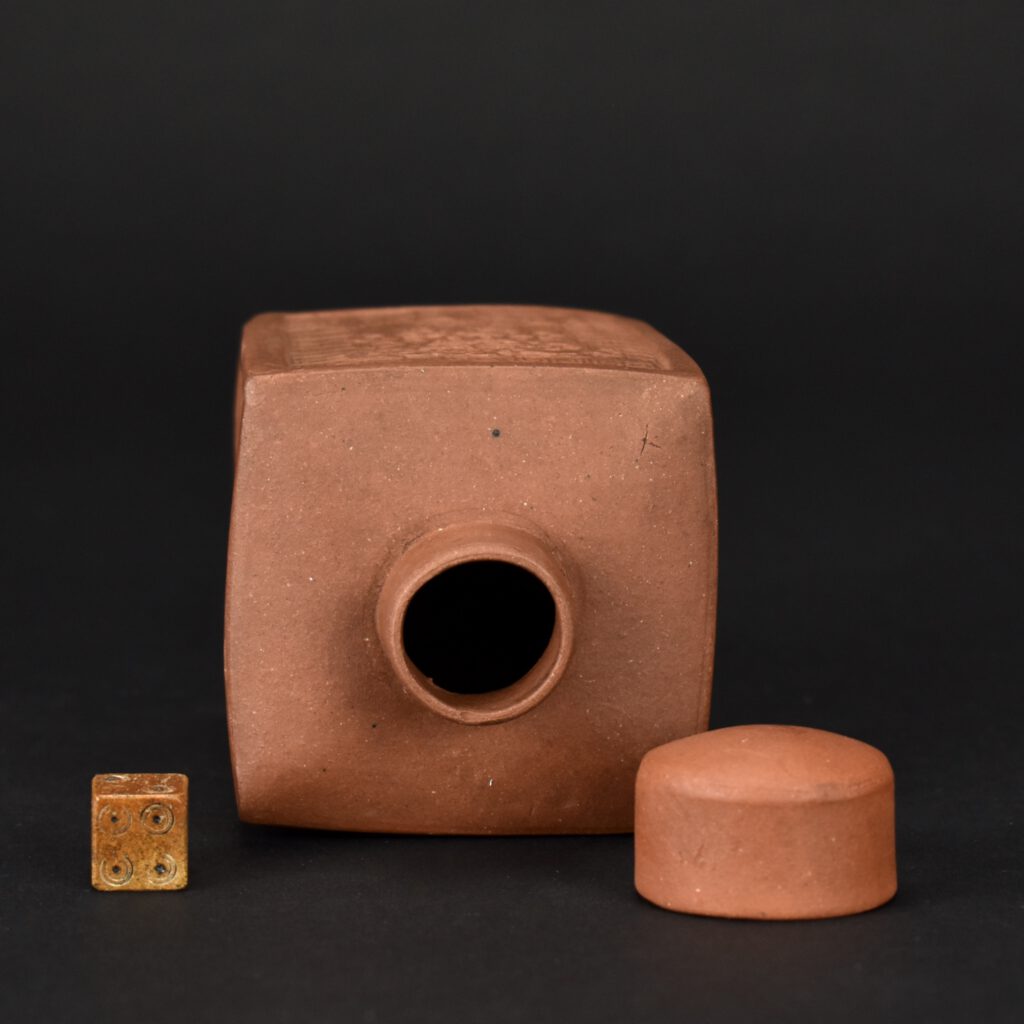 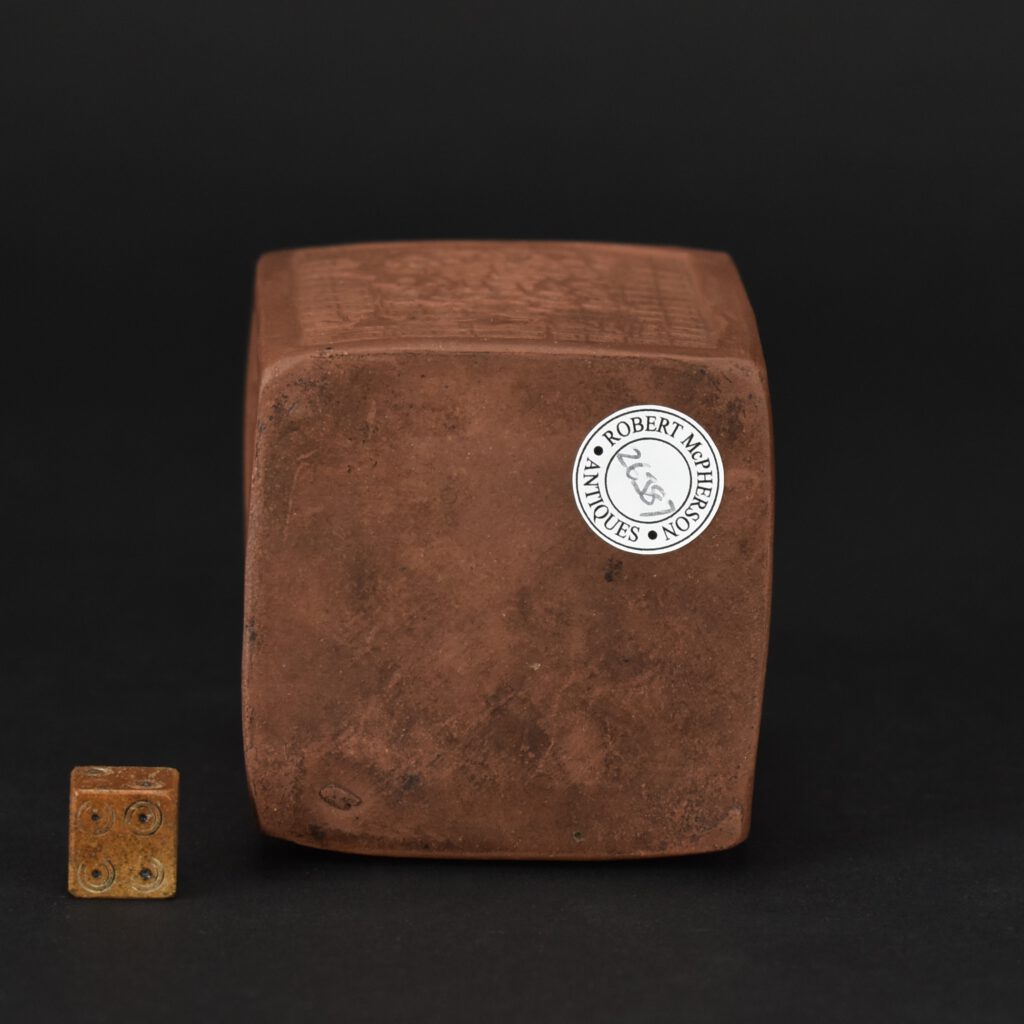 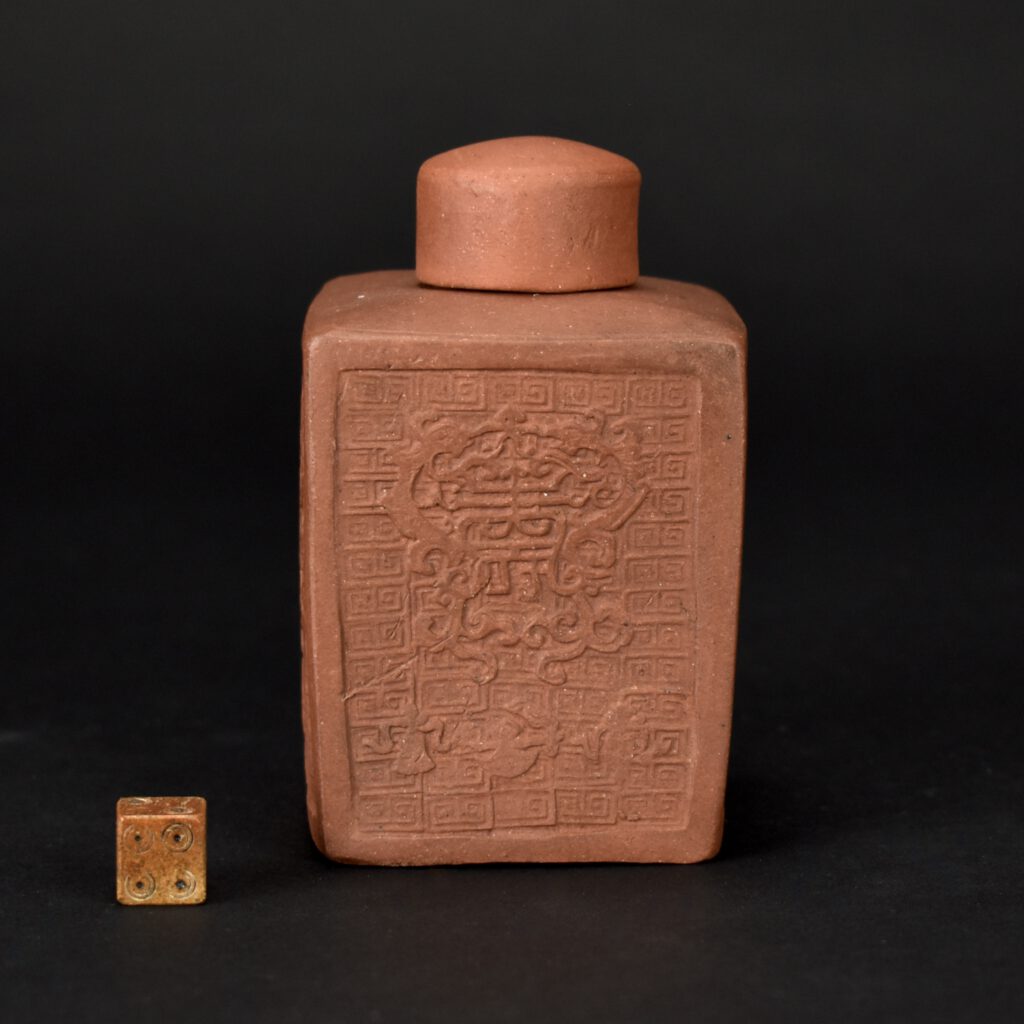 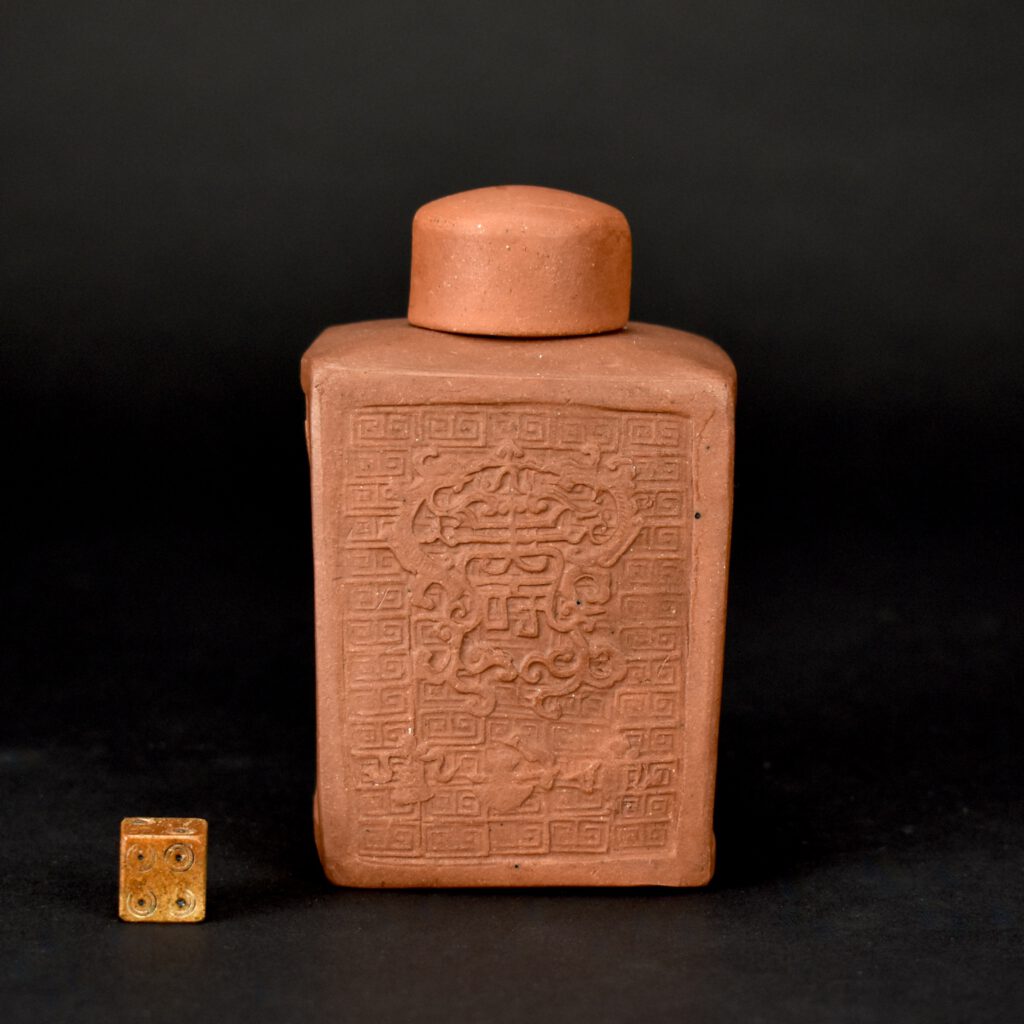 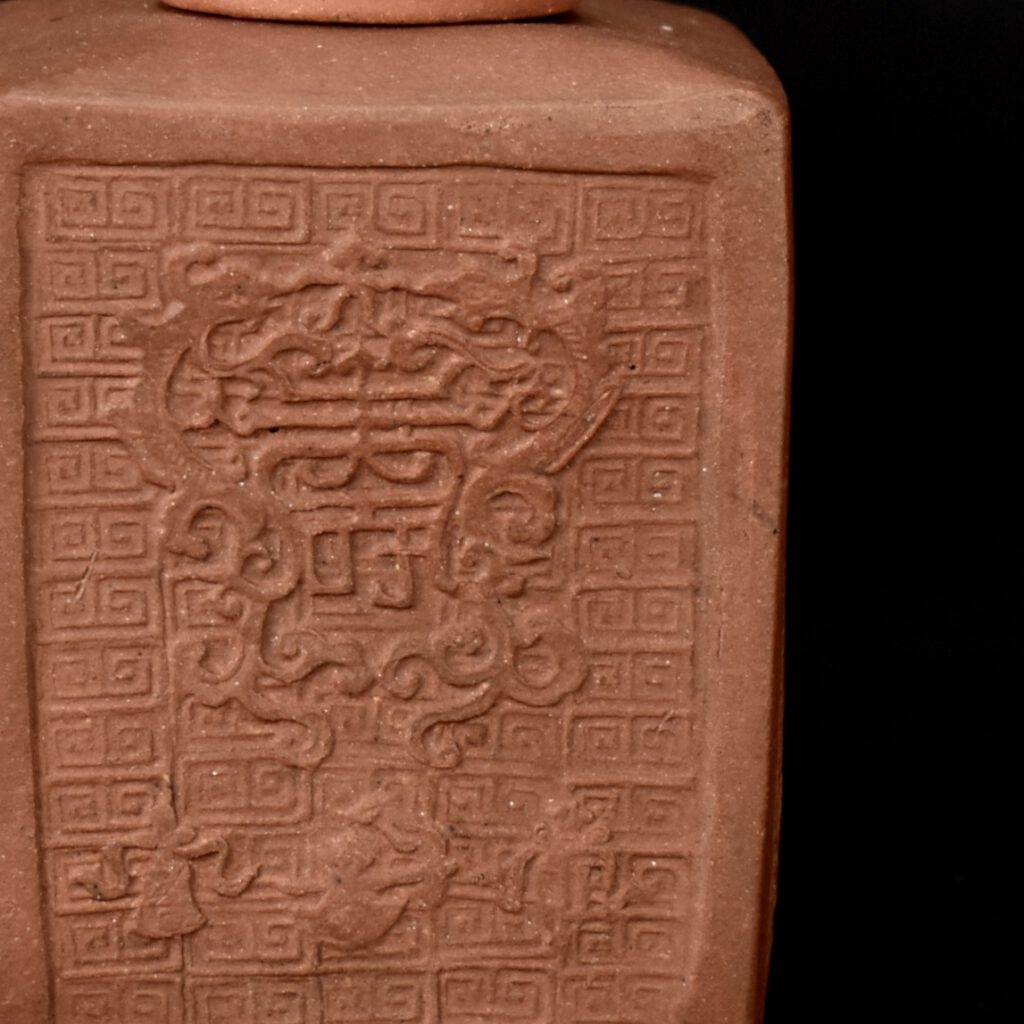 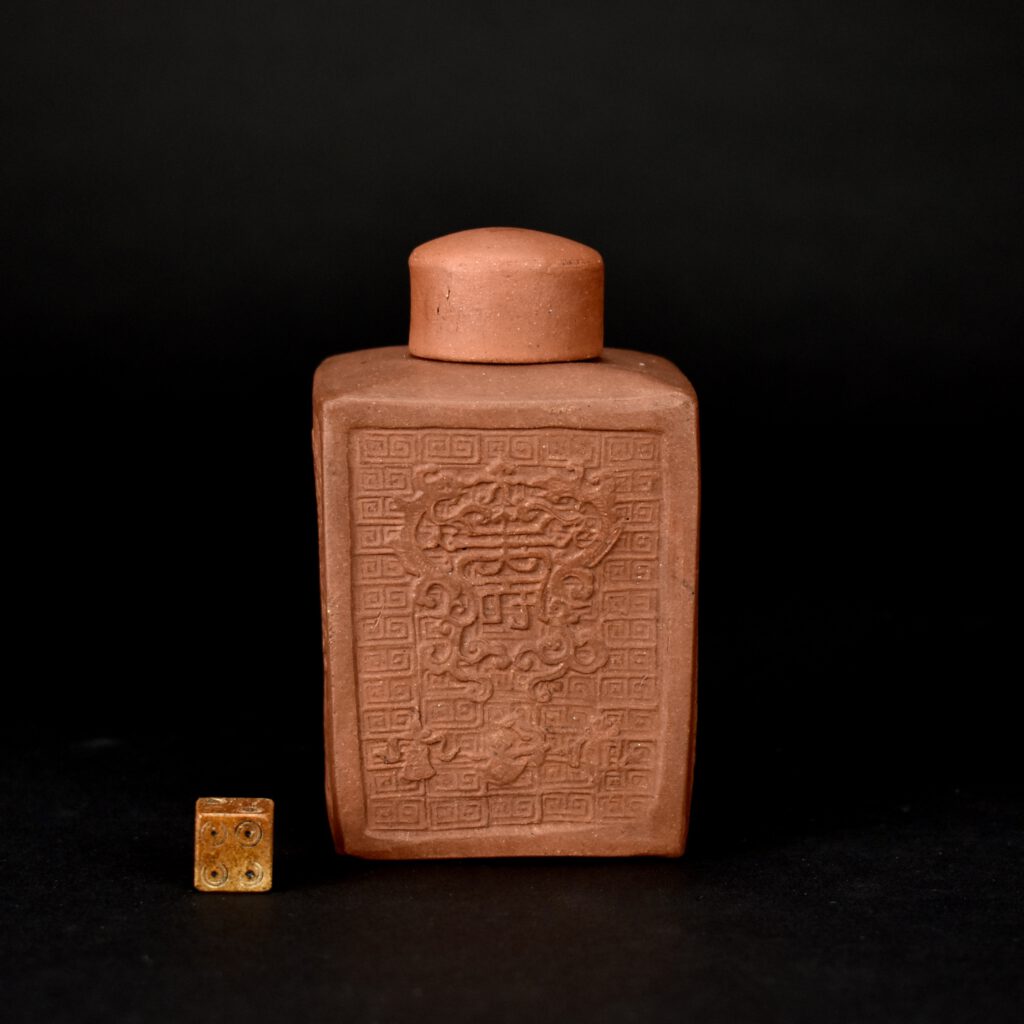 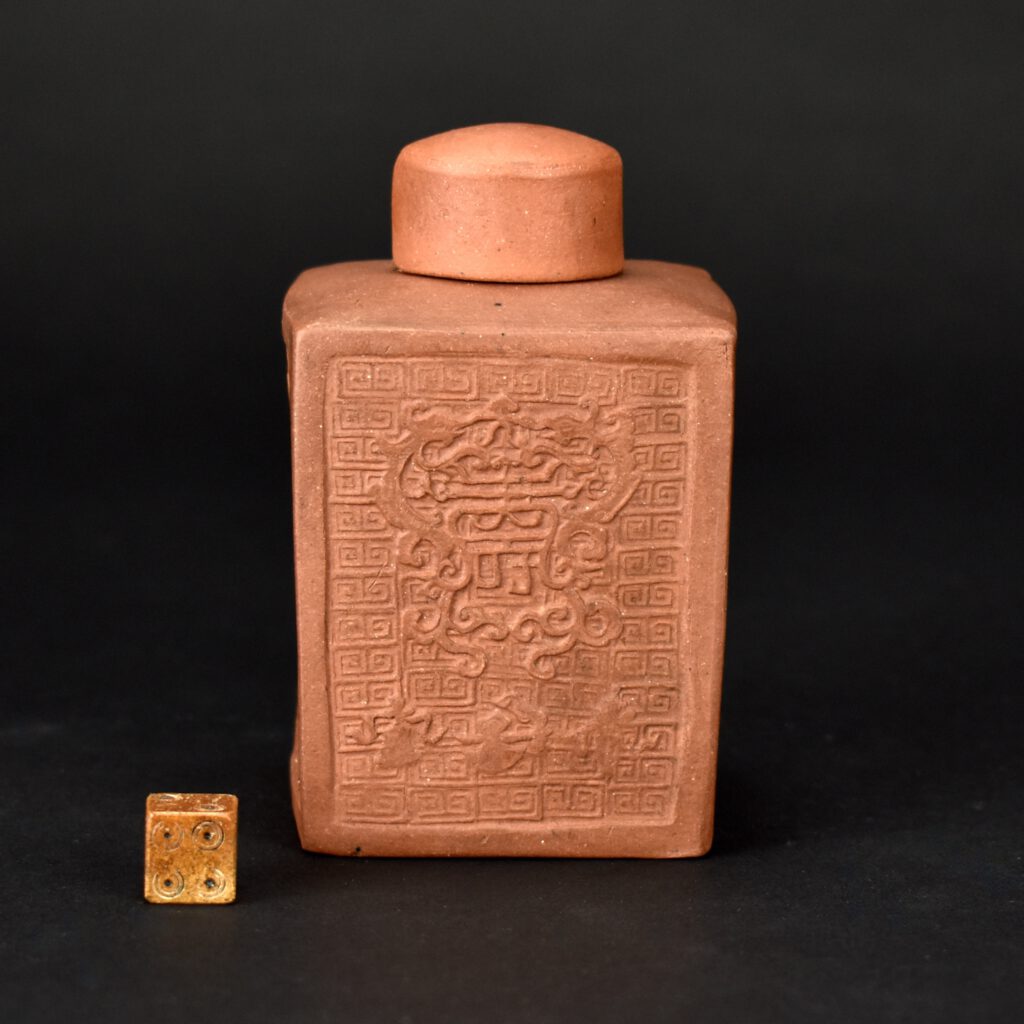