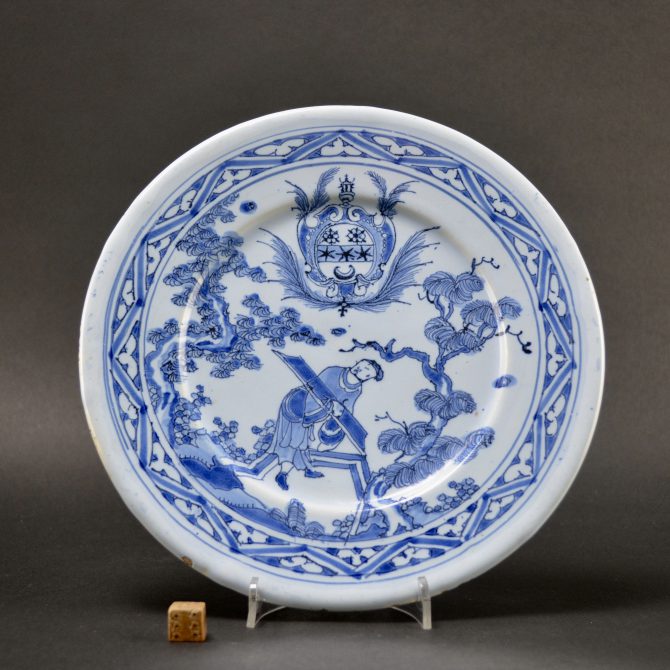 A Late 17th Century Nevers Blue and White Chinoiserie Armorial Dish. This small thickly potted dish is painted in the Chinese Transitional style with a Chinese man in a garden landscape, he is holding what should be a scroll-painting. Above this scene is a French armorial, the base is inscribed B.F. in capital letters, presumably the initials of the owner. The Nevers pottery was started in the French town baring the name in around 1588 but it was the founding of Compagnie française pour le commerce des Indes orientales (The French East India Company) in 1664 that Chinese subjects became more fashionable. 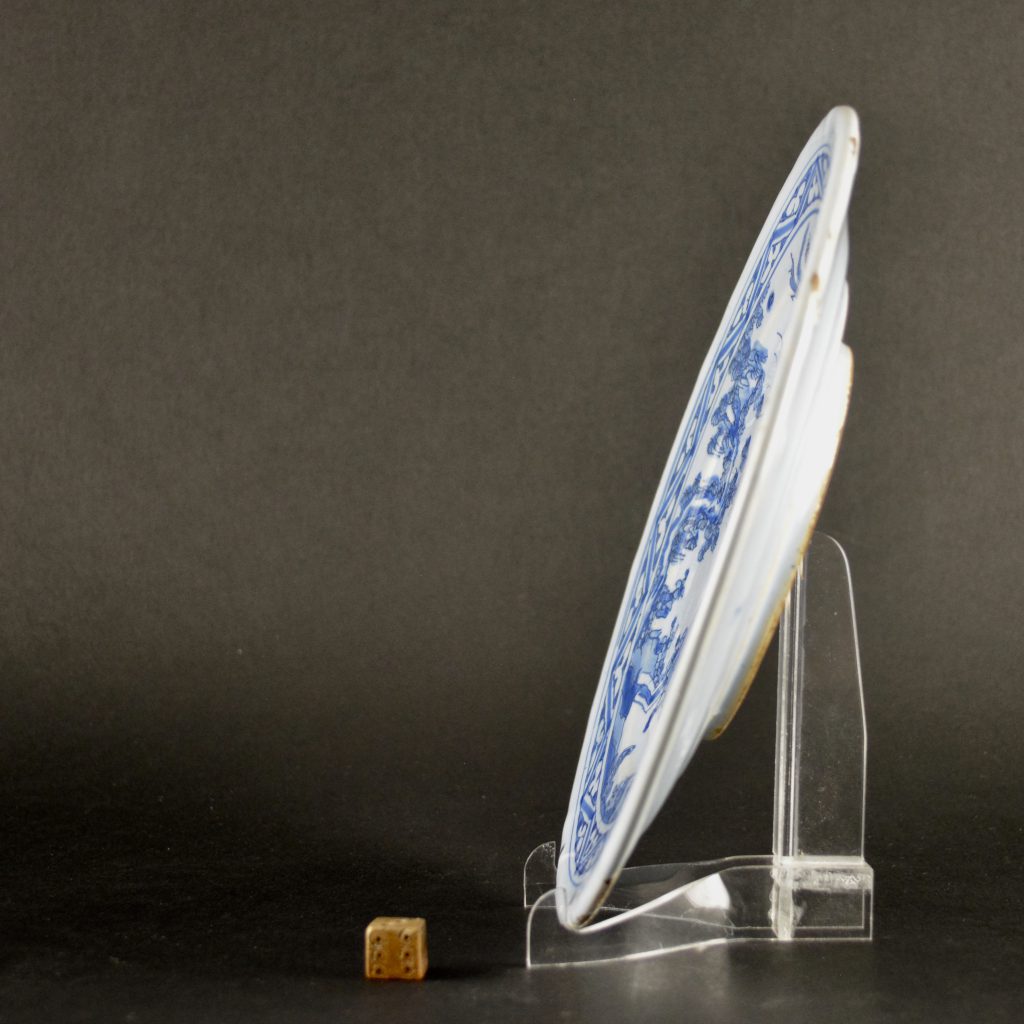 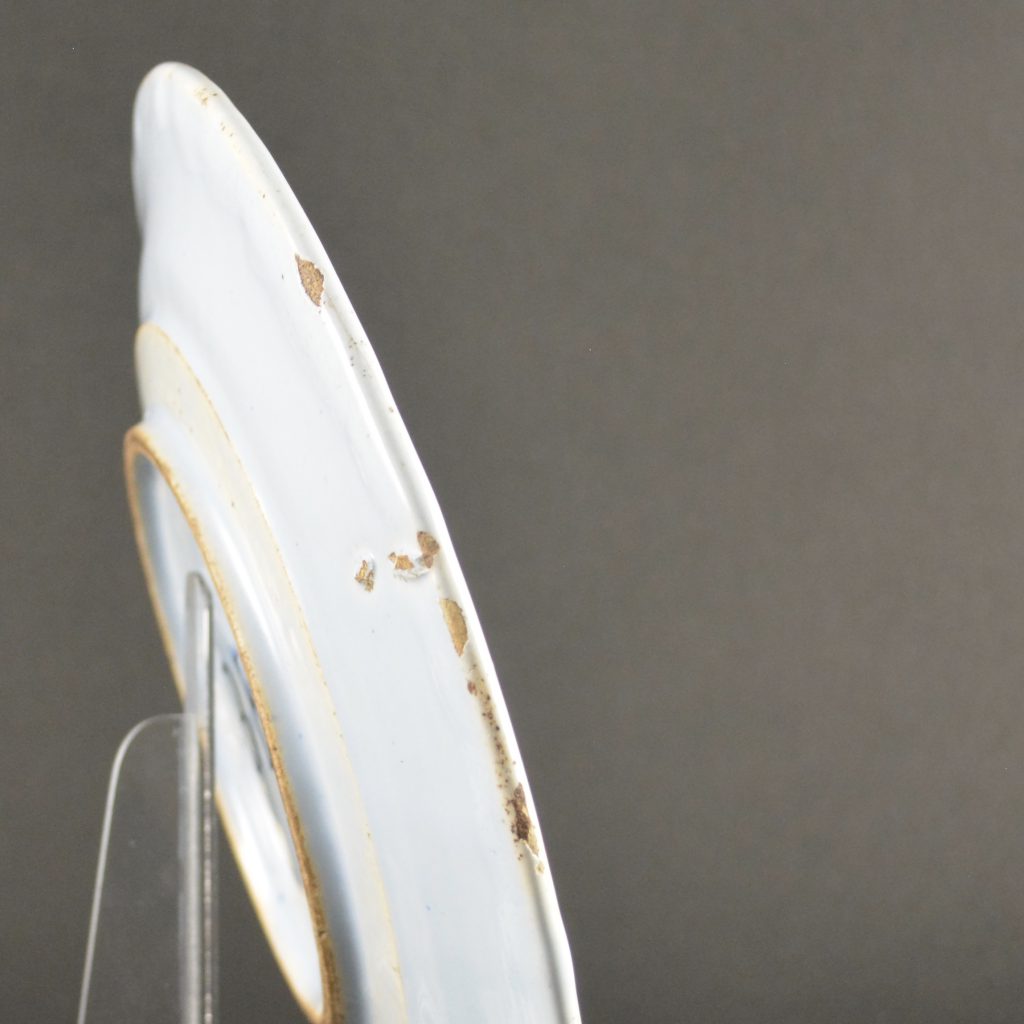 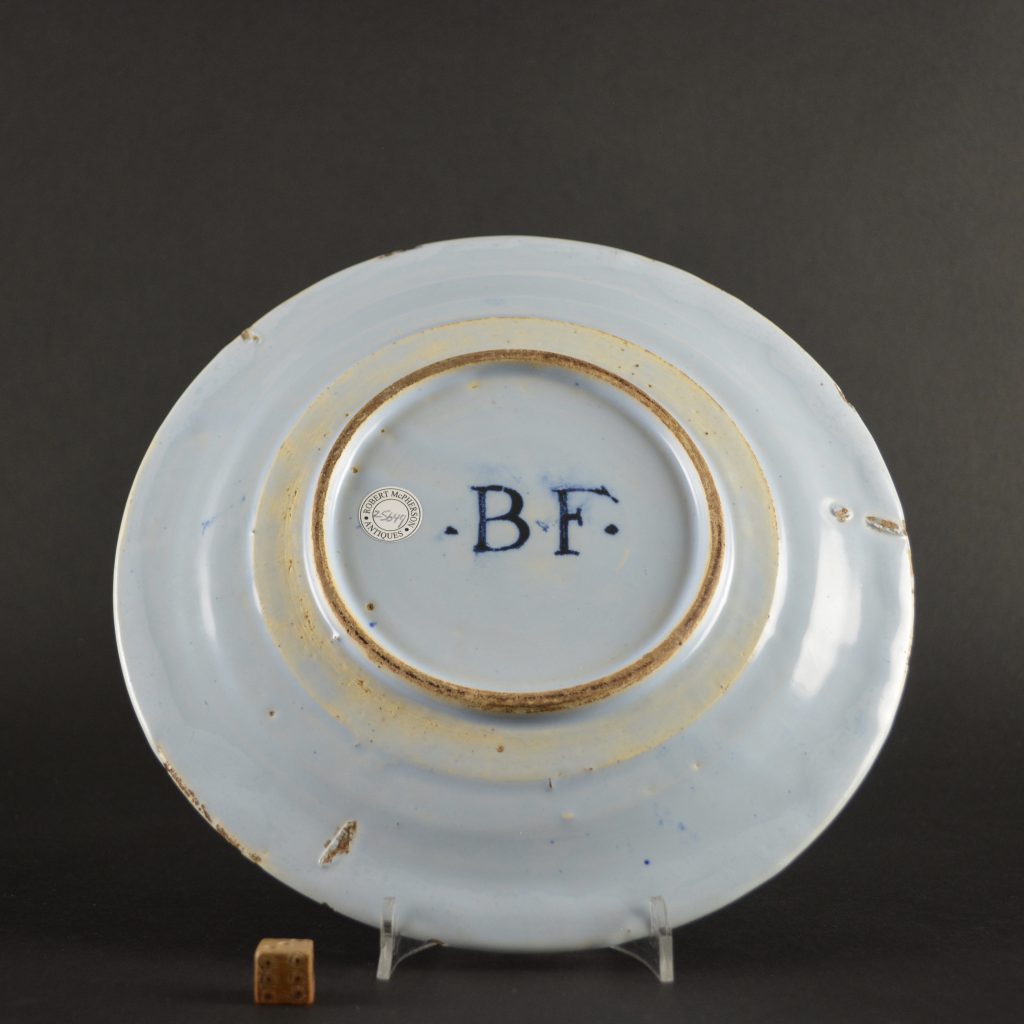 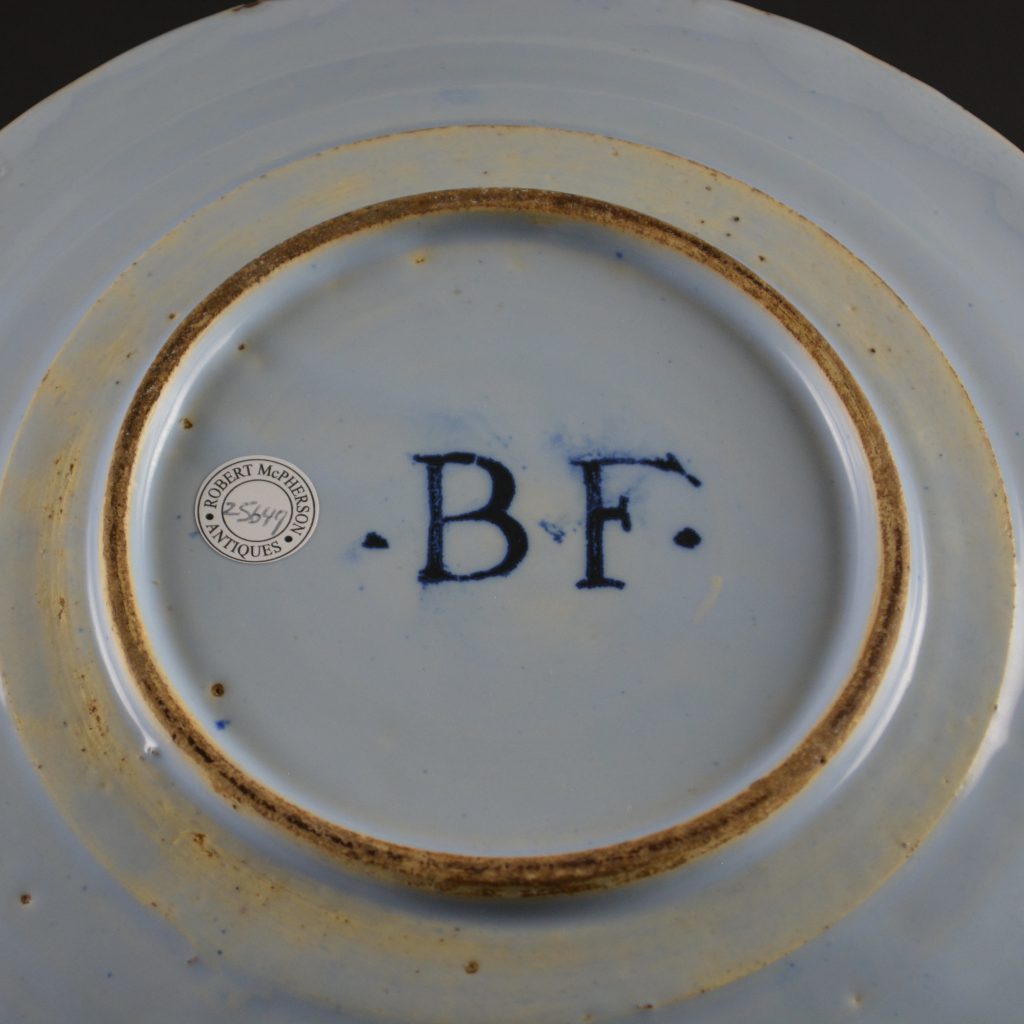 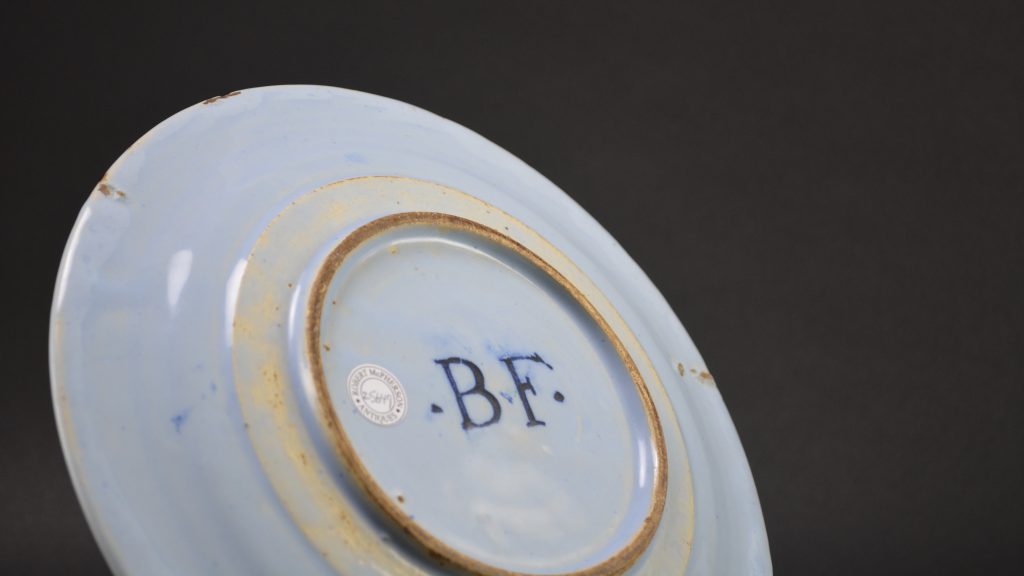 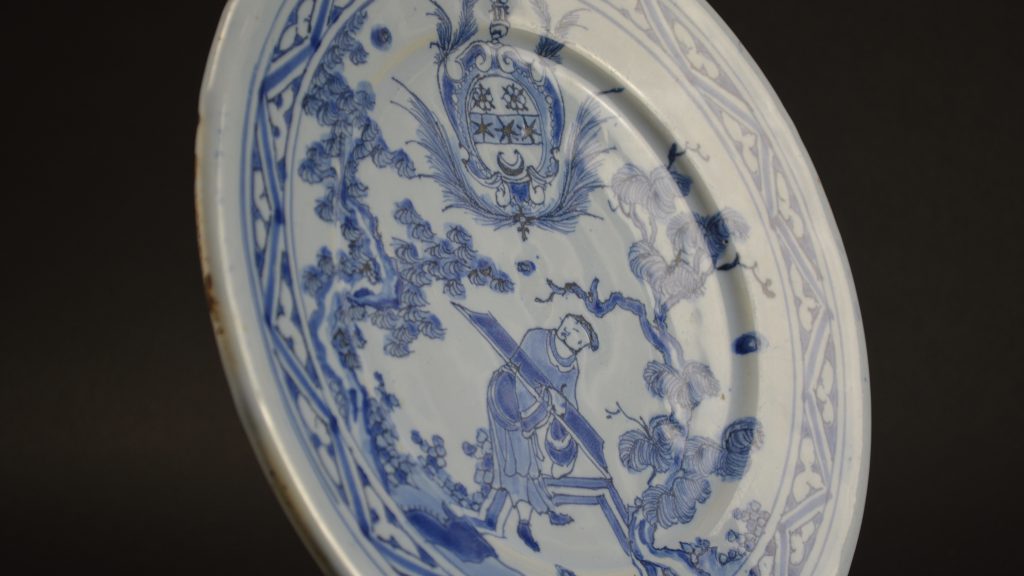 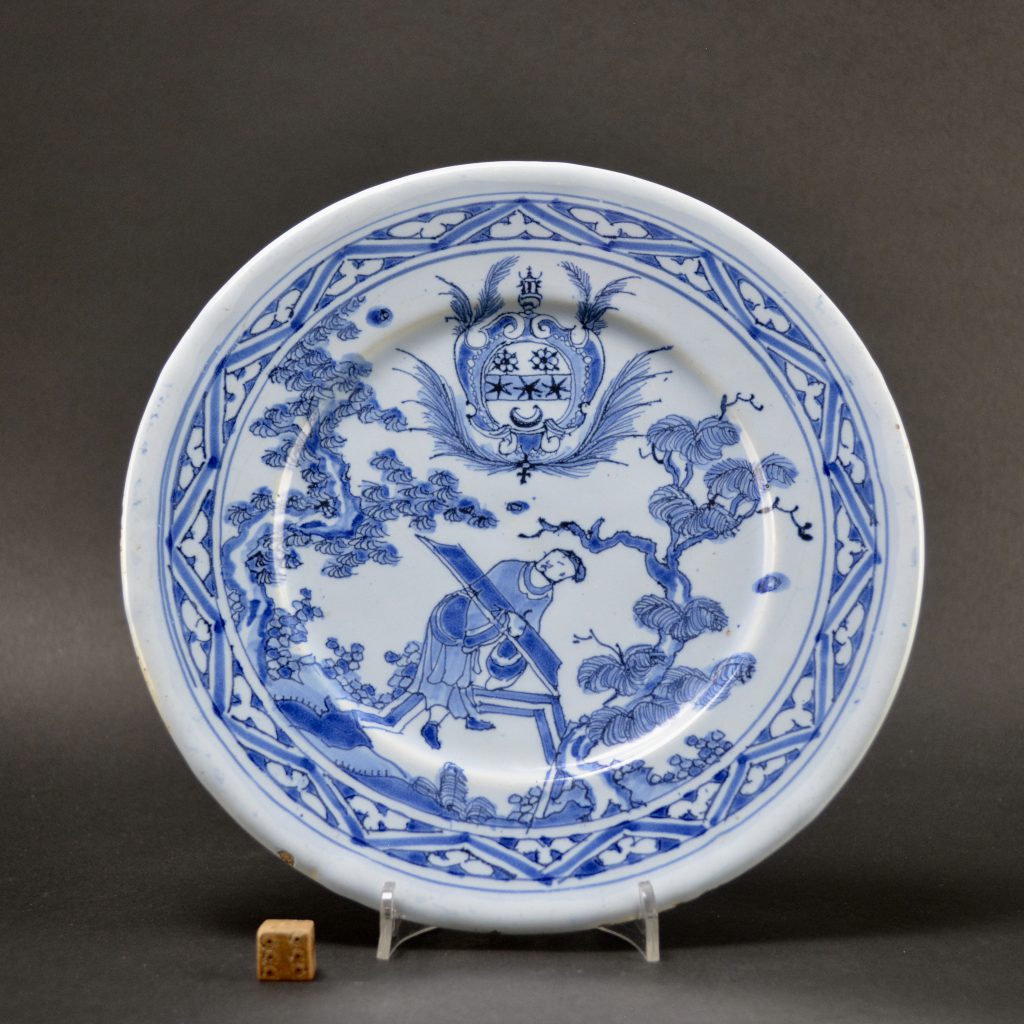