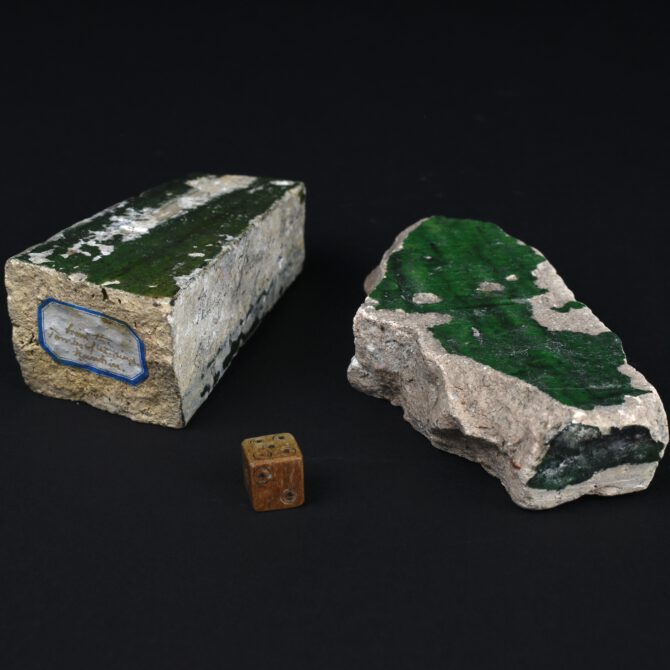 Two Ming Pottery Fragments, 1368-1644. Recovered from Ming tombs in around 1900, perhaps from Da Bao’en si, Nanjing, Jiangsu province. They were purchased from a small collection of curios put together in around 1900 with an early Ming porcelain brick from Da Bao’en si, Nanjing dating to c.1412-1419. The present fragments comprise a tapered square section of green lead-glazed brick which has glaze on four sides, the top and bottom are broken and therefore are unglazed. One side has residue of rice paste mortar consistent with tomb building. The other fragment appears to be from a thick tile. The tapered fragment is inscribed on an old label from the late 19th or early 20th century as “from the tomb of the Mings….” the place name is difficult to read but it could be ‘Nanking’, now referred to as Nanjing, home of the Ming Xialong Imperial tombs . There is also an feint inscription in pencil directly on the pottery.

Condition
Not great.
Size
Maximum 12 cm (4 3/4 inches)
Provenance
Purchased from an English collection of curios put together in around 1900 with an early Ming porcelain brick from Da Bao'en si, Nanjing dating to c.1412-1419.
Stock number
25752 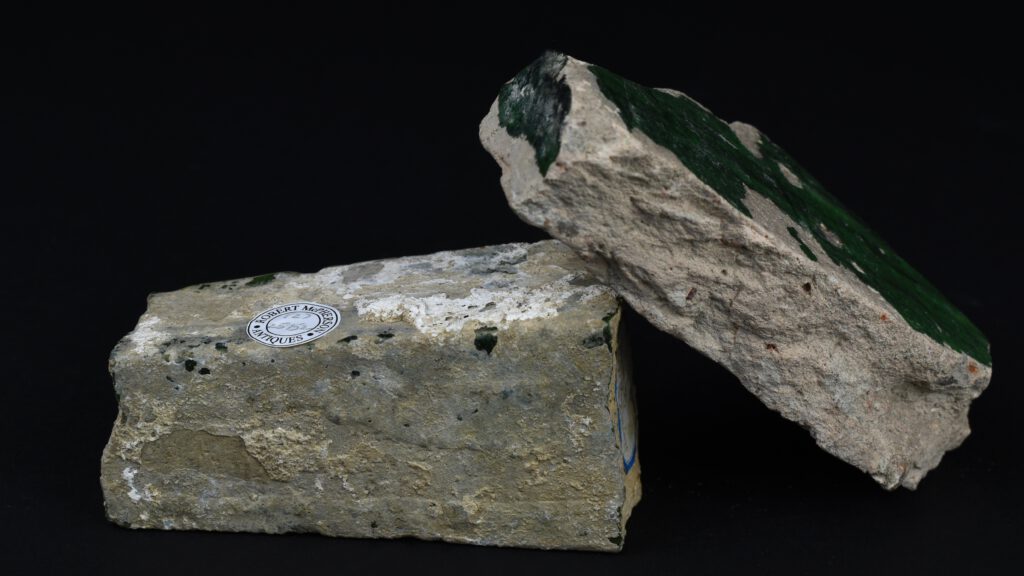 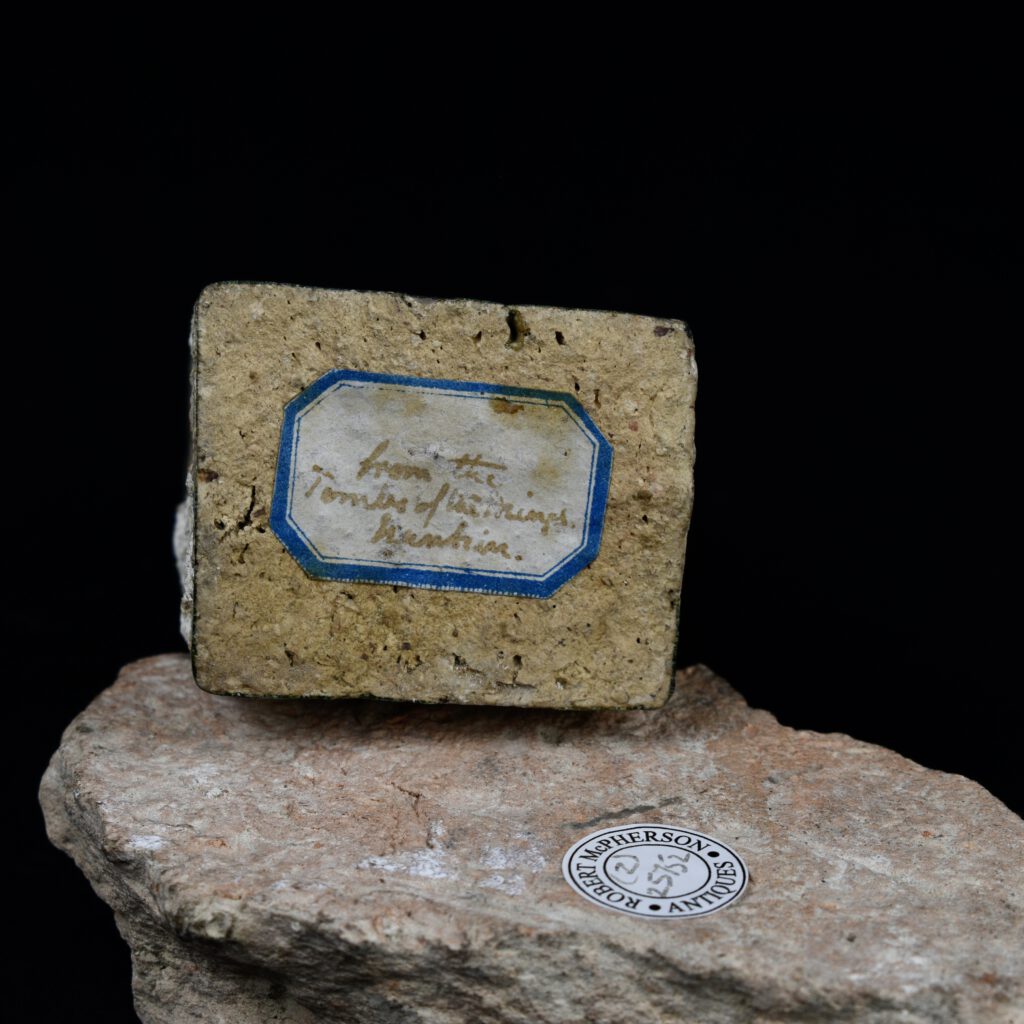 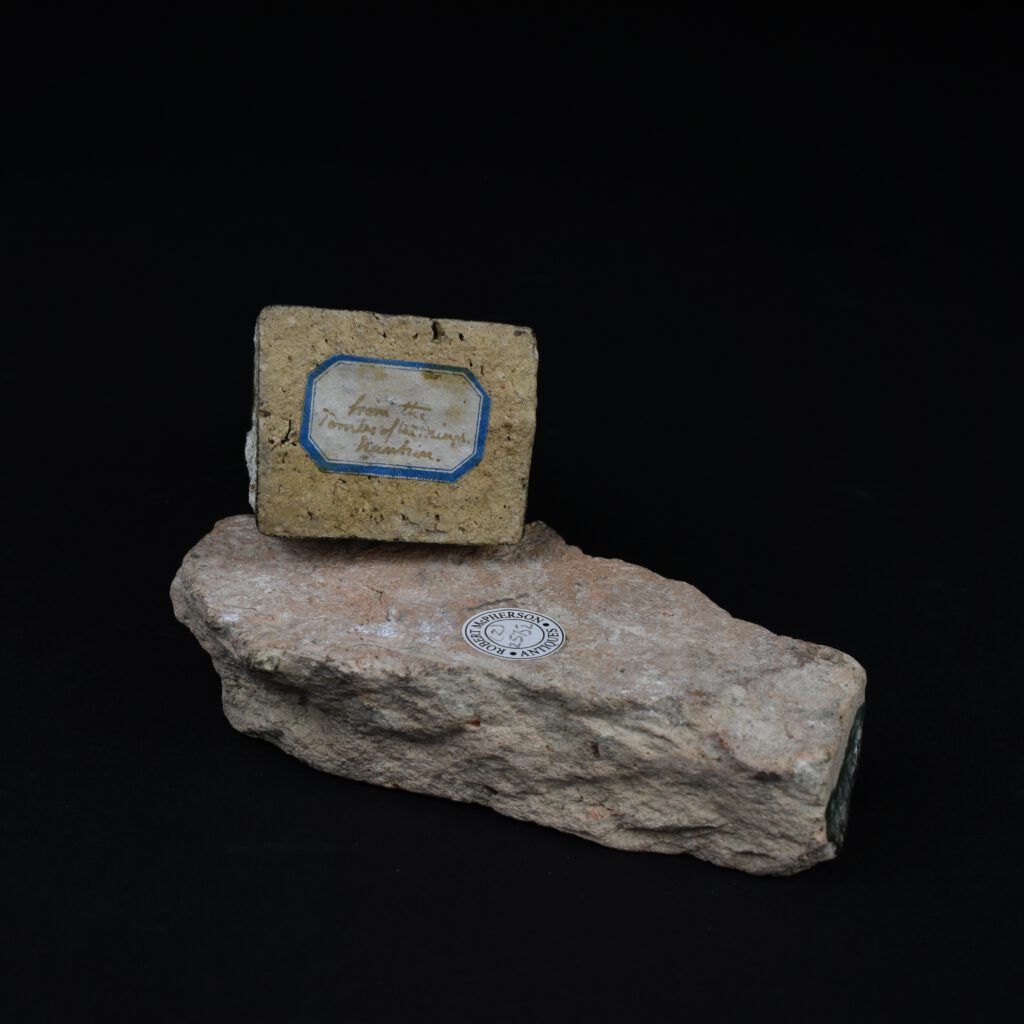 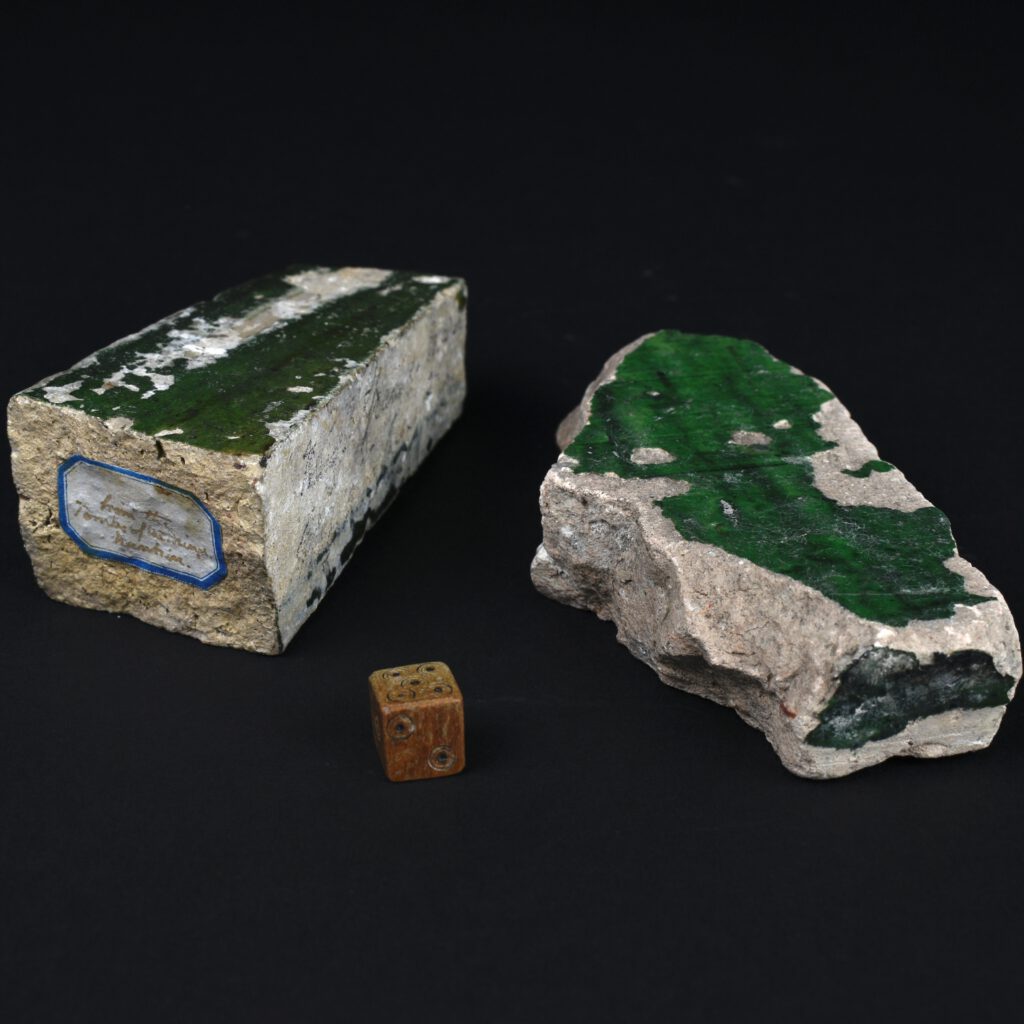