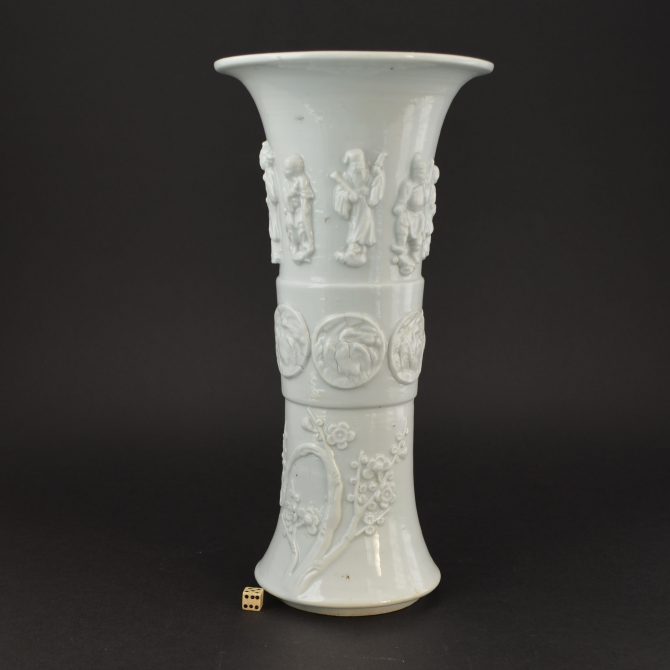 An 18th century Blanc de Chine porcelain Gu vase, Dehua kilns, Fujian Province, Kangxi to Qianlong. The thickly potted vase has appliqué decoration an upper register is of the The Eight Immortals, below that on the central raised section are crane roundel. The lower section is decorated with applied prunus. 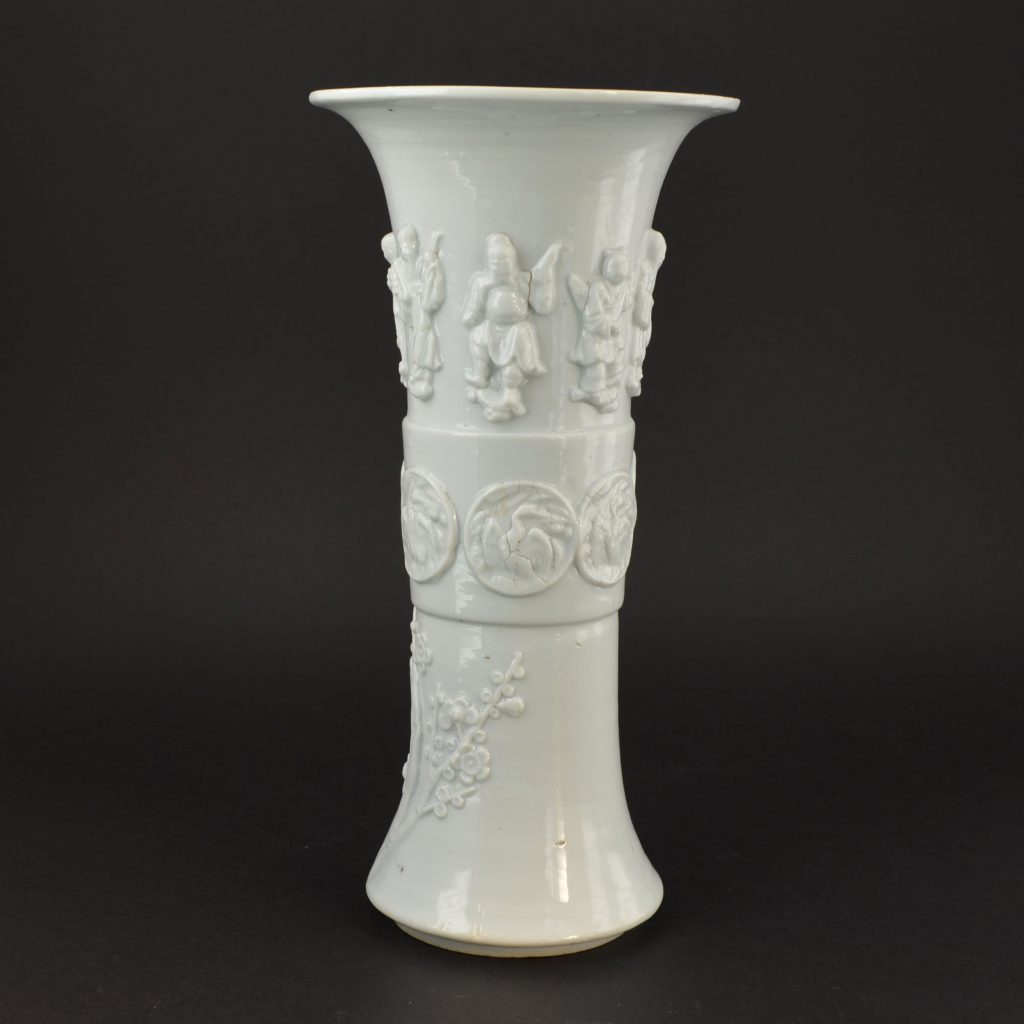 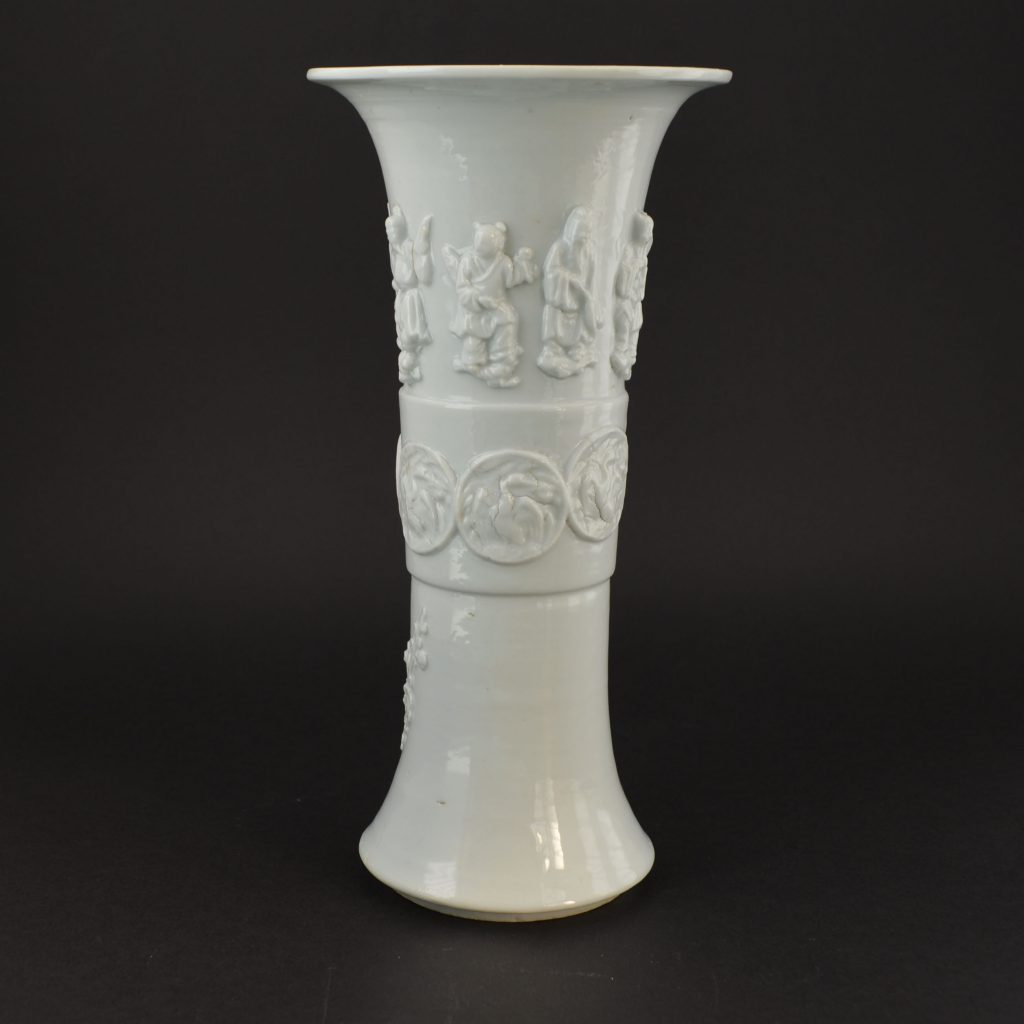 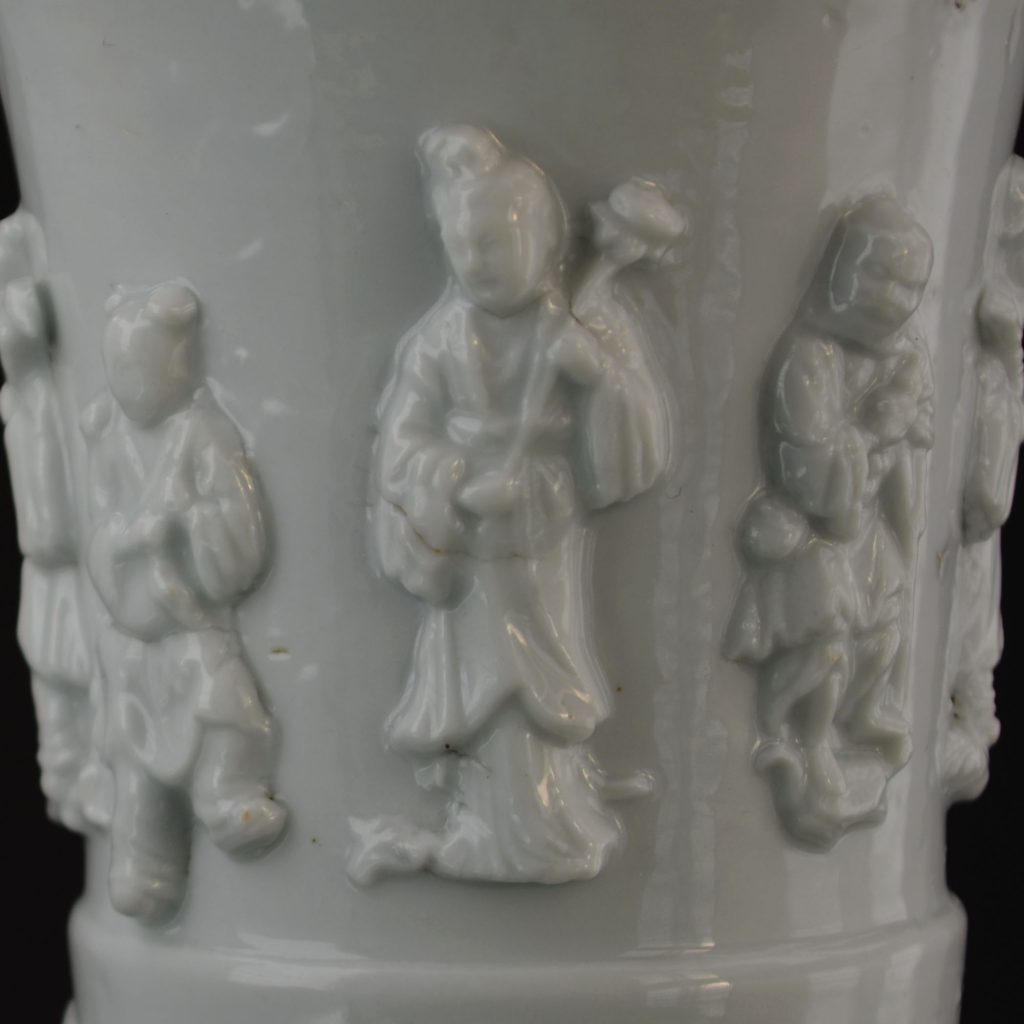 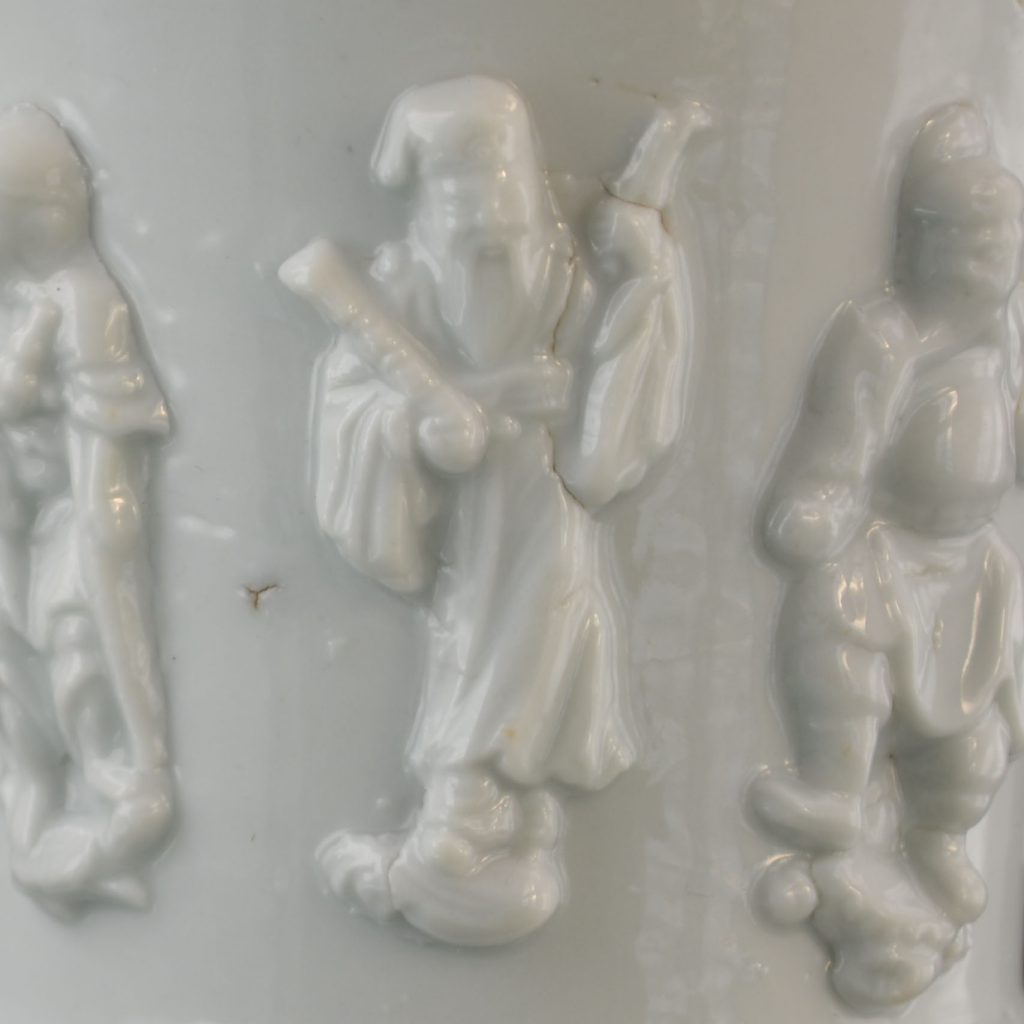 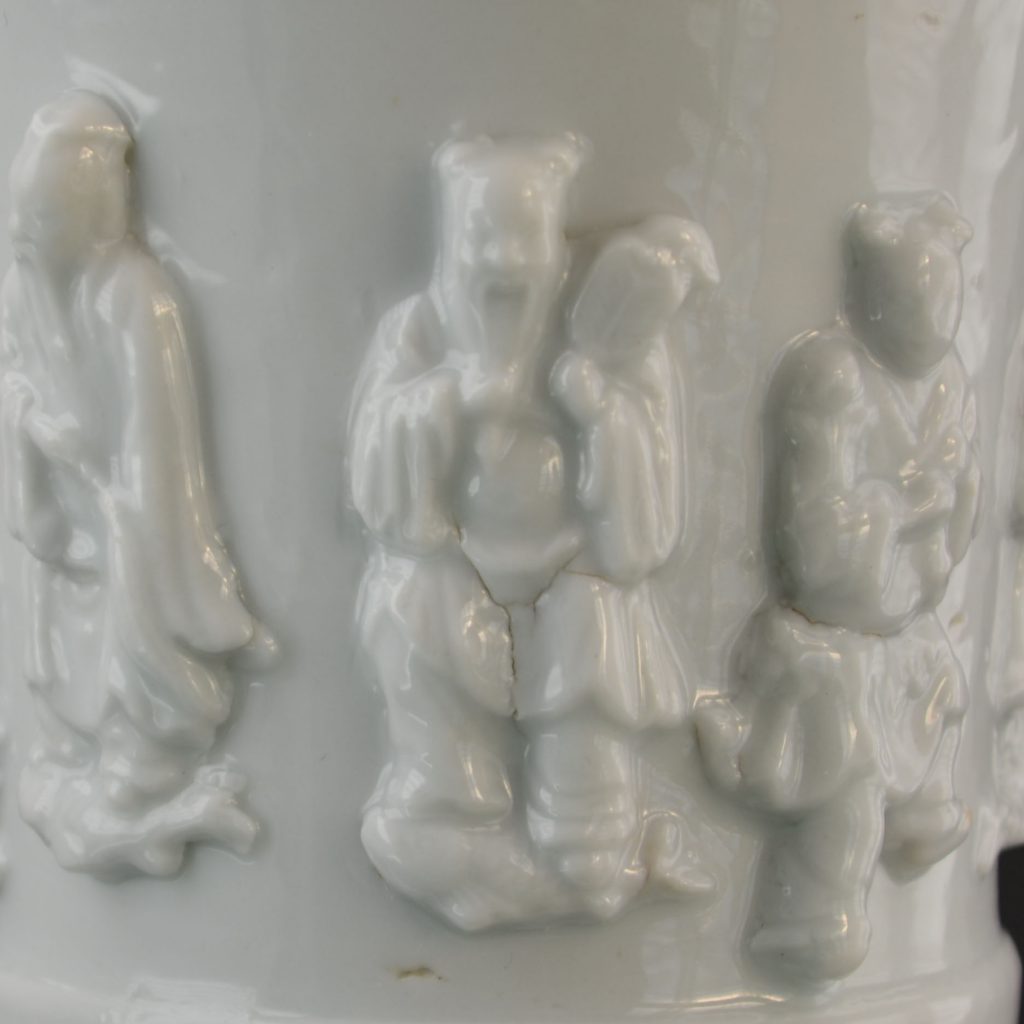 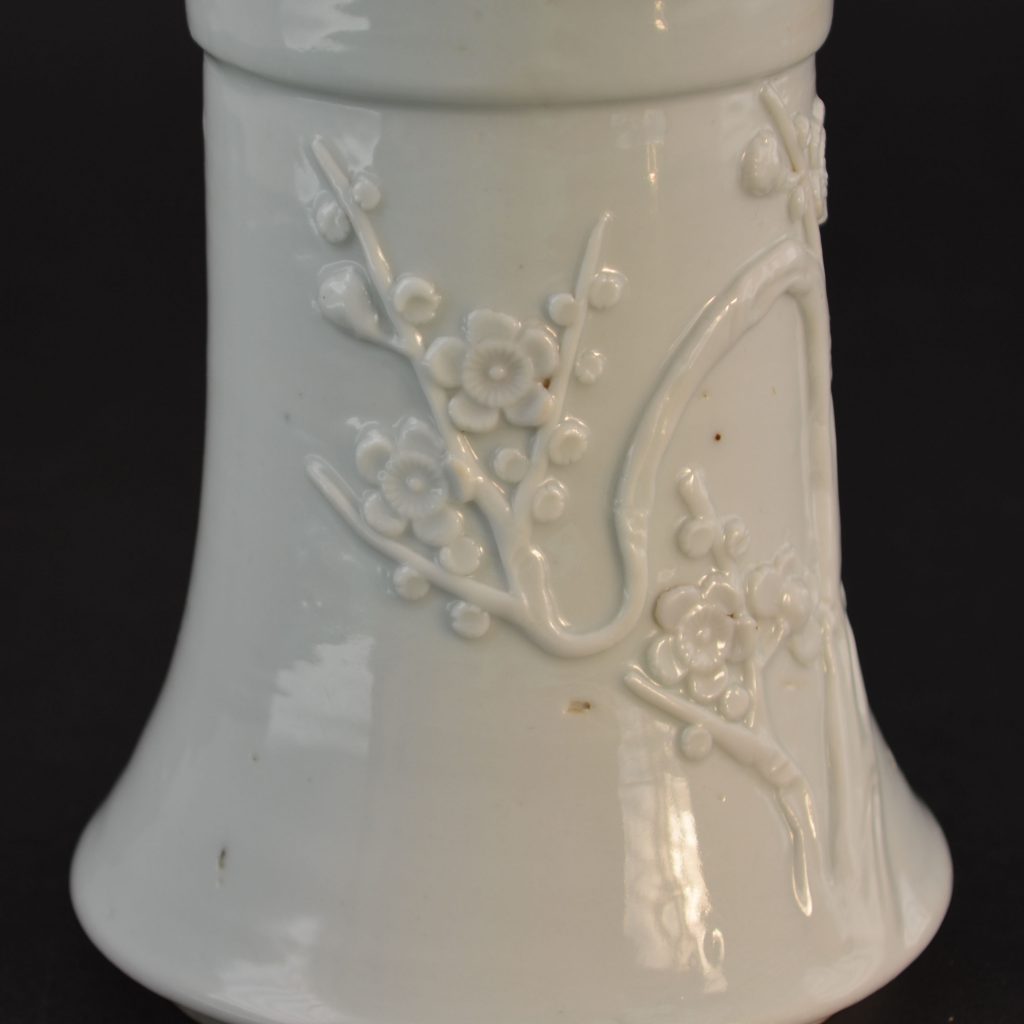 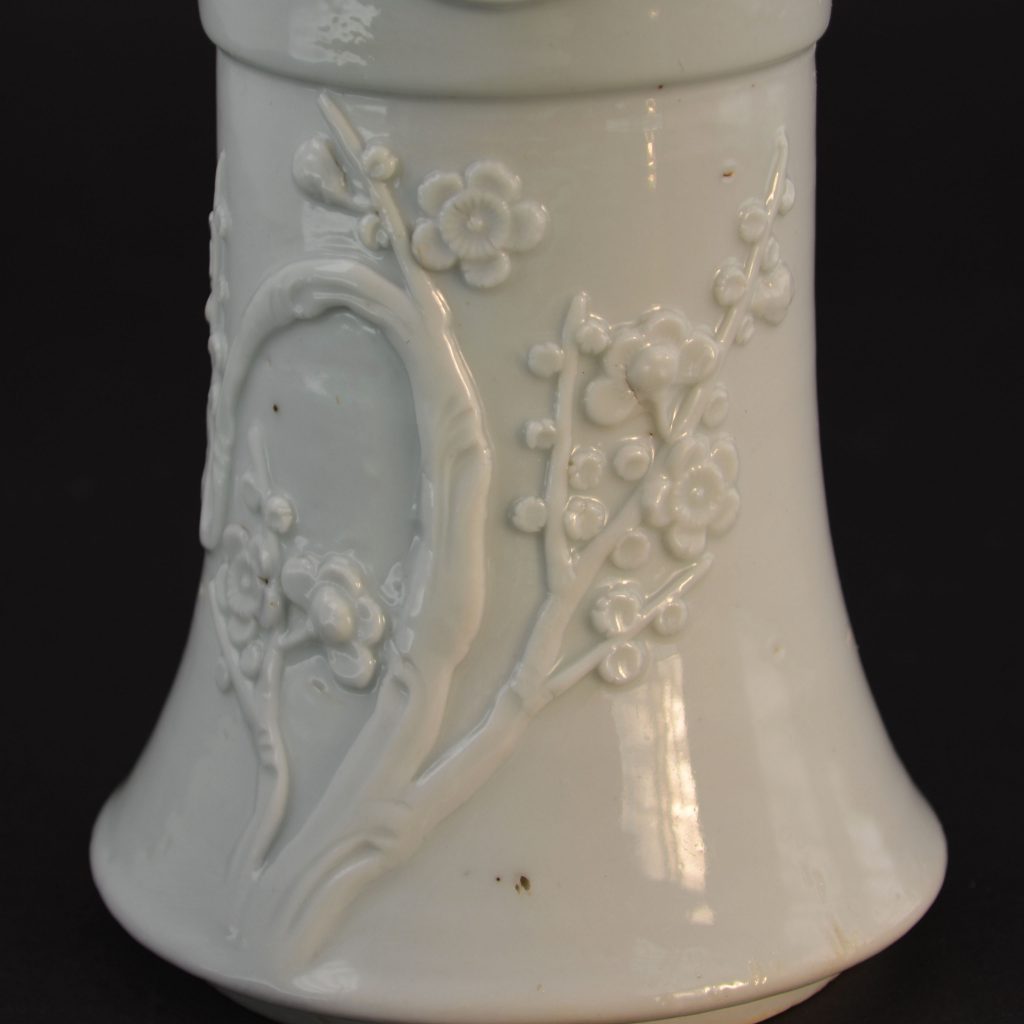 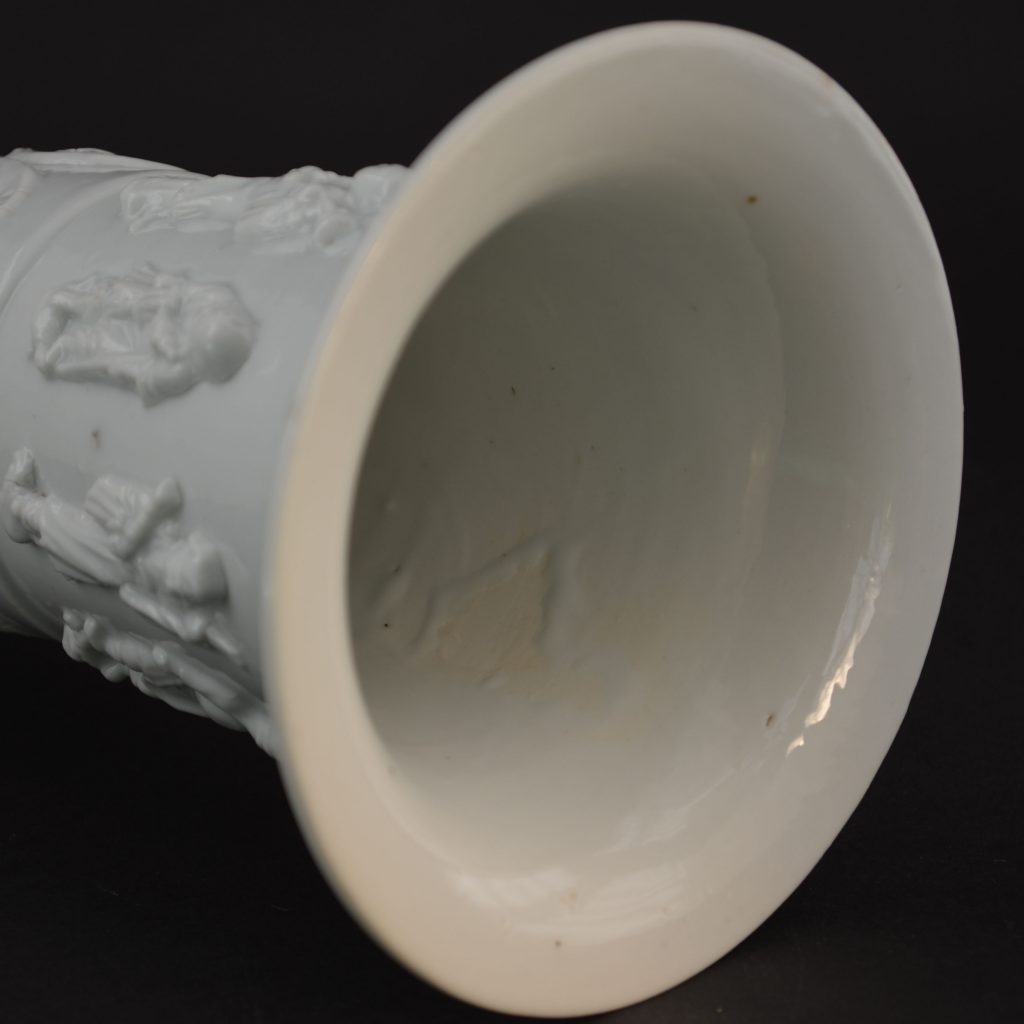 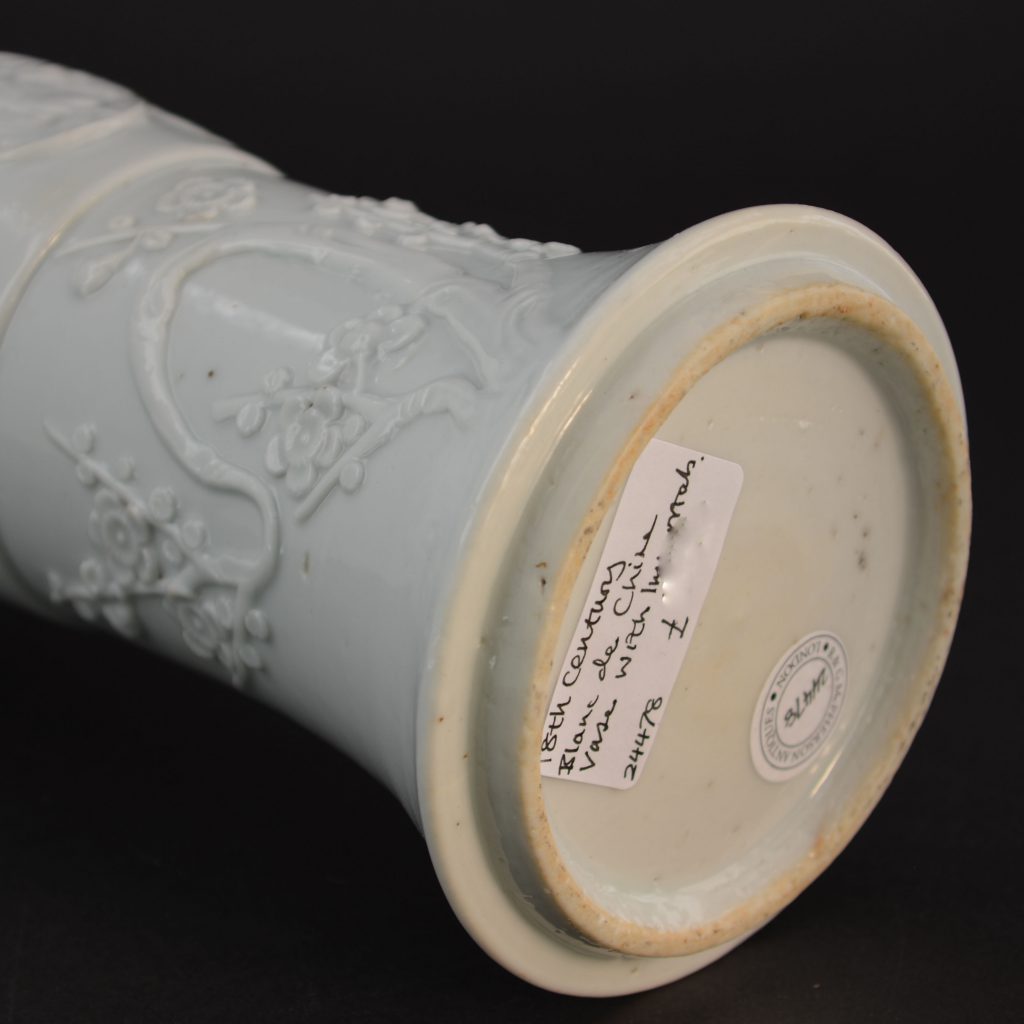 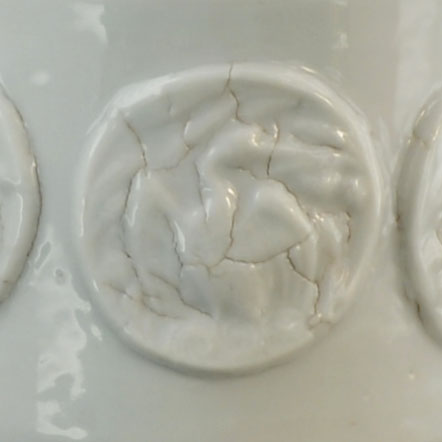 The Eight Immortals :
The Eight Immortals are a group of legendary Xian, immortals or transcendents in Chinese mythology. Each Immortals power can be transferred to a power tool that can give life or destroy evil. Together, these eight tools are called `Covert Eight Immortals`. Most of them are said to have been born in the Tang Dynasty or Song Dynasty. They are revered by the Taoists, and are also a popular element in the secular Chinese culture. They are said to live on Penglai Mountain-Island. The Immortals are : Immortal Woman He (He Xiangu),Royal Uncle Cao (Cao Guojiu),Iron-Crutch Li (LiTieguai),Lan Caihe,Lü Dongbin,(leader)Philosopher Han Xiang (Han Xiang Zi),Elder Zhang Guo(Zhang Guo Lao),and Zhongli Quan.