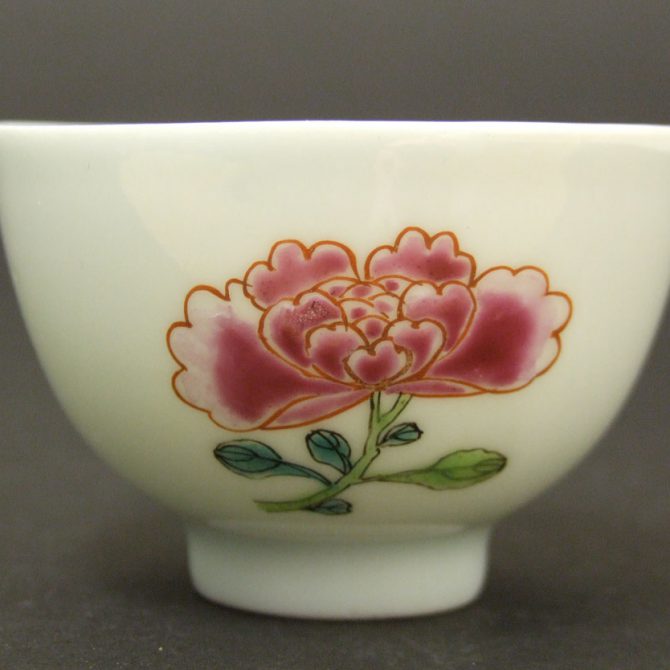 A Finely Painted Yongzheng Famille Rose Cup, Six Character Yongzheng Mark and of the Period 1723-1735. Decorated in the Chinese Taste with Chrysanthemum and Peony. 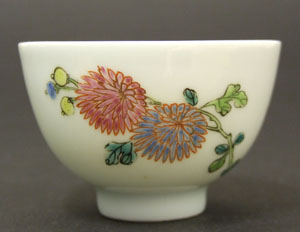 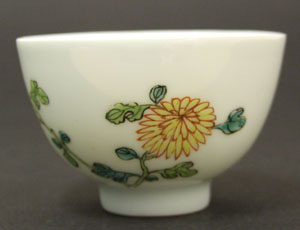 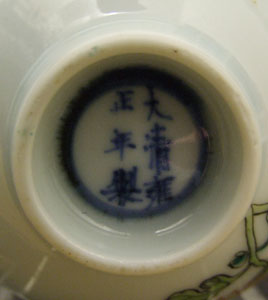 While this cup bares the six character mark of Yongzheng and is of the period, it is unlikely to have been made by Imperial command.

Peony :
Peonies are the most commonly encountered flower on Chinese porcelain, indeed in Chinese art in general. There are two cultivated types of peony commonly depicted, the tree peony Paeonia Suffruicosa (Mudan) and the herbaceous peony P.Lactiflora (Shaoyao). Both have rich exuberant flowers with thin silk like petals but the plants are rather different to each other. The tree peony is not in fact a tree but a deciduous shrub, sometimes rather large and sprawling, it has irregular woody stems. It shares a similar leaf and flower form to the herbaceous peony but they are not close in other ways. The Chinese refer to the peony as the `King of flowers` and are seen as equivalent to the first rank among officials. The flowers are closely associated with royalty because they have been grown in imperial gardens since the Sui dynasty (581-618). The peony is one of the flowers of the four seasons and represents the Spring. It symbolizes wealth and honour, honour in the sense of high rank, having an official position, or high social status.